West Coast of the States 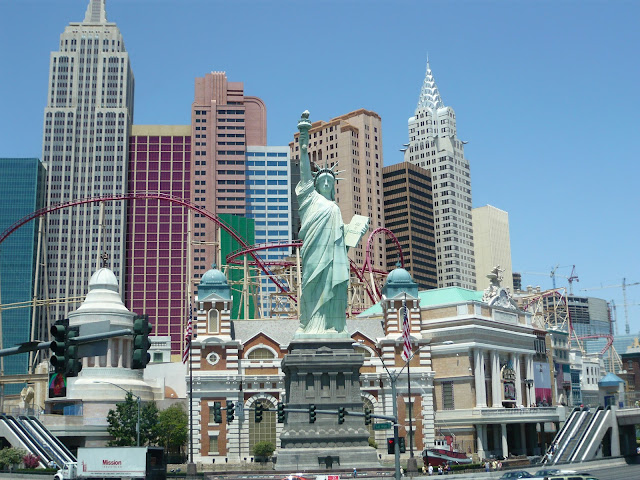 San Francisco, Los Angeles and Las Vegas. Totally the ideal summer break. We had so much on our agenda; visit Auntie Amy in SF, clear the outlets in Vegas and chill out on Beverley Hills in LA. It wasn’t a short trip, so I have saved the little details and picked out the best bits…
Problem with a morning long-haul flight from Hong Kong is that we land as walking Zombies in the afternoon. Frankly I had no recollection of the evening I landed despite my aunt & uncle’s hospitality.
The next morning we were already on a plane to LA. While I was spoilt enough to have visited almost every Disneyland around the world (ironically, not Hong Kong’s), this was my Bro’s first. Mum felt bad for depriving him, but at 16… 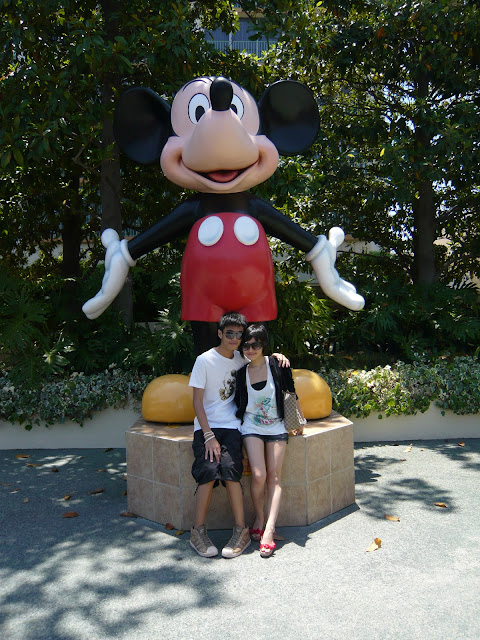 After the Disney day, we basically passed out from fatigue. I remember taking the most expensive pre-booked cab from the theme park to Beverley Hills, where we checked into our hotel around 5. Then we blacked out. 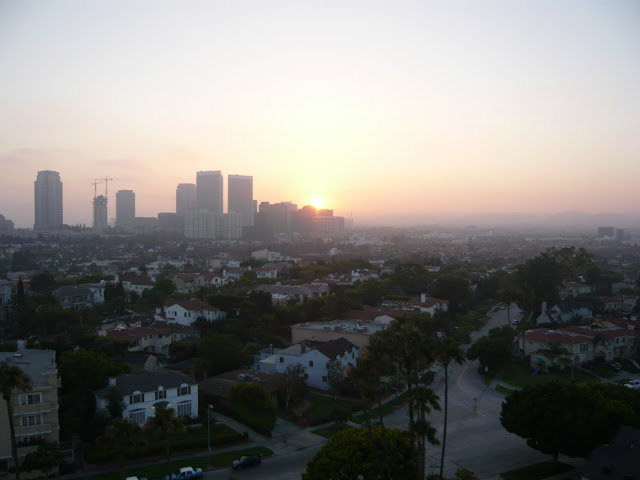 How long does this jetlag thing last?
We also had Universal Studio on our schedule. We were up at 7… obviously too early for the rides. The universal village kept us occupied for a good hour though. 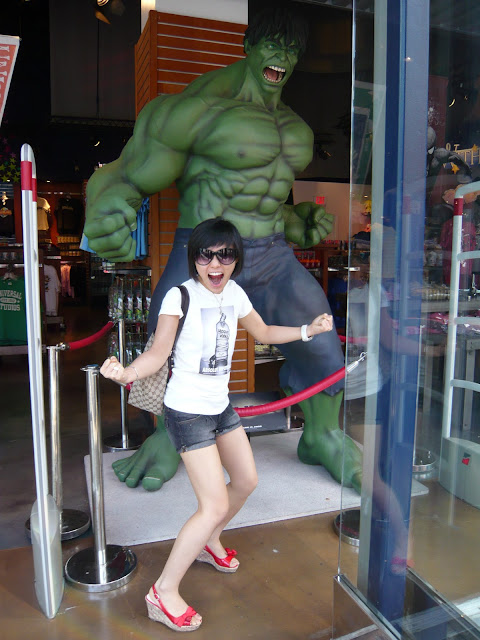 To say breakfast at the village was hearty is an understatement.  Mum and I shared a tortilla, yet we still struggled to finish. Dad’s three-egg omelette left him a very happy man, albeit high in cholesterol; and Bro had a relatively normal-size waffle, slapped with (a pile of) cream and (a bottle of) chocolate sauce, topped with (a basket of) fruits. 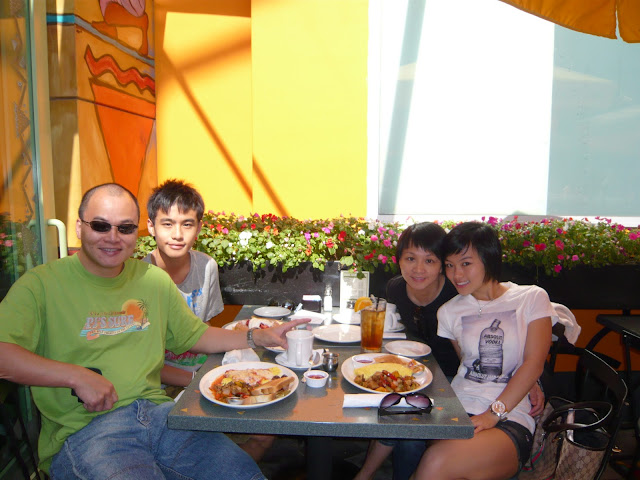 Vegas, the hottest place in the States. Literally. It hit a scorching 43 degrees during our stay.
Dehydration, excessive walking, jetlag and George Bush meant we were knackered. So we settled for the in-house restaurant at MGM, so we could drag our zombie arse back upstairs straight after dinner and snore. The Rainforest café was relaxing, the chimp giggle reminded me of the prick I used to work with, and the starry ceiling with the occasional wishing star was sweet. 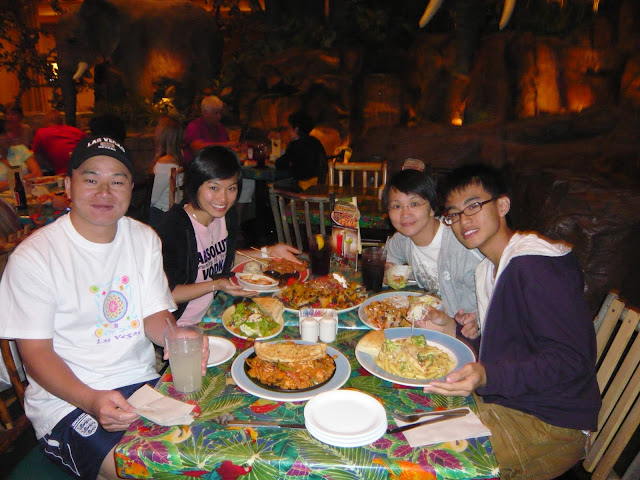 Why do they call it starters when they were the size of my washing basin? That plate of nachos could feed an entire row of cinema-goers. I thought I had taken the supersizes into account by ordering 2 mains and 3 starters for 4 adults. Should have gone with one each.
The Steakhouse at Circus Circus has been voted the best in town for two decades. A booking was inevitable. Despite the aged hotel and deteriorating casino, the Steakhouse maintained an air of grandeur; dark mahogany frames and deep green walls and velvet curtains, adorned with various awards and certificates. The grill in the middle of the dining room was sizzling the most mouth-watering smell of juicy meat. 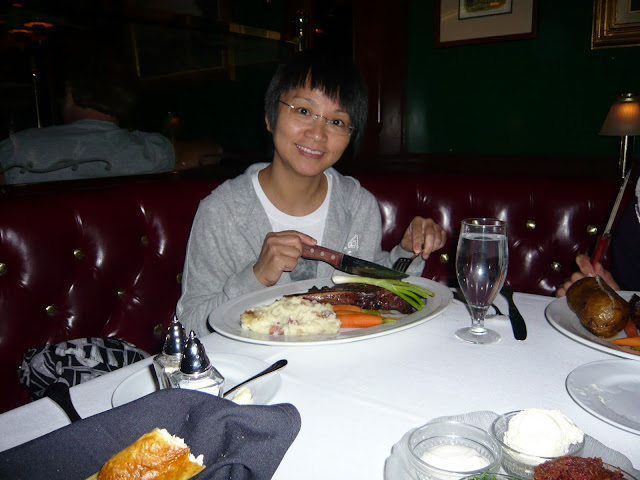 The king crab leg and oyster starter was okay. We later found even bigger Alaskan crab legs in Costco at SF for an eighth of the price, and binged on those instead. Don’t you just love drawing out the stick of crab flesh like a sword?
Porterhouse is not my kind of meat; I didn’t like it, especially when I thought it was overcooked. The ribeye, on the other hand, was beautiful. Extremely beefy and juicy and tender, perfectly aged to retain its flavours. Appreciate it was char grilled, but it could have gone easier on the char, as my steak had too much of an unpleasant bitterness.

We’re back on my uncle’s turf in San Fran and he suggested this awesome place for some good meat and fun: Texas Roadhouse Steakhouse. It was a contrast to The Steakhouse in Circus Circus. There were barrels of peanuts to entertain the ever-growing queue in a shack, and customers had the habit of dropping the shells on the floor… so rustic and cowboy like. 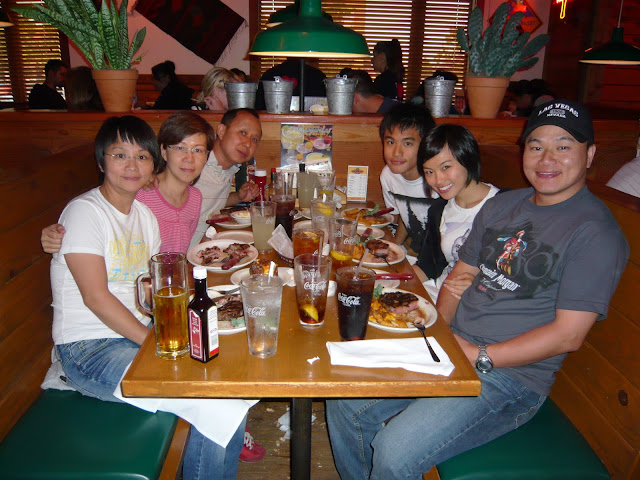 The best part – every hour the music gets turned up and the entire serving team gather and perform a Texan dance routine in their "I love my Job" t-shirt. Loved the atmosphere. Steaks were beautifully grilled too, without the burnt-bits.
Stalls selling seafood snacks swamped the Fishermen’s Wharf in San Francisco. Not all of them looked good though; dead crabs lying on the counter, miniscule scampi in fist-size batter and alien-abducted fish swimming in butter. We followed the rule of thumb and the crowd. It wasn’t the freshness of the food if I’m honest. It was the general atmosphere people enjoyed; spells of sunshine, sitting by the sea, beer in hand, more prawns in a rocky bun than one could eat.
Somehow on my way to the Cheesecake Factory, I bought a Marc Jacobs. This place is sinful. 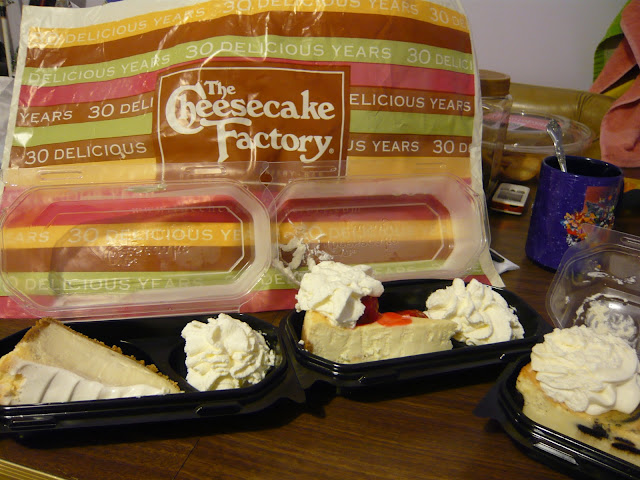 Hmm... I don't know. Maybe I was too stuffed (never was there an empty moment in my stomach for the entire 2 weeks), maybe it wasn't dense enough, maybe too sweet, I think I've had better.
A Japanese dinner to see me off, too. Another swell joint introduced by my aunt. Two massive sushi boats, with some of the best sea urchin I have tasted. 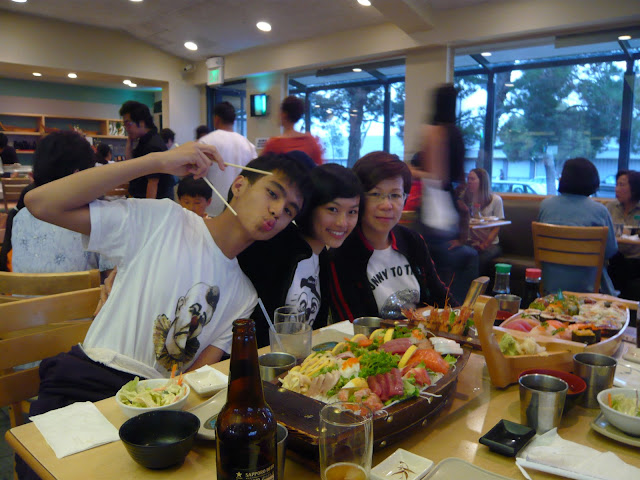 They are staying on for another week. I had my flight booked for London... with all my shopping from the 3 outlets!