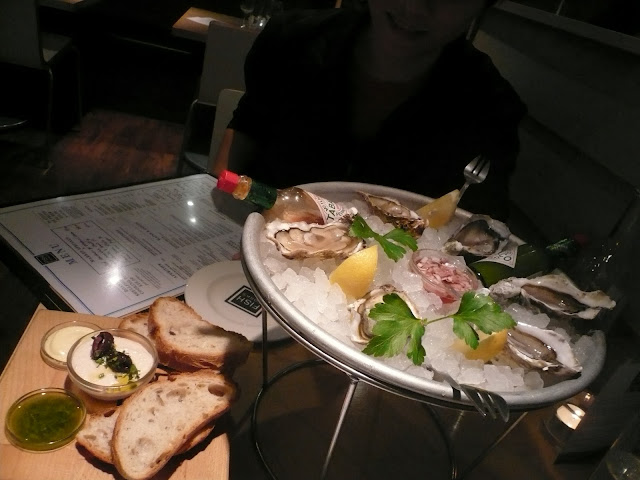 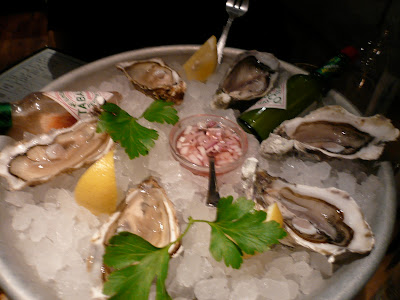 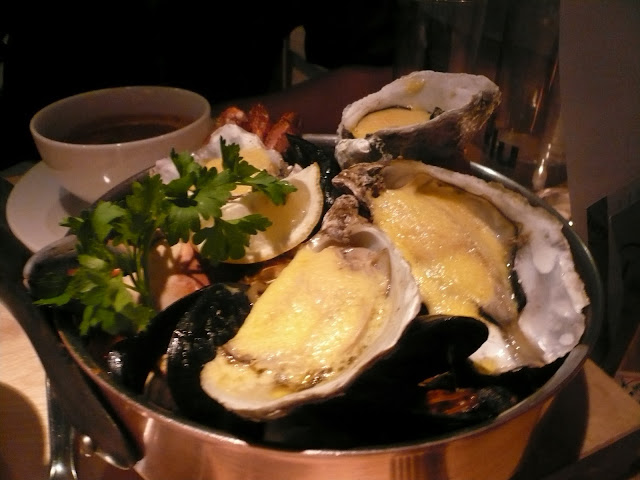 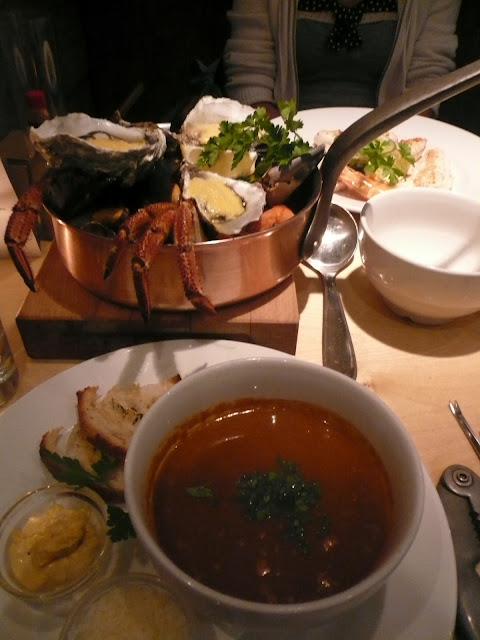 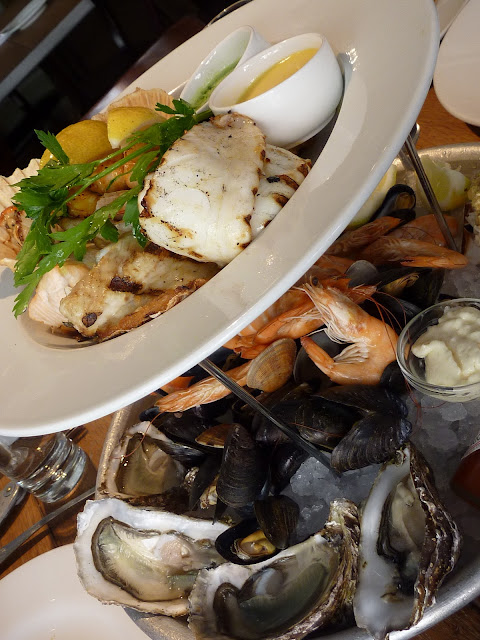 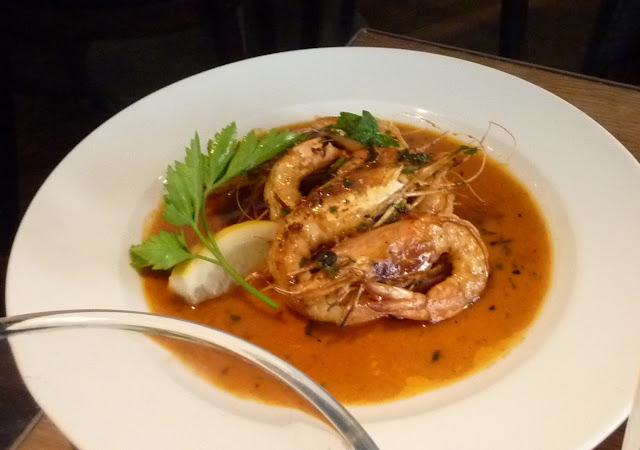 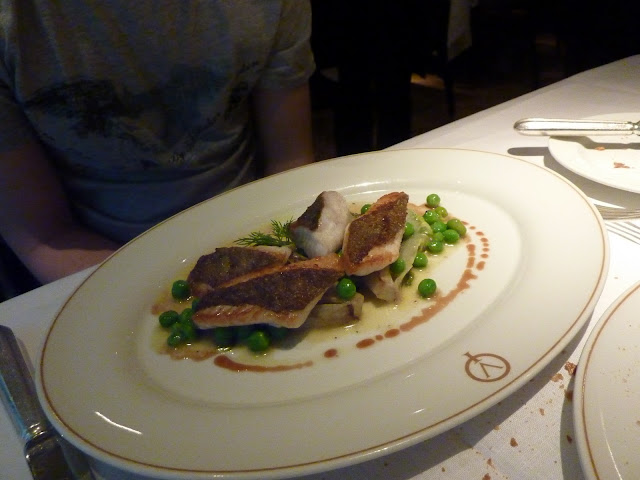 Quo vadis literally translates to ‘Where are you going?’
Sitting in the heart of Soho, the stained glass windows and revolving door somewhat stand out as an oddity among the hip bars and cafes. I did, however, like the idea of a peaceful dinner in the midst of chaos. The fact it belongs to the same group as the reputable Fino and Barrafina transpires much confidence. Indeed our first encounter was sweet. Both scallops, braised oxtail & cauliflower puree and pan-fried spotted ray were spot on. Though mister’s oysters were quite lean, he approved the roast lamb.
On Mother’s Day, I booked a table for 3 as Mother is a seafood enthusiast. Like mother like daughter right?
Queen Scallops, Vinaigrette 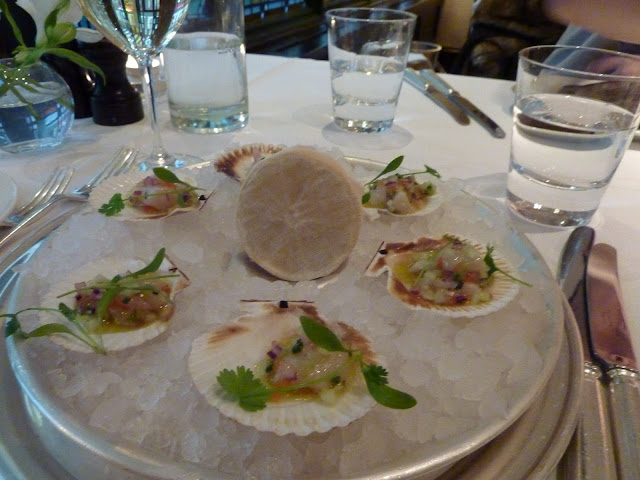 It looks so pretty…wait, where are the scallops? I knew they were supposed to be small, but thought they would at least be visible. The vinaigrette was lip-biting, fist-clenchingly sour, which has probably inflicted irreversible damage to my taste buds. Crunching away on the peppers and onion on the shells, the miniscule scallops went down undetected.
Crab Mayonnaise 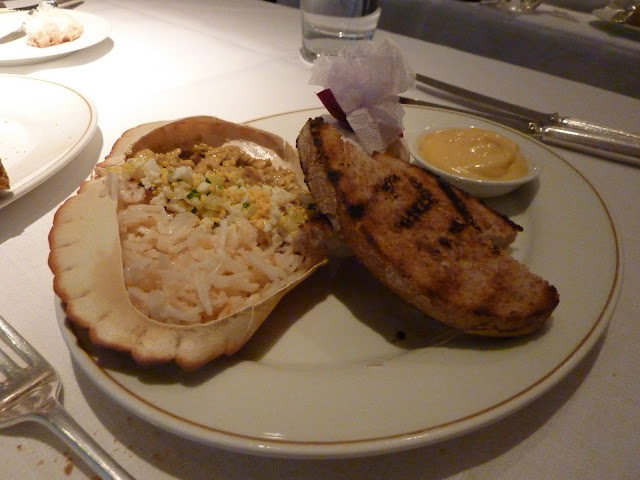 This could do with a bit of styling, but otherwise a good start to the meal. The crab roe had a distinctive sweetness that lingered, and it served as a great toast spread.

Razor Clams with Garlic and Parsley 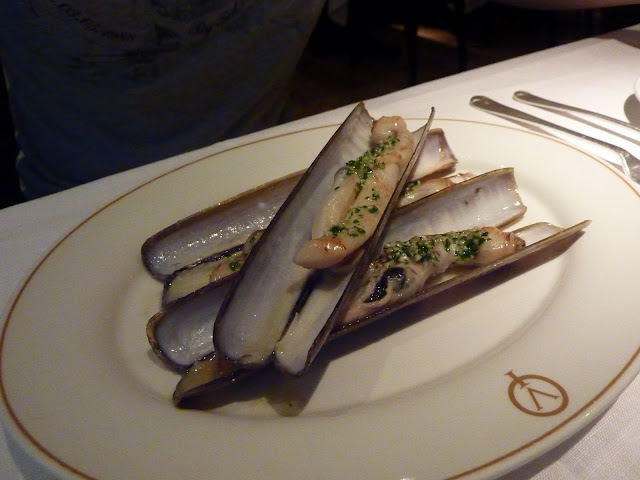 I’m still convinced I am allergic to razor clams, so I only tried a teeny bit. The bite was well-seasoned and bouncy not rubbery. Mister thought it was slightly too heavy on the seasoning, which masked the natural sweetness of the shellfish.
John Dory with Roast Fennel & Pernot Velouté 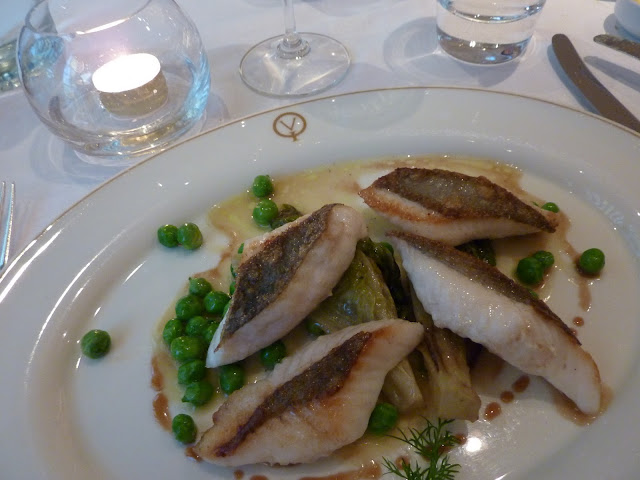 This was my first john dory, so I didn’t know what to expect. The dish looked nice enough, the skin brown and crispy. Unfortunately it was a tough fish. Could it be the way it was sliced? It wasn’t dissimilar to a piece of overly overdone swordfish, but worse. Towards the end, it felt like chomping on a piece of sturdy wet paper towel. Not exactly my idea of dinner.
Pan-fried Spotted Ray with Haricots & Peppers 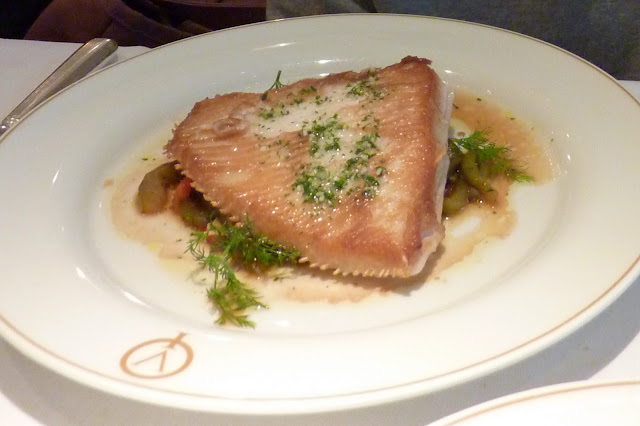 Mother safely went with my previous selection, which was again beautifully cooked. Despite the long fish bones protruding throughout the fin, it was relatively easy to manipulate as the flesh dissociated from the bones with a slight push of the fork.
The bill came to £170 for 3 with 2 glasses of Sauvignon blanc. I felt like the only loser in the group, paying the bill and enduring two terrible courses. I did blame myself for making the wrong choice, but surely no items on the menu are supposed to be bad, right? Despite a sweet first date, our second encounter left a scar. With so many restaurants offering a similar menu, nothing is luring me back to Quo Vadis.
Quo Vadis
26-29 Dean Street
London
W1D 3LL
0207 437 9585