The Pump in the Dumpling Legend 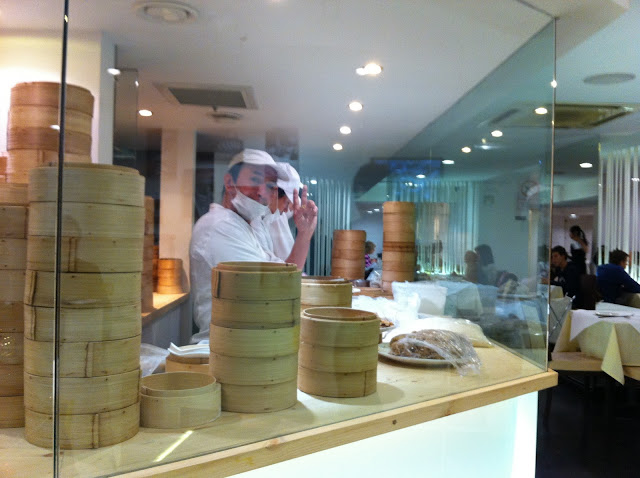 Traditional Chinese restaurants are being flushed out of Chinatown by younger, trendier joints. Long gone the sweet & sour chicken and GuangDong diners. The new-bloods all have themes, be it Szechuen spicy hotpots, Taiwanese small-plates, Roast duck specialist or Shanghainese noodles. Dumpling Legend is a fairly recent addition to the mob, claiming its speciality in, if you still haven’t spotted, dumplings.
The ‘open-kitchen’ is more like a showcase, where diners can see the chefs churning out dumpling after dumpling; their fingers diligently shaping small balls of dough. Décor was clean and simple, bright and white to distinguish itself from the typical low-ceiling, dark and stuffy oldies. Except for the 6 types of dumplings, and serving dim sum after 5pm, the menu does not vary hugely from the rest of the restaurants in Chinatown.
Chilled Drunken Chicken 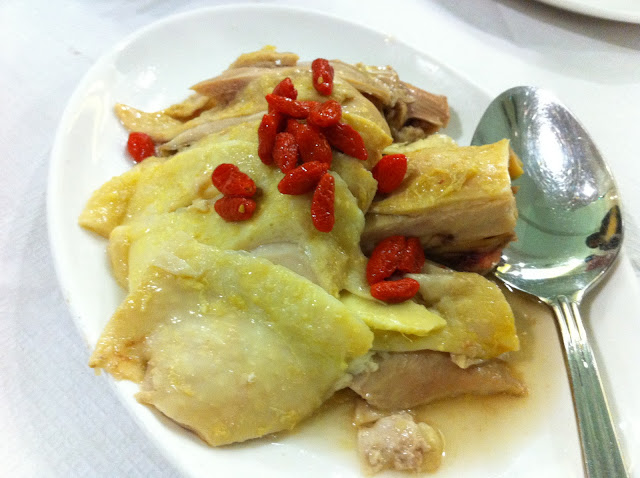 Quite substantial for an appetiser. The robust aroma of Chinese wine was deeply immersed into the chicken, which we were served the thigh (I don’t eat chicken breast). If submerged in wine for too long, the fibre in the chicken dissociates and the meat loses its texture; if chilled for too long, the chicken becomes dense and solid. It is not a lazy dish. Drunken chicken is one of my favourite Shanghainese dishes and the Dumpling Legend did a fine job.
Stir fry Spicy Morning Glory 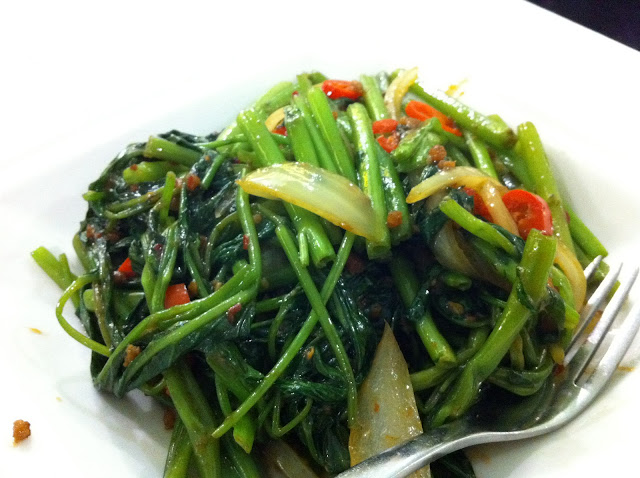 The literal translation from Chinese would be “morning glory with a strange taste”. We were intrigued.
It wasn’t that intriguing. For once, I thought it was an accurate English translation. Anyhow we were pleased that it was not drenched in oil.
Fried Prawns in Butter & Egg 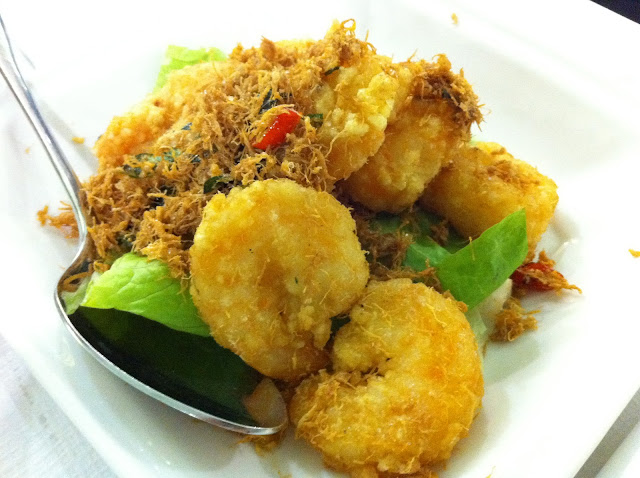 Trust me, this sounds a lot better in Chinese. Upon ordering, our waitress told us they only have peeled prawns as opposed to whole prawns. Fine. It‘s all frozen anyway. I like the layering of flavours in this. First the butter and egg in the batter was sweet, but the chilliness gradually seeped through and left a small flame behind.
Finally Pork Crab Meat Siu Loung Bao (dumpling) 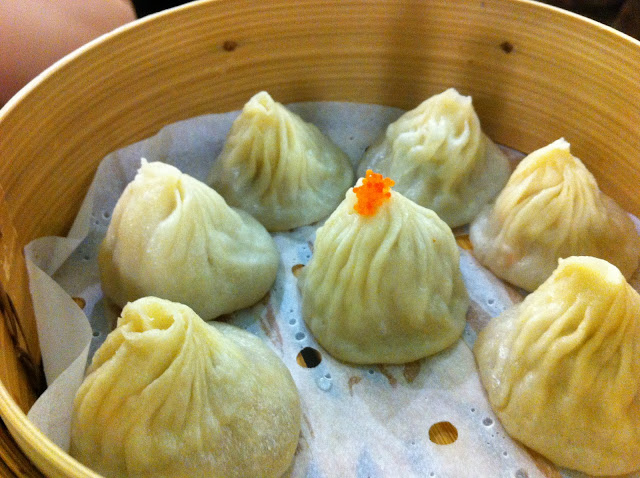 The soul in Siu Loung Bao is the soup inside the little parcel, and the skill is in crafting the skin that holds the soup while maintaining its delicate thinness. After steaming, the skin is slightly glutinous and may stick to each other or the base. Some dumpling specialists place a sheet of carrot or turnip between the dumpling and bamboo steamer, because one sheet of baking paper does not suffice.
Frankly I have eaten some of the best Siu Loung Baos in Asia, so these are so-so. The crab meat was undetectable, but I wasn’t expecting any anyway. While the fat/meat ratio was good, the skin was still too thick for my liking. More importantly, this should have arrived with the drunken chicken, as eating a dumpling over a bowl of plain rice was downright bizarre. It’s like topping your banger & mash with a prawn cocktail. 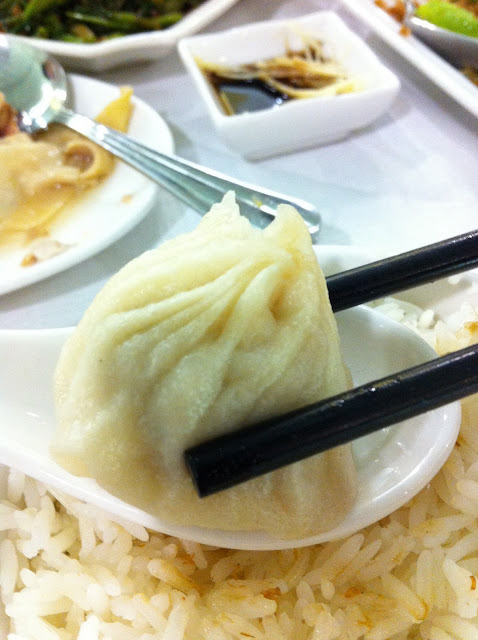 One thing that doesn’t change in Chinatown: Service. It took 4 attempts to finally flag down a waitress to take our orders. Staff was so busy whizzing around laying tables for the ever-growing queue, clearing empty tables and delivering bills, seated customers were barely acknowledged. We felt obliged to speak quickly too when placing our orders.
Food all benchmarked, but not exceeding. Will I develop a craving for their dumplings? Unlikely.
It was a stressful meal in a chaotic place.
Dumpling Legend
15 16 Gerrard Street
Chinatown
London
W1D 6JE
Tel:0207 494 1200