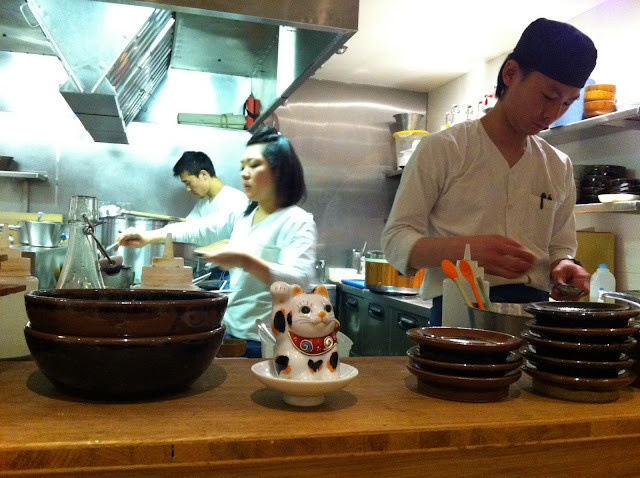 The queue was disheartening. It was almost 10pm when we joined a queue of 12+ in the chilly January. This better be good.
When I was working in the neighbourhood last year, Koya never occurred to me as a lunch option. No reason, just wasn’t appealing enough. Now the extensive waiting has triggered my curiosity, what’s the charm in this hot broth udon?
30 minutes later we were seated at the back of the restaurant, bar tables in front of the kitchen. This felt very authentic Japanese noodle stall. I was looking forward to the onsen egg, even charged at £2.10 a shot, only to be told that they have sold out. What does one have to do to get a poached egg in Soho…
Braised Pork belly with Cider - £6.20 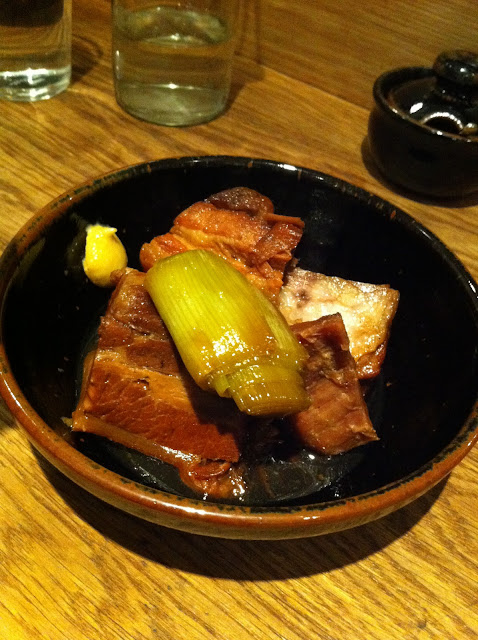 The small plate wasn’t that small. Three blocks of pork belly have soaked up the cider sauce as their colour suggest. It was sweet and not too heavy. While the fatty section was silky and soft, the lean meat was quite chewy.
Pork and Miso Hot Udon in Hot Broth. 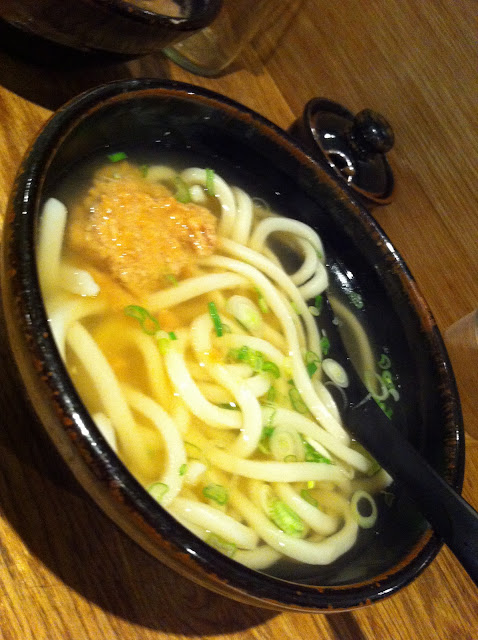 This was my fault. I interpreted the menu wrongly. Hence I had different expectations. I was hoping for slices of Japanese char siu (not on the menu, where did I get the idea from?) in miso-base soup. Interestingly James was expecting the same thing, probably because Japanese char siu is typically served in Ramen restaurants, and described as pork. So when this mince pork lump appeared in the clear broth, I was upset.
After mixing the white miso into the soup, it obviously became miso soup, though sweeter than the usual, there was no wow factor. The udon was bouncy and al-dente, like how good udon should be.
Beef Cold Udon in Hot Broth. 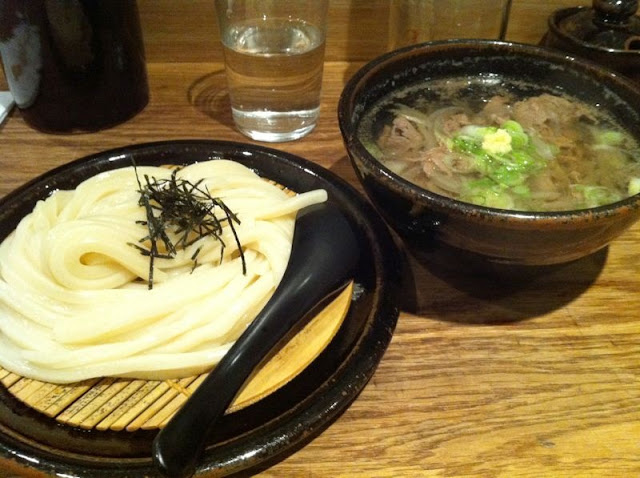 I preferred the cold udon, it was even bouncier. And I preferred the clear broth with beef. Still, it did not justify the queue.
So what have I missed?
Perhaps I am not an udon lover, as I would choose ramen over udon any day, but there are easier places for a regular bowl of hot noodles without the wait.
Koya