The Texture is Divine 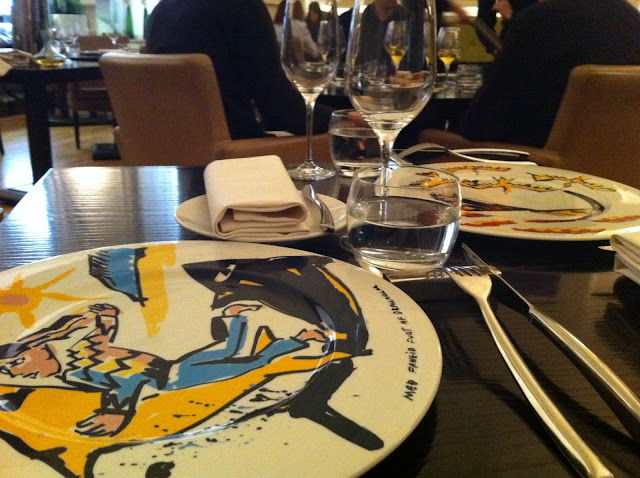 The Michelin one-star restaurant doesn’t seem to magnetise as much hype and glory as the celebrity chefs’ establishments. Maybe Chef Agnar needs to show his face more often than the odd Saturday Kitchen show. I didn’t hold high expectations when I made the reservation, not that I have anything against Icelandic talents, it’s just not a country that openly celebrates its culinary success.
The interior was contemporary and elegant, spacious with a high ceiling and mellow walls with hangings of splashes of colour. We settled comfortably into the sofa chairs for a leisurely lunch. 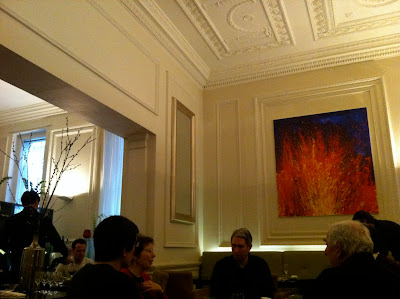 We were introduced to the menus, an extensive champagne and wine list by the sommelier; the orders were taken by another server; then the sommelier returned to help us on wine; warmed rye bread and creamed butter were served by yet another server; finally a third server came by to collect the decorative plates on our table. Although swift and professional, we were slightly taken back by the torrent of services.
Chef was in the house this afternoon, dancing around the restaurant, directing his crew.  Could that be why the team went slightly OTT?
Amuse Bouchee – Vegetable stock with celery, carrots and suede with crème fraiche, sprinkled with seaweed. 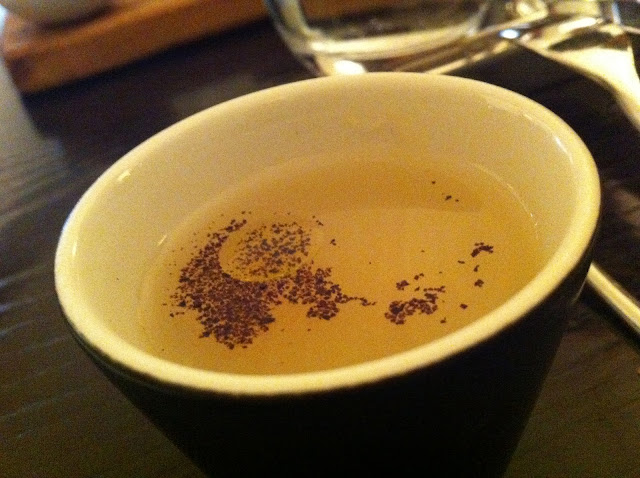 The cold soup looked simple at first glance. Little cubes of vegetables and a dollop crème fraiche appeared as I dug in. Okay let’s not over-exaggerate, it was cold soup, but a jolly good one. Fragrant celery with a hint of seaweed.
Organic Scottish Salmon, Graflax, Smoked, Horseradish 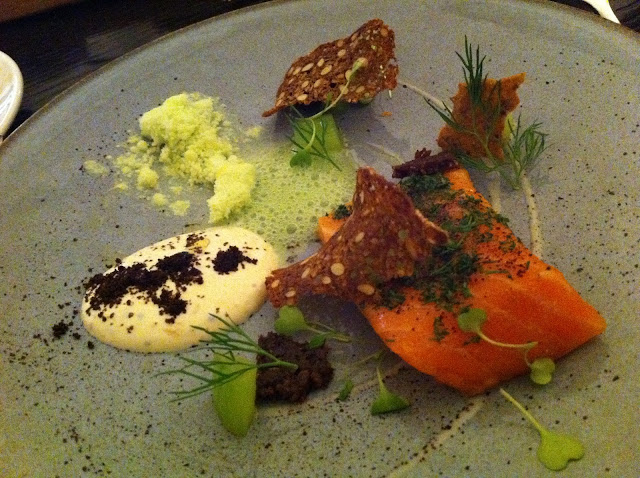 Quite a scenic dish too, no?
I rarely choose smoked salmon; not a dish that shows off the chef’s creativity and talents. Looks like the Icelandic chef has a different take on it. The fish was chunky but not dense. It falls away from the definitive lines of fat with the softest touch. It wasn’t salty; the smokiness was subdued, in fact it resembled sashimi. The distinctive clearness in the cucumber ice shavings brought out the subtle flavours of the salmon. While the crusty bread would have been a good contrast in texture, I found it slightly too harsh.
Suckling Pig, Belly, Cheek, Quince, Celeriac 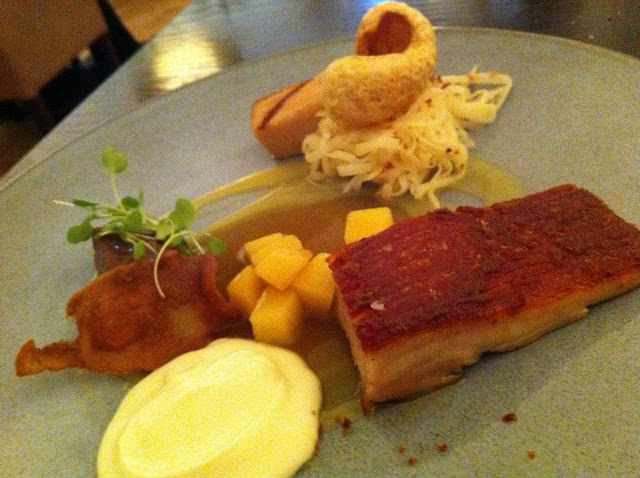 I swooned with the first mouthful of the suckling pig; crispy skin and the thin layer of fat blended with the leaner meat underneath. The pork belly took the squashy texture further and melted in my mouth. Pork cheek was equally tender, even juicier. I couldn’t help but notice a hint of Asian flavours in the sauce. The crackling, however, was more like teeth-cracking.
Cornish Monkfish, Cauliflower Texture, Red Wine Jus 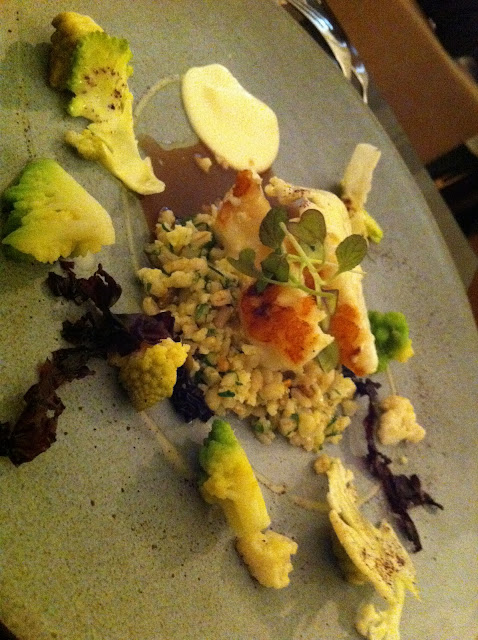 The Asian influence was even more pronounced in the pearl barley, which soaked up the red wine jus, and oozes more flavour with every chew. Though I am not a fan of monkfish, it was succulent and bouncy.
We would have stayed for dessert, but mister does have a flight to catch. I was, nonetheless intrigued by the combination of dill, cucumber and white chocolate mousse, and the cheese selection next door looked dangerously alluring. But there is always next time. 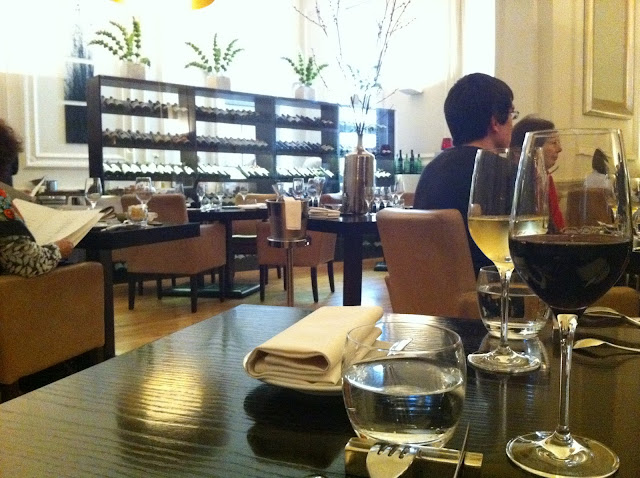