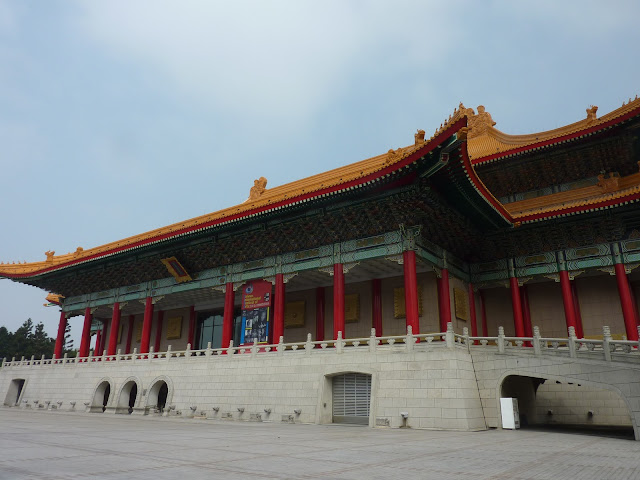 I had 3 days in Taipei. Given the temperamental grey sky and its irregular spitting, the scenic countryside is not scripted in the plan. I came for the food.

Street food is the most characteristic culture of eating in Taiwan. Stalls selling all kinds of local delicacies cluster in night markets as soon as darkness takes over. With Bubble Tea in hand, I began the sweep. 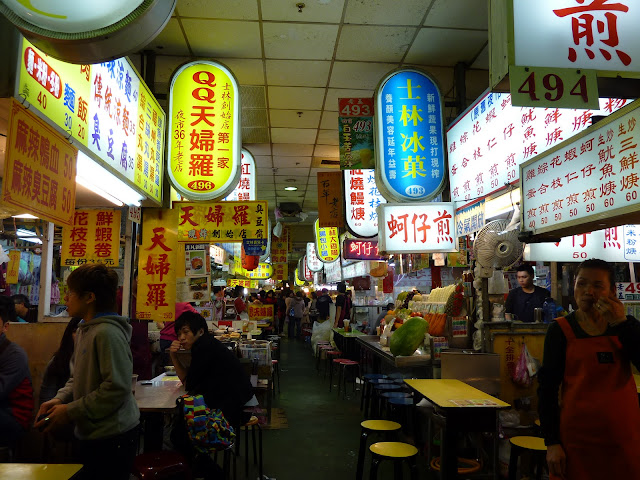 Shilin claims to be the largest and most organised street food market in Taipei. Over 200 vendors agglomerate in an indoor warehouse roughly constructed by steel sheets, and more hawkers spill across 2 main streets in the neighbourhood. The shops on Man Ho Street generally sell trendy, cheap and cheerful clothes and accessories, while Kei Ho Street is lined with entertainment stores entwined with similar food stalls.

Youngsters follow a similar dress code of denim hot pants with a pair of tights teamed with furry boots and an oversized pullover. At the age of 24, I felt too old to plaster 2 layers of fake eyelashes on my eyelids, or wear bright purple contact lenses, but these teenagers all look mightily fashionable and identical. 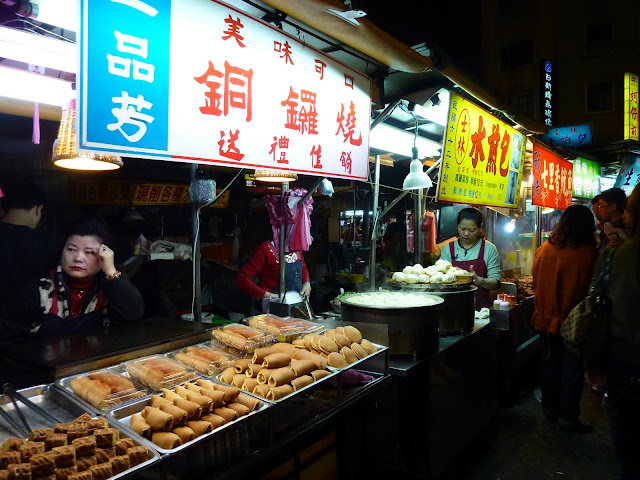 Taipei is big. It doesn’t matter how close some of the streets appear to be, it’s bloody massive.

YongKang Street is closest to the Chiang Kai Shek Memorial Hall metro station. And we love the metro. It’s an easy system and so dependable. 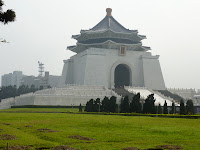 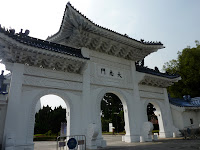 The Din Tai Fung on YongKang Street is approximately 3 streets behind the park, shouldn’t be too long a walk, yea? Wrong! What we don’t see on the map are the twenty odd lanes between the streets, only wide enough for a mini to squeeze through, risking a side mirror or two. Usually I don’t mind a walk, but there was so little to see along the street. Buildings were old, shops were vintage, and traffic was heavy… 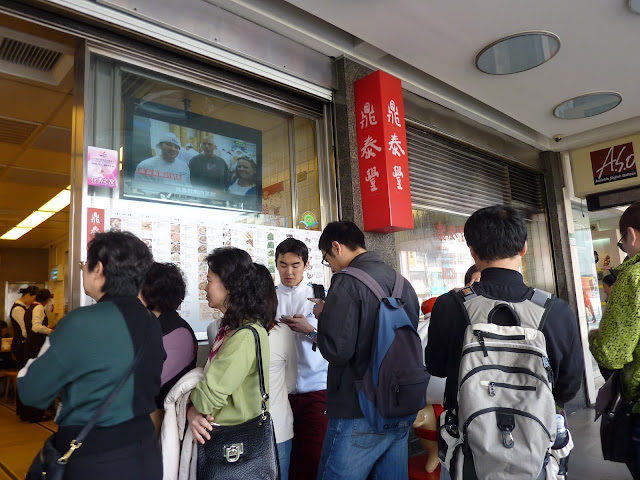 25 minutes later we caught a glimpse of the horde outside Din Tai Fung. Earning a Michelin star sent the restaurant churning out branches across the world at the speed of chicken popping out eggs. Its reputable Xiao Long Bao has lured buses of tourists queuing up for their lunch. We were handed a palm size clipboard with a tick-list menu, and courteously informed that it would be a 55-minute wait.

Fine. We turned the corner into YongKang Street, lined with more eateries that have caught the media’s attention. 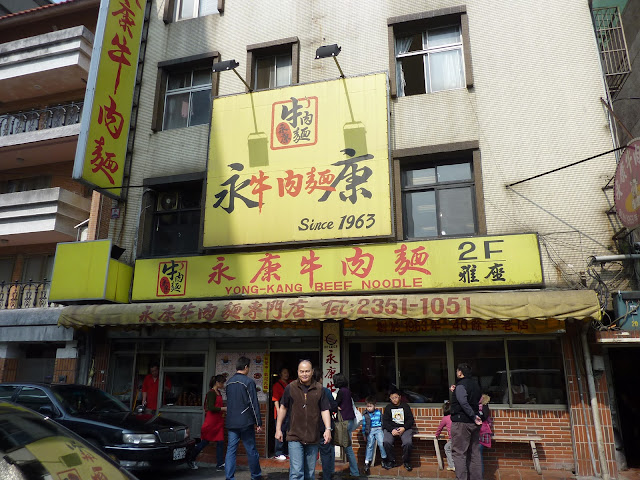 A chap from HK was coming out as we were looking at the pictures on the menu. He said the spicy noodles were so delicious he had 2 bowls. With high hopes, I ordered a small spicy beef tendon noodles, Mum had a half-tendon-half-meat noodles and Dad, after a long thought, opted for the same as me. Small was 200 TW dollars, large was 220. We added a steamed pig intestine to snack. 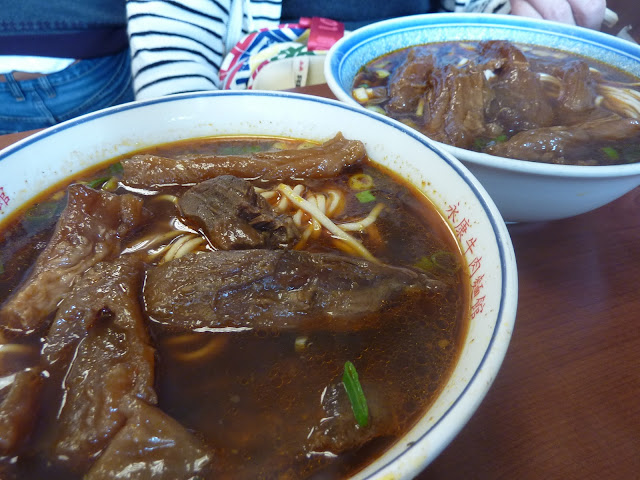 Small doesn’t really mean small. It translates to regular. I thoroughly enjoyed the noodles, supple, full of bounce and dense, holding the bovine soup in between for each mouthful. The soup wasn’t spicy, but it was strong in beef and spices with an undertone of chillies, which was a pleasant change from the floating layer of chilli oil. The tendons didn’t absorb the sauce it was cooked in though; I thought I could do a better job. 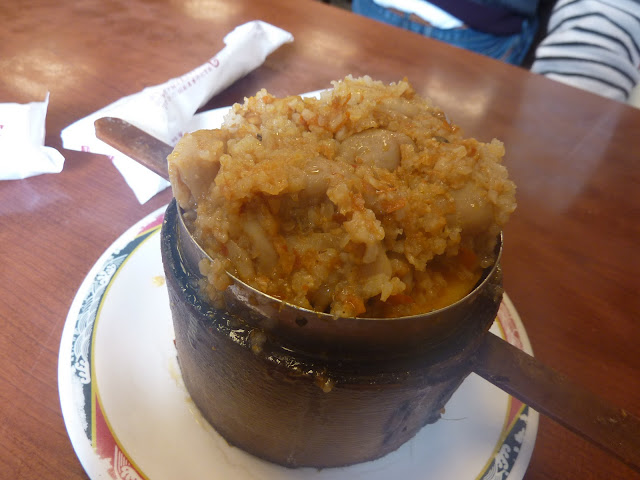 The pig’s intestine was steamed with broken rice or rice flour. Hmm... okay.

Yea it was alright. Would I down 2 bowls? No way. I would save space for others.

70% full, we made our way back to Din Tai Fung where we were only 2 tables away from being seated. Staff were ever so smiley. Despite the chaotic entrance and narrow staircase, the dining rooms were well-spaced with polished wooden tables and soft lighting against creamed walls. 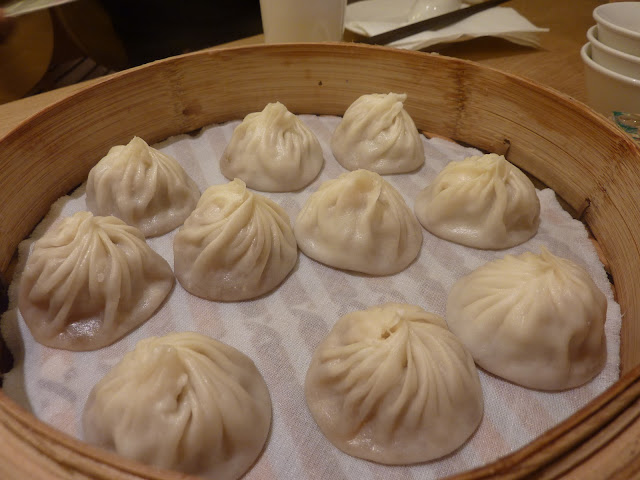 The Xiao Long Bao were skilfully crafted as sacks full of soup that burst in the mouth, with a piggy meatball infused with a bit of lard. Noted the cloth to separate the dumplings from the bamboo steamer to prevent breakage and subsequent leakage. The skin was thin, but not the thinnest I have seen, still very good. 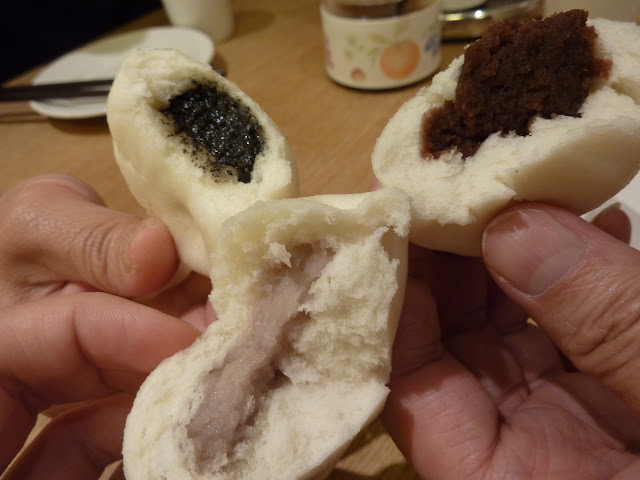 Mini buns weren’t bad, nothing exceptional. The taro filling was scanty compared to the sesame and red bean paste.
Michelin? Controversial. It fits the equation though: Heart-felt service, immaculate toilets and above-par food.


Then my second stomach was geared up for desserts. YongKang 15 was recommended for serving shaved ice with condensed milk and a broad choice of toppings. Most people opted for the Big One with mango jelly, lots of colourful fruits topped with a scoop of mango ice cream. Not in a fruity mood, I went for taro and red bean. 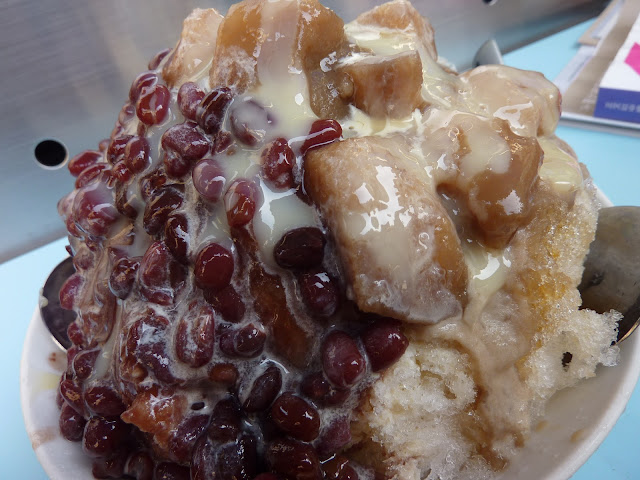 Condensed milk would make marmite edible, so drizzle it on ice is bound to be nice. Except for the chunky mushy taro, I failed to see the hype over a massive bowl of ice. But then Dad was right: this was approx £2, which was still cheap by HK standard. Had we gone for a fruity pot, that’s £2 for ice cream, jelly and buck-loads of fruits.

With a full stomach, we made our way to the 101 Tower, the landmark once tallest in the world. That’s another 26-minute walk to the second closest metro station, Daan. Trust me, hailing a cab would have been equally exhausting. 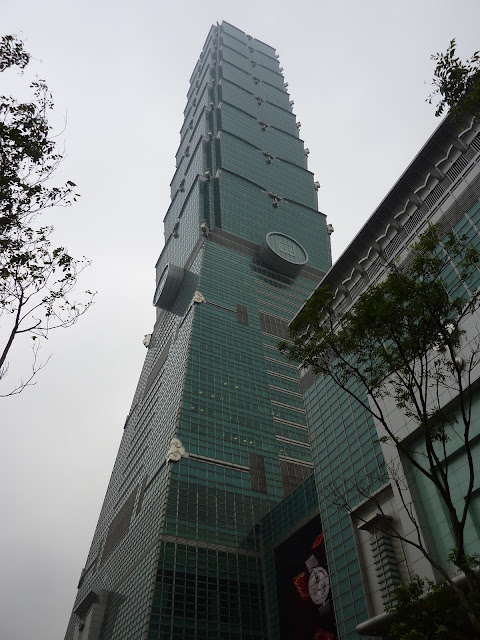 Man isn't the trek to 101 pointless? I was born in Hong Kong where building architecture resemble transformers, and I currently live and work at Canary Wharf. So how impressed am I supposed to be with this fusion block in the middle of nowhere? Would I come to Taiwan for a Gucci tote or an Armani suit?

Growling… we hopped onto a taxi to ChiaTe, apparently the best kept secret by the locals, for some excellent pineapple pastries to bring home. Timed out for an hour in the hotel before heading to XimenDing. 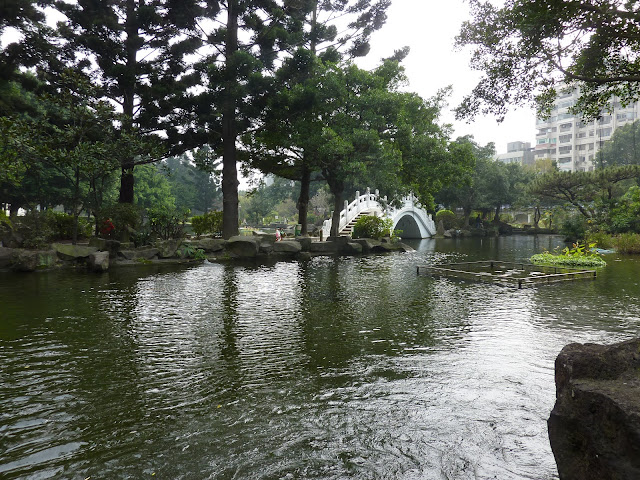