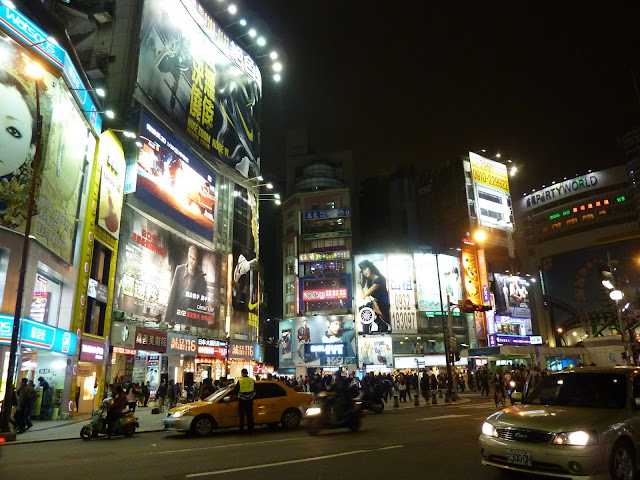 The infrastructure at XimenDing is more modern and organised compared to Shilin. Building-size billboards and bus-size screens suggest the Taiwanese were inspired by Tokyo Ginza or Harajuku. This feels properly urban. Still, it doesn’t stop street food vendors dotting around the area. Wanderers here are even more heavily made up, dyed golden curly hair, some in lolita style, and 4-inch heels are nothing. 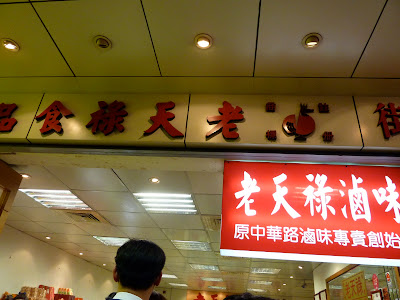 Lo mei is one of the oldest Chinese foodstuff. It is various meats marinated in a special soy sauce, its ingredients bespoke and secretive, until Chinese herbs and spices deeply infiltrated the skin and stain it dark brown. Though recipes all claim to be exclusively inherited from ancestors, I guess they are 90% similar. This shop Lao Tin Lu claims to be a specialist in lo mei. The cabinet displays trays of marinated chicken and duck feet/wings/kidneys and most popular of all, duck tongue. It looked bloody alien; part of the larynx and soft bones were still intact. 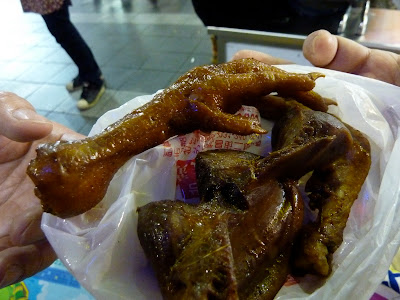 I bought one of each to try. The marinade was poise, soy sauce was aromatic with a hint of sweetness, and the array of spices was subtly spun-out as the sweetness subdues. Duck kidneys were my favourite and we bagged 500g of vacuum-sealed tongues to take home. While Westerners munch on peanuts and s&v crisps with a pint, Chinese suck on feet and tongues. However bad it sounds, we Chinese know better food.

(Another lo mei specialist called Shanghai Lao Tin Lu is located round the corner. Both shops claim to be the original and authentic. I genuinely don’t care. Chances are whoever pays less to the media for advertisement is deemed the impostor.)
Gross gross gross. Absolutely disgusting. They may look like noodles, but it’s so overcooked to mushiness that they become part of the thick stock with too much corn flour. The locals love it, I think it stinks.
Mine was freshly made as I opted for a savoury one with potato mash and cheese. The cookie shell was crispy and buttery with mash and melted cheese oozing. The pre-made ones with sweet fillings looked sad and abandoned…

Shida district is where the oldest university in Taiwan lies. It also hosts another night market flocked by university students. It was off the main street into a smaller lane, where hip and chic fashion shops intertwined with local eateries. The crowd was more toned down in Shida, equally trendy and dolled-up, but I found less Japanese anime characters walking around.


We saw a mob surrounding a food stall selling a different type of lo mei cuisine. So we joined... 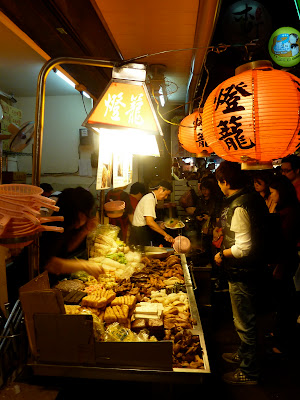 This is how it works. Grab a sieve from the trolley and picked whatever one fancies, then join the queue with the basketful of food. One lady chops while the other lady weighs the hamper and charge accordingly. Finally the food gets dunked into this huge pot of broth boiling away. Ready to garnish with preserved cabbage in 2 minutes. 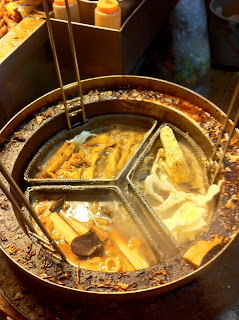 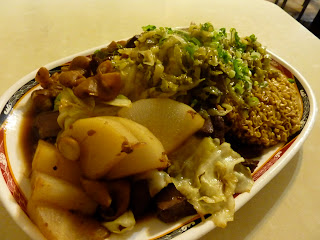 It’s like hotpot without the fun… Despite the colour of the lo mei bubbling broth, 2 minutes of submergence is unlikely to enhance any flavours. Meat was sinewy, bland or unbreakable; noodles were sticky and lifeless. The only thing I enjoyed was the silken tofu that was previously marinated. Nonetheless it was quite an experience.


Stuffed, we ambled around the alleys. Food stalls were selling more or less the same thing as the other night markets. There was one more thing that mister highly recommended that I had to try it for myself before leaving Taiwan. And the stall was easily spotted with the 30 odd people packed around it. 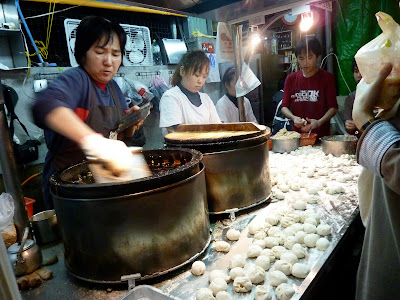 It’s a type of dumpling (anything with a lump of meat wrapped in the middle is called a fricking dumpling), like a bigger Xiao Long Bao, but half fried half steamed. Hsu-Ji does it so well. It’s just big enough to take up all the space in my mouth, where the meat juice exploded and trickled down the side of my lips. Oh it was messy but oh so good. The toasted sesame was key in boosting the flavours of the fluffy pork ball. 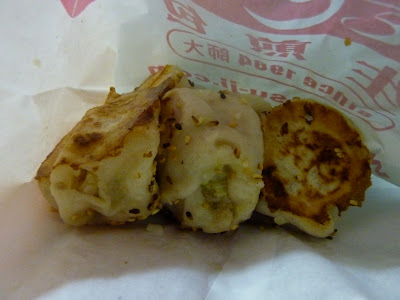 Before heading to the airport, we lurked in the food court of the Japanese-owned department store. Taiwan has imitated Singapore in developing a food court culture, but hasn’t quite got the gist of it. Fare in Singaporean food court tastes as good as it looks. Here, not quite. 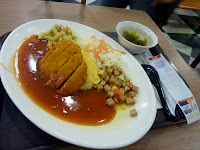 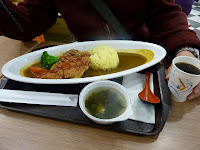 We decided to bring this home to share with Bro though. Egg pudding in egg shells. The pudding wasn’t bad too, very eggy though it could do with more smoothness. 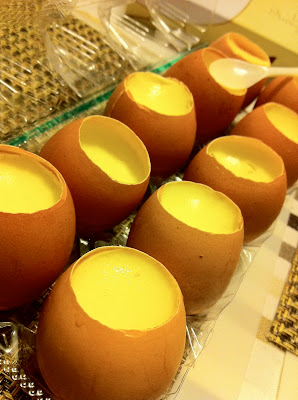 Despite our discrepancies in tastes, I am quite fond of the night markets. I like the diversity, where one can find anything from oyster omelette to fillet steak to teppanyaki. I like the freshness of food being made to order. I like the blending of tourists and locals all queuing for the same snack. I like the warmth and rawness of place. 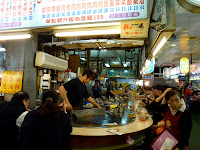 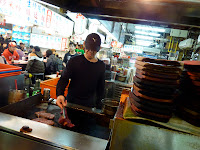 I like Taipei. I have come to appreciate the straight forwardness of the language; friendliness of the people; directness of the food and general humanity of the city. 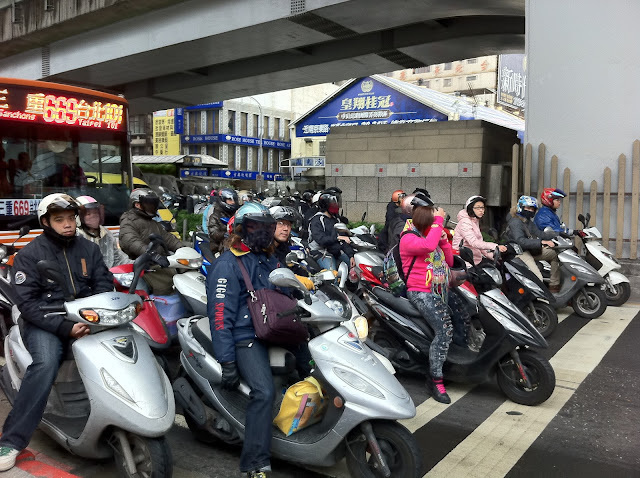