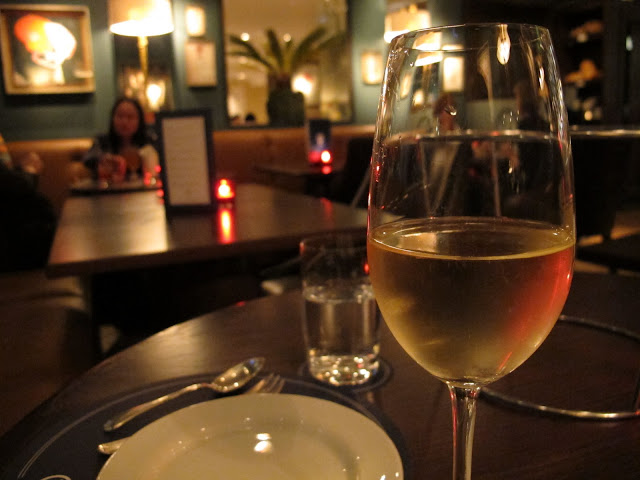 It’s a funny world. 9 months ago I made a note to myself that there are better places to dine than Quo Vadis. Guess what? I went back last week! Well… not exactly dining, Mister suggested Quo Vadis Bar for champagne and oysters as an afternoon wind down.
The offer is quite irresistible; half a dozen of oysters and a glass of champagne for a fiver each. Considering the great Wright Brothers charge £13 for 6 Pacific Rocks, Mark Hix’s Bar next door at £13.50, regular QV menu demands £14, even the hip and cheerful Randall & Aubin round the corner asks for a minimum of £8.85, QV’s deal is simply unbeatable.
The Bar is the immediate room after the reception, cosily petite with seven tables and five bar seats. Unlike the cream-themed main dining room, the bar took on a darker tone with dirty-blue walls, chocolate dark tables and wall-lined leather sofas. I felt classic British, emphasised by the Paul Smith-style multicolour stripe cushions, with a subtle touch of quirkiness, hinted by the incomprehensive ugliness of the wall hangings. 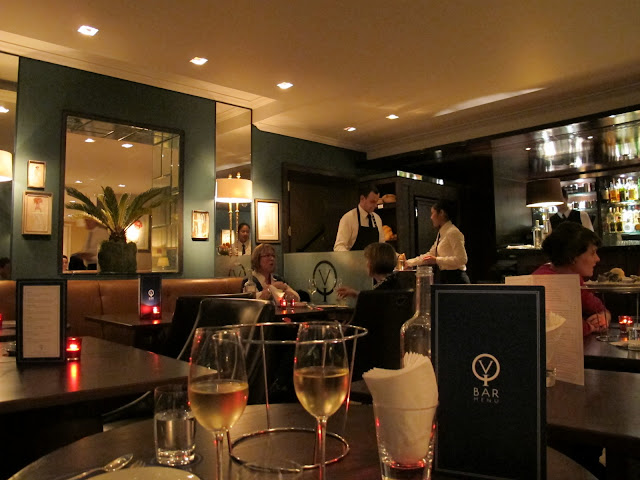 A smiley waitress promptly brought over olives and a bottle of tap after we made ourselves comfortable, and suggested we start with half a dozen and 2 glasses of champagne. Sure.
I believe these were Cumbrae Rocks. These Scottish oysters are usually podgy and round, but as expected in February, they were in the thin end of the spectrum. In spite of them lacking the texture, they delivered the distinctive zinc flavours and sparked chemistry with the glass of bubbly.  The second round was even more emaciated and so we didn’t slurp another dozen. I was pretty happy though, we got what we paid for. There is no guarantee that we would be served with plumper oysters if I had paid double the price anyway. 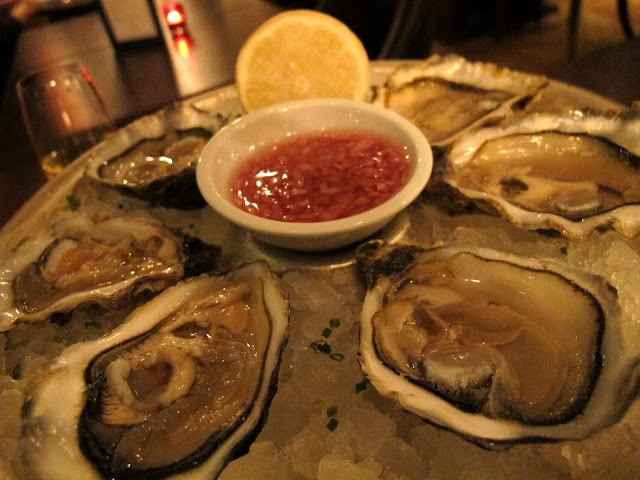 The QV Bar contrasts with the buzz in Soho. The sand falls slower in the hourglass here. Personally I prefer here to the Soho Hotel, it’s quiet enough for a chat, but noisy enough not to be overheard. Fair enough, some come to Soho because they like standing outside for a pint, because they enjoy the intrusion of the odd homeless asking for spare change, and because they like the magic tricks of the next David Blaine, but an alternative every now and then doesn’t hurt. 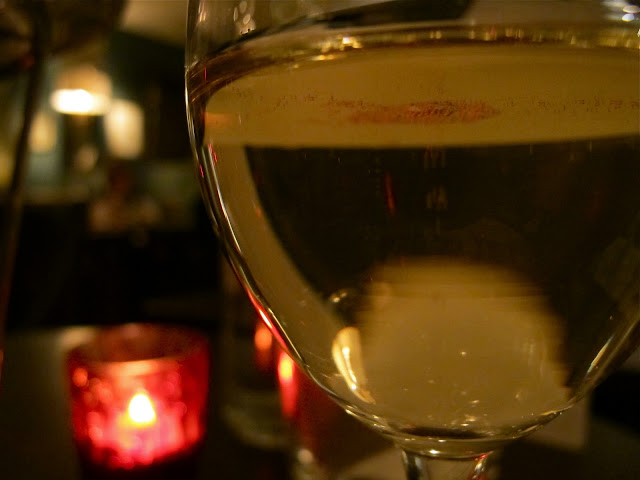