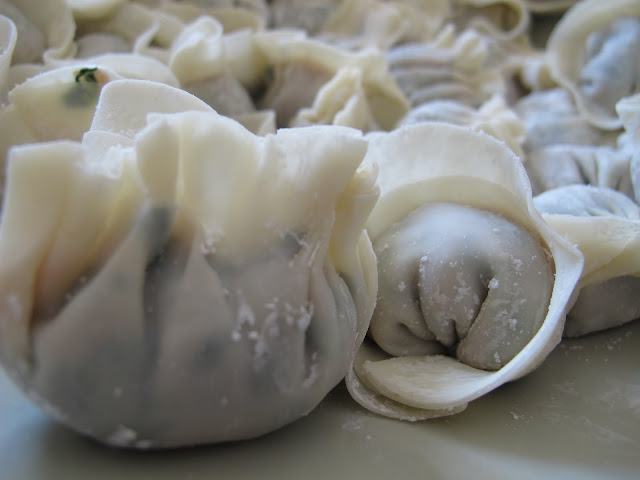 It's too sunny for rice so I decided to drag Mister into the kitchen and make some pak choi & pork dumplings with me:) 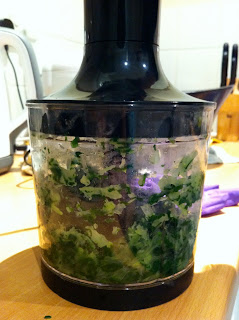 3) Mix with mince pork, ratio should be 1:1.
4) Season with a tsp salt, drizzle with soy sauce and sugar so it looks like this: 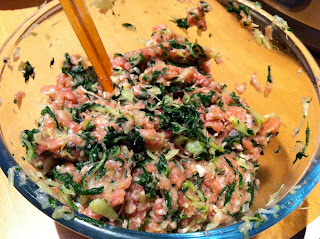 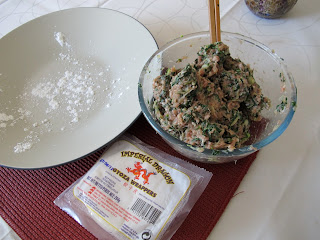 There is no definite way to wrap the wontons, as long as the filling doesn't fall out in the process of cooking. A touch of water helps the pastry to stick. The one on the left is Mister's style; mine on the right, which is clearly better:)


Due to the dusted flour, it's better to boil the dumplings in water before transferring them to chicken broth. Et voila! 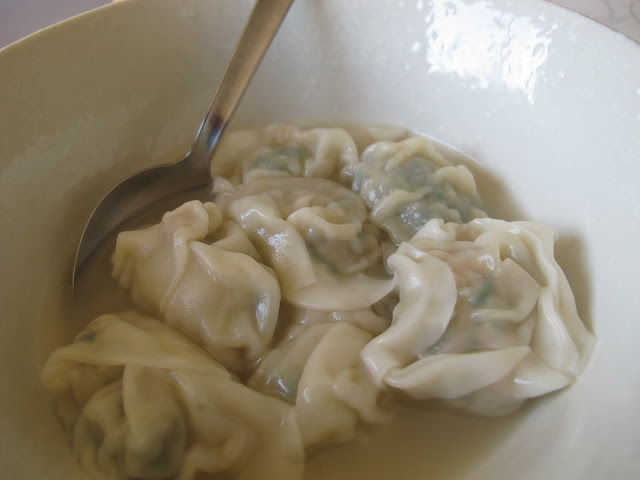 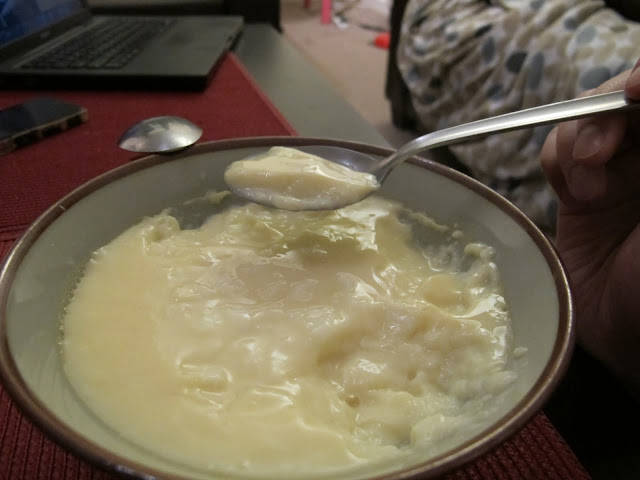 This is definitely not the conventional soya pudding, but it was easy and tasted close enough. It was silken and so-damn-good.
Boil 300ml unsweetened soya milk with 2 tbsp of sugar, cool.
Mix with 3 egg whites - sieve. Cover the container with cling film or tin foil, steam in medium heat for 10 mins. Done!


(I reserved the 3 egg yolks for creme brulee)