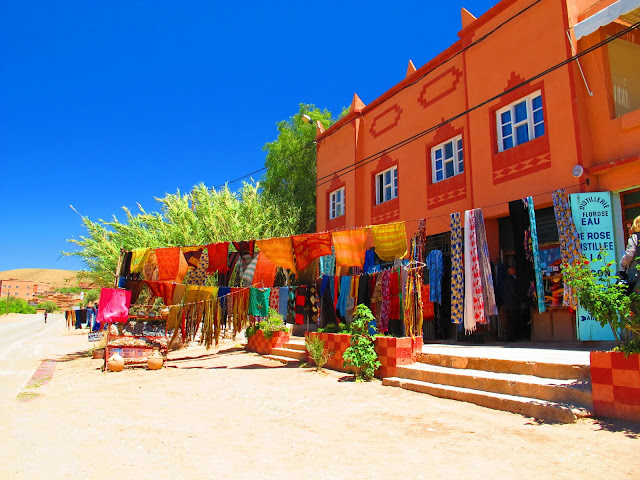 The bus journey from Marrakesh to Ouarzazate takes around 4-5 hours. The scenery along the Atlas Mountains is jaw-droppingly breath-taking. 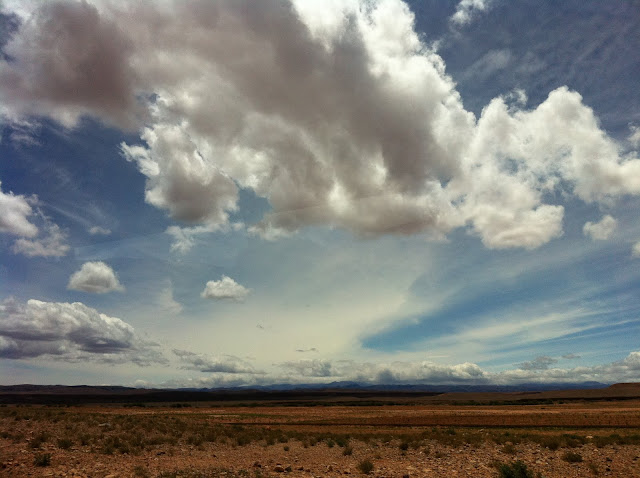 The bus climbed the winding narrow roads at a ridiculous 80 mph; random cafes and craft shops dotted on the edge of the highway; odd Kasbahs erected in the middle of a steep valley; lush oases and palmeries wedged between bare slopes. Vegetation on the mountains gradually thinned as we approached Ouarzazate, and bare boulders perched on sandy grounds at unlikely angles. 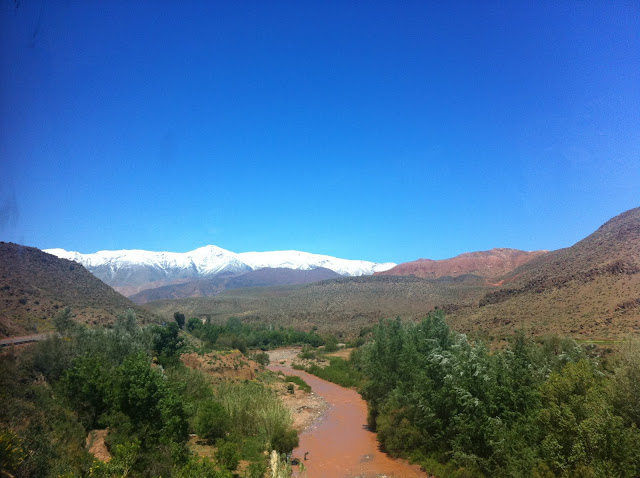 Ouarzazate is different; the French built it with western infrastructure. It’s not exactly small as the roads are wide with new blocks well spread and tidily arranged, but the town centre is tiny. Except for 4x4 expedition agents and a small souk, there are only a few restaurants in an empty Market square.I found it so pleasant. We were still aliens there, but were left hustle-free!

Our 3-day-2-night tour actually began in Marrakesh, and I asked for it to pick us up when it stops for lunch in Ouarzazate before driving into the valleys. I wanted to ease off the bus-ride by arriving Ouarzazate a day earlier. It was raining on the first day of the tour, with gushes of wind and freezing temperature. Given the bad weather, the driver skipped the Dades Gorge visit in the afternoon, and drove us straight to the hotel in the Dades Valley. We could still see the irregularities of the gorge from the top; he just didn’t take us to the bottom. Judging from the dissatisfaction expressed by the fellow tour-mates, he skipped the Ait Benhaddou sight in the morning en-route to Ouarzazate too.

The hotel was sufficient; it boasted good views of the steep valley sides from the terraces. 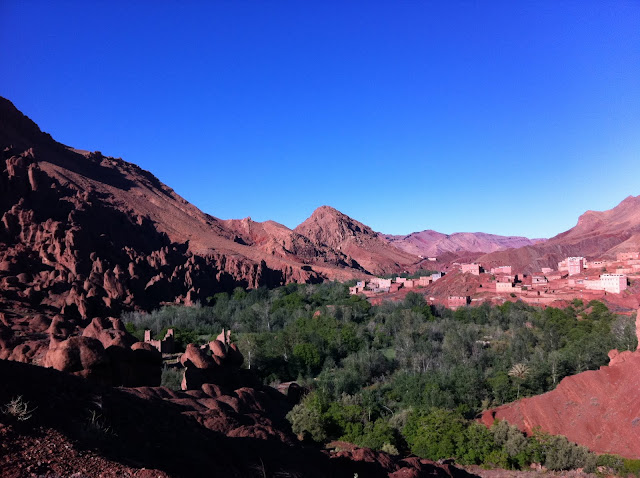 The sun was shining again on the next day. The crimson rocks of Dades Valley were scenic contrasts to the fertile greens. 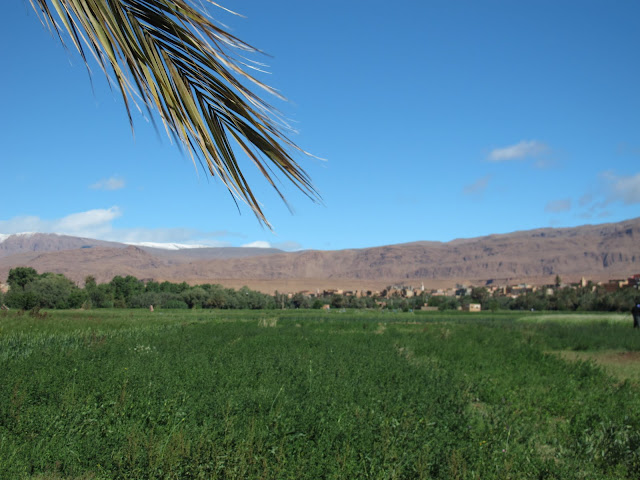 After a 2-hour drive, we stopped at Tineghir, the centre city of the vast oasis in Southern Morocco. An English-speaking guide walked us through the largest Palmerie before entering a Kasbah where a nomad Berber introduced us to his hand-made rugs and carpets. The carpets were stunning, with different kinds of wool, natural dyes and unique pattern designs. Prices were reasonable too, seeing they looked exactly like the ones in Old Bond Street. I simply don’t know enough to tell copper from the gold. 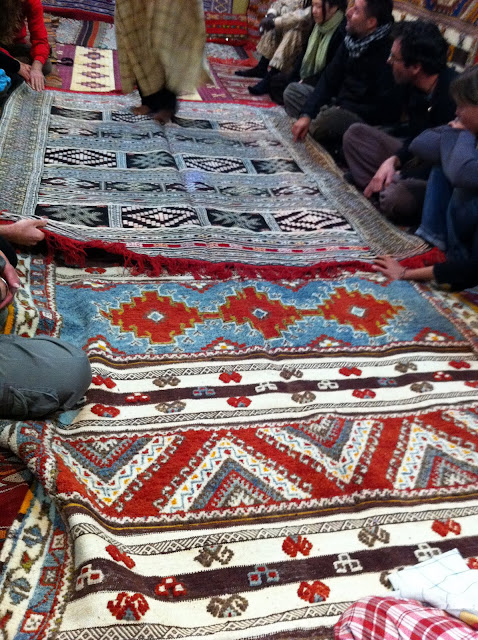 Back in the town centre of Tineghir, children were chasing us for money, if not un stylo (pen), if not bonbons (sweets). At first I was distressed by the constant pestering, but learnt from fellow travellers that we just had to laugh and pat them on the head. 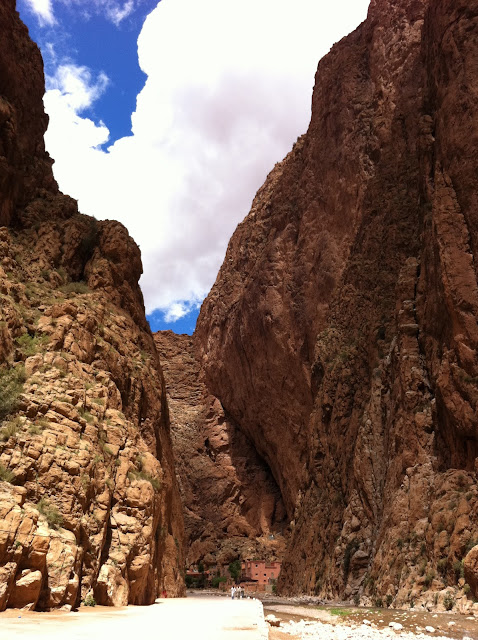 Next stop was the Todra Gorge. I spend most of time feeling small already, and this place made me feel miniscule; the sheer size of the rocks was overwhelming.

After lunch we began the 4-hour drive to Merzouga, the entrance town of the Sahara. There were rows of dried up wells where people once used to extract water. The landscape slowly changed to the bare lifeless rocky land as we got nearer. 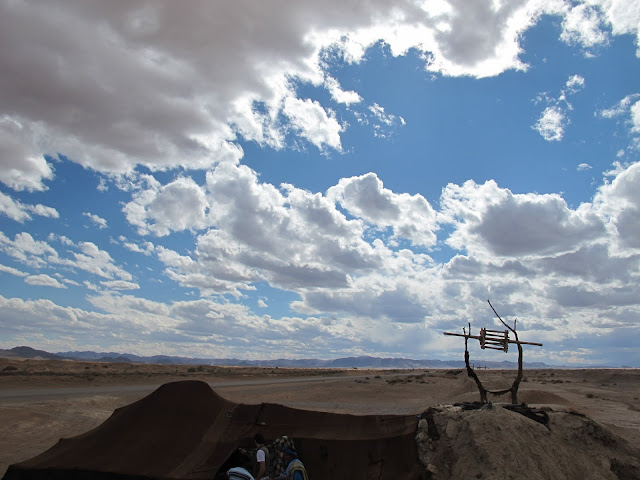 The nomads greeted us at the edge of desert. We were advised to take 3x1.5L water to share between 2 people into the desert for the night (We only consumed 1 bottle). Nearing sunset, the wind was picking up and we had to buy a scarf to cover our faces. After all the prep, we were led to the camels, all obediently kneeled to invite us onto their cushioned backs. They are so much taller than I expected! 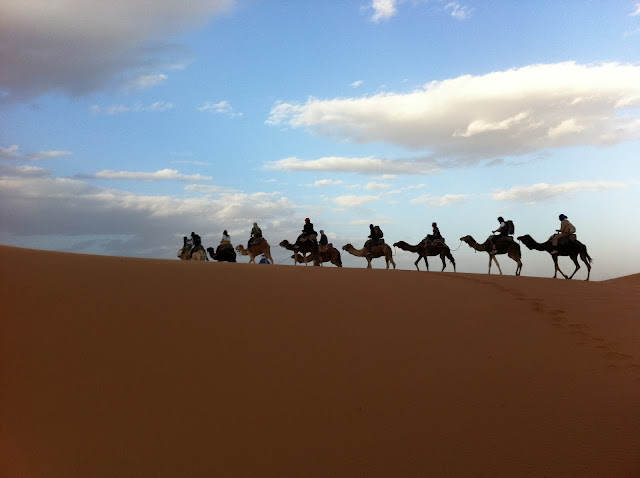 We began our trek into the Saharan Erg Chebbi sand dunes. The experience was surreal. Shame that the clouds began to cluster as night fell, otherwise I would imagine the sunset at the Sahara to be a magnificent scene. About 1.5hr later we arrived at the nomad camp, located by a high dune to shelter from the winds. There were no lights, water or toilets. It was as close to nature as it gets.

The nomads entertained us with their music when dinner was being prepared. They worked up a great atmosphere for our group as we learned to play African drums and danced to their music. Then we spent the night watching the starry skies. It was too beautiful for words. 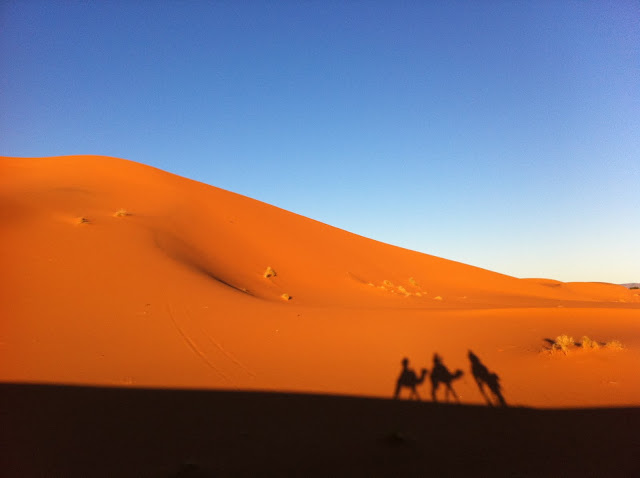 We watched the sunrise on the camel back as we trekked our way out of the desert. The sand turned golden by the sun, casting postcard like images on the sand; gentle breezes left symmetrical patterns on the dunes. It was a sight to remember. 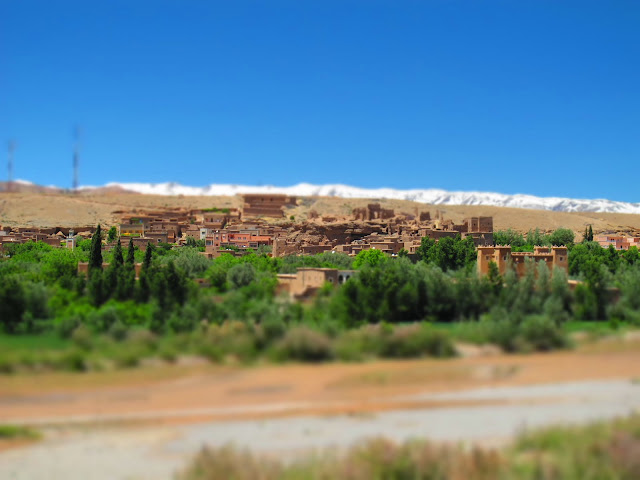 The rest of the day was dedicated to driving back to Marrakesh. I think we were supposed to visit the Valley of Roses on the first day, but given the poor weather, it was cancelled. So instead we were taken to lunch at the restaurant with a panoramic view overlooking the Valley of Roses. Apparently the valley doesn’t have that many roses. I wouldn’t know.

We were dropped off at Ouarzazate again; our flight home isn’t until the day after. I enjoyed the scorching sun by the hotel swimming pool and had an early dinner by the Market Square. Like Djemaa el Fna, the square gets crowded at sunset with locals shopping for clothes and utensils. I had never been more grateful for a Panini; we had all kinds and shapes of tagines for the past week, I think it was quite enough. And of course the long missed shot of chocolate. 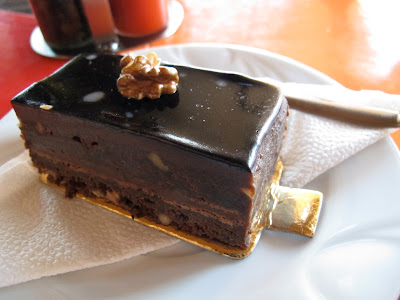 I stuck to the CTM bus on the way back to Marrakesh, and chose the right of the side of the bus to take in the remarkable landscape. No rats chasing for a tip, air-condition, drivers with uniform. We remained in the Gueliz region (New Town) in Marrakesh. I agree it lacks the traditional charm of the Medina; it is more chic and urbanised.

The airport was a 10-minute ride from Gueliz, so just enough time to try some deep-fried fish and grilled prawns in garlic sauce. Fish joints and calamari were gorgeous; prawns were gross and mushy (80dh too!).

The Morocco experience was unforgettable. The culture gap, though shocking at first, is an eye-opener and I have seen the smooth way out of sticky situations. Afterall the beauty of the Atlas ranges, Todra Gorge and the Sahara Desert overpowers the minor hitches of the expedition. 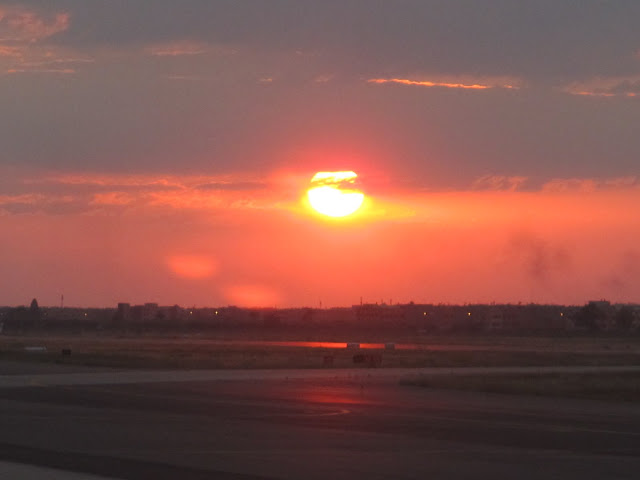