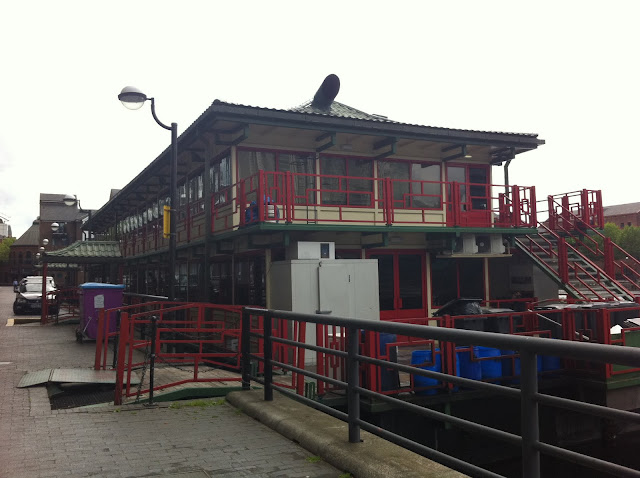 I might as well say this outright – I hate eating here
A colleague said there is a great Chinese restaurant in the Canary Wharf area that serves dim sums as good as Royal China but 20% cheaper. So I took my parents to Lotus last year and decided it’s definitely worth paying the extra at RC.
Hell broke loose (slight exaggeration) when Royal China closed down for refurbishment for 6 weeks and I wasn’t prepared to battle into Central London, not when the sky looks like it’s about to collapse anyway; Lotus was an easy alternative. Mister and I thought, as long as we steered well clear from the prawn dumplings and turnip paste, we’d be okay. How naïve…
A floating restaurant is great, if it doesn’t look 50 years old. Perhaps it was the red paint coupled with dirty-yellow tablecloth; or the stacking of chairs and what-nots on the deck behind the stained glass windows; the boat felt aged and worn. It was a full house boat on the day, and kids were sprinting between waiting staff carrying stacks of dim sums. We ticked our dim sums on the menu, carefully dodging all the unpleasantries from last time.
Deep-fried Cuttlefish Tentacles in Spiced Salt & Prawn Cheung Fun 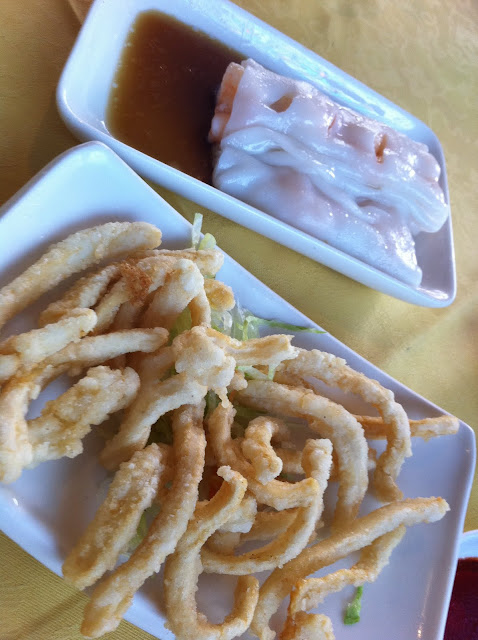 The tentacles were on the specials. It used to be my childhood favourite, but this item has gradually disappeared from most menus as its popularity dwindled.These were well-fried with a thin batter, could do with more salt and spices and definitely fatter tentacles that we could chew on.
Mushy cheung fun is the worst. It clings onto the prawns as lumps flour and defies the silkiness of cheung fun.
Chive Dumplings, Whelks Satay & Chicken Claws in Black Bean Sauce 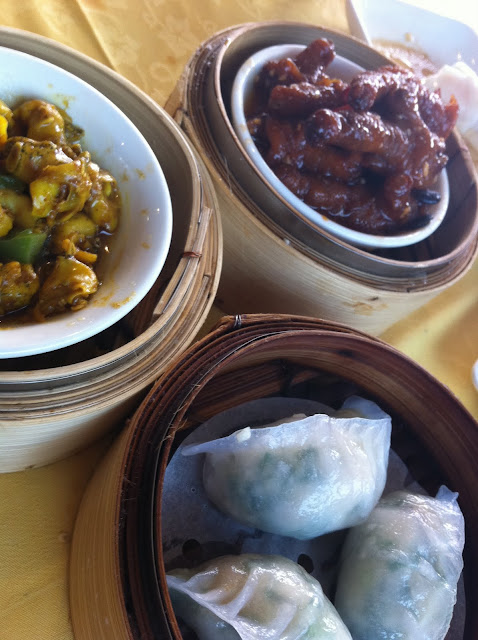 The chive dumplings were better than prawns, they need more chive and less prawns in the filling, however.
Satay is misleading. I think it was more akin to curry sauce, the ones we usually get with curry squid.
It could be news for some, but it is possible to overcook chicken feet. Perhaps these were cooked twice, or left in the steamer for too long, the skin almost fell off the bones and there was no bounce in the collagen and tendons. It was flat.
Char Siu Pork Puff 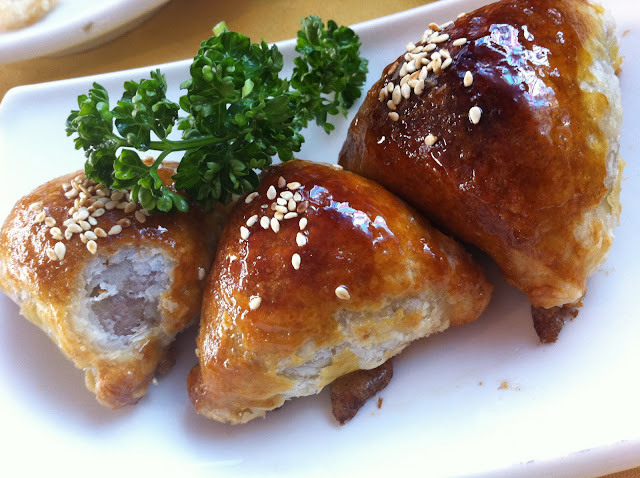 It’d be pure bias to say everything was crap. These pork puffs could be the best I have eaten in London. The plump pastry was stuffed to the brink of explosion with shredded roast pork and sauce, baked to perfection with a slightly sticky glazed top. The puff dissolved away like a whiff of air in mouth.
Yam Croquettes 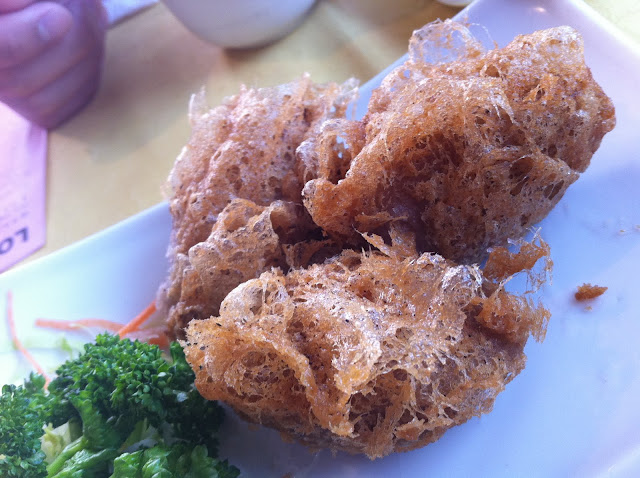 These arrived 15 mins later than the others. Despite it being one of my favourites, I am drawing a complete blank on how it tasted. Mister recalled it was quite well-made and he enjoyed the meaty filling.
Egg Custard Tarts 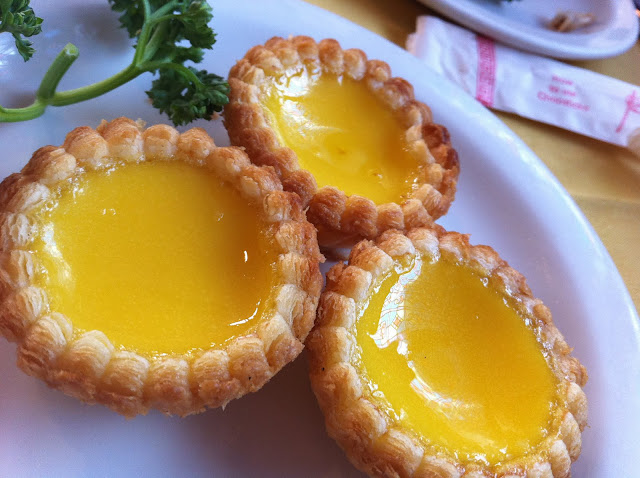 Awww… these would make it to my short-list of “final snack on my death bed”.
In case you’re interested, the har gau was a prawn ball wrapped in a thick, sinewy, sticky skin; turnip paste was so heavily dosed with MSG that it should be washed in tea before consumption.
Perhaps the standard of dim sums is similar/slightly worse to most average Chinese restaurants in China Town; what infuriated me was the service. One waiter was particularly bad; it had been a good long wait since we placed our order, and so brought it to his attention as he casually strolled by. I said it’d been almost half an hour. He walked off to tap on the little machine, and said, “Only 25 mins since you ordered, not 30.” Great! Problem solved. As for the 20-min wait for the bill, he nonchalantly blamed it on his colleague.
I guess this marks our final visit.
Lotus Floating Chinese Restaurant
9 Oakland Quay
Inner Millwall Dock
London
E14 9EA
Tel: 0207 515 6445
You may also like: Royal China, Dumpling Legend, My Old Place