My Old Place is the Same Place 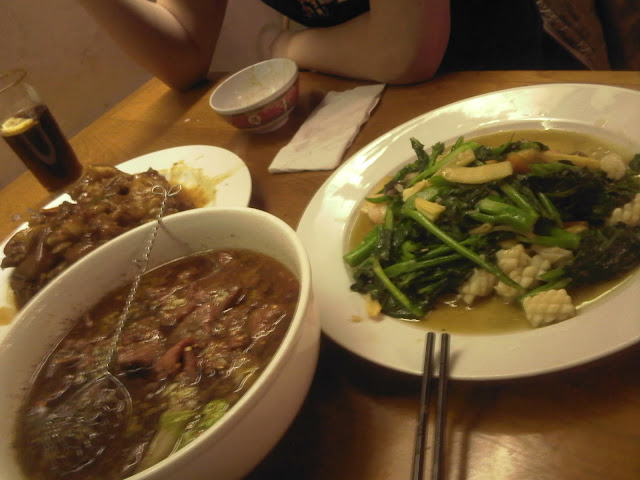 People ask why I seldom visit Chinese restaurants. That’s not entirely true. I do go out for Chinese meals, just don’t write about them very much.  Simply because there isn’t much to say; HK Diner in China Town does the best one-platers, Royal China is a regular dim sum parlour, Royal China Club for special occasions; nothing really stands out.
I came across My Old Place 3 years ago. Back then there were fewer varieties of Chinese cuisine in London, and this low-profile, slightly shabby Szechuan joint hidden in a quiet alley of Liverpool Street was a nice alternative to the usual Guang Dong hybrids. The never-ending menu was all scripted in Chinese, so naturally it was often bustling with a full house of Chinese. Mister and I used to be overwhelmed by the king-size portons, £1 BBQ lamb skewer, 1-inch thick chilli oil floating on a bed of chillies.
Somehow this place dropped off the list. And boy has it changed: they got rid of the tatty carpet with ‘Thai Thai’ imprinted on it, printed a bilingual menu, installed ventilation to suck out the smoke from the grill and bought a plasma TV too! Service remains non-existent though. A traditional trait, I guess.
Fare from the Northern China regions tend to be strong in flavours and heavy with spices, and My Old Place serves exactly that.
BBQ Lamb skewer with cumin and Szechuan spice 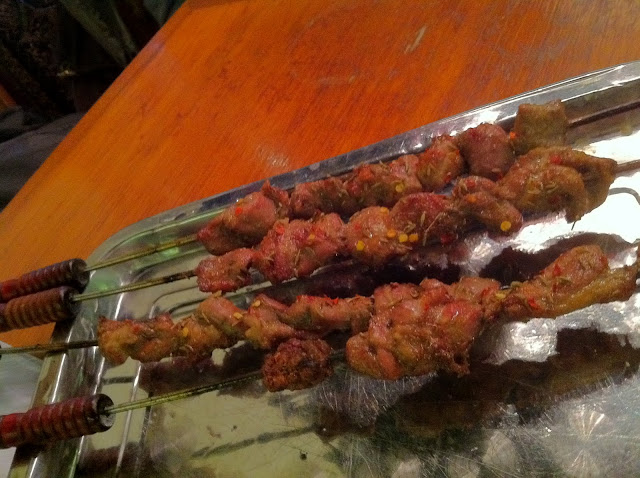 At £1 per skewer, there is no reason not ordering it. The meat is tender, if you eat it quick. Leave it for 5 mins, it becomes a strip of well-seasoned cardboard. I guess this is kind of good, at least they are serving real lamb as opposed to soda drenched god-knows-what. The cumin is strong with just a hint of underlying heat, not something we’d find on a regular Chinese menu.
Stir-fry beef brisket with BBQ sauce 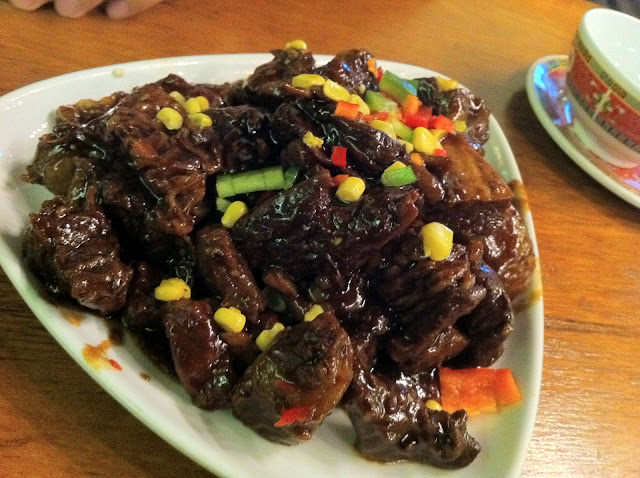 The brisket was slow-cooked before a quick stir in the wok with thick sugary BBQ sauce. It wasn’t particularly impressive or extraordinary, but plenty of meat and good with rice.
Once we ordered stir-fry pig-stomach with some beancurd  sauce and ended up gnawing away a mountain of offal. The Szechuan style chilli beef (水煮牛肉) is as authentic as it gets, a bowl of beef with equal amounts of chillies, topped with a blanket of glowing orange chilli oil. It is a fragrant spiciness that slowly heats up the tongue, as opposed to the throat-scorching heat. Having said that I only ordered it once, the amount of grease was rather worrying and finishing anything that size was a challenge.
Stir-fry Chinese Broccoli with seafood in oyster sauce 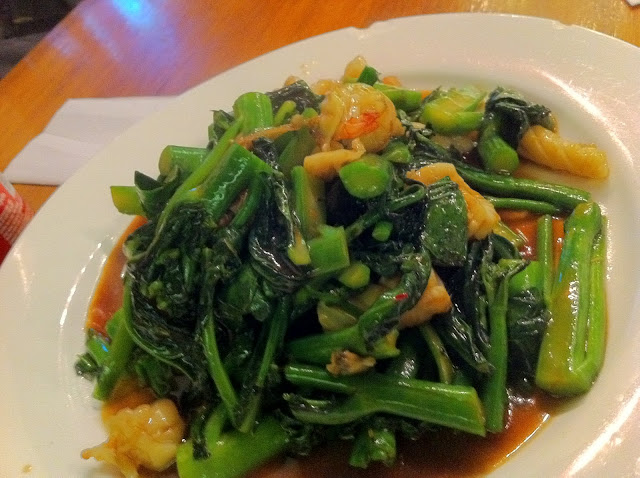 Chinese broccoli is one of my favourites, and like all stir-fry vegetable dishes, the key to a success is lots of oil – a feat My Old Place excels.
I can’t say I like My Old Place, because the food is oily and rough with extreme flavours. But that’s Northern Chinese cuisine for you. And I don’t dislike the place because the generous portions with exciting spices are so comforting and satisfying. I wouldn’t eat here on regular basis, but some regional specialties every now and then can’t be a bad thing.
My Old Place
88-90 Middlesex Street
London
E1 7EZ
Tel: 0207 247 2200
(cash only)
You may also like: Dumpling Legend, Shanghai Blues