Seven Park Place by William Drabble gets a Seven 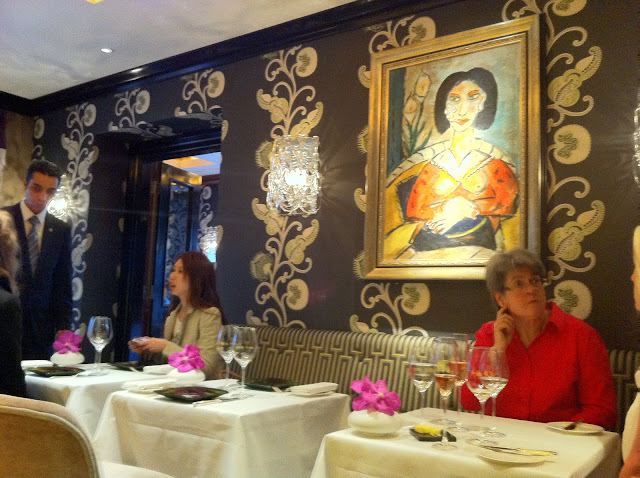 I missed out on the creations of William Drabble back in his days at the Aubergine, which, despite its Michelin star, had not been a public favourite. The addition of Seven Park Place by William Drabble to the 2010 Michelin list definitely pushed me towards reserving a table. I understand a lot of people deride the Michelin guide and while I am not a worshipper, I am inclined to its recommendations, perhaps just out of curiosity to see how right (or wrong) it could get.
St. James Club & Hotel quietly sits behind the Ritz in a modest building. Though it lacks the high-ceiling grandeur, it is swanky in the same way as Cartier or Bulgari on Old Bond Street, cosily plush. Through the bar, we squeezed through to the main restaurant, which was divided into smaller rooms to accommodate twelve covers; love the intimacy.
Amuse Bouche 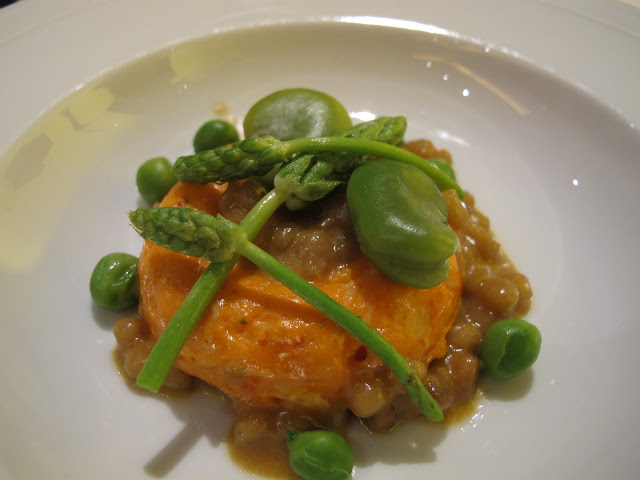 There was nothing mousse-like about it; I would call it a jelly. The texture was bouncy and dense, packed with lobster meat and roe, and it was out of this world. Just like the best bits of the lobster was picked out and concentrated into this little orange pudding. The chewy fregola absorbed and locked up the lobster butter, slowly releasing the rich juice with each chew. I loved it.
Baked fillet of black bream, fennel, sauce vierge

A translucent layer of fish oil was wobbling under the delicate fish skin; the flesh broke with the softest touch, infused with the oils and released its fishiness. I wish it wasn’t the Virgin sauce. It probably tipped the dish off balance with too much oil and not enough lemon juice nor tomato to lift the dish. Nonetheless it was still a beautifully booked piece of black bream.
Dark chocolate mousse with marinated orange and orange jelly 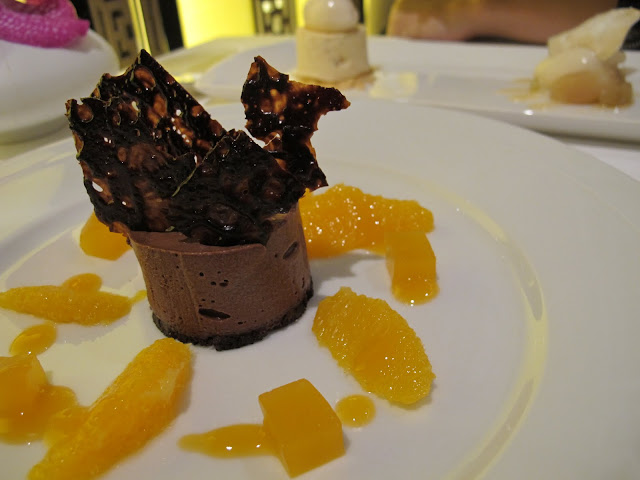 The oranges were marinated in liqueur and I confess I didn’t like the double shot of bitterness from the alcohol and the fruit itself. I believe it was mandarin. The mousse wasn’t great either, not particularly smooth, not particularly light, not particularly indulgent. The chocolate brittle made it just a tad more interesting.
Pear and praline parfait 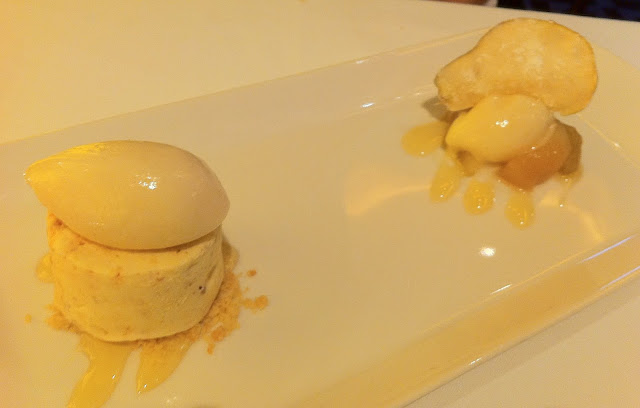 I wanted to order this originally, but Mister wouldn’t allow an identical 3-course meal…
The pear sorbet was brilliantly smooth and strangely creamy, but the praline parfait was totally the best of the lot. It was a compact block of indulgent frozen cream with crumbly bits and pralines, which created some interesting textures with the sorbet.
It was a busy weekend service; our servers, though polite and smiley throughout, were slightly flustered and left us without cutlery after our starters arrived, not to mention our empty glasses. The meal was still pleasant, not mind-blowing though. Not dissimilar to Artisan, while the cooking was perfect, the recipes were somewhat reserved with the safe, tried & tested combinations. Hmm… 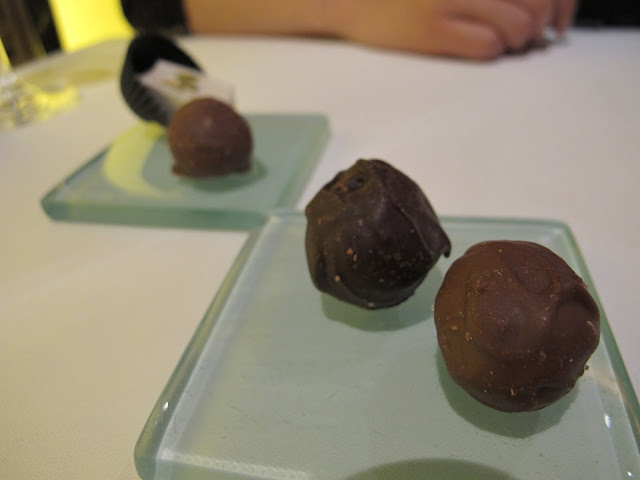