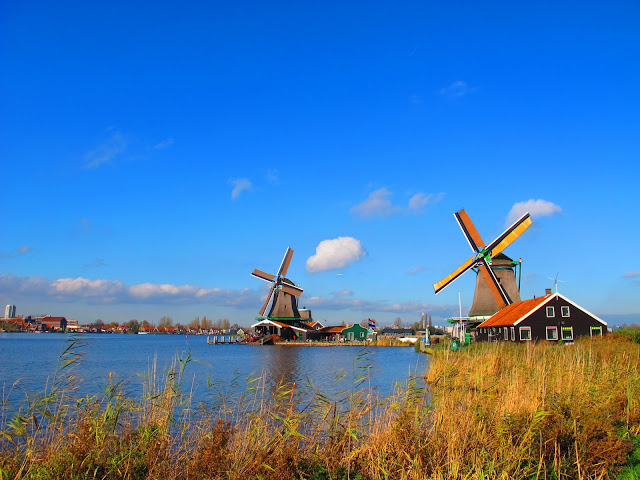 Amsterdam is often portrayed as the City of Sin. When I told Big Boss I’m spending a couple of days in Amsterdam, his immediate reaction was: ‘Why? It’s just a massive toilet hole.’ Well, I can’t concur.

Mister stopped by this city during his 120-hour expedition from Tallin when the Icelandic volcano choked, and I visited 14 years ago on a Europe tour with my folks. Back then the Euro currency was still an ambiguous idea (should have stayed that way). I do remember Mum ended up with a diamond ring that she never wore, however.
Weather wasn’t great on the first day, dark thick clouds barely holding in the rain. Despite the minor confusion with the train system from Schipol to Amsterdam Centraal, we survived. I suppose it’s a no-brainer for everyone else on a normal day, but we’ve been up since 3am and slightly flustered by moving the clock back an hour, then catching our flight..... I'm sure you're interested. 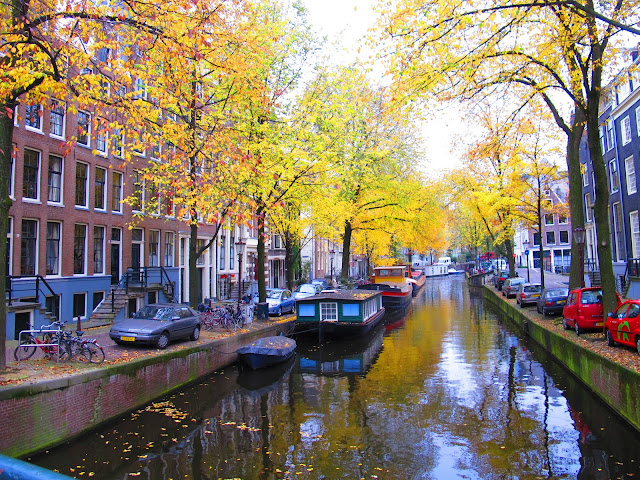 I guess Amsterdam’s best known cuisine is called weed, then probably mushrooms and then perhaps pancakes may be the next in line. 'Pancakes!' in the Canal Ring area had a crowd despite its tiny shopspace, so we'd figured it had to be good. Having said that, I was a little skeptical as I never enjoyed My Old Dutch in London and savoury crepes are hardly new. It wasn't too long a wait as it was 4pm by the time we had meandered around Old City and took our time at the hotel.
Poffertjes 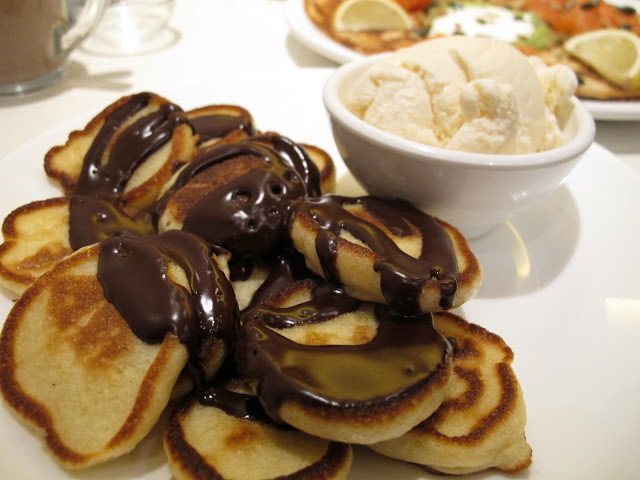 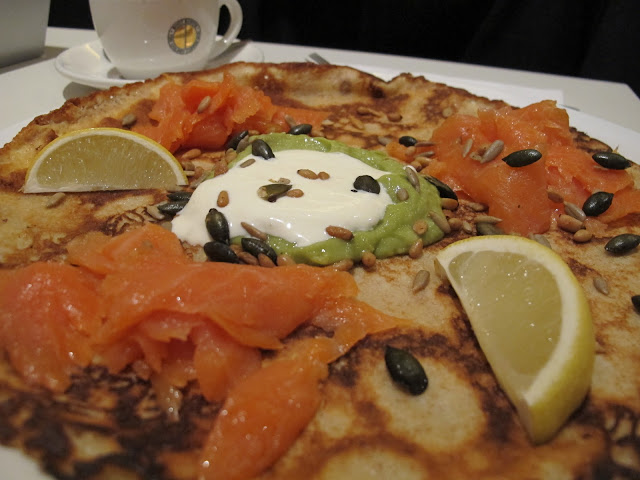 Right, so this came pretty big, and loaded with heaps of smoked salmon too. I was relieved to see a thin sheet of pancake, unlike the blanket of flour at My Old Dutch. It was delicious; crème fraiche was, strangely enough, lighter than the usual sour cream, probably neutralised and blended the flavours better. The warm iconic Poffertjes with ice cream was absolutely scrumptious.
Then God started spitting on us again; it was time for some beauty sleep. Yes, at 5 in the afternoon. 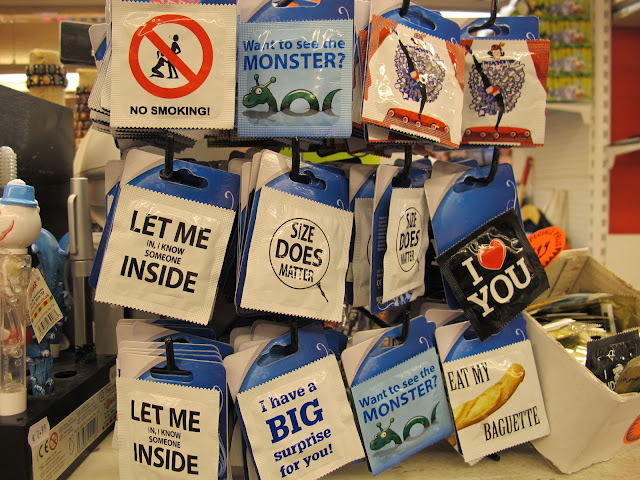 After some fresh air in the Coffeehouse and a wander in the Red Light District, it was late dinner time. In half a day we managed to sample almost every edible/inhaler-able item that represents Amsterdam. The Old City is dominated by Asian restaurants and Argentinean Steakhouses. According to Wikitravel the steakhouses fast food joints are major tourist traps, so we dodged; apparently the Chinese and Indonesian restaurants are pretty close to authentic though. It was New King on Zeedjijk that we chose, partly because there was a Hong Kong Foodie Mag article stuck on the window. 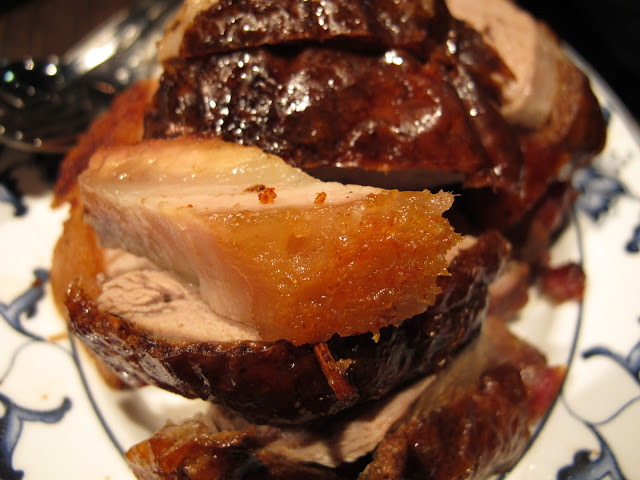 We weren't disappointed. The roast pork beats what London has to offer by miles; the layers of lean meat and ready-to-melt lard were distinctive, all topped with perfectly roasted, crunchy skin. Other roast meats benchmarked, and this heap of food sells for less than 14 Euros.
Next Day we took Bus 91 from Amsterdam Centraal to Zaanse Schans for some real fresh air. 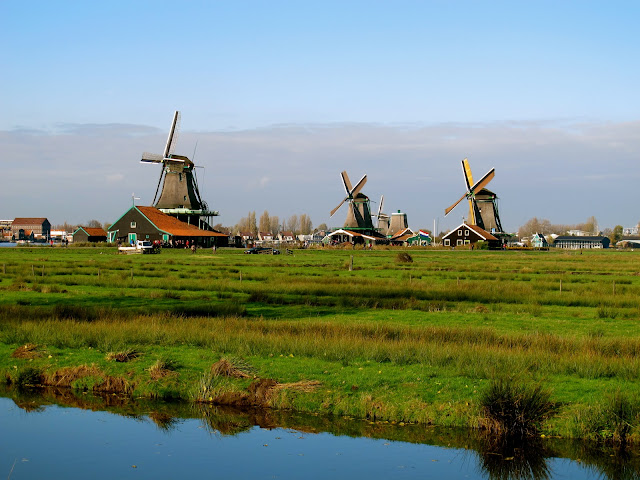 Picturesque village with paintings-like scenery worthy of a day trip. The 'open air museum' is only 45mins from Amsterdam by bus. Train is also an option, but it's a good 20-min walk from the Koog-Zaandijk station. Not much to eat though.
There are also tiny little shops that sell chips with different sauces; how can one say no to freshly fried chips. We tried Chipsy King with cheese sauce and Manneken Pis with peanut/satay sauce. Just by looking at the number of people munching away in front of Manneken Pis, the winner is obvious. 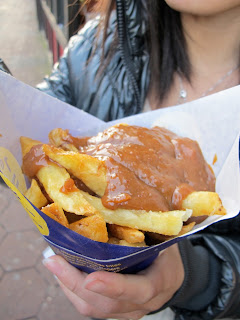 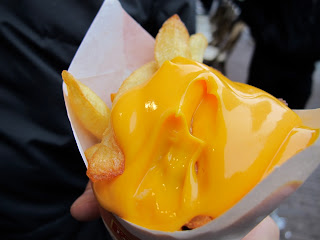 It’s so simple and the sauce is cold and the colour doesn’t look right but it’s so Dam good! I mean, what are the chances of freshly fried chips with loads of sauce being not good? Huh?
There was also this ancient ice cream shop called V.D.Linde on Damrak selling soft whipped ice cream that goes for less than a Euro. It was like going back 20 years and tasting the bare goodness and richness in cream. Strangely delightful. 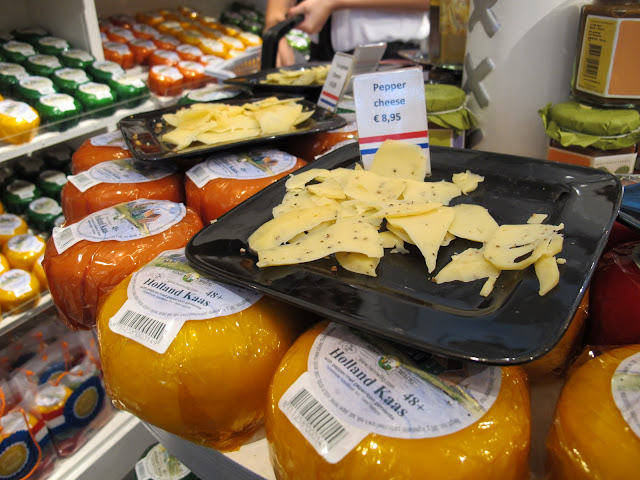 Dutch cheese has also earned its reputation. Shops are generous with their tasting samples and while we were scratching our heads over dinner, Cafe Bern,  known for a secret family recipe cheese fondue, came up. My stomach was totally juiced up for seared steak in Dutch cheese, only to be told in the full house that there won't be a table until 10, on a weekday. Grrrr...instead we had Indonesian. 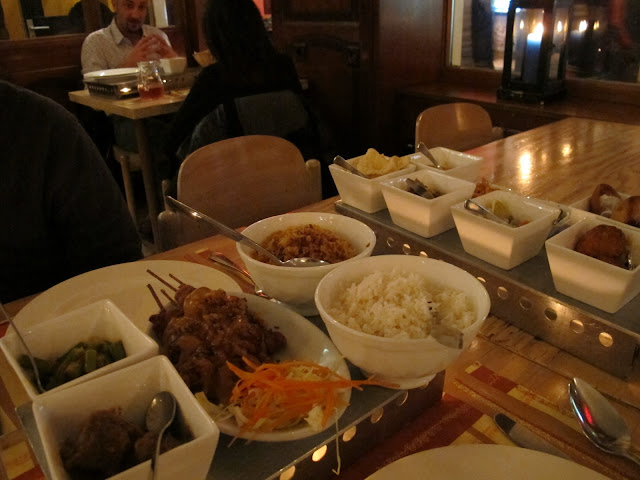 The 13-dish Tasting menu at the Indonesian Aneka Rasa was impressive; lemongrass salad was godsend, chicken satay was properly grilled and succulent, smothered with satay sauce, veal was soluble and even the odd stewed egg was a pleasant surprise. There were only 2 waiters serving a full house of 30 tables; patience is a must.
Our last day in Amsterdam was the usual lazy day. After breakfast at Kwekkeboom, an artisan bakery, we took it easy on the outskirts of the canal ring, soaking up the sunshine by the canal, sipping tea and smoking dope. 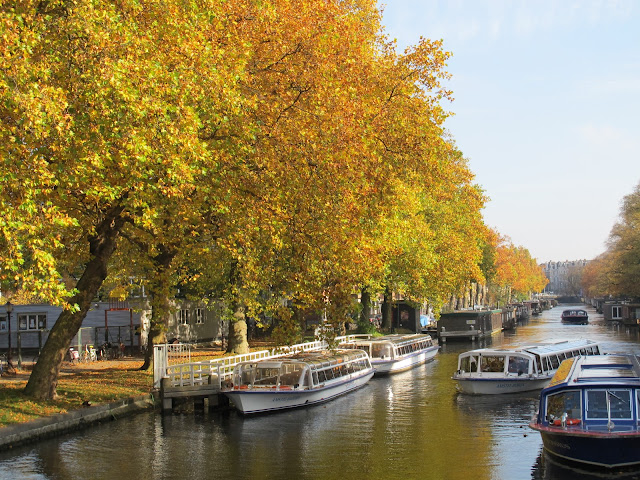 Amsterdam is a great city, I loved it. Not a bad meal for 3 days, people speak English, girls (at least in the RLD) are hot, illegal is not a word and freedom speaks for itself. The place is hip, bursting with life yet tranquil, bad-ass yet peaceful, dirty but beautiful.
at 17:03