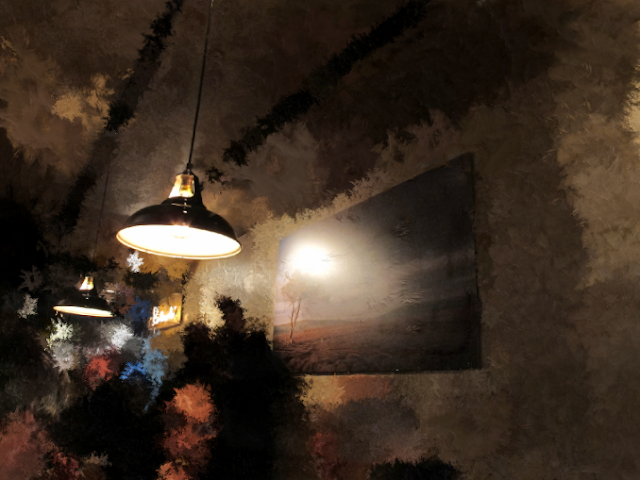 We set out with The Long Table on Abbott Street in mind, you know, the ‘secret’ market opening every Friday till Christmas with Nuno Mendez heading The Loft and all the cool eats in the neighbourhood. But things rarely go as planned; we were distracted by the new BoxPark in Shoreditch. It looks uber trendy – shops in cargo containers, each bursting with their characters.


It was cold, I was starving and Abbott Street was miles away… we followed the aroma trail of sizzling beefy meat patty coming from one of the upper boxes to find Bukowski, a burger bar squeezed into a cargo box. The tiny space managed to fit 3 booths and an open kitchen at the end; the patchy paint and low-hung lamps all fitted the Shoreditch look. We were so worked up to for this – the homemade condiments, menu printed on brown paper (blown up Spuntino- and Polpo- style), Josper oven in sight and freaking king-size burgers flying out the kitchen. 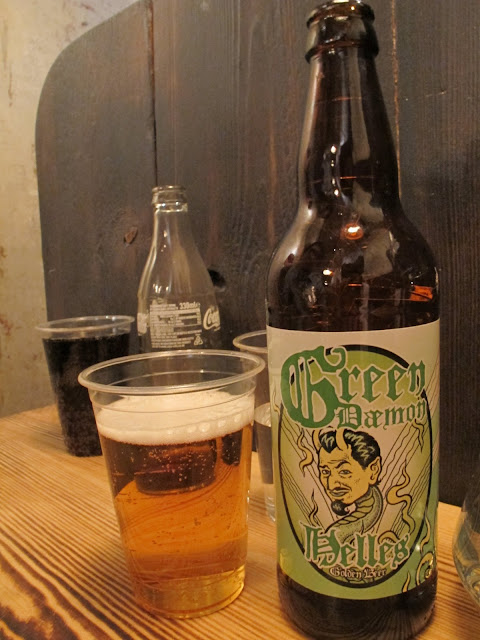 Beer was on the house to celebrate its introductory week. Not dissimilar to organic honey dew, Mister says. No idea. 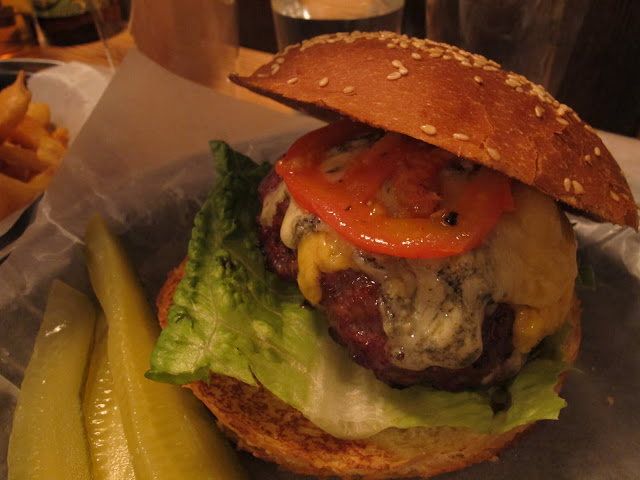 I thought about the Mother F Burger, double patty, loaded with cholesterol and whatever else that will make us sick afterwards, but chickened out. Instead I decided to take the acid test by opting for the cheese burger with stilton. I was offered the choice of Ciabbata or Brioche bun – Brioche totally.


This looked the part: toasted bun, meatball-like patty and melted blue cheese sprawled all over the beef. But it only took one bite to realise this was only a good burger impostor. The meat was so overcooked I could squeeze it in my palm and no juice would drip from it. Seasoning was off by miles as if it had been coated in salt then topped with even saltier cheese. No bovine goodness detected it could have been made out of cardboard. This was a burger nightmare. And had the cow known this was what it was dying for, it’d have legged it from the farm.


Obscurely I was charged an extra £1 for the cheese on top the £6.50 cheese burger. Hmm… 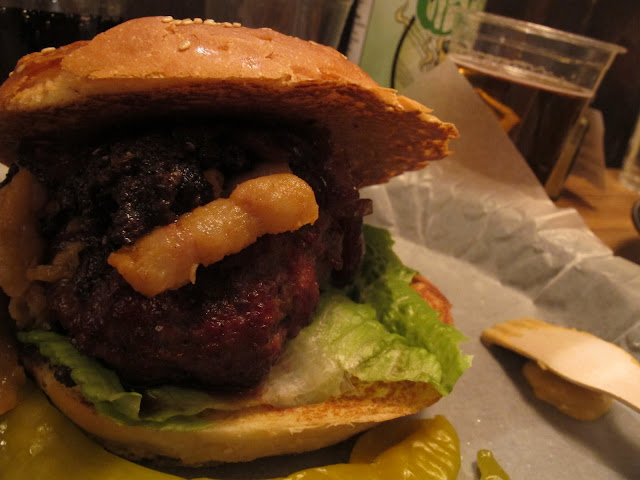 This was the month’s special; beef patty topped with Morcilla, Pancetta Iberica and Red Onion chutney served with oven dried tomatoes, lettuce and sweet Guindilla peppers.  And the nightmare continues. This time with an extra salt kick from the limp pancetta (bacon really) dangling its fat on the side.


Had the Iberican Pig known this was what it was contributing towards, it’d have legged it with the cow. 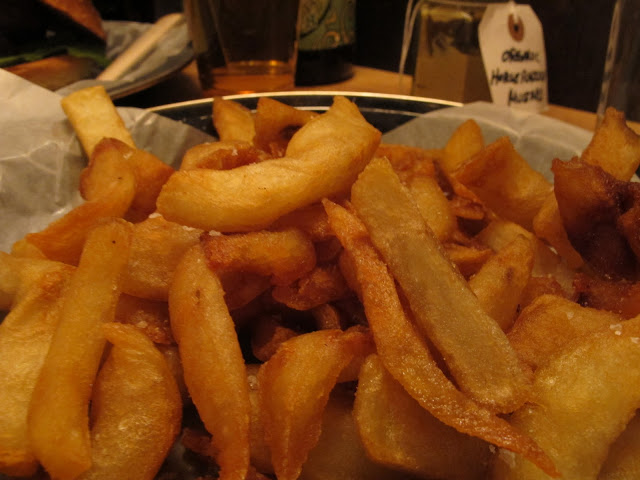 Triple cooked and fried in beef dripping. Yea, only half the portion was really chips, the other half were bits and pieces found at the bottom of the fryer. The good portion was truly good, nonetheless, fluffy and crispy.


The formula is spot on; specialised menu, guaranteed traffic in the super hip BoxPark, the right kinda food in Shoreditch, cosy enough to be a public secret… but the food didn’t deliver. All boxes checked, except for the ultimate key: the beef. Is it teething problems? I don’t think so. Say the service was rocky or flavours need fine-tuning, then yeah it’s teething issues. But it felt as though the owners have yet to grasp the essence of a real good burger. The waitress didn’t even ask how we wanted it, and judging by the cooking, chefs have yet to do the Josper oven justice.