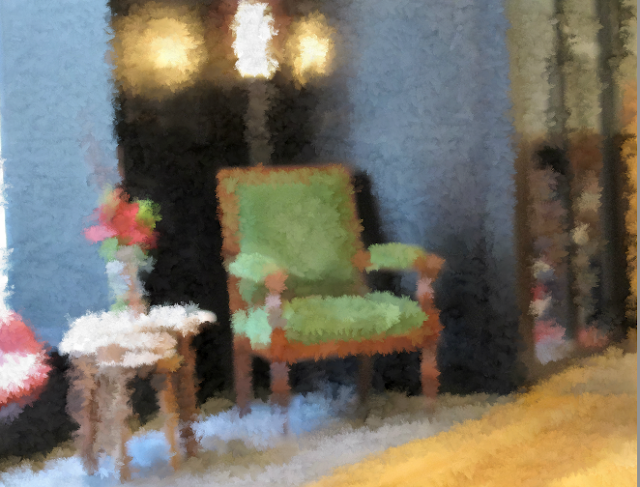 Pollen Street Social has been sitting on the top of my Eat list for months; getting hold of a table hasn’t been easy. The main dining room was all booked up, as expected, but we managed to secure a small table for two in the bar area. We were 30mins late, partly because I woke at 12 and mainly because of traffic jam on the Central Line.


The receptionists weren’t bothered when we turned up at one. As if everyone else was just waiting for us, after we were seated, diners were flooding the door in batches. Before our canapés arrived the restaurant was packed plus people waiting at the bar. Seriously? On a weekday lunch? We were offered fresh bread some canapés, Greek olives and cod roe taramasalata. 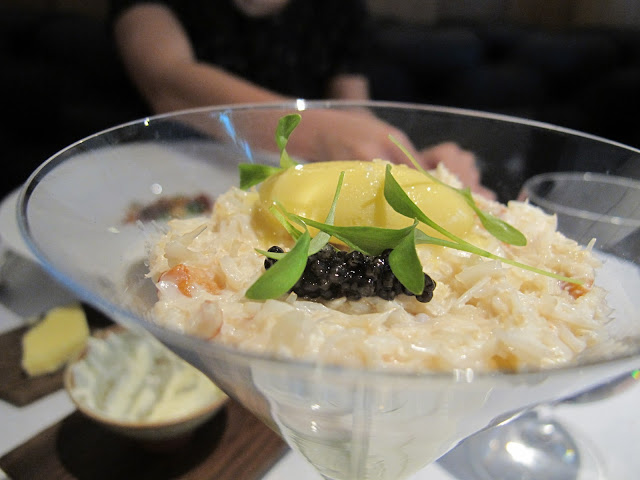 Looking super classy served in a cocktail glass. I stole two spoonfuls from Mister; the sweet juicy crab meat, velvety rich avocado cream with a light twist from a squeeze of lemon, together with the potent kick from the caviar lump, an absolute godsend. Sweet corn sorbet was a little unrecognisable, added some ambiguity to flavours, though no harm done. The only caveat was the odd broken bit of crab shell.


Mister wasn’t so enthusiastic towards the end of the dish, the intensity of the avocado eventually became an overdrive. 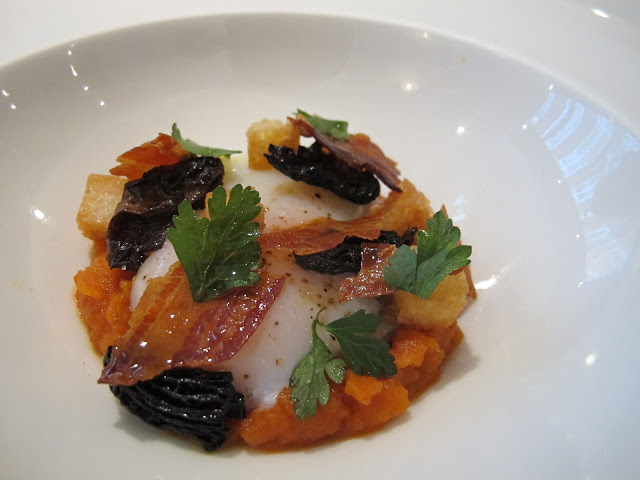 This was the dish I came for. I have seen too many photos of this full English breakfast, yet when that wobbly yolk on that bed of gleaming tomato velouté sprinkled with crouton confetti arrived at my table, I was still amazed.


The softest egg was beautifully complemented by the crispy, paper thin bacon sprinkles and fried-bread wannabes; the sweet tomato sauce was reined in by the mushroom puree; then that egg yolk flooded over the composite, and brought all the familiar flavours together. While the textures were mostly baby food-like, the construction of flavours was structured with distinctive layers from each item on a typical full breakfast, minus the grease. This interpretation is ingenious, humorous and glowing with finesse. 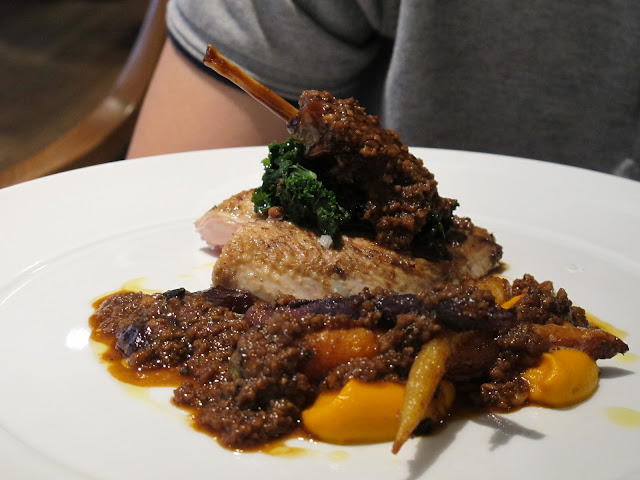 We both had partridge because of my new found passion for game birds, served rare. Gotta say, this doesn’t look pretty. I guess bolognaise is not easy to beautify. Still.


The presentation issue was quickly forgotten. The partridge was immaculate; silken textures akin to chicken thigh, compelling characteristic gamey flavours from oozing juices minus the metallic bloodiness or rawness, complete with a prevailing aftertone further strengthened by the distinctively gamey bolognaise. Blow after blow of intense flavours were softened up with carrots of unlikely colours and smooth pumpkin puree. It was one of the best things I have eaten, ever. 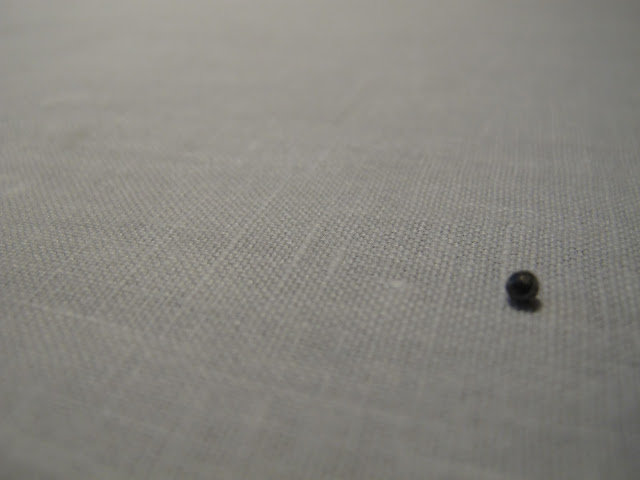 Two things, though. 1) Mister found buckshot in his partridge, though common we expected better care. 2) Cutlery. Is it not better to have knives with a serrated blade for ease of cutting? Incidentally all our cutlery had scratches all over them. It could be the design of a super brand I’m simply ignorant of… Mains were substantial so we shared a dessert. In short, there was nothing pistachio about this dessert, except for the colour. Both the ice cream and financier was all almond no pistachio. Crumbly edge, yes. Moist cake, yes, Pistachio, no. The vanilla chantilly on the side, however, was addictably good; light and airy, pack with vanilla seeds for that extra fragrance. 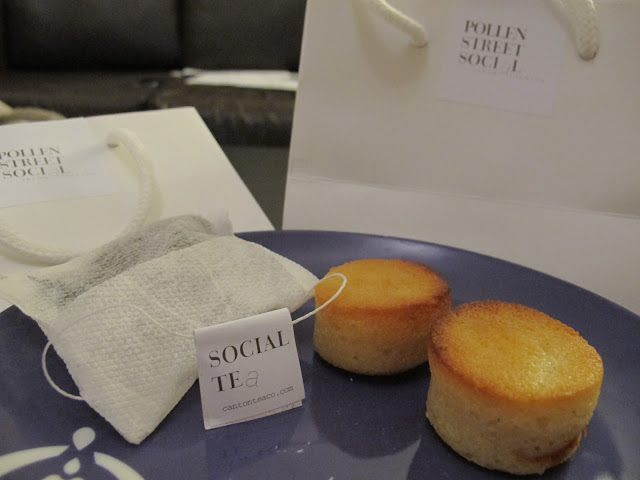 A cute gesture. We were given a little key when we checked our coats in and were told they had a little something for us to take away after lunch. The key opened up these gold lockers at the reception, inside there was a wooden box, inside which these little white bags, and inside which were two buttery Madeleine with a teabag, and note saying Afternoon Tea is on them.


To say the food at PSS was great is an understatement. The table of four next to us had their rib-eye steak served on a pine fruit set alight to give off this smoky festive aroma; the scallop ceviche on our left was edible art. Recipes have been carefully designed for a three-dimensional meal, interpretations were creative and senses were maximised. Some waiting staff was brilliant, knowledgeable and swift. Others were probably bar staff that was less particular about serving on the right side and overall formality. But hey when the food is that good, nothing else matters.