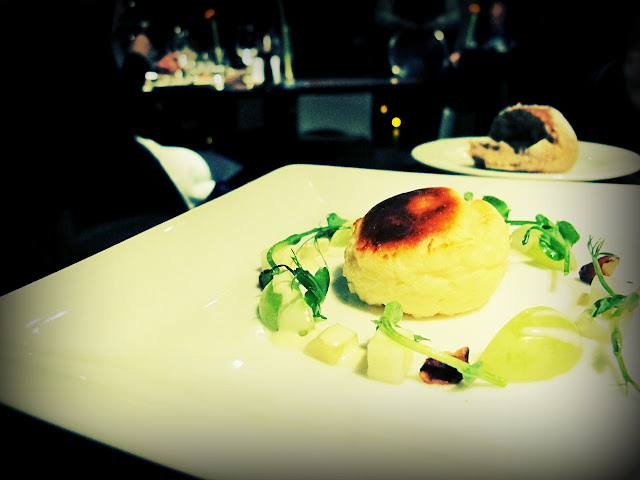 When I told my Dad we were going to Michael Caines’ for lunch shortly after we arrived at Manchester, he got excited about the Alfred from the Batman movies. He was much less ecstatic about one of the most acclaimed British chef with two Michelin stars to his name. Well, I was.


Good thing I made a reservation as the front of house was turning disappointed walk-in diners away on a Tuesday lunchtime. We were shown down the stairs to the basement, where the restaurant was heavily curtained with black velvets, lightly adorned with black & white hangings and brightly contrasted by a single orange Gerbera on the each table. It felt light, modern and slick. 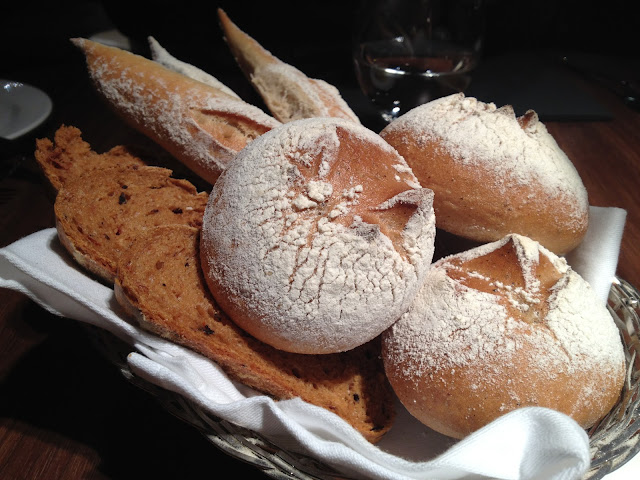 We opted for the excellent value “Amazing Graze” Lunch menu that offers smaller portions off the a la carte, with options for 3, 4 or 5 courses and wine pairing. 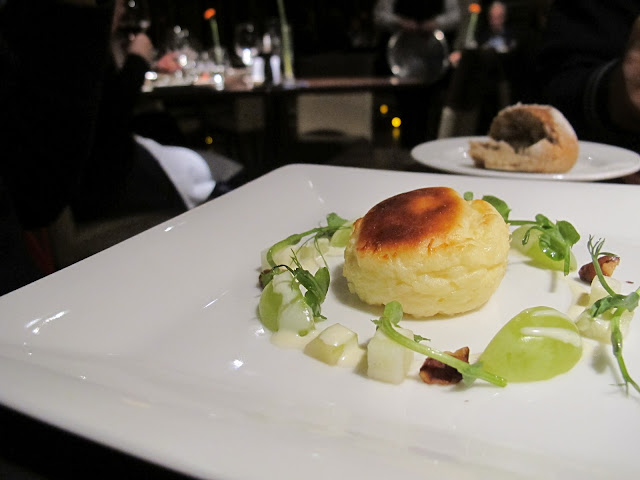 The small ball of baked cheese was delicately crispy on the edge with a semi-fluffy and semi-gooey filling. Just a hint of nuttiness that was brought out by the grape. Perhaps a tad salty on its own, but absolutely perfect with the salad. 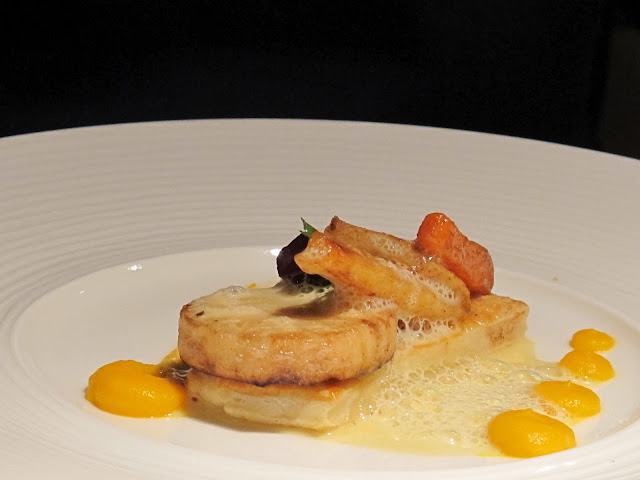 This was an elegant interpretation of a deep winter comfort dish – a disk of celeriac, honey-roasted parsnip chip and sugar sweet carrot stick on a slice of puff pastry that had soaked up the creamy sauce. Not sure where the truffle fragrance in the foam had evaporated, but the small blobs of pumpkin puree completed the composite with a well-rounded sweetness. 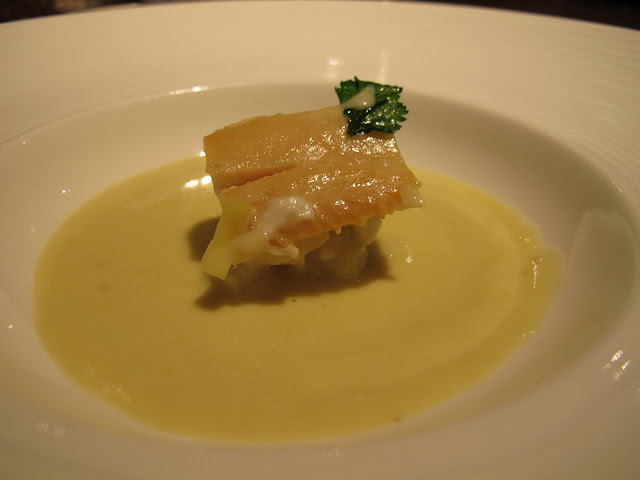 Possibly the least extraordinary dish of the meal. The soup, though thick and silky, was slightly over-seasoned, and together with the natural saltiness from the smoked fish, I thought it had tipped off balance. 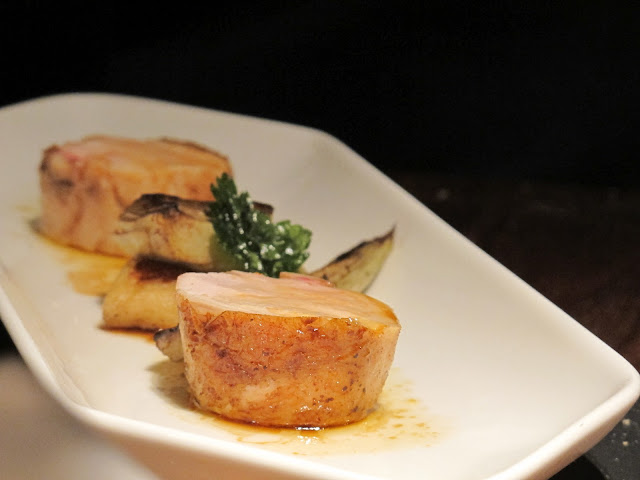 Dad had never been more impressed chicken breast. The pieces were packed with herby flavours and so succulent and tender that they resembled chicken leg, just slightly denser. The supreme highlight was the wafer thin slice of roasted chicken skin that was concentrated with all the essence of the meat, yet remains almost grease-free. 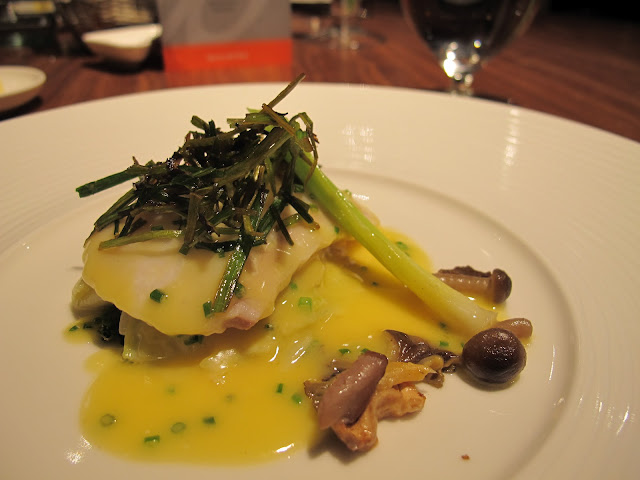 Mum and I both went for the fish and we thought it was as good as the chicken, if not better. The fillet was cooked to perfection; the silken flesh flaked off with a gentle poke from the knife and took on the ultra rich buttery, almost custard-like, sauce without losing its detectable freshness. 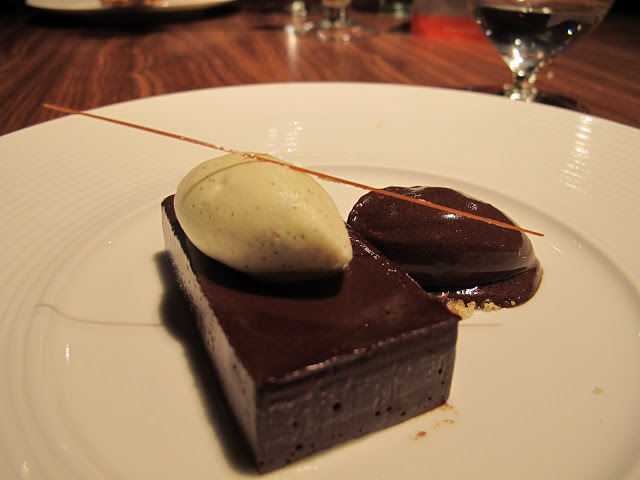 The chocolate mousse was more like a softer torte, much more solid than a typical feathery mousse, but also a lot more powerful with the cocoa bitter-sweetness. All with a double punch from an equally intense chocolate sorbet. 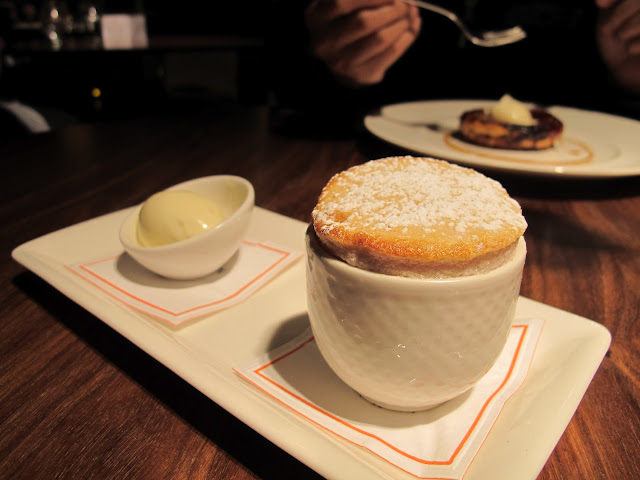 I didn’t get a chance to sample this as Mum wolfed it down with approving nods. 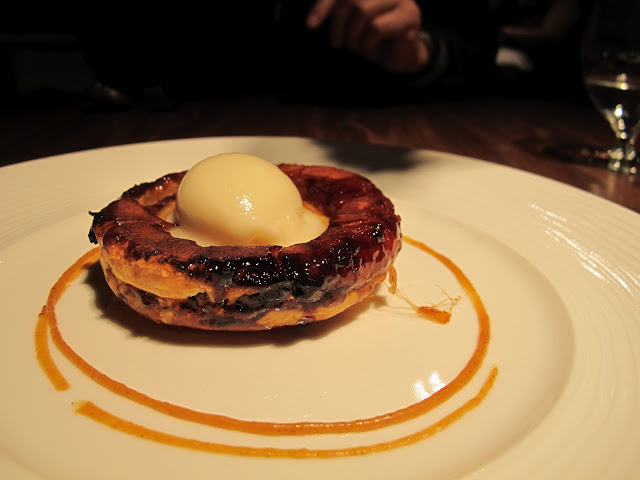 I thought this could have been better with a less burnt and less chewy tarte; Dad thought he would have preferred tinned pineapple to avoid the eye-twitchingly sour fruit in the middle; Mum thought the vanilla Chantilly was gorgeously light and fragrant.


How was I to know Manchester have such a brilliant gem hidden? Food at Michael Caine’s Abode was undoubtedly top of the league, gracefully presented and glowing with finesse, served in a hip & chic environment and relaxed ambience. It was the perfect way to kick-off our Old Trafford pilgrimage.


On a completely irrelevant note, while my folks were completely overwhelmed by the sheer atmosphere at the Old Trafford, I thought the match could have been better. Without Rooney, Nani, Jones or even Giggs, we only managed to scrape two penalties against Stoke City… not exactly the most gripping and engaging game. Then again, the satisfaction on my folks’ faces made the trip worth every penny.

You may also like: Viajante, Tendido Cero, Santa Maria
at 16:08