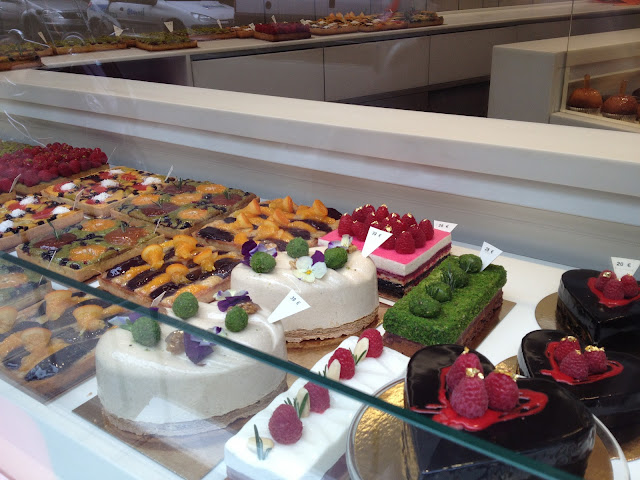 We didn't get round to Pain de Sucre (above)...gutted.

Pierre Hermé
The eccentric creations of Pierre Herme needs no introduction. With PH's boutique in Knightsbridge and counter in Selfridges, we lucky Londoners get to sample his adventurous macarons. So for this visit I'm here for his croissants and vanilla flan, which apparently are equally exquisite.

To cut a long story short, I didn't get my croissant. The lady in the Bonaparte store (the only croissant selling store) packed it up but left it outside my shopping bag...ROAR! The next day they were sold out by the time I got out of bed. I was seriously depressed... So depressed I made a special trip to Knightsbridge only to be told the croissants are no in UK market, yet. 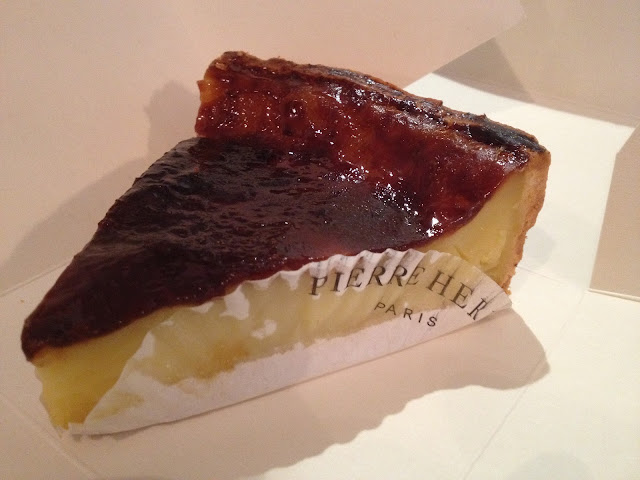 Yes it was a good flan, with wobbly custard and buttery crust, probably better than a regular flan. But nothing sent me over the moon. It was just, nice. 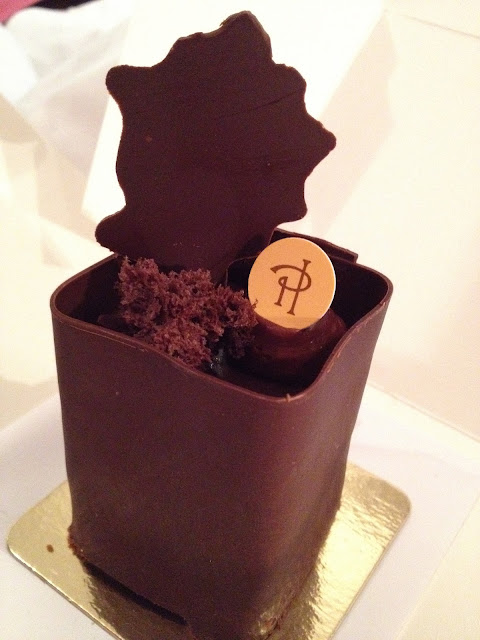 I thought this was better, at least the construction has been given more thought and complexity; the density varied throughout the cake with mousse, sponge and a brittle biscuit base. But the chocolate could be smoother and the lump of sponge cake (?) sitting atop was inevitably stale. I did enjoy it at the time, but then I met Jean-Paul Hevin... 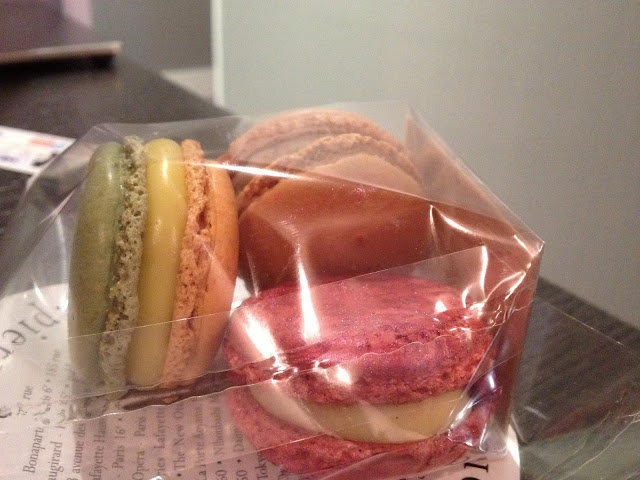 We stuck to the trusty macarons, and yea, he's still got it.

Jean-Paul Hévin
This man is a Meilleur Ouvrier de France, which basically means he is officially the best chocolatier. Period.

On the designer flooded rue Saint-Honoré, JPH's salon de thé was nested above his boutique, where pastries, macarons and chocolates were shimmering like jewels in the display cabinet. Prices were leaning on the extortionate side when dining-in. But then JPH is supposed to be the best. 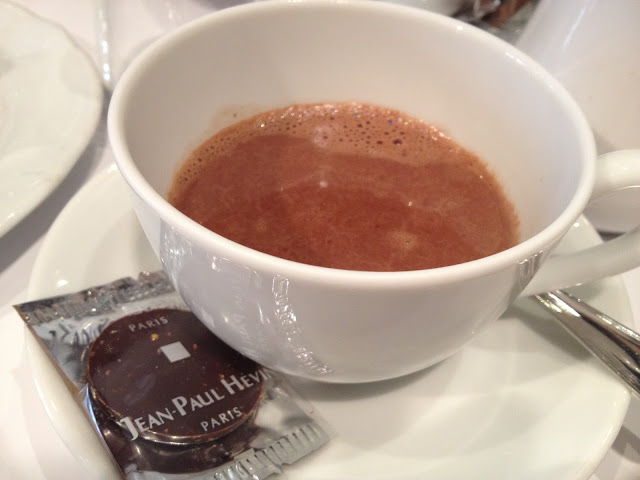 It was much thinner than I expected. It tasted distinctively different to what we typically perceive as hot choc, the cocoa aroma was mild at first, then slowly unravelled to release more roasted bitterness, just faintly sweet as the flavours eroded. I liked it, but had it not been the fame of JHP, I probably wouldn't have enjoyed it as much. 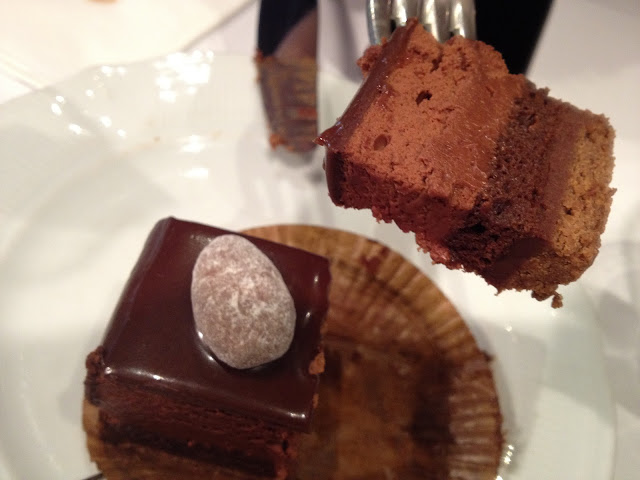 This was love at first bite. This was rich, but not to the point that you think you've had enough. As the flavours evolved, there was a fruity undertone to it that made the cake lighter. Even that little nut was coated with a thin layer of salted caramel before enveloped in choco... 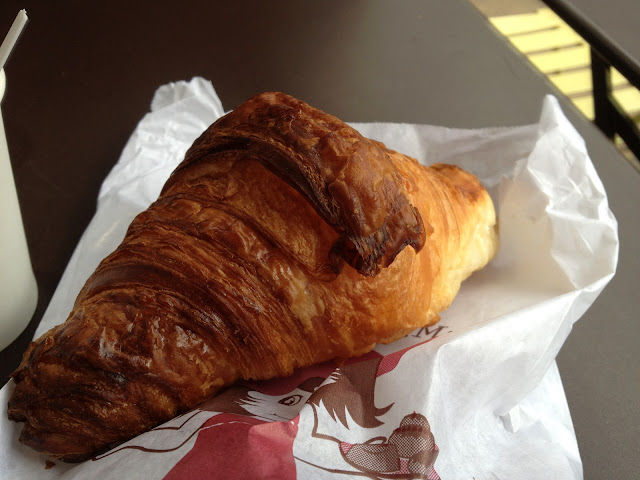 We were lucky to have Blé Sucré a couple of corners from our hotel. Fabrice Le Bourdat, once the pastry chef at the 3-starred Le Bristol, took care of our breakfasts by making legendary madeleines and croissants.