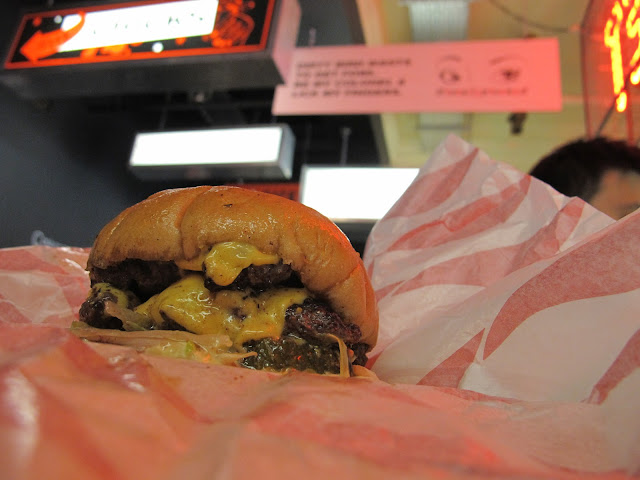 I've been having craving issues. Among the magnitude of things I have been craving for, food is the most easily accessible and resolvable one. By 4pm on any weekday, I'd start hallucinating a juicy smokey beef patty, smothered in melted cheese, wedged between supple buns, luring me to take a bite... Fuck's sake I need to get out more.

Remember MeatLiquor? The burger hip-house that served me a super lemon buffalo chicken burger? I thought it was more hype than good, but Mr Yianni's dedicated followers had brought him to his next project: MeatMarket - hidden above the Jubilee Market in Covent Garden. So I get to give the MEAT series another go and satisfy one of my cravings. Perfect. 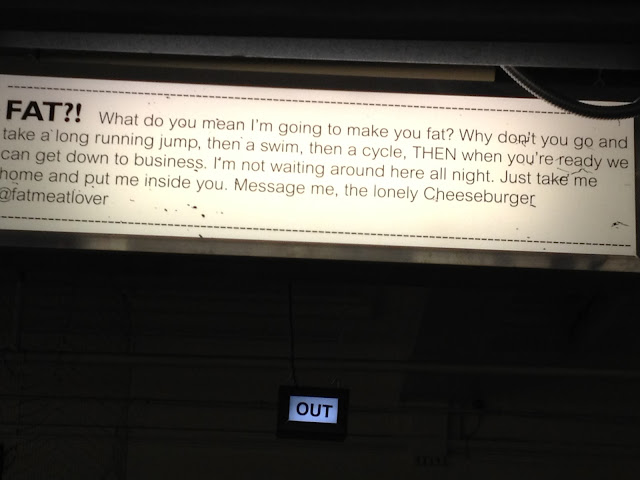 Surprisingly quiet at 2pm on a sunny Saturday, just four tables occupied. Gone were the street art graffiti and crazily deafening music, the food-court fast-food style counter was decorated with light boxes of good-humour quotes, which kept us entertained while we waited for our food. Menu was much shorter than MeatLiquor and I was a little miffed about the cheeseburger not making it to this menu; LucyL highly recommended that. 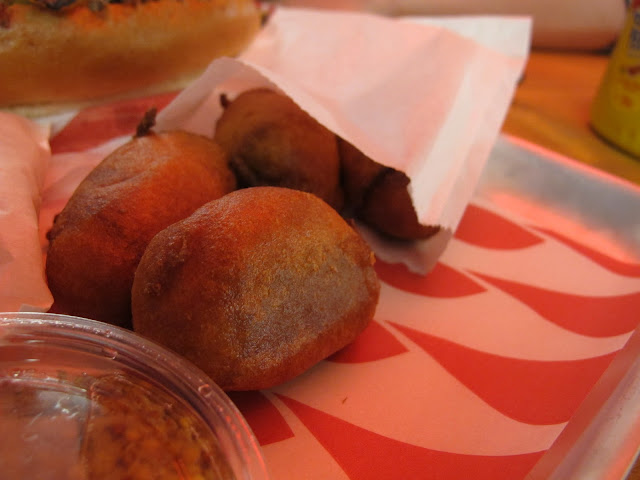 American battered sausage, only ten times better. First the crunch from the perfect corn batter, then the second crunch from the brittle skin of mini-savaloys. The syrupy honey mustard sauce helped to wash some of the weight off, or put more on, depends. 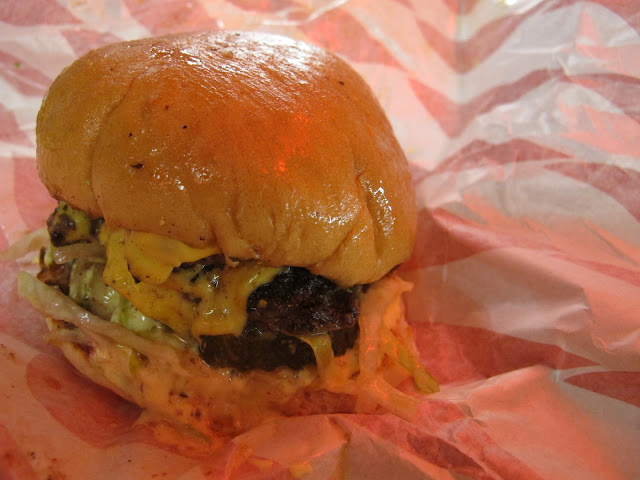 The safest bet - double patties with meat juice trickling down, fuses with the softened cheese and drips onto the grease-laiden bun. Even better and juicier than what I remembered - there was so much of it each bite caused a mini squirt... finger-sucking good, for real.

The burgers at MEAT and Lucky Chip are totally different. MEAT does traditional American-style burgers, with the ketchup, lettuce and gherkins; Lucky Chip has more modern recipes of mixing whatever might go well together, and they do it well. 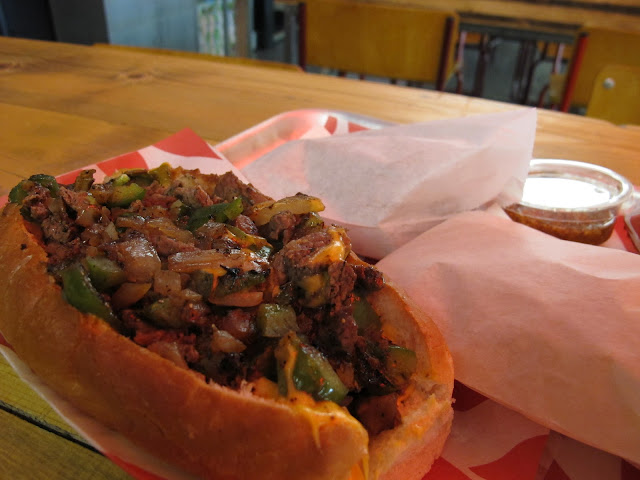 I was hit by a familiar smell, took me a few seconds, then I got it : stir fry whatever meat with black bean sauce! Must have been the combination of green peppers and beef, but it felt downright weird to have this flavour with a soft bun. My strange connection of the two aside, beef cubes were plenty and tender, sitting on top of a bed of melted cheese, not a bad sandwich, I just wouldn't do it again.

MeatMarket and I bonded much better than MeatLiquor did. While the food was more or less indifferent, not having that lemon-imposing-chicken burger really helped, at least my taste buds remained functional and intact. Not waiting for an hour, then eat in the dark with glaring music probably did the rest of the trick for me. Look I'm a simpleton, so keeping a burger joint simple ticks the boxes.

You may also like: Lucky Chip, Pitt Cue Co.

On a side note, we tried The IceCreamist for dessert. You know, the parlour that got the UK talking by selling breast milk ice cream, named Baby Gaga. 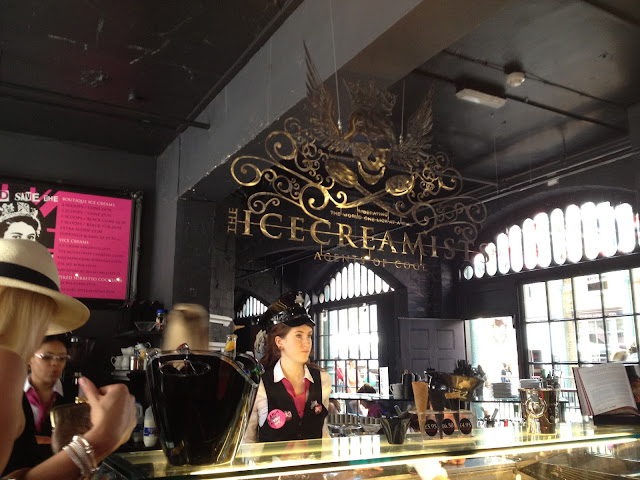 Well, at £20 a pop I didn't go for the frozen breast milk, and tried Popcorn and my new found passion, peanut butter. 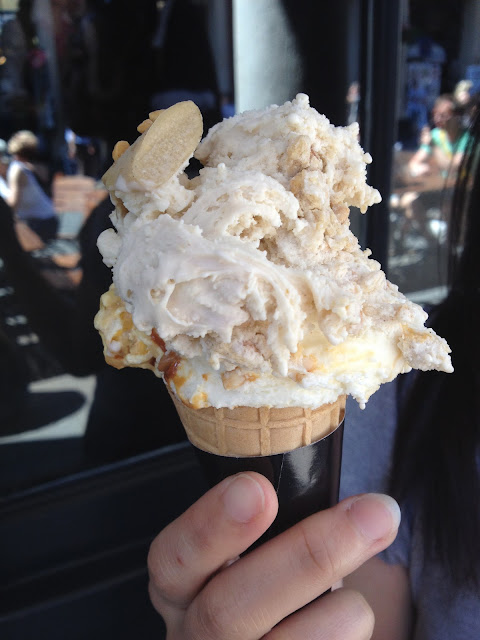