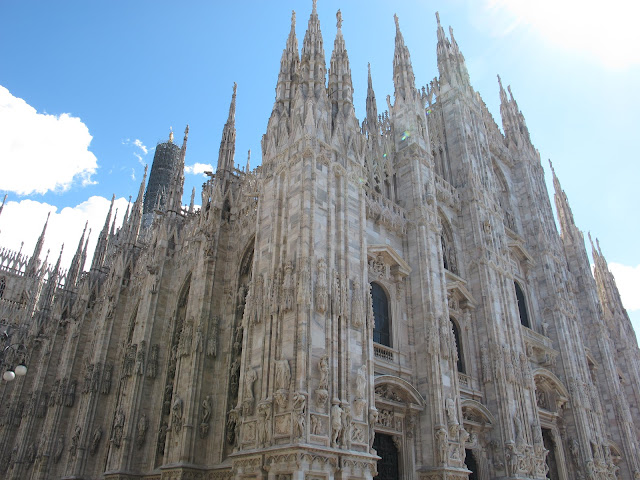 Milan isn't one of my favourite spots in Italy; it lacks the flair, the passion and the sex appeal that other Italian cities have to offer. She tries too hard; Gucci-lined streets and Prada-filled malls, yet people trot around in trainers and sloppy outfits. Food doesn't rank so highly here either, traditionally crude and unfortunately metropolitan. Recently a French bluntly, and mercilessly, pointed out that Italian cuisine is overrated, and I for all kinds of reasons failed to defend it. 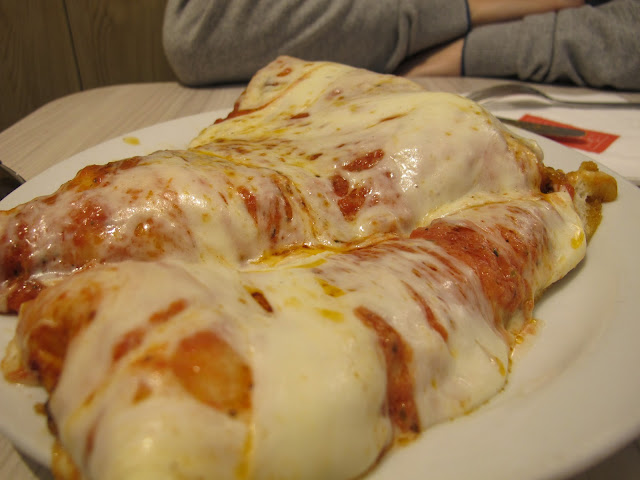 Our first stop after a 40-min train ride from Malpensa was Spontini. A local MIlano recommended it as a good lunch stopover. The menu has 3 items: large Margherita pizza, regular Margherita pizza and Lasagne.

Normally I'd go for thin crust over thick any day, but this was totally different. The pizza dough was feathery soft and airy, just doughy enough to give substance and the base was soaked with olive oil for crispiness. Smothered with ultra stretchy cheese, fresh tomato puree and generous handfuls of herbs, easily a winner. Silly queues were forming by noon, when whole pizzas were flying out of the oven and people were snapping them up in no time.

Guilo Pane e ojo
After a couple of espressos and a mid-afternoon beauty nap, we set out for Guilo Pane e Ojo, a place recommended by locals and many tourists. Frankly this was a nightmare. The best bit was the complimentary bubbly we were offered while we waited for a table. To start, Tonnarelli con salsiccia e funghi and Spaghetti Carbonara were drowned with salt with low-quality pasta. By low quality I mean bland, frozen and overcooked. 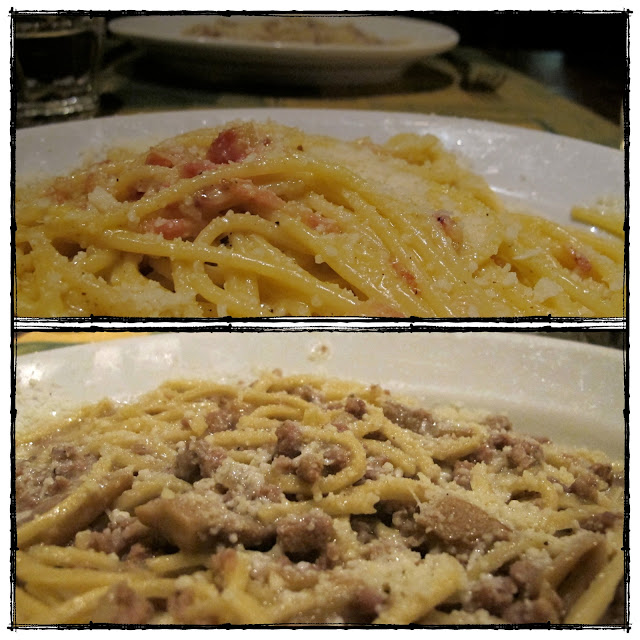 The two pasta dishes tasted the same and equally bad. Yeah I know MIlan does risotto better, but a) it's not on the menu, and b) this doesn't justify shitting all over the pasta. 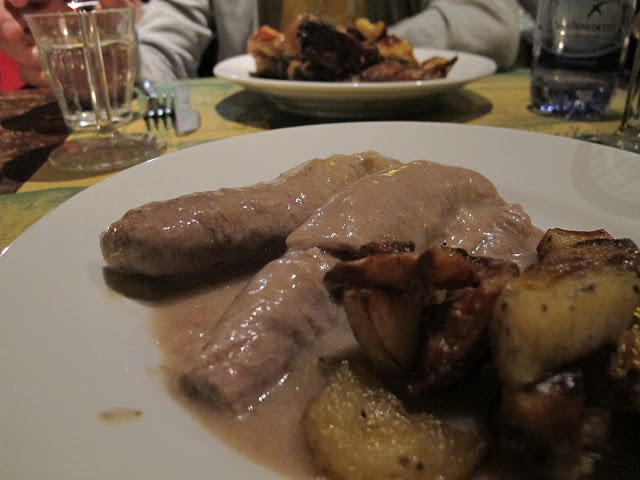 Now what does this look like? Either an old man's fingers immersed in pale shit, or a very ugly wrinkly small penis that accidentally fell into the sewage. The texture was exactly like lean pork that had been boiled for 6 hours in soup, and everything was heavily dosed with salt... 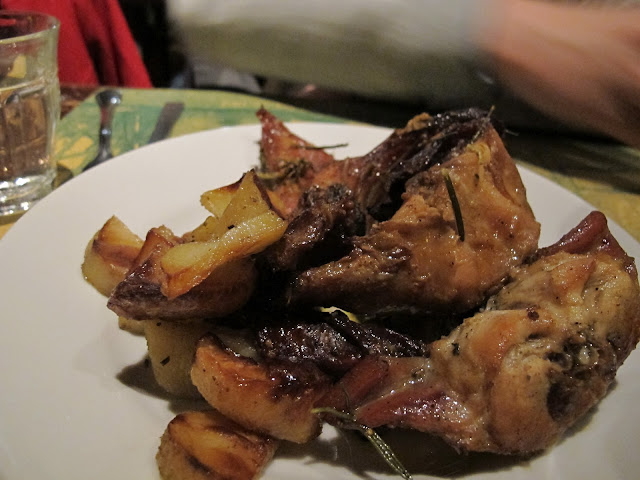 And this poor rabbit died by accident. The meat is totally parched and cardboard-like; it could have been a century-year-old chicken that had been cooked for years, found under the stove last week so they re-fired it just for me. It tasted even worse because it was, yet again, doused in salt.

I could go on forever, but to cut a simple story short - AVOID even if this was the last restaurant standing after Armageddon.

Luini Panzerotti
Behind the Duomo lies the bakery that attracted crowds, young and old, squatting on the streets, munching on panzerotti. 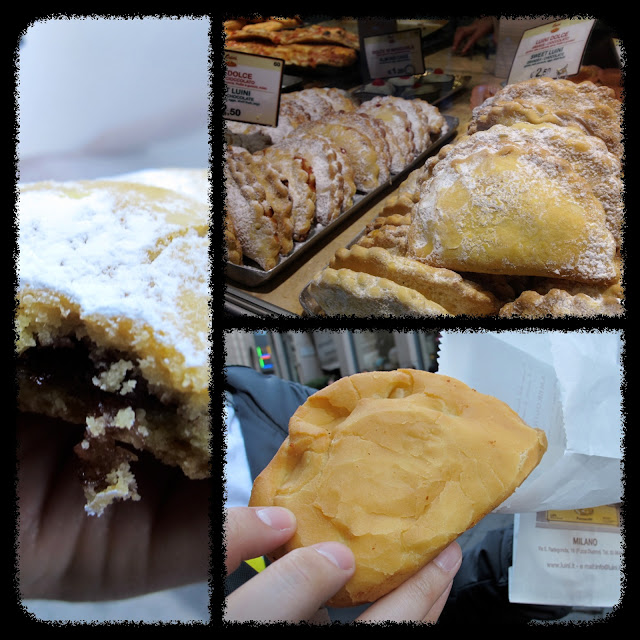 The deep-fried one was very much like a savoury doughnut in texture, stuffed with half-melted mozzarella and some regular ham. The first bite was a little meek in flavour and juice without the filling, but it got better. If I had it my way, I'd big this up with mushroom, tomato sauce and blow this into a calzone...

Cioccolata & Pere
Crumbly pastry with thin layers of choc and thin slices of pear. The absolute focus was just the buttery shell. 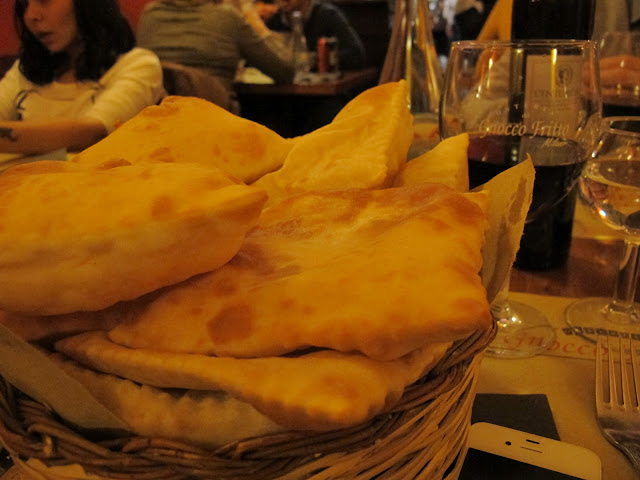 Most better eateries are clustered around the Grand Canal area. Gnoccho Fritto is one of them. They charge 4.50 Euros cover charge per head, in return we get unlimited access to these baskets of lightly fried, fluffy gnocchi. 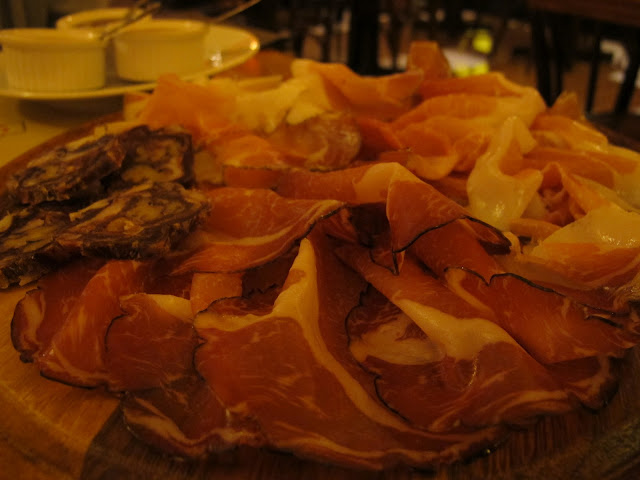 I loved it - these were brilliant with the cured meats and cheese platter. 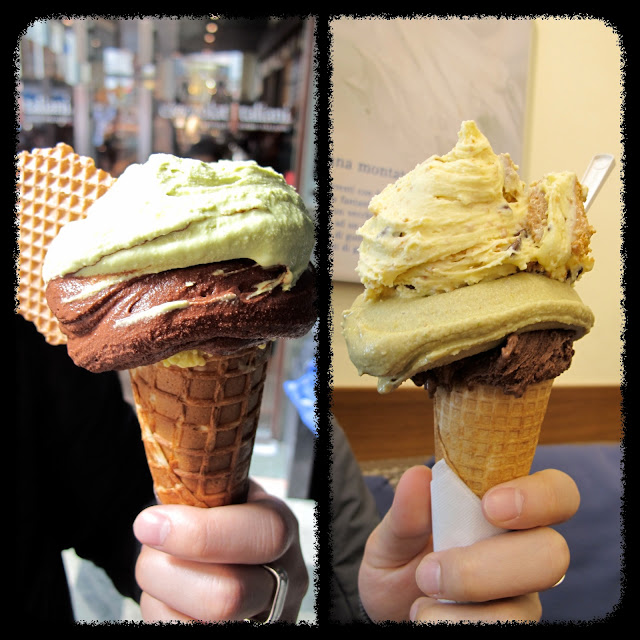 At Cioccolati (left) we got a ticket that says 003 and the board was still flashing 65 - Crema Bologna, Cioccolata Madagascar & Pistachio plus dark choc cream filling the cone.

Cream di GROM (right) had gorgeous bits of special biscuits with chocolate chips and its pistachio had more roasted fragrance.

These were better than any gelato in London, but I thought it was still a long way from what we had in Bologna. 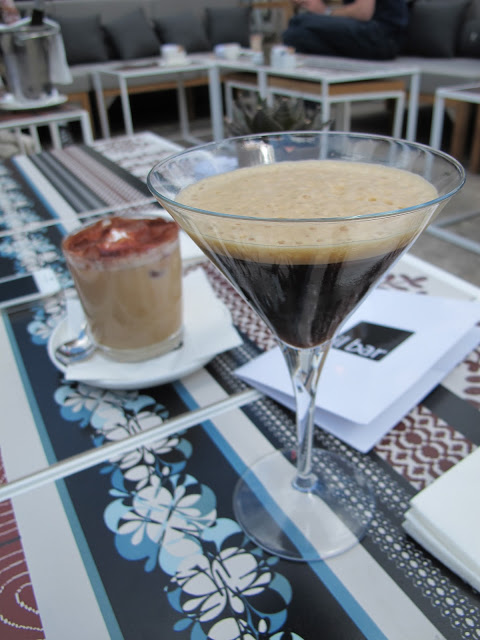 The top floor of La Rinascente hosts various bars and posh eats. We enjoyed a Shakerato (8 Euros) and iced cappuccino (6 Euros) with views overlooking the Duomo. Just for style.

We spent a day at Lake Como and wandered around Cernobbio, a little town on the lake. These wasn't much to offer except for tranquility and pretty little gardens. But it was here that we had a stunning creamy burrata with lots of vino sfuso hidden in the winding alleys... Then the hail storm hits the lake... 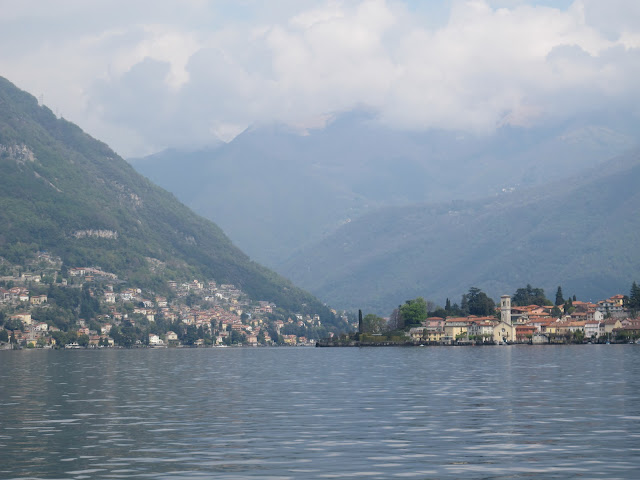