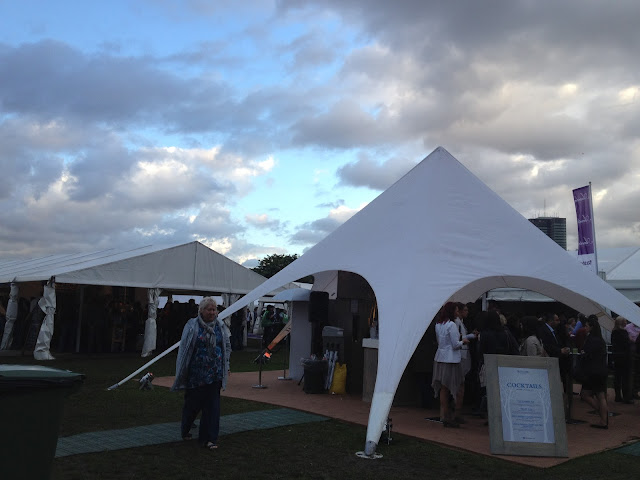 Taste of London gets the most famous chefs in London together to show off their culinary skills; the tapas-size dishes are sold at tapas prices, so hungry Londoners can sample more restaurants in one go.

I didn't go last year; the list of participating restaurants weren't appealing. This year, however, was much better with the addition of new restaurants that opened in 2011. With a plan in hand, I set out to find what's missing on my Eat List. 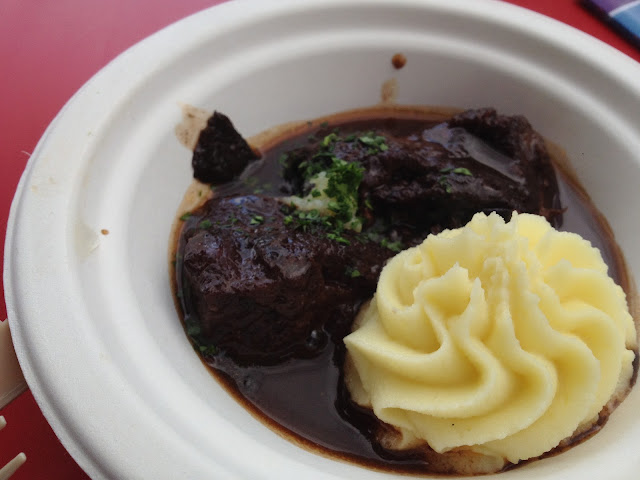 Braised ox cheeks were everywhere! I know, I know, braised meats are easy to manage in a limited kitchen, and these cheap cuts are ideal for food festivals. But it was a shame because Le Gavroche and Pollen Street Social were also serving braised ox cheeks and in the end it was Heston that won my crowns.

The Hinds Head was cheating though; strictly speaking it's in Bray, which isn't really a Taste of London... but if he wasn't going to bring Dinner by Heston out to Regents Park, then I guess we'd make do with the less fussed about gastropub.

It was a well-cooked dish; the cartilage wedged between the leaner shreds of meat was dissolving, and every bit of the cheeks soaked up the sauce. The oxtail sauce was beautifully rich in bovine flavours, slightly glutinous, with the faintest undertone of red wine. It was good, but not enough to prompt a booking. 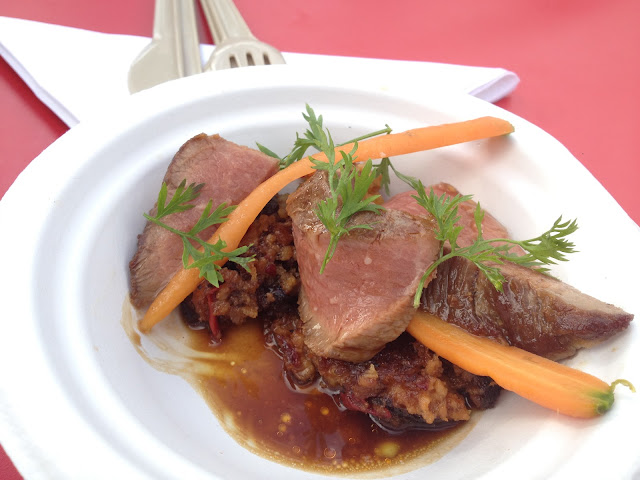 Nuno Mendes was juggling between explaining his version of Acorda de bacalhau (the cod porridge I had at Corner Room), taking photos with his fans and taking orders from a curious crowd. All with a modest smile.

I had to pull myself from the temptation of the cod porridge and went for his Icon dish instead. And damn this was so good it redefines the definition of good. The pork was cooked like steaks, just quickly seared on the outside to lock the juices in; the mini invisible sacs of pork juice packed between the tender muscles bursted with every chew, unlocking the distinctive aroma of Iberico pork. The flavours were bold and powerful.

The bread pudding wasn't overshadowed by the brilliant meat; softened by absorbing the shellfish bisque, but gently burnt for some crunch... I want need more! 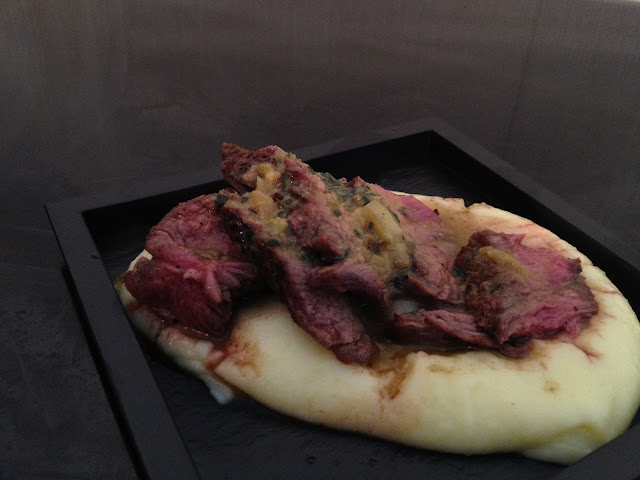 This was impossible to resist; the stall was sending out waves of gorgeous smelling smoke. Excuse the photo, the sirloin was actually sitting atop a bed of creamy mash, not pitta bread.

I don't like sirloin but I fell in love with this little dish. The ruby beef was oozing with concentrated steak essence, with a gentle kick from the slightly citrusy sauce. It was a super sexy piece of meat. Easily a tie with the Iberico pork from Corner Room. 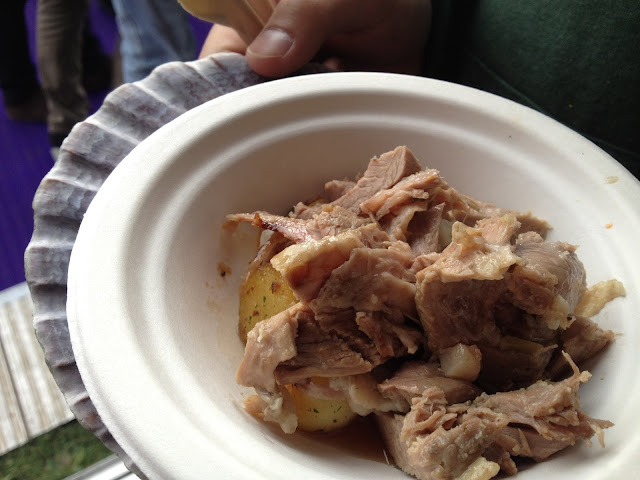 Then we came to the worst dish of the evening. It looks like the leftovers from a lamb stock, and it tasted exactly like it. Story was the Icon dish from Launceston Place takes 8 minutes to prepare, and so we fell into this trap.

Nothing much to add really; bland, tasteless, bland, bland tasteless... 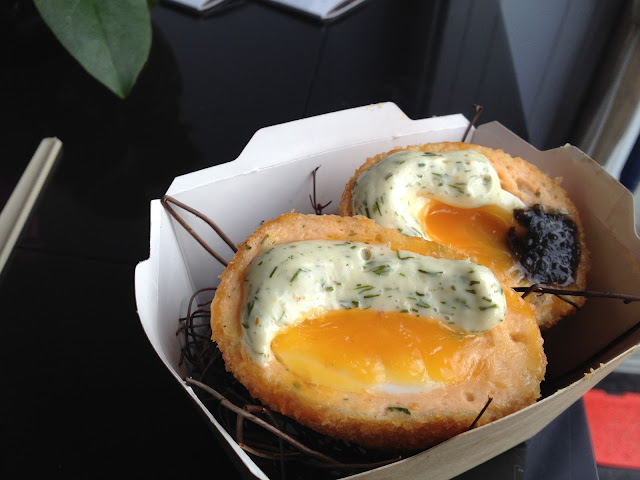 Given how much I enjoyed my lunch at Launceston Place, I held high hopes for this, which was why I splashed a whole stack of 20 crowns (£10) on this scotch egg.

I could see the skills in this dish, and a runny yolk always gets me excited. That said I wasn't bowled over by it. The salmon was bouncy but dense; it resembled the deep-fried prawn cakes in Thai restaurants. It didn't taste like salmon, and any hint of the fish was killed by the lemon juice in the dill & creme fraiche. The lump of caviar went down unnoticed too. Should have spent the crowns on something else...

There were a lot more dishes I wanted to try: Gauthier's crunchy rocher of foie gras with port reduction and toasted nuts; Club Gascon's baby squid with golden tapioca and bisque; Opera Tavern's Iberico pork and foie gras burger with truffle pecorino... but I could only eat so much, and the ingredients were getting repetitive.