Forget the Burger. Just the Lobster. 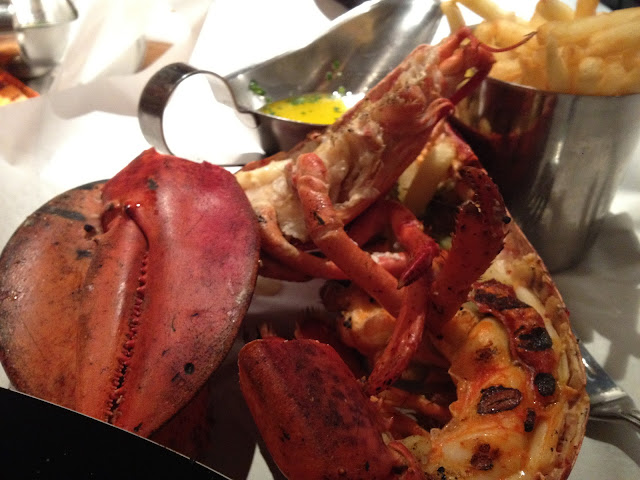 Even though lobster ranks pretty high on my seafood list, I have been skeptical about Burger & Lobster. Don't get too offended, I just didn't think the British knows what to do with a lobster. Big Easy (it's technically American, I know) was so bad I felt guilty for such a worthless death of a lobster. But Ana T wanted me to check it out - I was on it.

It was an hour's wait wandering on the streets of nothingness, waiting for their callback, plus another 25mins at the bar waiting for my table. Three options: £20 for a lobster, a lobster roll or a burger, all served with fries and salad, almost fast food-like. Despite its simplicity, the decor was rather plush, you wouldn't expect less around the Green Park area. 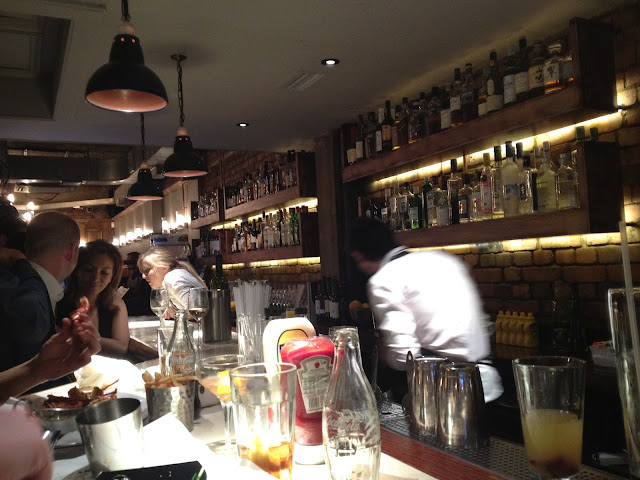 I went in thinking I'd getting the lobster roll. You must have heard about it too, the toasted airy brioche stuffed silly with muscular lobster meat, moistened gently with mayo, topped with a hunky claw with clear butter on the side... Just downright irresistible, right? So I started fantasising the legendary lobster roll as I sipped on my aperitif at the bar... Then I saw it. And there was no way I'd go for it!

The roll was palm-size. My palm size. Cut into 4 mouthfuls. Yes maybe they almost crammed an entire lobster into the bun, but I could probably down it in 3 bites. Even with my duchess-style dining etiquette on display, taking smallest possible bites one could imagine, it'd be gone in 5 mins. Can you imagine how much of a torture the rest of the meal would be, watching James whip out chunks after chunks of lobster meat from one claw after the other? 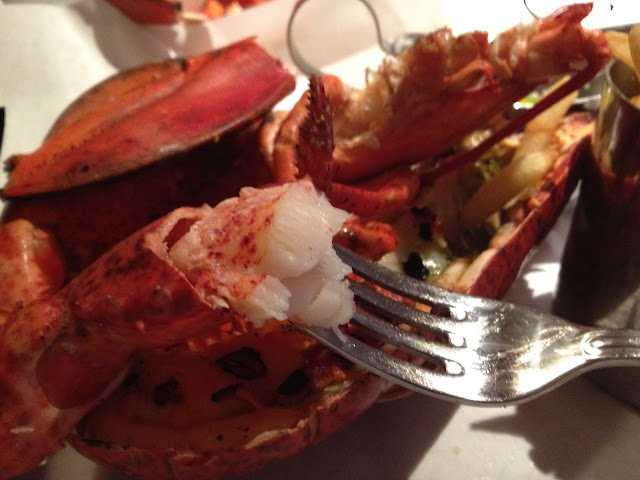 So we both went one whole lobster each, steamed and finished with gentle grilling. Great choice. We were instantly hit by the scent of seafood; I could smell freshness.

The sheer excitement of forking this muscular, succulent, bouncy hunk of meat from the fat lobster biceps. Speechless. We knew it was fresh because a) the biggest lobster 3-tier tank in the UK is in the basement holding f-loads of live Canadian lobsters; b) the meat doesn't shred or mush. Full marks on texture.

And it tasted beautifully fresh, oozing with sweetness. And if the subtle flavours of lobster doesn't do it for you, then the garlicky herby clear butter on the side would do the job. It was perfect. 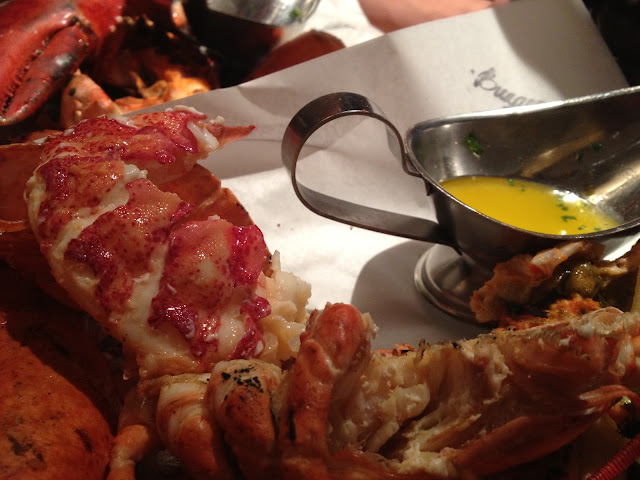 The satisfaction of devouring an entire lobster by myself was overwhelming. James paid £16 for an eggs royale lunch at the Med Kitchen the other day, er, why not throw in a couple more quid for a whole freaking lobster?! Stunning value. Oh yes, they serve burgers too - nowhere near the top league players apparently. I guess I'll NEVER find out.

There are more extravagant options, like lobsters around 7kg going for £90 each. I saw the waiter brought out one and it was an alien. Not sure if it was a good idea considering how tricky it'd be to cook to perfection.

B&L is so clever, and so simply brilliant. Totally worth the wait.
They are opening another one in Soho in July; heard they plan to take bookings too... Watch this space.