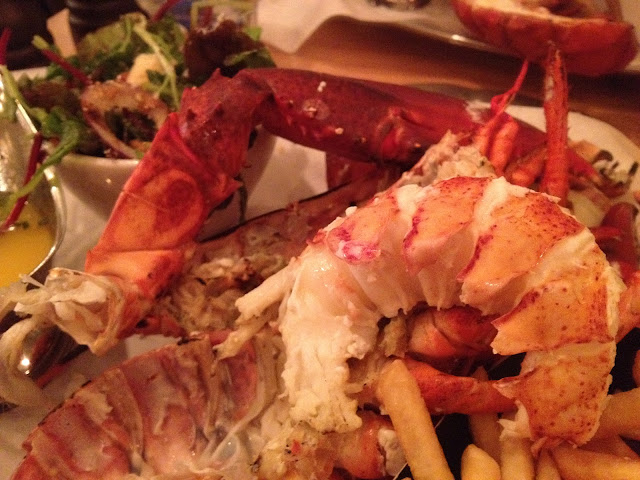 No I haven't forgotten I have already posted about B&L a few weeks ago. Burger & Lobster opened its doors at Soho on Dean Street. For those who hated the queue at the Mayfair restaurant, the new one is better. Well, slightly - It's at least 50% bigger and they take bookings for parties of six or more.


We went for the steamed whole lobster with grilled finished, lemon & garlic butter again. And I'm so pleased to say it was as perfectly done as our first visit; sweet, juicy chunky lobster muscle. So much pleasure. 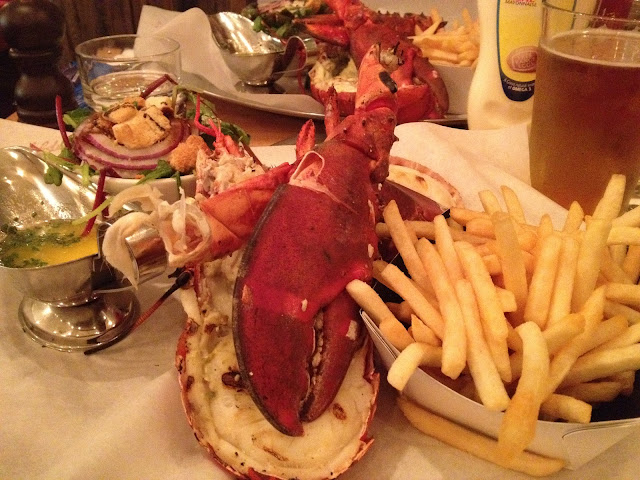 As we were about to get the bill, we were joined by Michael West, the general manager of Pollen Street Social, and he was on a natural high. After a couple glasses of wine, he offered us half of his lobster roll, the roll that I couldn't bring myself to order because I thought it was too small. Michael probably feels the same, which is why he told us it was actually his starter. And dammit the famed lobster brioche roll was everything people make out of it, and better. The gently crisp from the toasted brioche, along with the fragrant buttery breath, followed by moistened lobster meat, exuding with sweet juices. Unbelievable. If there could ever be an exquisite sandwich, this defines it.

And Michael also treated us to half of his main course: the burger. The burger that costs as much as a whole grilled lobster. It arrived glittering with black and white sesame on the bun. The patty was thick and emanating beefy essence, meat juices locked in and the greasy aroma lingered long after the tender patty. It was one very good burger. Would I pay £20 for it? Probably not. Would I choose it over lobster? Hell no. 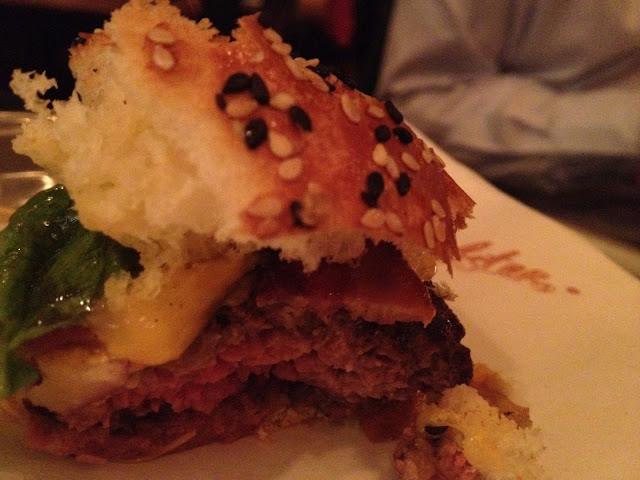 We munched on Michael's second portion of fries, opened the second bottle of wine...

You may also like: Pitt Cue Co., Polpo, MEATmarket