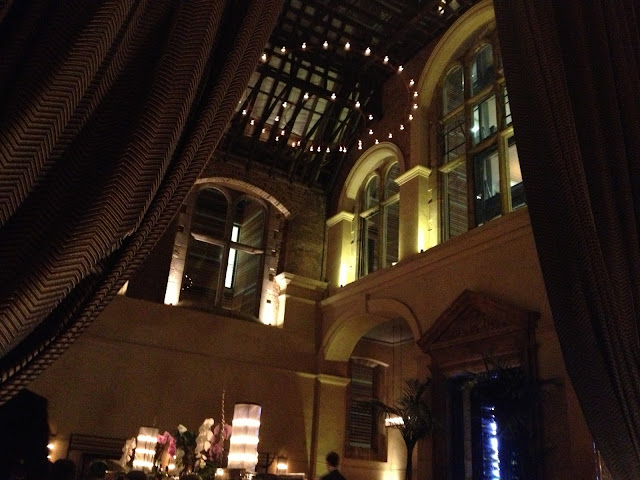 It's my brother's birthday and he deserves somewhere classy. Afterall he is all high-end fashion nowadays, I wouldn't like to look to shabby next to him. Original choice was Duck & Waffle to wow him with the view, but decided against it as the menu wouldn't have changed much since my last visit. La Chapelle then came to mind.

Bristro de Luxe was great, Windows at Hilton was good, though I felt too much like a tourist, and I'd imagine La Chapelle has the right balance; proud French with a dose of London, but not ostentatiously attractive to our visitors. The discrete entrance gave none of the glamour on the inside away; the conversion was evident with the dome high ceiling and candle chandeliers, darkly lit but oozing with grandeur. We settled with a couple of glasses of wine as we munched on olives. 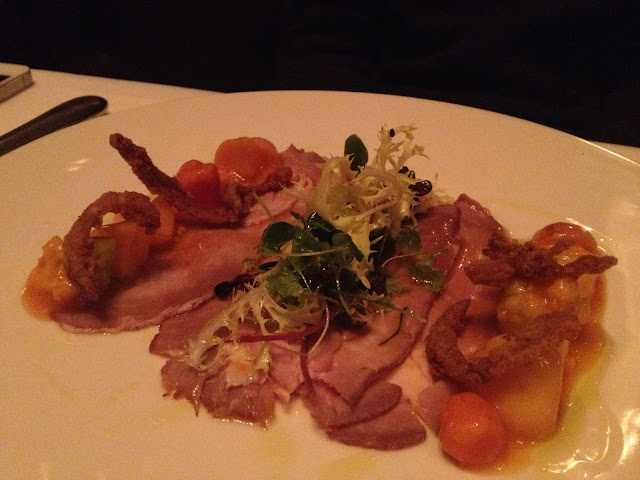 The simple starter was nice enough. The ham slices were beautifully smoky with a melt-on-tongue tenderness.  The crispy pig's ears added some thrill to the mix, and possibly the best pig's ears I have had too; they were deep-fried to the point of disintegration. I wasn't so sure about the piccalilli though, thought it tipped the sourness over and ruined the delicate flavours of the other ingredients. 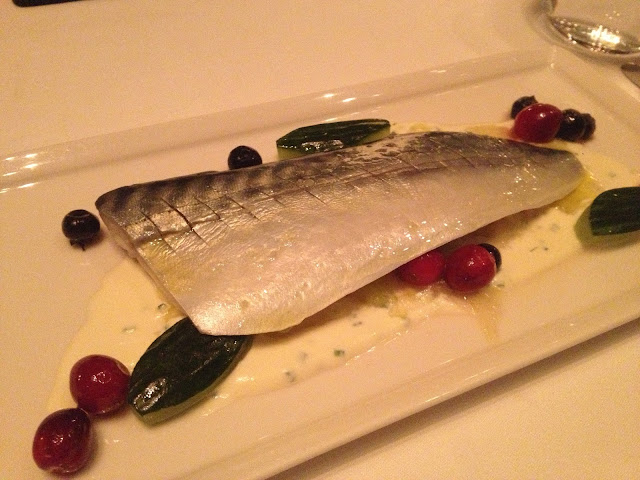 The fish filet was so shiny I was it was raw. And it probably was. The mackerel was not dissimilar to the Japanese marinated saba, silky soft flesh gently pickled and a generous cut of the oil-packed belly. The sweetness of blueberries reined in the acidity, and pairing berries with this seemingly familiar flavour was refreshing and appetising. 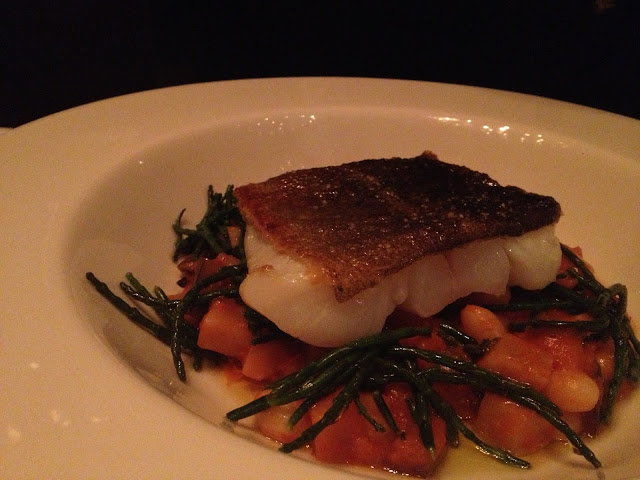 The meal stepped into the next gear with the cod. The cod fillet was glowing when it arrived at the table, flesh was translucent and the fish was barely held together by the ultra crispy skin. The cod flakes were firm but slithery, soft but not mushy, it was the perfect fish. Simply stunning. 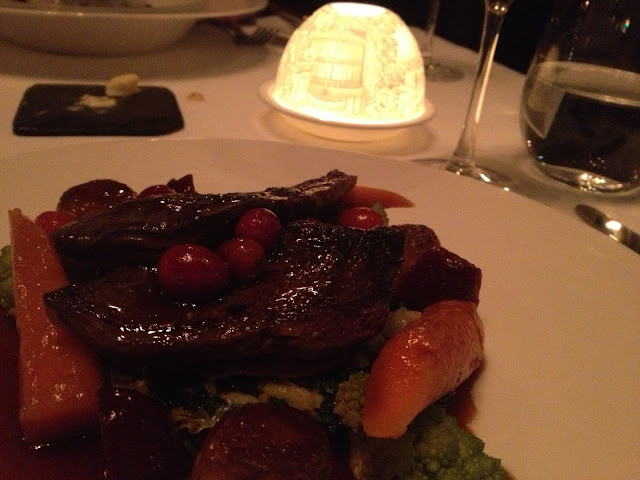 Ah a warm deep-autumn gamey dish, just what I needed on a chilly evening. Beautifully red in the centre, powerful muscles with bloody, metallic flavours, most satisfying combinations with sweet beets, creamed cabbage and roasted potatoes. The jus had a sticky, honey glaze to it, which added a sweet tone to the strong ensemble. 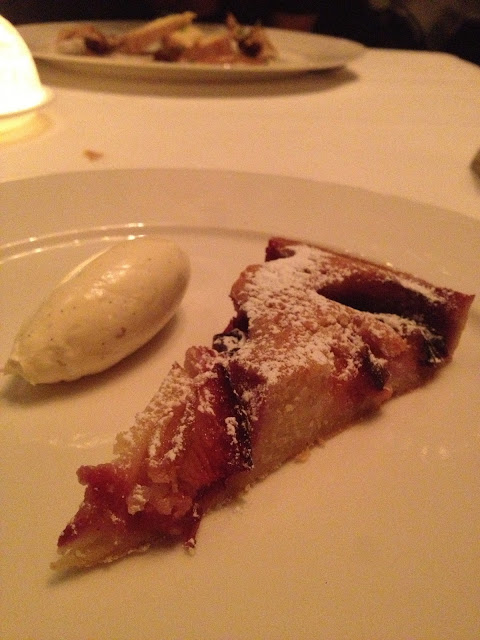 Brother's warm plum tart had a rich buttery crust with a smooth centre. Neither of us are fans of plum desserts, but we agreed good restaurants and pastry chefs have the power of making things we don't usually like taste good. This was one of the them. 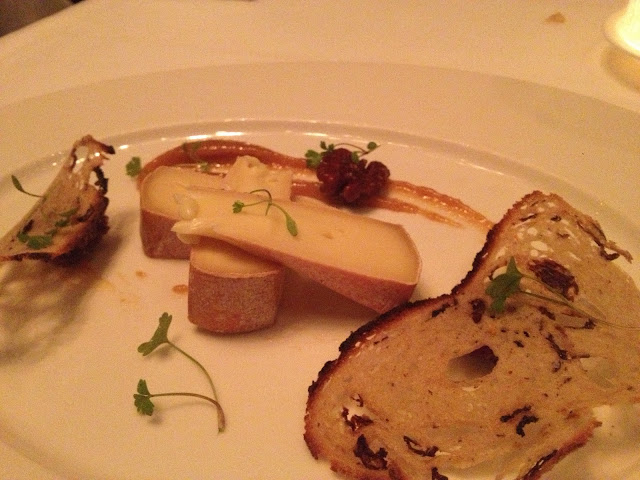 The presentation of this common cheese made this more interesting; mild, chewy and nutty near the edges. Perfect finish.

La Chapelle is really quite impressive. The crowd was mainly the suited and booted business bunch, and perhaps a few romantic pairs who had been anticipating the date throughout the day, but we were comfortable enough as there was a constant buzz around us. Food was classic recipes with impeccable execution, no audacious moves, just keeping the quintessential current and glowing with finesse.