Nagomi - Too little Too late 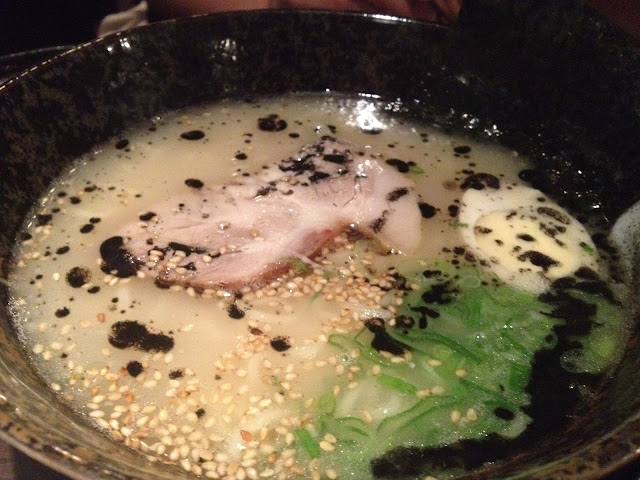 Nagomi is not my natural choice, because I sincerely think I have my Japanese joints lined up and sorted - Tetsu or Shiori on pay-days other days Atari-ya would do. This Japanese resto near Oxford Street was actually a choice out of considerate location-oriented choice as I was lugging it from Reading.

The tiny restaurant was simplistic and quite cosy; minimal decor except for one set of garland lights awkwardly attached to the wall with a bundle of tangled cables under the table. We were seated bang in the middle of the dining room, almost touching elbows with our neighbours despite the number of empty tables around us. Menu was diverse with the usual Japanese fare, we (I) went for a bit of everything. 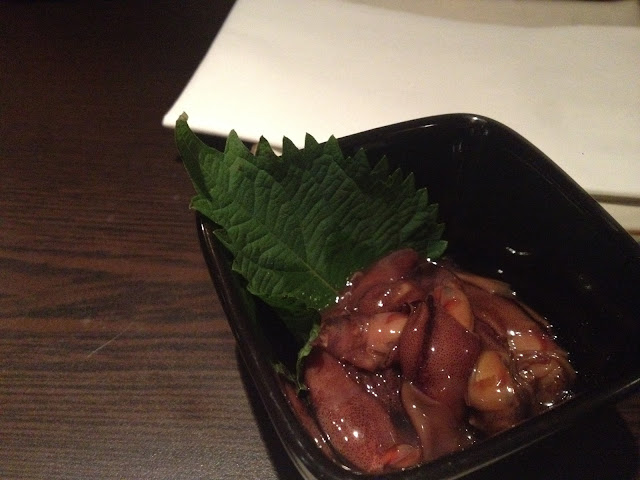 I was so excited to see this on the menu. I am a massive fan of this unique appetiser, the slimy bouncy slithery squid marinated in strong, pungent alcohol and a bit of squid ink. Balls of flavours, absolutely gorgeous. 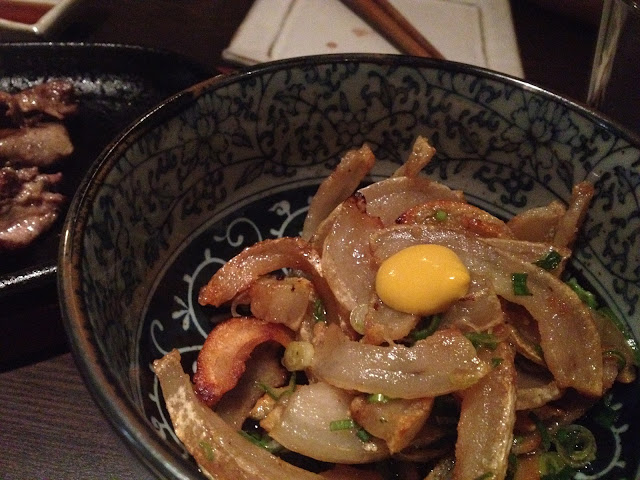 The rest of the meal were rather uninteresting. This grilled skin was probably the worst offender. I was hoping for a thin crispy shell encasing squidgy semi-liquid mouthful of piggy grease... But no, just metal-hard, plastic-like deep-fried inedible strips. The dressing was barely noticeable and nothing could be done to soften the skin. It was poorly executed. 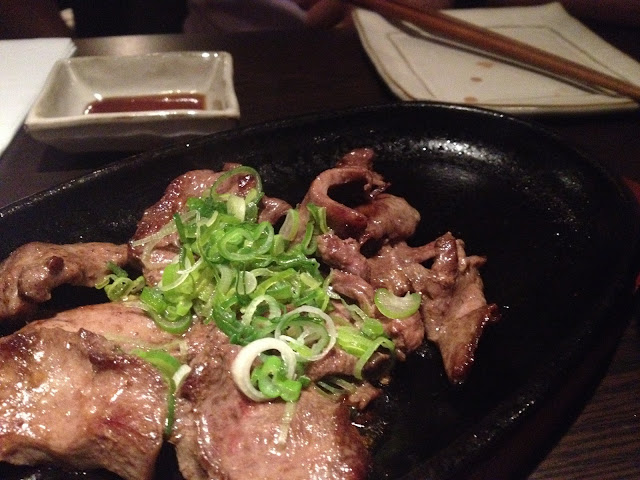 Though served on a sizzler, these slices were limp and lifeless by the time they arrived. I prefer them on skewers, gently charred on the edges with a hint of smokiness from the coal grill, sprinkled with sea salt and perhaps a squeeze of lemon juice. The paleness of these ox tongue slices suggest the grill wasn't hot enough, and so sweated all the juice and flavours out of the muscles. 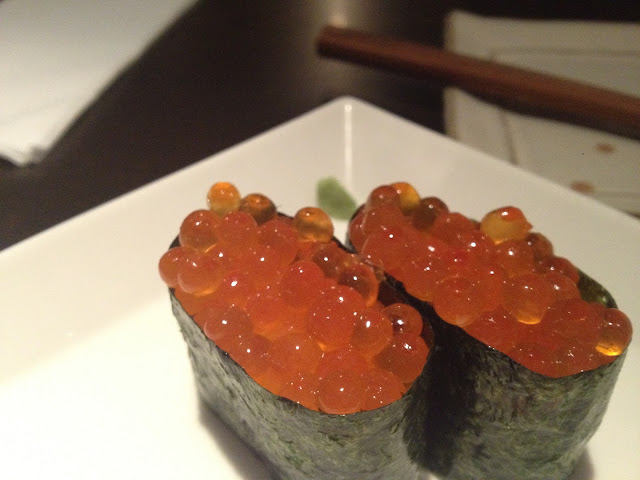 Not bad. Seaweed was impressively crisp, ikura was clean and sweet but the sushi rice was leaning on the loose side. 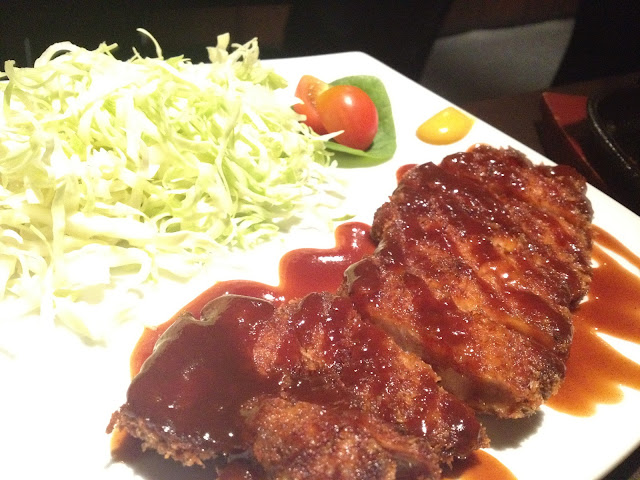 I hadn't had deep-fried pork cutlet for ages; with an egg topping, it used to be my favourite Jap dish when I was at uni. Tonkatsu was never my favourite though, I'd rather have teriyaki if my katsu-don is sold out. I think it's the odd prickly aftertaste in the sauce that I don't like, and it's all rather dry. As you can see, the pork chop wasn't thick enough, definitely to lean to ooze glistening juices. Atari-ya at Hendon does it much better.

When I was researching for a good bowl of ramen a couple of months back, this came up as a contender. And I have to admit, it looked pretty damn good. Thick, milky soup with golden sesame and black sesame oil drizzle, topped with a thick cut of pork belly. Oddly enough the soup was flimsy, and the pork bone essence wasn't very pronounced. Nothing like the gelatinous soup at Tonkotsu.

Needless to say I didn't think much of this meal. Perhaps 10 years ago, when Londoners were generally less particular about Japanese food, Nagomi would have been fine. But as more restaurants specialise in yakitori, sushi & sashimi and ramen & soba bars, these half-hearted generic restaurants simply don't cut it anymore. They either had to go high-end and serve black cod or go homemade with faultless heart-warming dishes. Nagomi is floating mid-way with Central London prices and mediocre cooking.