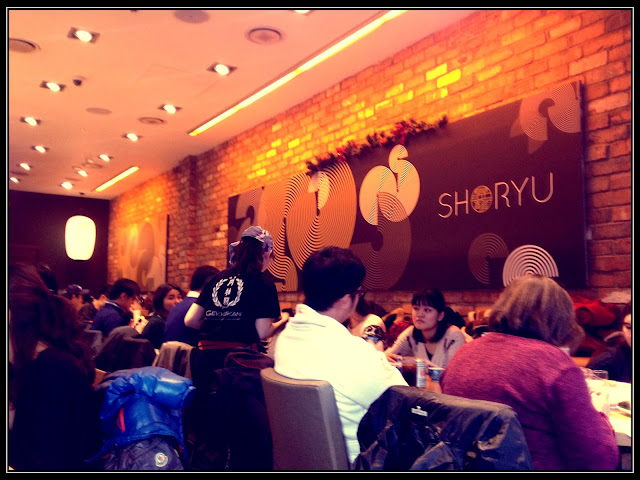 Thank god I came to Shoryu. The message is clear: Look no further - I found the best ramen in London.

Nested on the quieter end of Regent Street among many other Japanese eateries and JapCen, Shoryu was flooded with Japanese families on this saturday. I take the crowd of 'local foreigners' a good sign of authenticity. Its popularity also means a small queue and sharing tables during busy hours, and that is hardly uncommon for a ramen bar. 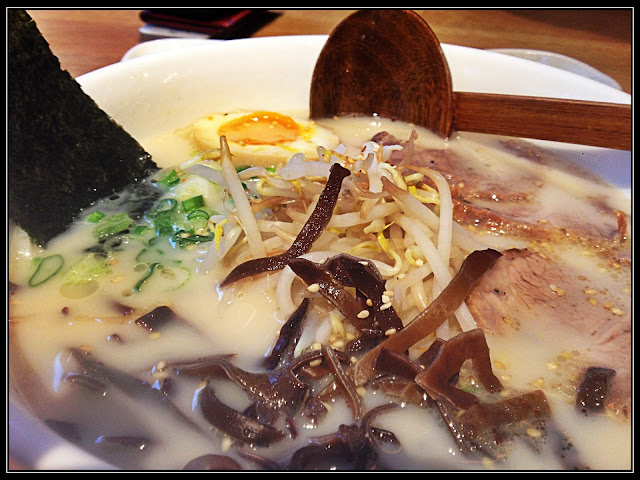 I opted for the signatory tonkotsu, specially created by the Kyushu-born and raised chef. The bowl of ramen was almost double the size of one at Bone Daddies, steaming hot too with plenty of broth. And the meaty fragrance got my mouth watering.

This was easily the best tonkotsu; soup was creamy but not cloggy, velvety smooth and oozing with pork bone richness, bursting with flavours. The essence of broth lingered long after the noodles and it was simply delicious. The noodles were equally well-made, thin enough to hold soup but carried some chew for that perfect mouthfeel.

One whole seasoned gooey-yolk egg with two slices of pork, which thankfully were not just lumps of lard, but substantial slices of tender muscles. If I had to pick out one thing I didn't like, perhaps there were a tad too much beansprouts? Does that even qualify as a negative? 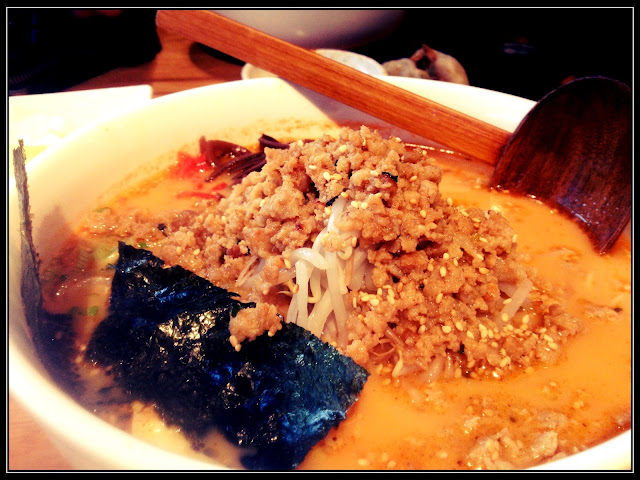 This was a spicy tonkotsu, and boy it was freaking hot as the soup was infused with the infamous chiu chow chilli oil. The heat somewhat toned down the powerful flavours of the creamy soup, but I guess the spices lifted the richness too. For me, it was too much; I ended up drinking too much water and hence had a stomach full of liquids.

I prefer slices of roast pork more than mince too; the mince tends to disappear into the soup! That said the pile of pork mince was generous, especially compared to Koya, and deliciously sweetened by miso paste. 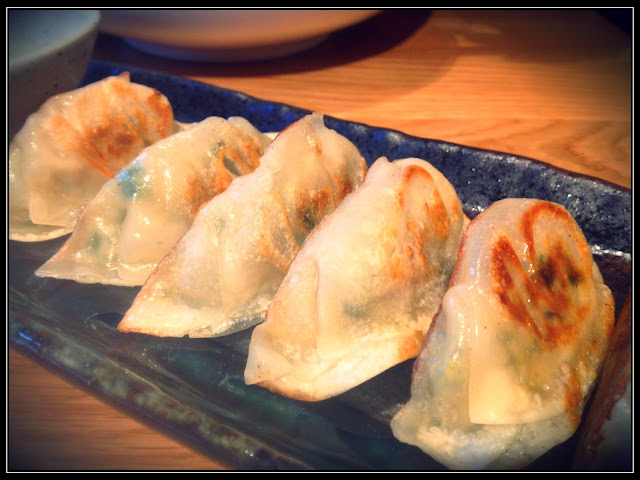 I wanted soft shell crab tatsuta age, but it was a "coming soon" item. These were alright, much better than the pathetic flimsy 5-in-1 gyoza at Tonkotsu, but I prefer the Chinese ones with more stuffing of meat and veg plus a crispy shell at the bottom. These were still meagre by my standards.

Put all the tonkotsu ramen I have had in the past 3 months in London, Shoryu came top, hands down. The soup base had the texture and flavours of pork bone broth that had been cooking for hours, there was enough boiling hot soup in the bowl, the noodles were perfectly cooked, toppings were in the right ratio. What I had may not have the "trendy-factor", like cock scratchings, but the variations from the Hakata tonkotsu is extensive on the menu, I'll find out how the wasabi tonkotsu goes on my next visit!

You may also like: Tonkotsu, Bone Daddies, Nagomi
at 03:24