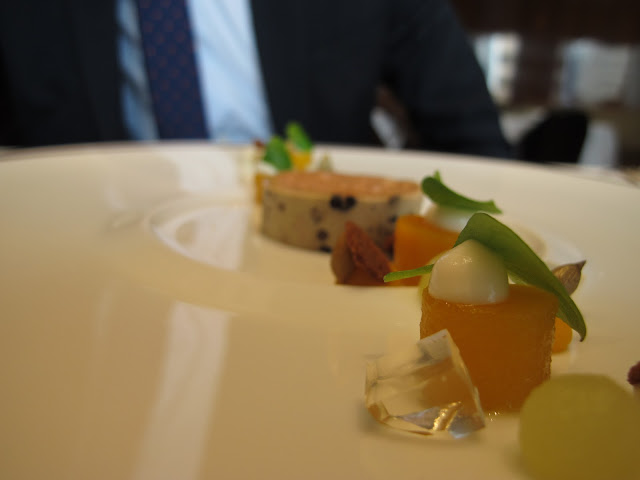 Mister spoilt me in every way during this brief trip. A leisurely lunch at the 2-Michelin star Amber was just one of the many treats he prepared. I smirked when he was greeted as Doctor Leung as we came out of the elevator. Strangely I was glowing with pride inside. 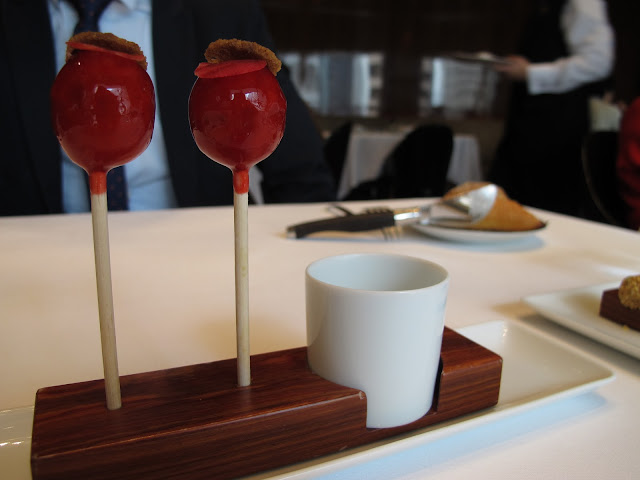 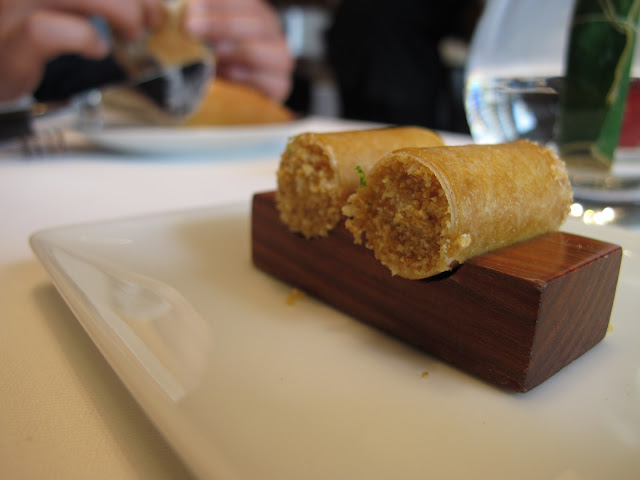 The roll was particularly good, creamed crab meat infused with lime and lemongrass to a thick cream-like texture, wrapped in a crispy wafer. 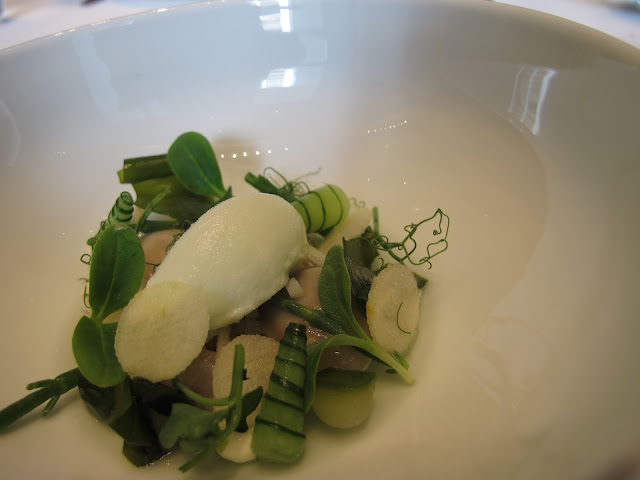 This could have been a winning combination. The crisp cleanness of the cucumber and refreshing sweetness of green apple should almost always work with oysters. Unfortunately there was too much crunchiness in the accompaniments it drowned the oysters. Or the oysters weren’t strong enough in flavour. I felt this dish tipped off balance with over-complexity. 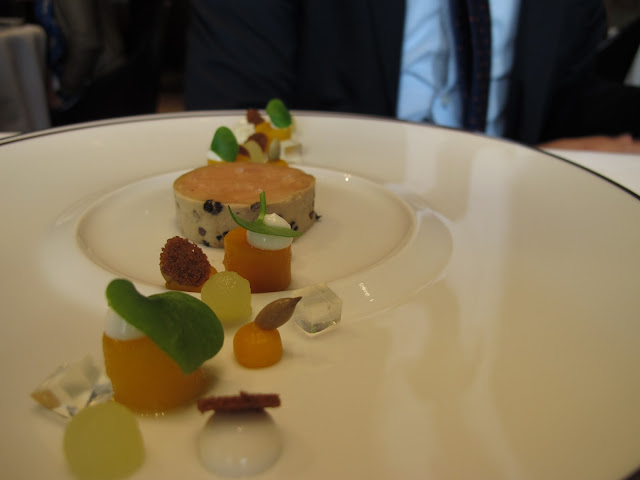 The liver terrine was smooth and less heavy with the pepper kick, went well with the warm toasted airy brioche served on the side. It was nice, but not remarkable. 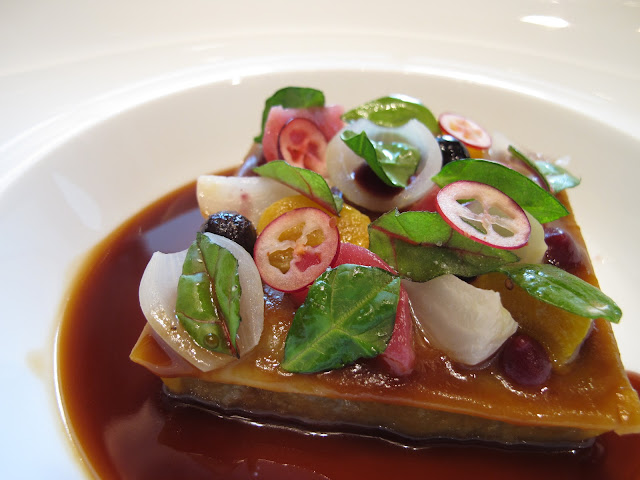 Mister wasn’t too sure about this giant raviolo stuffed with shredded venison so I offered to swap. I thought it was okay, the meat carried powerful gamey tang that was carefully balanced by the various succulent cubes on the top. I must admit it was lacking in finesse and flavours were one-dimensional. 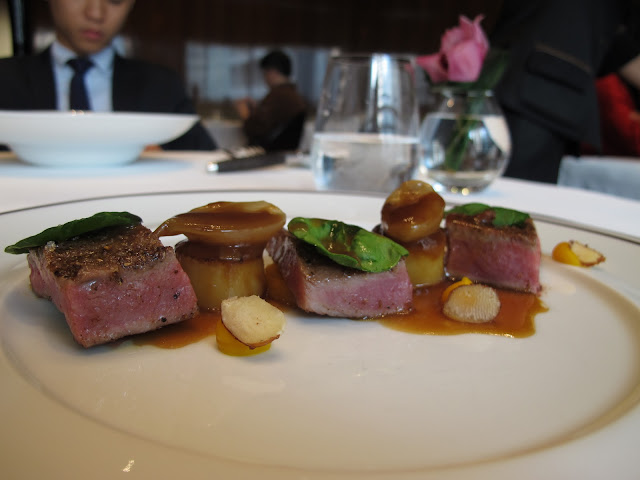 It was easy to see why the Maitre’d whole heartedly recommended this; tender blocks of Iberian pork with evenly distributed fat cooked beautifully to medium rare. There was a touch of fusion with the Chinese spices on the pork, and it drew out the nuttiness of the meat. This brought me back to the happy days when we had a similar dish by Nuno Mendes in Taste of London, except this was even better. 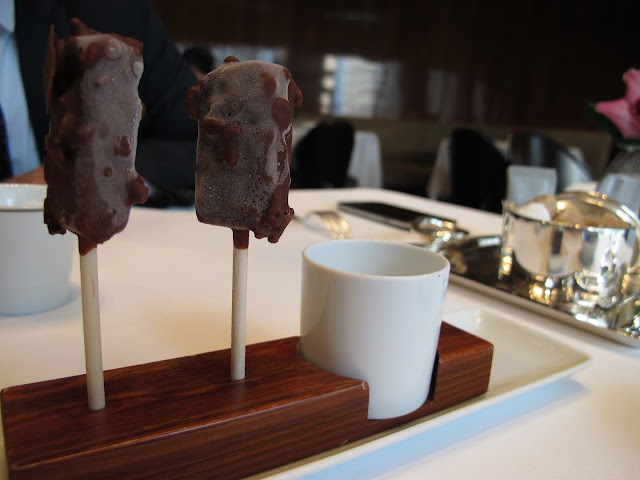 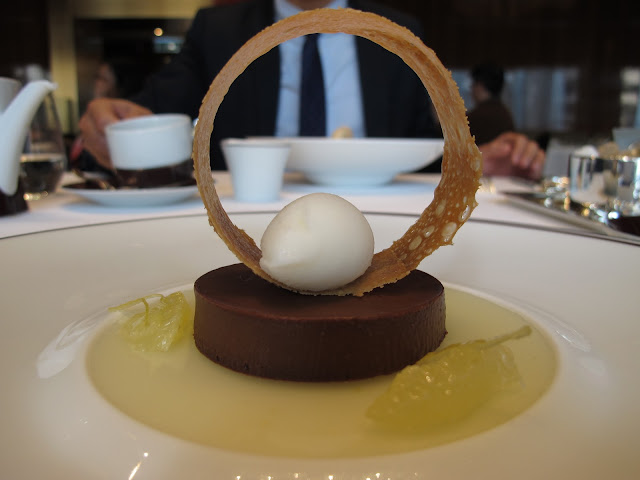 Note to self: never have lemon jelly related desserts, ever. During one of my visits to Sketch in London, I was served a lemon gelatin something. I left it almost untouched because it was face-wincingly sour. This was too. No way this could have been milk sorbet, it was lime. The chocolate delice was fine, dense and indulgent, but trust me, nowhere rich enough to call in a lemon to lift the weight. 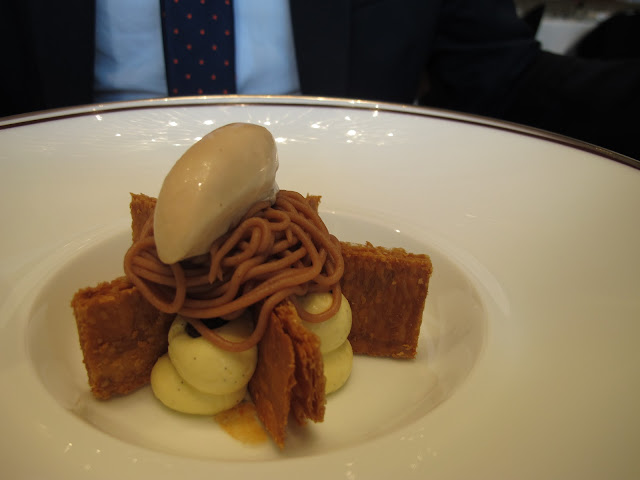 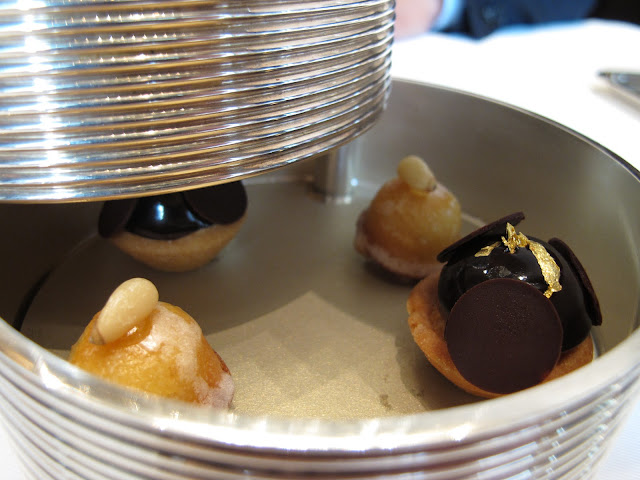 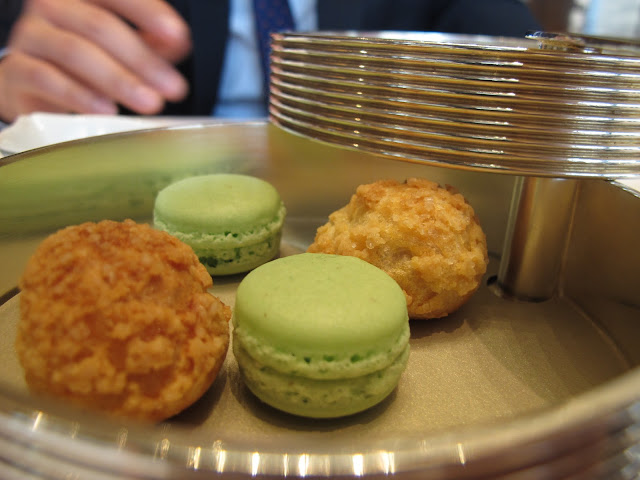 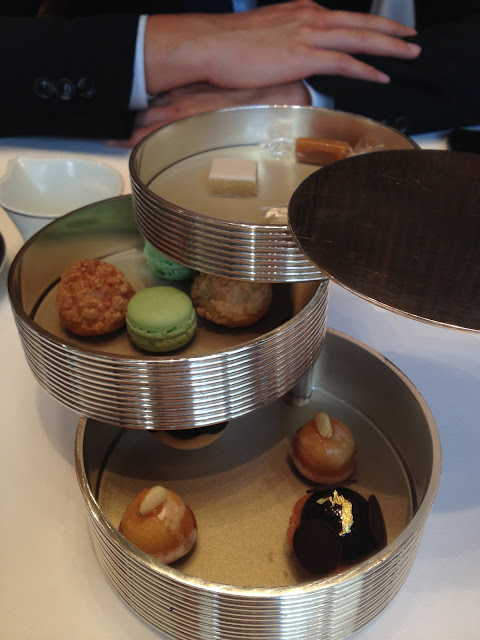 Presentation was great; 3 tiers of miniature goodies. I was served coffee before my dessert, leaving the petit fours a bit too heavy on their own at the end. Had I been offered the choice, I would have preferred having my macchiato with the small sweet treats.

Service was generally excellent, except for one server who quite frankly, tainted the meal to an extent.  It’s her pace; the hurried shuffles, rushed introductions to the dishes and snatching our plates the second after I placed the cutlery on my finished plate. When setting our new cutlery, she rattled the silverware in the box, started with my fork, then Mister’s set and then finishing with my knife and crossed over to place another spoon, looking everywhere except for the table that she was working on. I mean you don’t have to smile but it’d be nice if you didn’t look so angry. 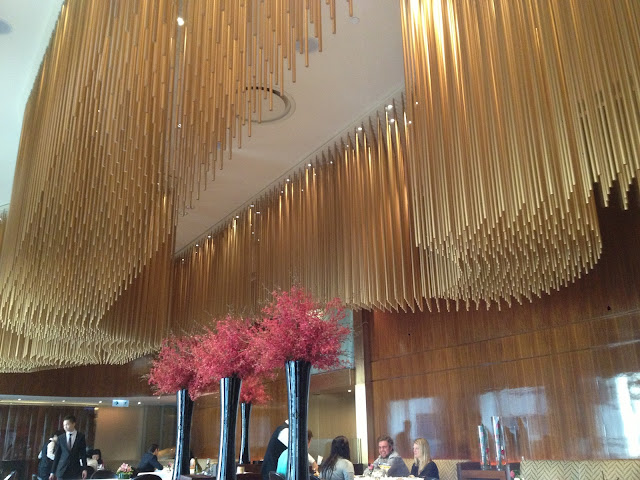 Overall the meal was pleasant. Though I would say it didn’t hit all the spots for me, yet nothing was outlandishly bad. I think Amber delivered a Michelin lunch, perhaps not necessarily a 2-star one. Given the choice, I’d probably opt for L’Atelier de Joel Robuchon. That said I enjoyed it and I am very glad I tried it.

Just a note to friends less familiar with Central: There is a Mandarin Oriental and a Mandarin Oriental Landmark. These are two different buildings, though in proximity. The former houses the Mandarin Grill and Pierre while the latter nests Amber and the Joel Roubuchon selection.

You may also like: Mandarin Grill + Bar, L'Atelier de Joel Robuchon, Iggy's
at 14:13