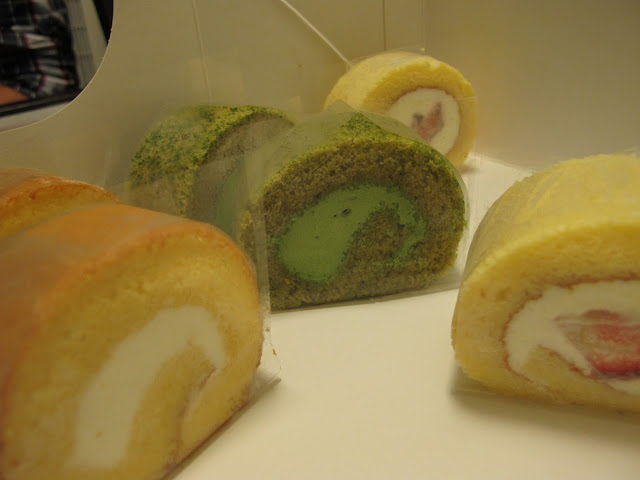 Owned by a Japanese tea specialist, Sato-san, Hiroshi offers both Japanese cakes and noodles, with a bit of French sweets on the side. The shop / café was an instant hit in HK. Their forte is green tea; Hiroshi uses prestigious “first tea” (the youngest tea leaves of the season) for a selection of their desserts. Mister bought me their matcha chiffon cake when he picked me up at the airport; and various swiss rolls for dessert. 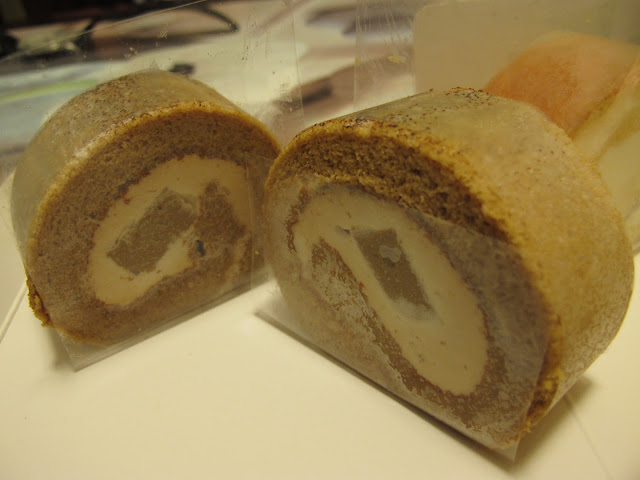 The sponges were soft, airy and moist, not too sweet, but deliciously eggy. Green tea was particularly well done, leaving a delicate fragrance trailing as an aftertaste; coffee had a smoky, roasted aroma. That said swiss rolls are not my first choice of cakes, but these are worth trying. 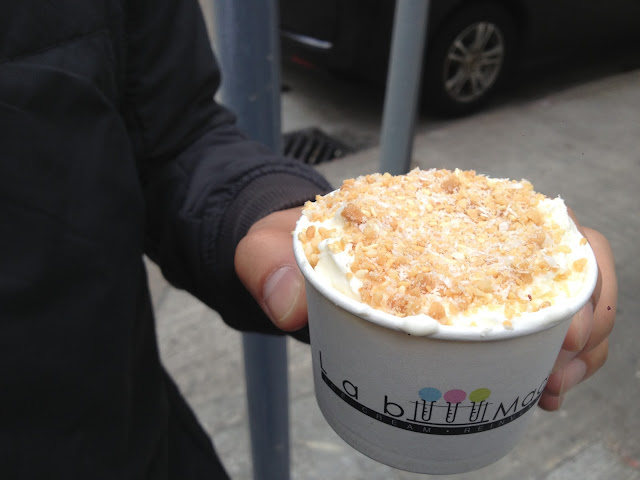 I thought it was extremely disappointing. Unlike Chin Chin, there were 4 staff crowded in a workstation, routinely dumping masses of liquid nitro into a mixing bowl and mass produced each flavour. All looking extremely fed up and not wearing goggles!

The result is that the ice cream doesn’t have the smooth, soft gelato texture, as the masses of nitro froze the mixture without getting enough air in. Flavours were pure gimmicks – mine was pathetic; boring box-standard vanilla with chopped peanuts and coconut shreds sprinkled on top. It tasted like a coconut cornetto, for £3.50 too! 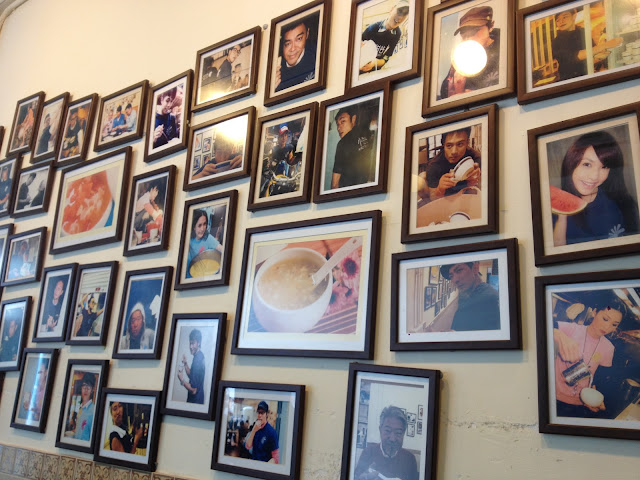 Just opposite the unsatisfactory Lab Made, is the dessert shop that triggered much talk of town a few years back, partly because it was opened by a celeb and hence for a lot of support from bigger celebrities; partly for their ultra rich steamed milk pudding with Japanese Hokkaido milk. 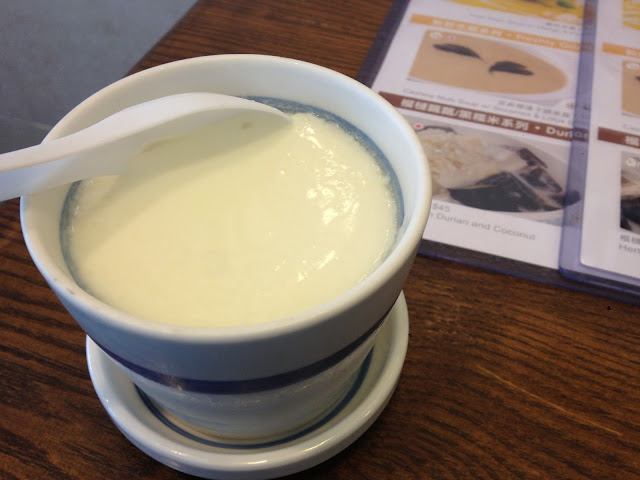 Holly Brown
This coffee shop has opened up 5 branches in less than 2 years, serving good coffees and ice cream. 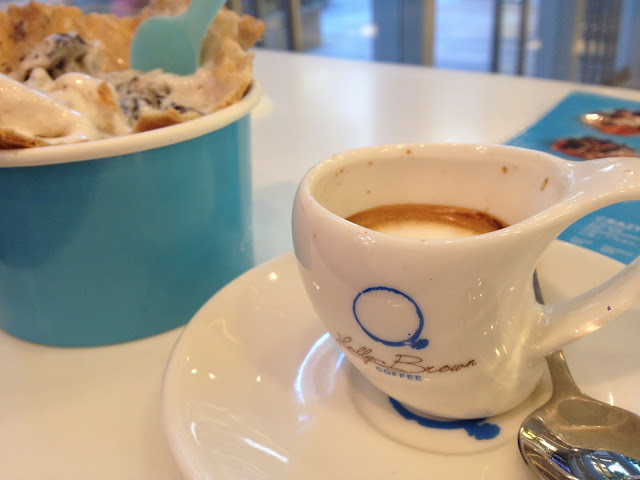 The ice cream toppings and combinations are mixed on a cold metal board. I had 'Rock On! Vanilla' - Mediocre stuff if I’m honest. 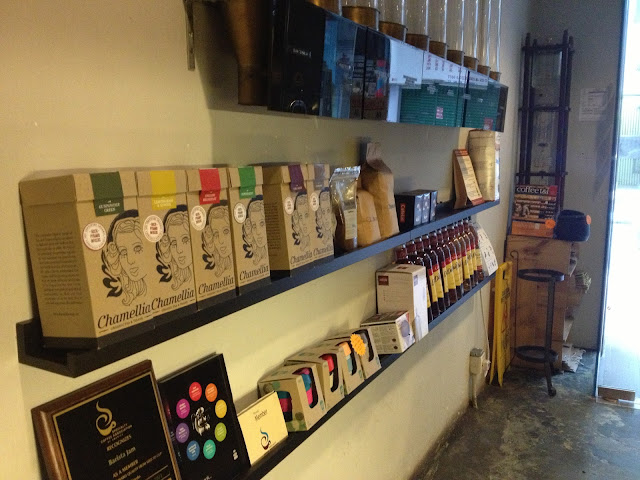 Coffee culture has grown in HK too. A small population of coffee geeks have settled in and they blend and roast their own coffee. 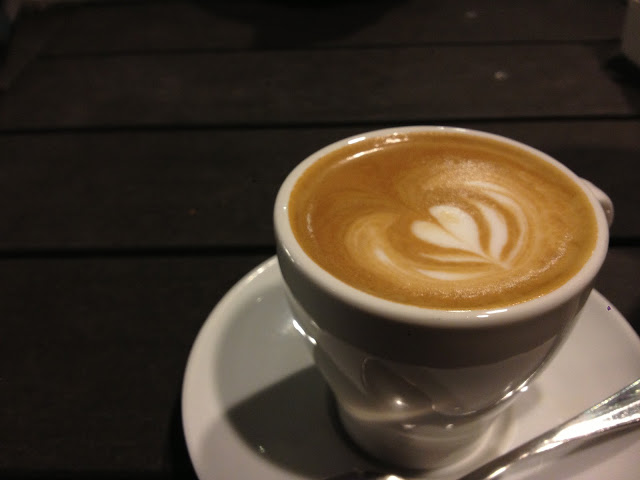 I love this hidden gem in the older part near Central. 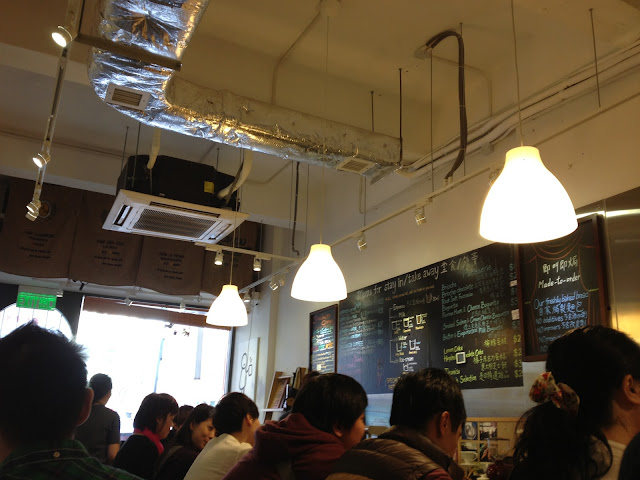 This place was serious about their coffee; Mister said on a quieter day, the baristas would happily chat about their specialty beans and offer you to taste various methods. It reminded me of a mini Prufrock. 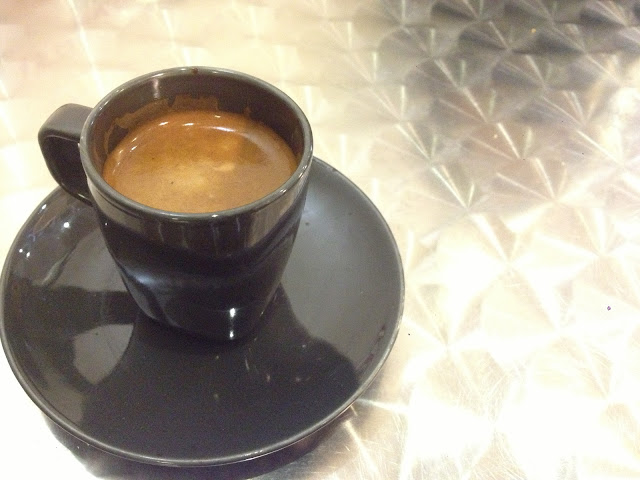 Happy together (甜蜜蜜)
For some reason, this street is lined with dessert shops, and more interestingly, each shop is swamped with people and massive queues. I can’t comment on others, but this shop failed on every level. 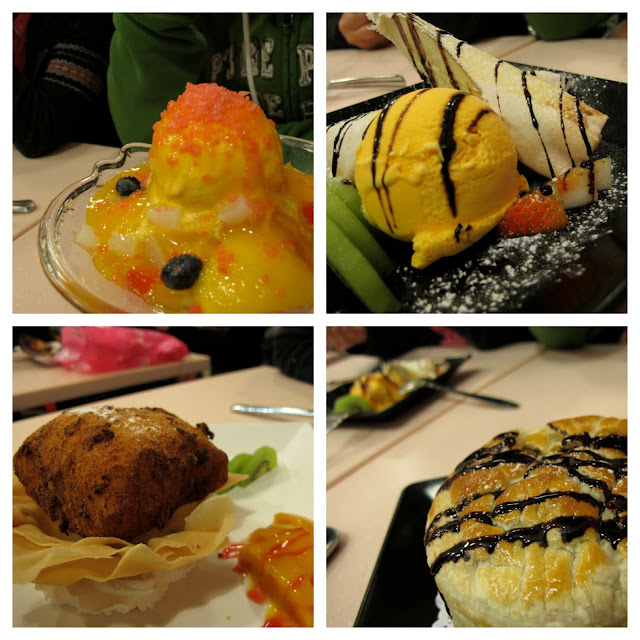 I skipped all the new French patisserie and chocolatiers; I know Eric Keyser has made his name here, but I can have that back in Europe. In addition, there are too many small cake shops with very young pastry chefs who trained briefly in Paris, opening their shops in more suburban areas to avoid the insanely expensive rent. I don't know if they are worth the trek, I mean 2 years training in a French cooking school... maybe I'll wait.
at 17:12