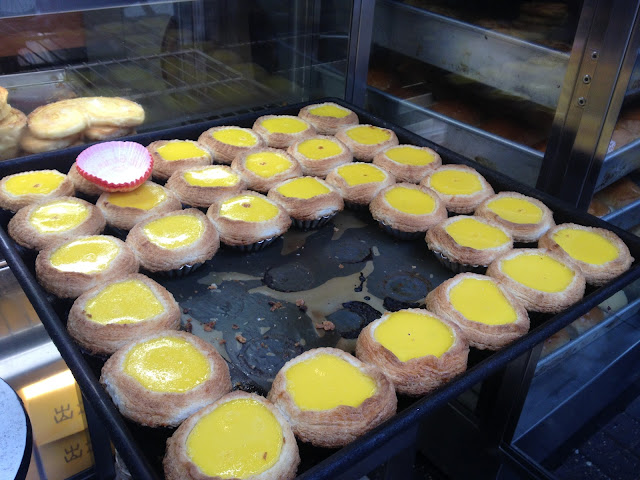 “Tea restaurants” are local treasures of Hong Kong; how we see tea restaurants in HK is like how the British view their pubs, except we get "tights milk tea" instead of alcohol. I know, British takes pride in the English Tea, but HK has developed a technique to brew tea, which is then enriched by smooth evaporated milk - the product is pretty invincible. These tea restaurants used to be the cheap eats where the locals have all 3 meals of the day.

The sad news is, with the increased demands for powdered milk, luxurious brands and precious jewellery from Mainland China, developers and commercial property owners make crazy amount of money by leasing out to these chain retailers, and forces the small, local businesses out by quadrupling rent. These tea restaurants either starting cutting costs by procuring low quality cheap supplies, cutting corners, or just close down. Unless they do business like Tsui Wah, a business so successful it became the first PLC tea restaurant and have branches around the city like banks. Like all PLCs, their goal and focus is to maximise profits for investors. Enough said.

Older districts, like Sham Shui Po and Cheung Sha Wan, have so far been spared from the unification pandemic. This is where my Dad took me to traditional tea restaurants, that serve the good old top quality food I grew up with. 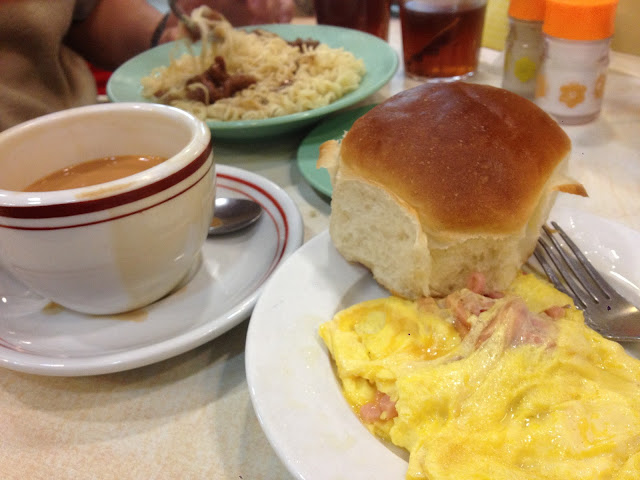 For breakfast, I had satay beef noodles and scrambled eggs. This is how satay is supposed to taste like; nutty, aromatic and flavoursome, not some watery brown soup with beef tenderized to soluble mass by sodium bicarbonate. 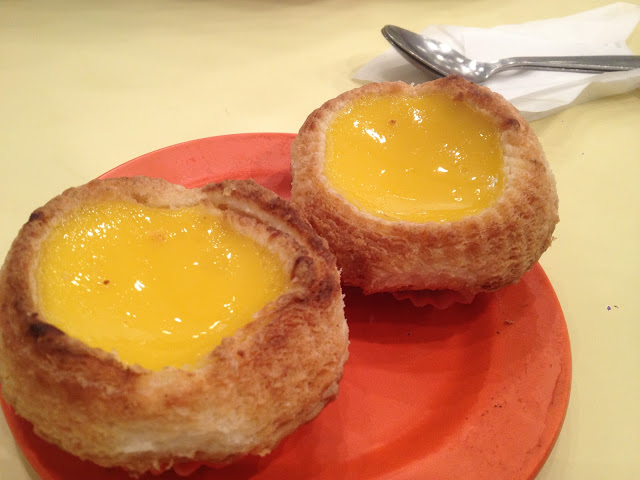 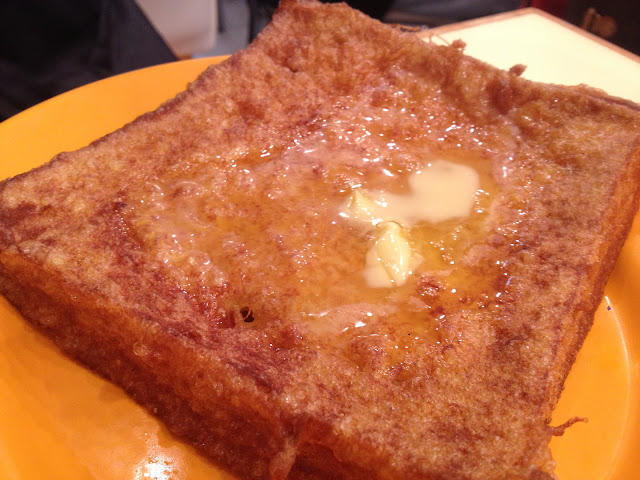 Both of these cafes do a sterling job of churning out the local delicacies. Service is non-existent; during peak times you are supposed to eat and go, but boy it’s satisfying. 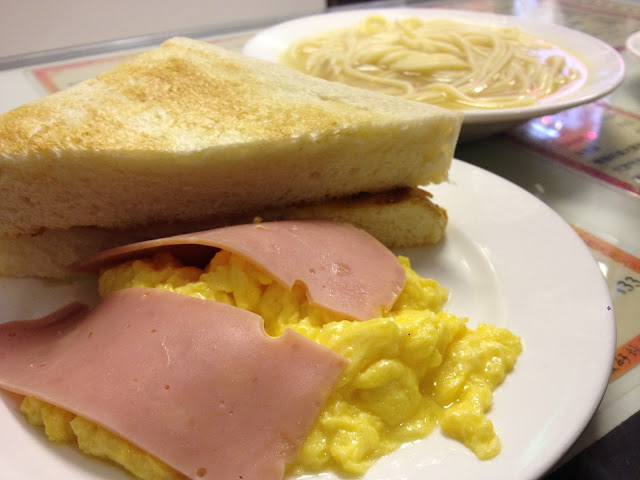 There is an element of celebrity effect with Capital Café. In short this is a slightly modernized tea restaurant. I grew up with breakfasts in Australia Milk Company (Jordan), and I mean kindergarten times, like 20 years ago, long before their silly queue were formed. Seeing this trend and obsession with scrambled eggs and thick toasts, Capital Café was born. 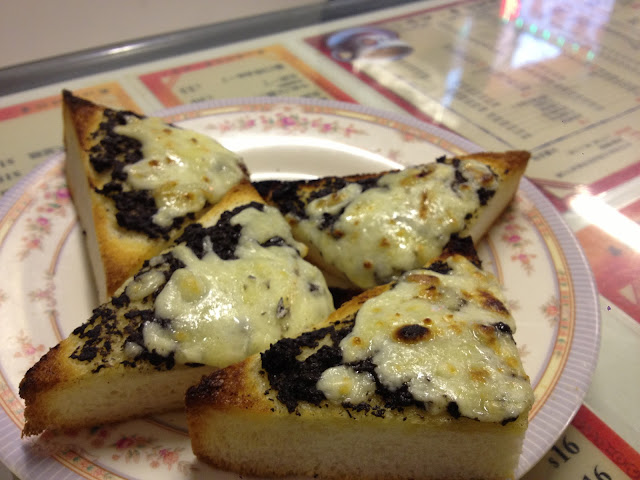 They do a fine job. Good tea, good eggs and good toast. HK-ers have spaghetti in soup, don’t ask, but CC does it better than Australia Milk. They also have a signature School Master Toast, which is truffle paste topped with cheese, well worth a try. 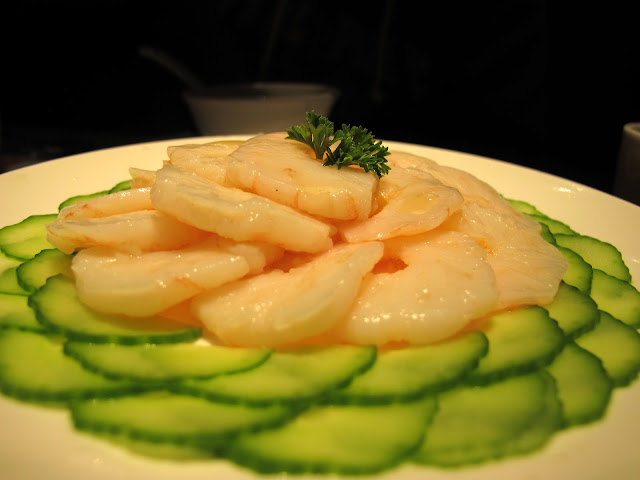 I didn’t get round to eat out at too many Chinese restaurants this time, but Empire City at K11 definitely worth a mention. Their signature dish is Peking duck, and they do a fine job with the totally grease-free crispy skin. In addition, I would recommend the potstickers, xiao long bao and lotus leaf fried rice with duck. 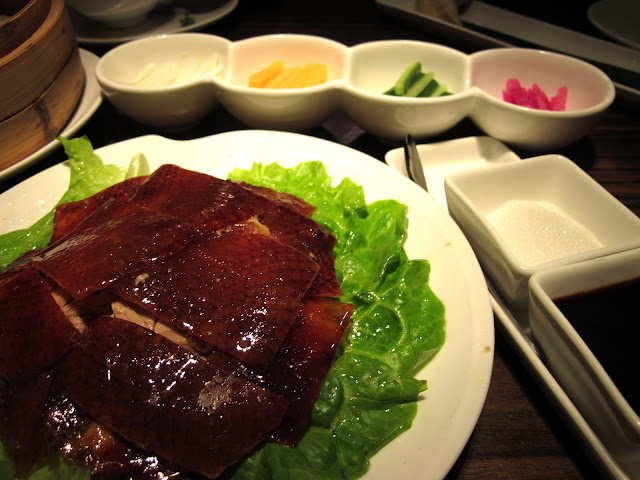