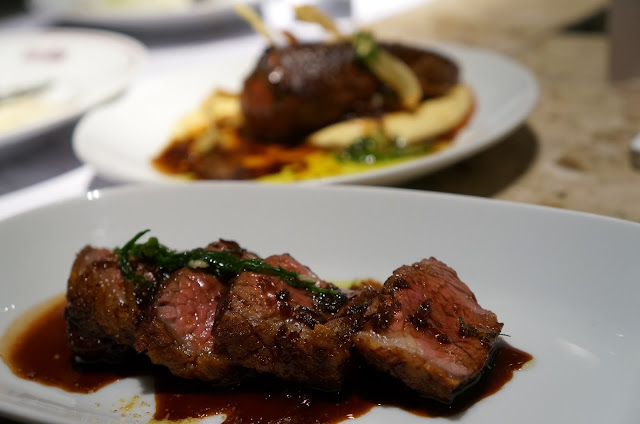 Barrafina is one of my usual hang-outs, especially when my office was in Soho a couple of years back, I used to "afternoon snack" here. Despite the surge of tapas bars and restaurants offering 'small plates', Barrafina is still standing strong as one of my all-time favourites.

We decided to wait in the line for dinner on a Sunday, mainly because none of us were particularly hungry. It was a gentle 45-min wait at 6:30 and the constant stream of gorgeous smelling food quickly got our appetite running... 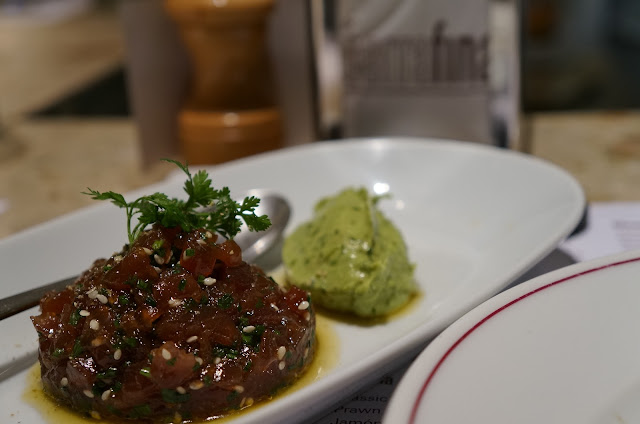 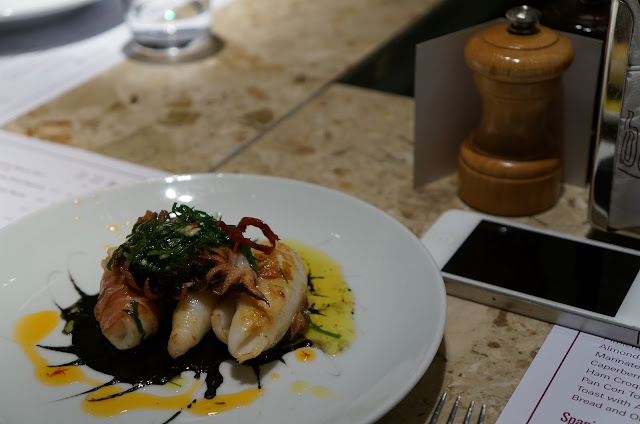 Cuttlefish was full of bounce, just cooked through. There was something hidden inside the curvature of the cuttlefish, a small, warm lob of jelly-like sac that exploded into squid juice. No idea what it was but damn it was good. Just as you think you've tried it all with squid / cuttlefish tapas... 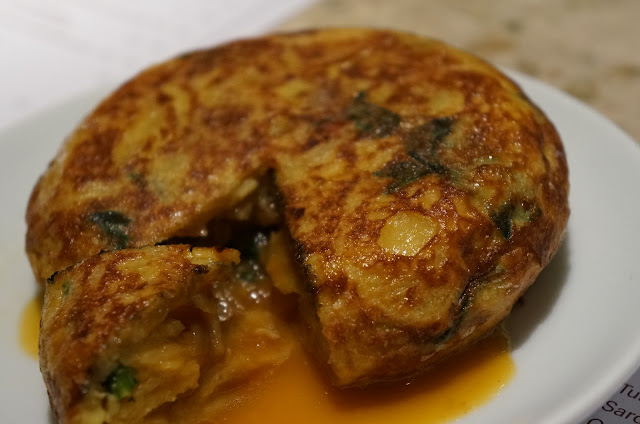 With tortilla like this, oozing with runny, custardy egg, I can't help but regret all the stodgy, cooked-through tortillas I had in the past. This was perfect, grainy shavings of potatoes with just-wilting spinach, naturally seasoned by cubes of jamon, wrapped in a thin shell of egg. 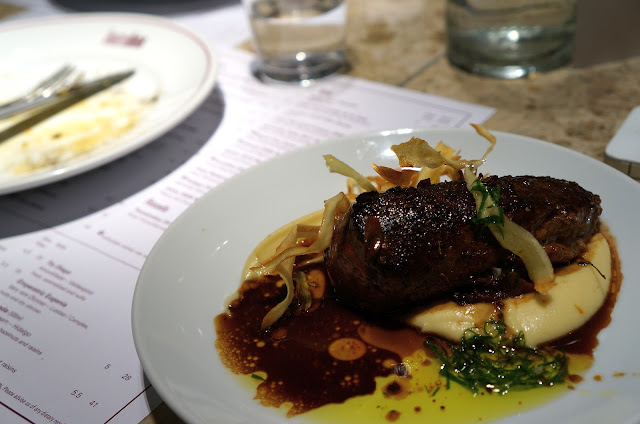 This was roast loin of pork on a bed of thick, creamy bechamel with strips of crispy root veg. Roast loin has never been my kind of meat, just too skinny. I prefer fat and grease. The hunk of meat was slightly dry in the middle, but the rich sauce and jus made up for it. Having been spoilt with medium cooked Iberica pork, this classic didn't quite it to my list of favourites. 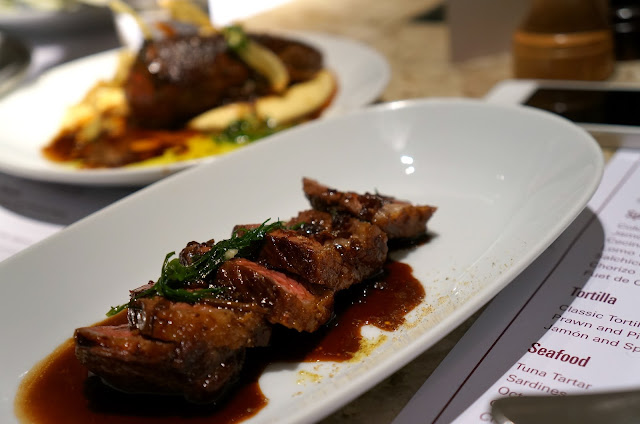 I wish they would bring back the lamb cutlets, those were simply stunning - a thin layer of fat on bone, grilled to crispy edge, cooked to medium rare and accompanied by a subtle minty dressing. This rump of lamb wasn't bad, but no where as good as the cutlets. The scarlet meat was tender and succulent, but the meaty flavours were subdued and a weak on the distinctive lamb tang because of the leanness of the meat. It was still pretty good, just not as awesome as the others. 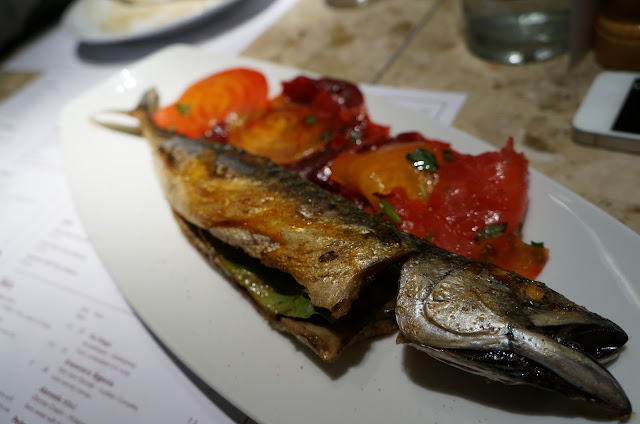 Originally we wanted two portions of razor clams, but they sold out way too quickly. And we saw a fat mackerel landed next door - we wanted one too.

Our mackerel must have been the Kate Moss of the ocean, there was very little fat on it.  That said it was grilled perfectly, the fish retained the little oils it had and the flesh was soft and juicy. Given the choice, I'd like a much plumper fish, but this was good enough.

On a separate note, any idea on how to photograph a whole fish without it looking as though it's been hit by radioactive rays?

Barrafina gets it. There is nothing overly complex about the food, unlike Tendido Cero that experiments with ingredients, yet they don't strip it back as much as Jose, where it's pretty much grill and season. The recipes have a twist to it, a unique touch that injects finesse to otherwise ordinary dishes. And they do it so nonchalantly, so effortlessly. Gotta say it blows Brindisa, Iberica and the Salt Yard Group out of the water...