Upstairs at the Ten Bells Ringing 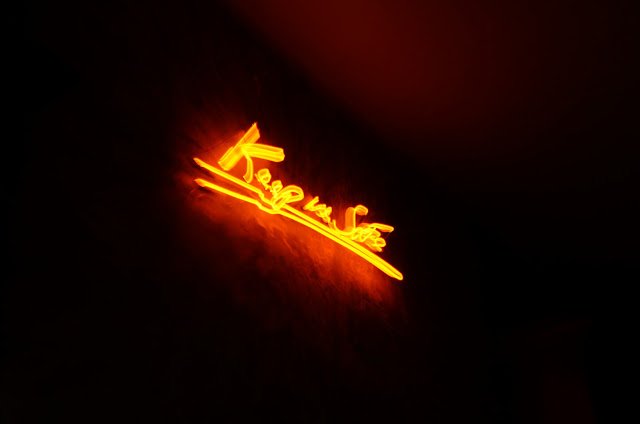 So the Young Turks have split and Issac McHale carries on in the 'Upstairs space' at the Ten Bells, hence the name. This quickly became an open secret in East London, and general feedback has been positive.

Ten Bells is one of the Jack-the-Ripper pubs and is forever packed with people; even on a rainy Thursday evening the pub was flooded with the hip crowd. The upstairs is much cosier, warmly lit with candles, deliberately and neatly shabby to hold onto its nostalgic touch. Sitting by the fireplace, looking out to Spitalfields, it sucked us right back to the 19th Century. 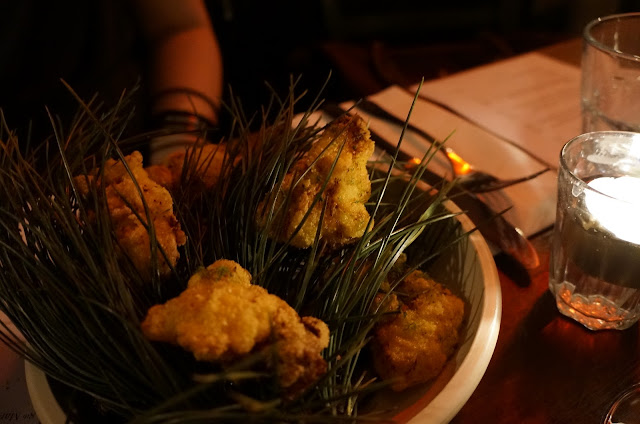 Everyone said nice things about this snack, and I could easily see why. The chicken pieces were deep-fried in a thin, seasoned batter, immensely succulent and tender, perfect with the pre-dinner drinks. It became too salty by the time I had my third piece though. 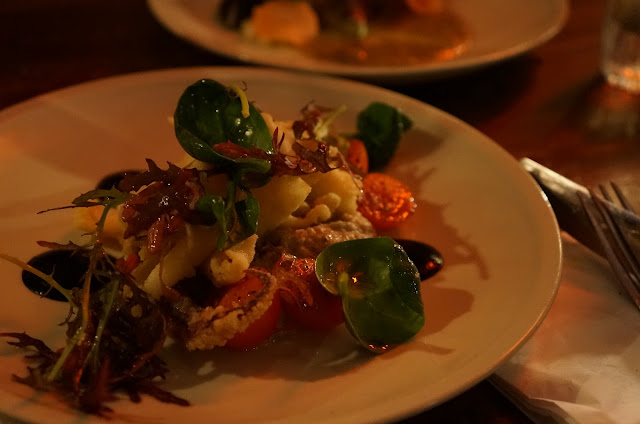 Hidden under the pretty arrangement of salad were deep fried squid tentacles, with a batter that stuck very well and not too greasy. The polenta was almost like a smooth pea mash, but not too earthy in flavours. Simple and pleasant. 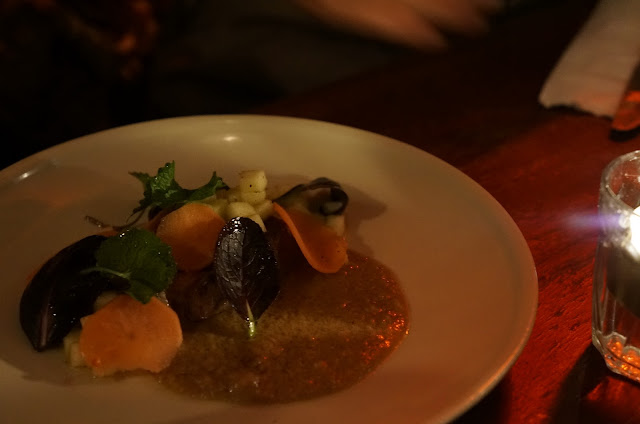 I was half expecting thin slices of tongue but was pleasantly surprised by a thick cut of meat (again, hidden under the carefully arranged leaves) slow cooked to shredding point. That's one of the best things about tongue; because it's such a strong muscle it doesn't lose its structure after slow-cooking, there was still some bounce in the melt-in-mouth pieces.

And the bone marrow sauce was its perfect match, rich but not greasy, powerful but not overpowering. I loved it. 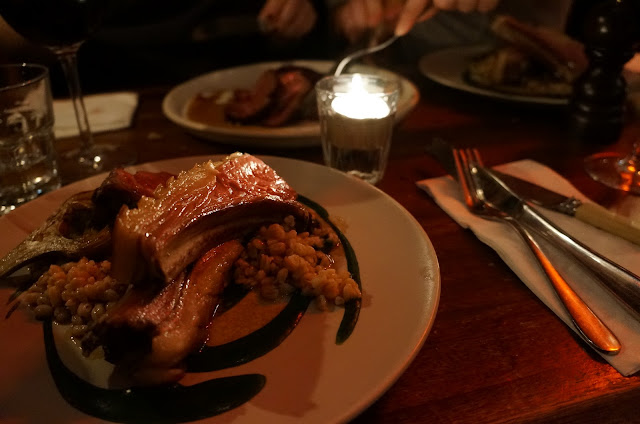 Despite the dim lights, it was pretty obvious the lamb was very rare, with thick strips of fat lining the bones.

It was way too rare for my liking, especially when there is so much fat, which became an unappetising, opaque block on my plate as the dish cools. The one small medallion of lean muscle attached was tender, but didn't carry much lamb flavours - it was simply too raw. I normally have my lamb medium or medium rare, this was border-lining uncooked.

The rest of the dish was very salty; the olive puree being the worst offender. I found myself washing each forkful with gulps of water. It was particularly disappointing as I had been looking forward to a hearty meat dish for weeks... 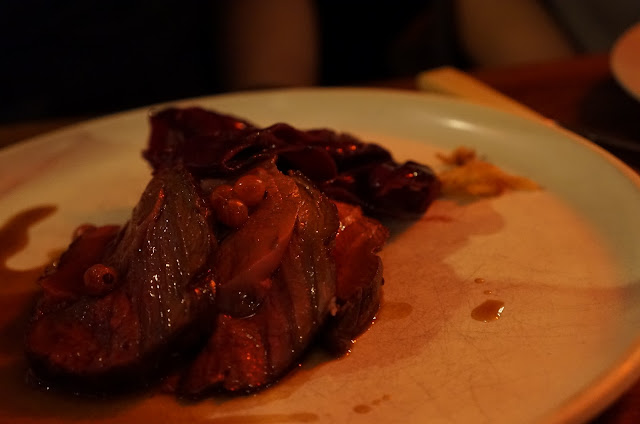 Sorry about the photo, think I'm still getting used to my camera.

Personally I prefer much bloodier venison, but this wasn't bad, just somewhat loses the gamey flavours. The jus could have been more concentrated with flavours; the quality of meat wasn't particularly impressive. I have had better. 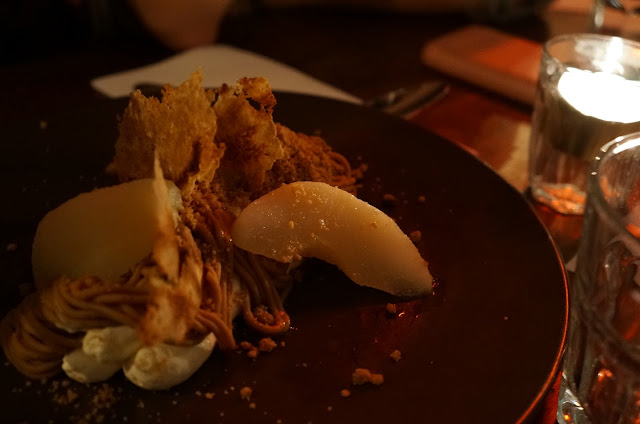 Michal can't say no to chestnut; me neither. Chestnut puree wasn't overly sweetened and the whipped cream was light and airy. It rounded off a relatively heavy meal perfectly.

I might have missed something at the Ten Bells - not sure why everyone else likes it so much. The veal tongue starter was great, the bread was brilliant, but other than that, the mains were a bit sloppy, execution careless, especially with the excessive seasoning, undercooking the lamb and overdoing the venison... I have yet to come up with something brilliant in the Liverpool Street area for British food, but I doubt I'll make my way back here.