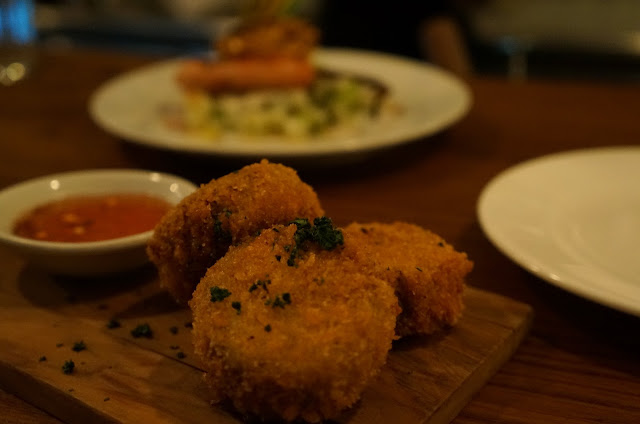 I was tasked to find an easy-going restaurant with decent food (by my standard), casual setting and good drinks (by Denice's standard) to hangout for a good few hours on the Friday evening near Bond Street. Anything came to mind? I thought about 28-50 but it's hardly a cocktail hotspot. Then I remembered being informed of Zoilo back in Nov, the second creation of Diego Jacquet.

The vibe was incredible in Zoilo; there was a trendy buzz in the air with the media business bunch in their smart shirt and jeans, and the bar staff churning out one cocktail after another without losing their cool. We chose to sit at the bar on ground floor. There were also open kitchen bar seats and some tables in the basement. The menu is more or less tapas style. 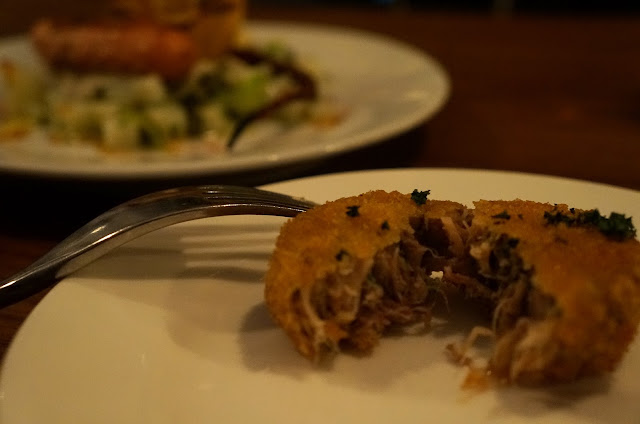 I remember having something similar at Bread Street Kitchen. These were beautifully done; shreds of  tender meat intertwined with small lumps of squidgy cartilage, encased in a crispy shell with minimum grease. Seasoning was spot on, but the sweet dip helped gelling it all together. Great nibble with drinks. 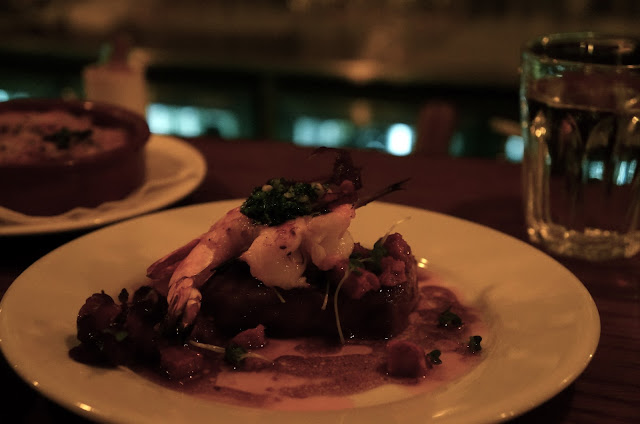 This looks like a mini Argentinian surf 'n' turf. The prawns were probably killed by garlic overdose before grilling, and these were beautiful for garlic lovers like myself. The slab of pork belly was just right, a strip of fat sandwiched between succulent lean pork; the texture was a mix of crunchy and bouncy, and it soaked up the heat from the chorizo oil. Nice. 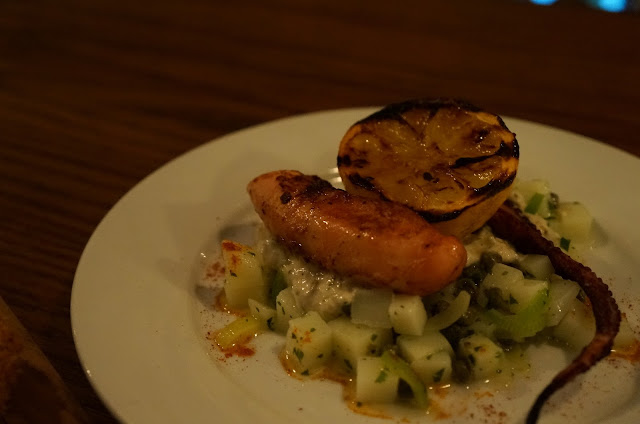 Not the prettiest dish, and I have already written about my view on grilled lemons. I stand by it.

That aside, the sausage-looking squid was delicious, full of bounce and oozing with chargrill smokiness. I just wish there was more of it; he freaking useless lemon took up most of the space on the dish! The potato salad and tuna mayo was dressed with a refreshing citrusy sauce, with a subtle kick from the paprika. The recipe felt quite exotic, but there wasn't much connection between the squid and salad - not sure if the two went together. 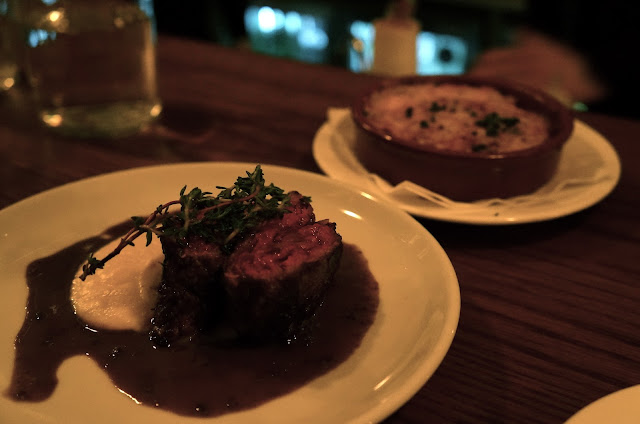 There were 3 cuts of beef from the menu, and I was obviously drawn to the bone marrow.

Argentinian steak is known for its intense flavours, and this lean flank steak was packed with it. Just gently seared on the outside to seal the concentrated beef juice. It was stunning; endless release of bovine flavours, further exaggerated by the thick, rich bone marrow sauce. Ah the sauce was divine, infused with beefy buttery fragrance. I could have devoured another one.

Potato & artichoke gratin
I thought it was a tad overseasoned, especially with the melted cheese on top. But the artichoke gave some chomp to the grainy potato slices, taking its weight off. 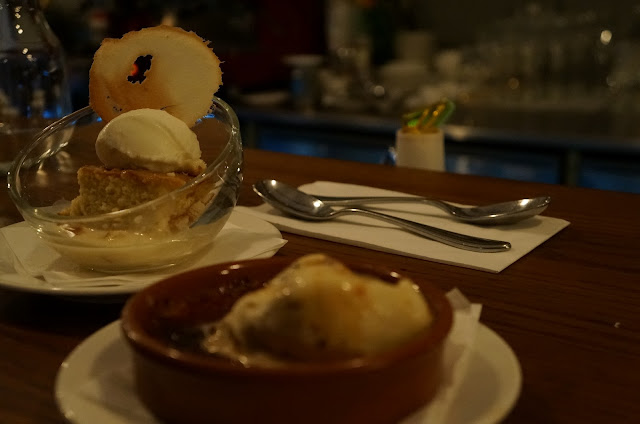 The milk cake was dense and extremely moist, sweetened with condense milk but the mild acidity from the yoghurt-flavoured sorbet reined in the sweetness to prevent an overkill. There was complexity in this seemingly simple ensemble but everything was in perfect harmony. 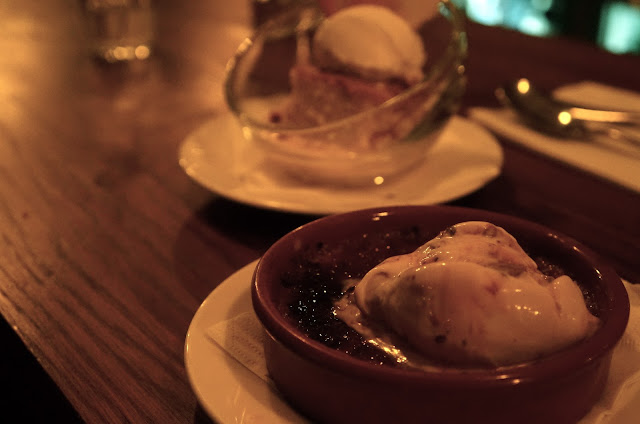 We were so skeptical about the banana split ice cream, but it was exactly like a banana split deconstructed into ice cream form - not just banana flavoured, each spoonful held the essence of the banana mixed Napoleon plus a touch of whipped cream - It was ingenious. Creme brulee was great too, eggy, smooth and a crispy sugar shell, just how it should be.

Zoilo was a pleasant surprise. I was so ignorant to think Argentinian was just old-fashioned steak. There was sophistication in Diego's recipes; it felt as though the kitchen has gone all out with their ingredients, mixing and matching to create unlikely combinations and surprises. I'd definitely come back for more, might even check out Casa Malevo to see what else Chef's got.