Nothing Special at Balthazar Boulangerie 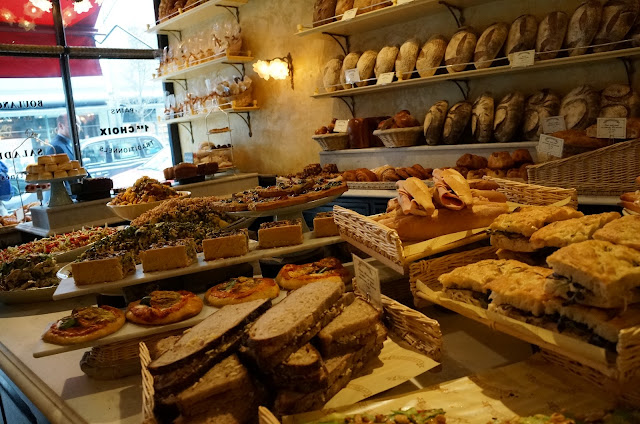 The morning after dinner at Balthazar, I decided to check out its boulangerie after picking up my phone from the Genius at Apple. 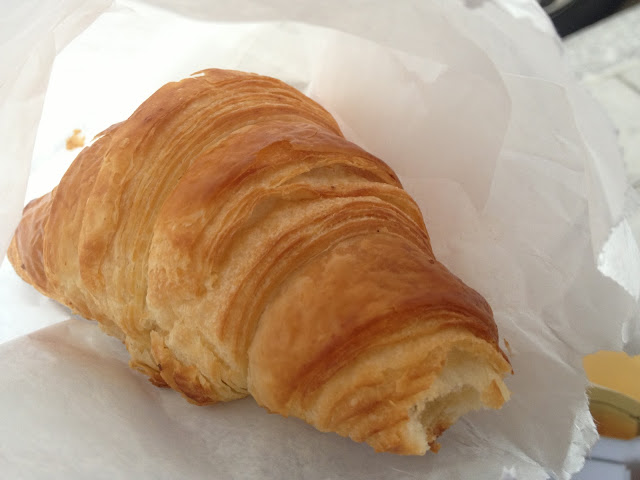 These were okay. The exterior was ultra crispy and flaky, inside moist and slightly dense for substance. But it didn't have the subtle sweetness from Ble Sucre in Paris, nor the knock-out butter fragrance of Joel Robuchon. I think it's on par with any ordinary bakery in Paris, nothing spectacular.

Madeleine - Chocolate or Lemon @75p each 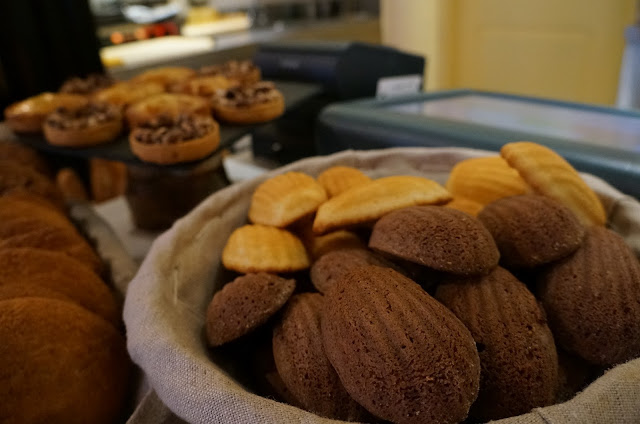 These were very disappointing. I was hoping for a moist, buttery bite with a slightly crusty  shell and a crispy edge... instead these were leaning on the stale side and the butter was missing. The lemon ones weren't very lemony; chocolate ones slightly better with large chunks of chocolates but these were pretty poor madeleines. I'd still recommend St. John Bread & Wine near Spitalfields for some seriously addictive Madeleines. 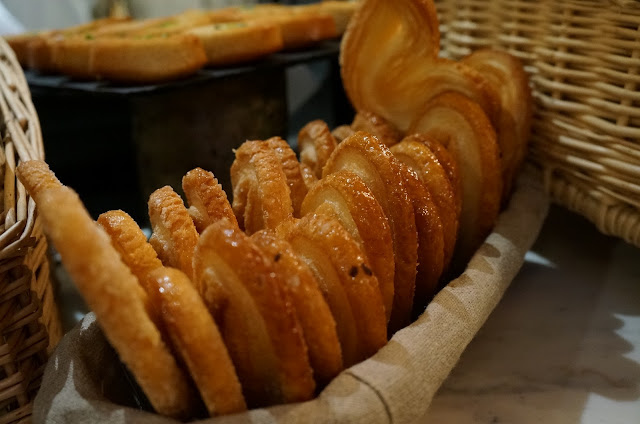 These palmiers were much smaller than the usual ones from Paul. Love them, French bakeries rarely get them wrong, even the ones from M&S bakery are great, and great value too! 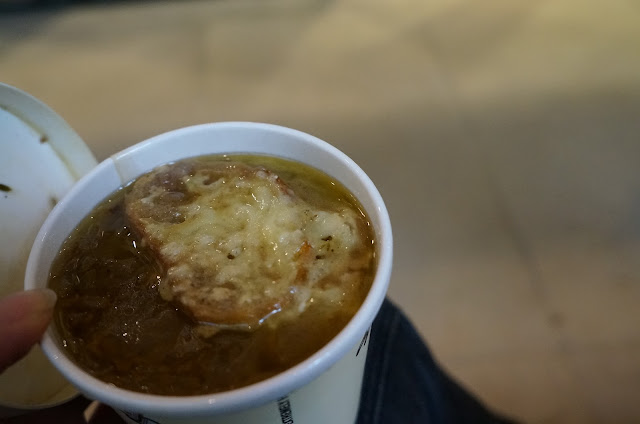 There were 2 soups of the day, celeriac with truffle oil and the good old French onion soup. I thought about the onion soup the night before at Balthazar Brasserie, but went for the steak tartare instead. So I bought a take-away from the bakery.

A good soup. I am not a huge fan of the acidity as I prefer natural sweetness from onions, I guess the acidity came from the garlic. But the flavours were strong, thickened as the croutons soaked up the soup with dissolved onions.

Can't say I was too impressed overall...

You may also like: Paris Bakery, Princi, Sketch - The Parlour
at 18:01