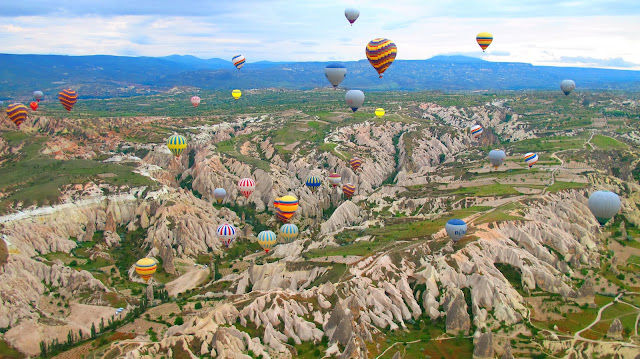 We arrived at Goreme in Cappadocia around 8am.

The town is simple with only tour agents, hotels, restaurants and souvenir shops. So we headed straight for the South Tour: 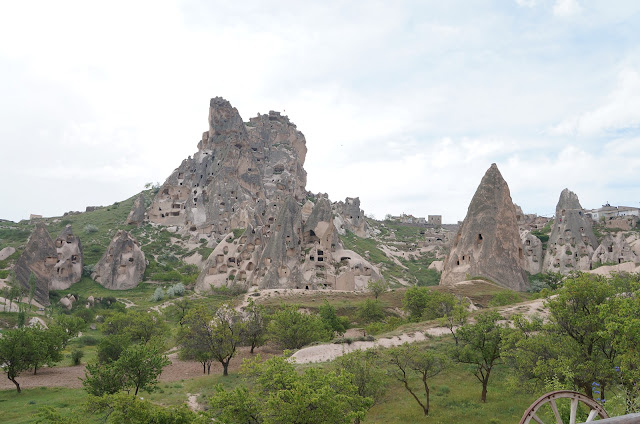 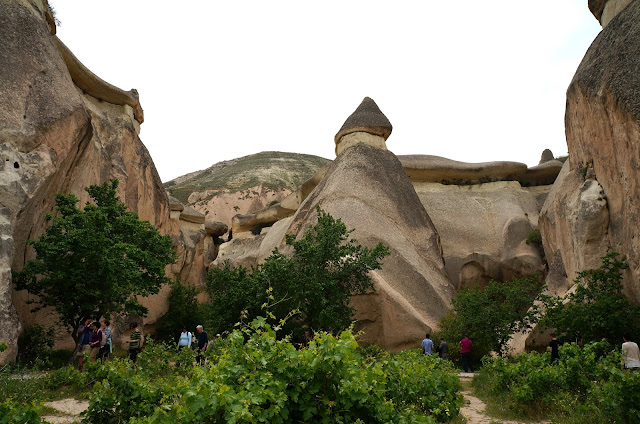 Second day we woke at 4am for our hot air balloon ride. Speechlessly beautiful. 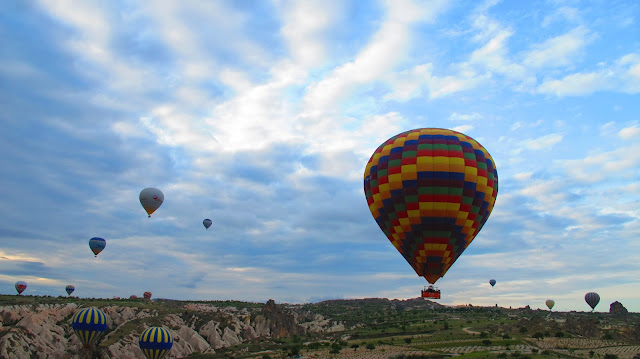 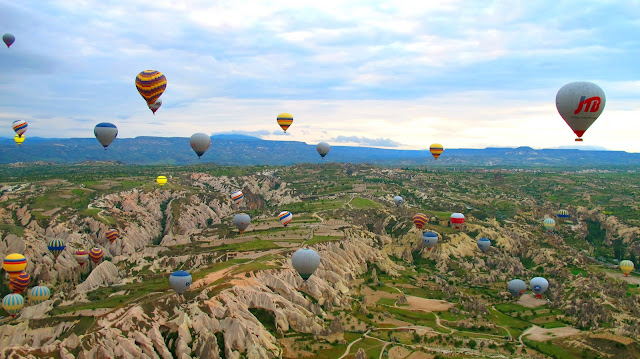 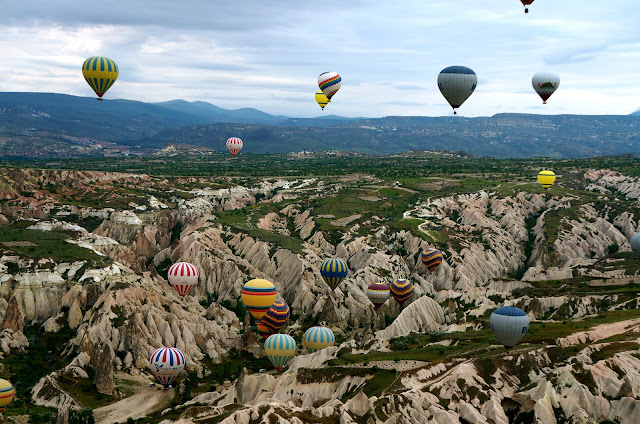 Then we had breakfast at the cave house before starting the North Tour: 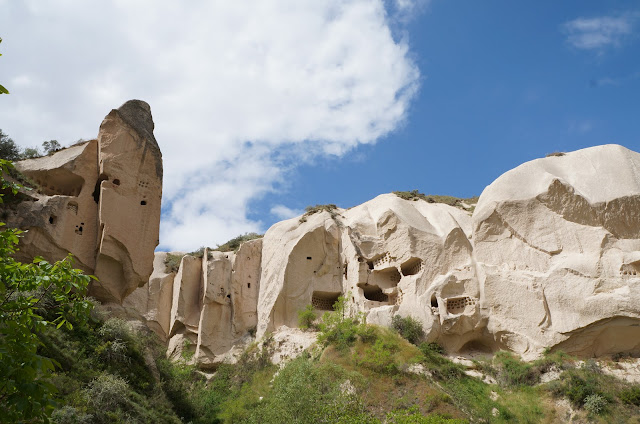 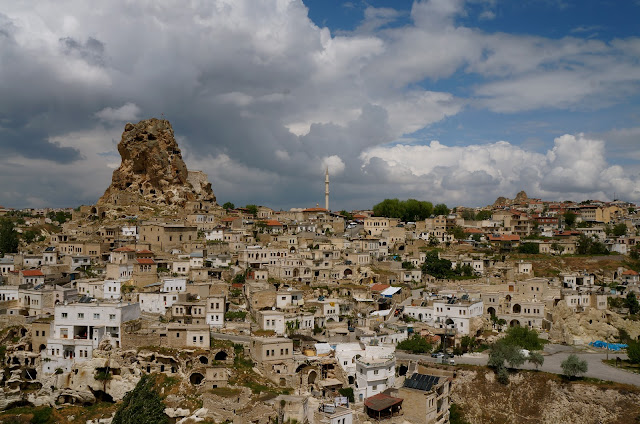 The underground city was impressive, I thought the North Tour was much more interesting. The 8 levels of underground compartments were mind-boggling. It's not for anyone with claustrophobia though. Some taller fellow travellers began panicking after passing through a 40m tunnel on their all fours. 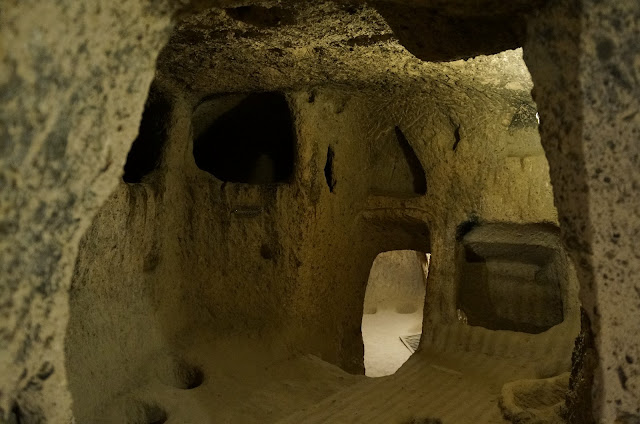 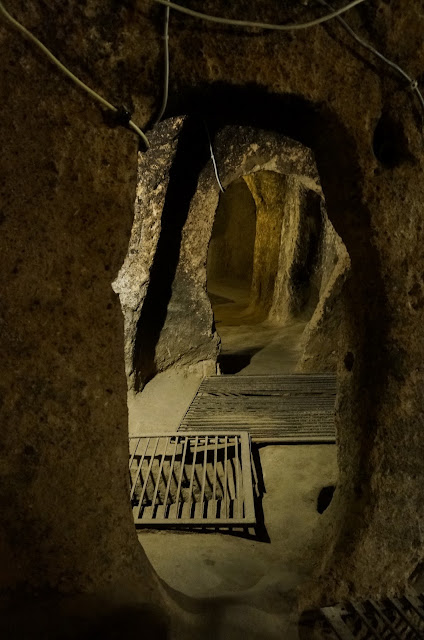 Some freshly deep-fried potato chips outside the underground city. I loved it. 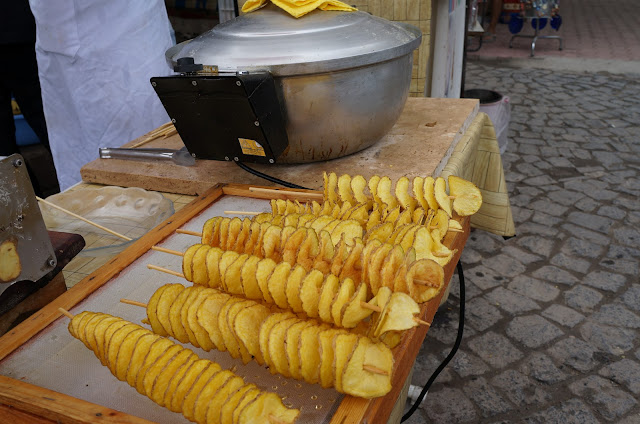 I have to say all restaurants are fairly similar in the little town. Old Cappadocia Cafe was particularly pleasant with live music and an outdoor fire. I found all their local dishes absolutely delicious, especially the one with beef cubes and rice on a hot pan. 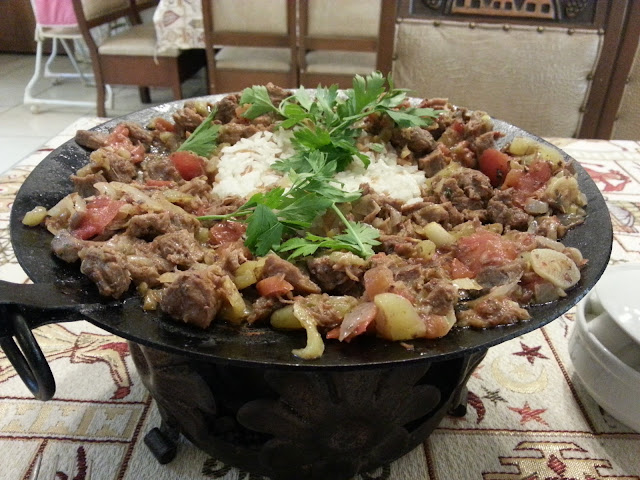 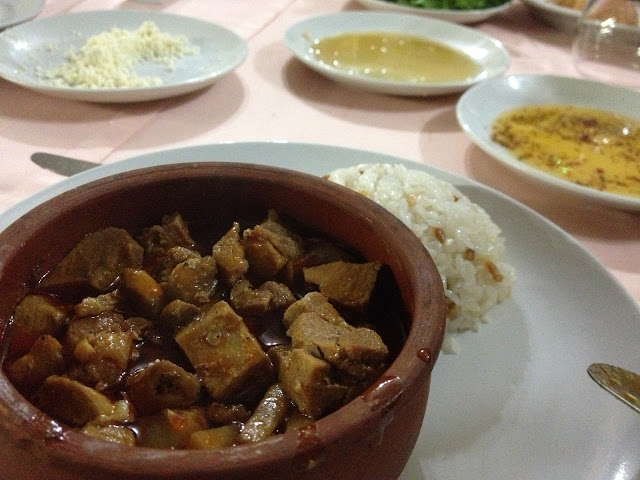 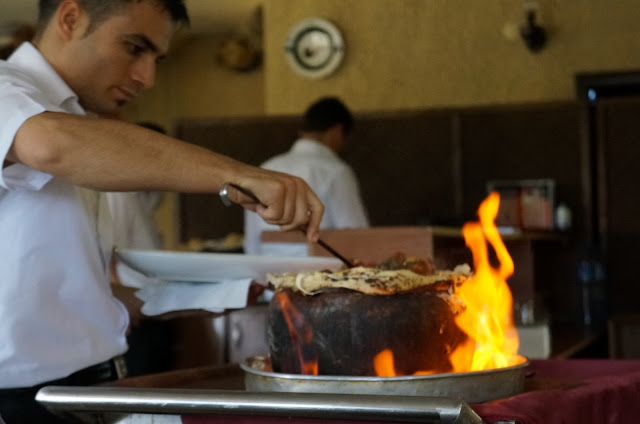 It's a 12-hour overnight bus from Istanbul to Goreme in the Cappadocia region. One could fly, the price of domestic flight would range between 65-250 Euros, buses cost 28 Euros. I braved the long bus journey as it was hitting the 250 mark when I booked, and I could max out on the activities instead of airport transfers. Genuinely will not do it again. I was in limbo the entire day. The coaches were fine, but the series of stops with full-on lights, frequent cigarette stops when half the bus came back smelling like ash trays, the guy coughing his lungs out, the woman yapping on the phone... jeez it wasn't an easy night to get through.

Then it was 9 hours from Goreme to Antalya, from the bus terminal we took the tram into the city centre. 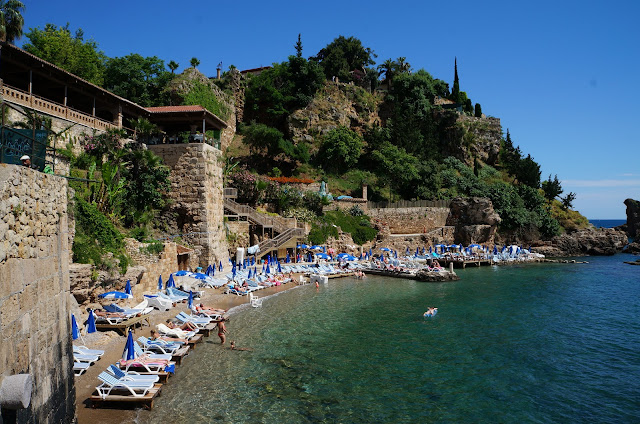 Can't say there was lots to do in Antalya, especially with the thunderstorm over our heads. I know people come for the beach and book all-inclusive packages at the hotels, but it's not world-class kind of resort... I spent a day sleeping for 16 hours, waking only for dinner. Highly recommend Parlak in Kalekapisi area near the old city. The aubergine mash / salad was mixed with tahini and to give it a nutty flavour - absolutely delicious. 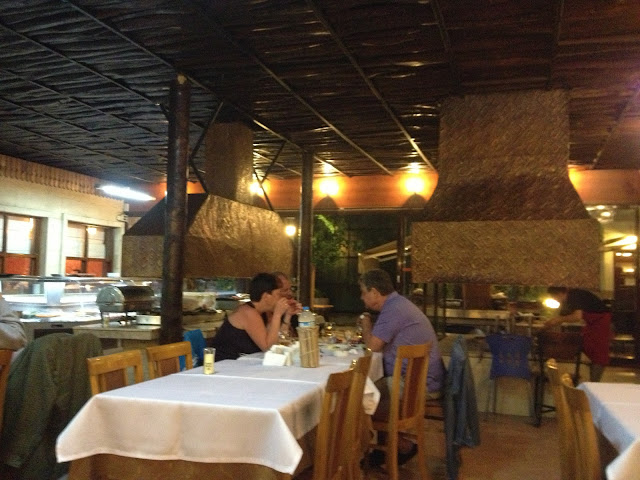 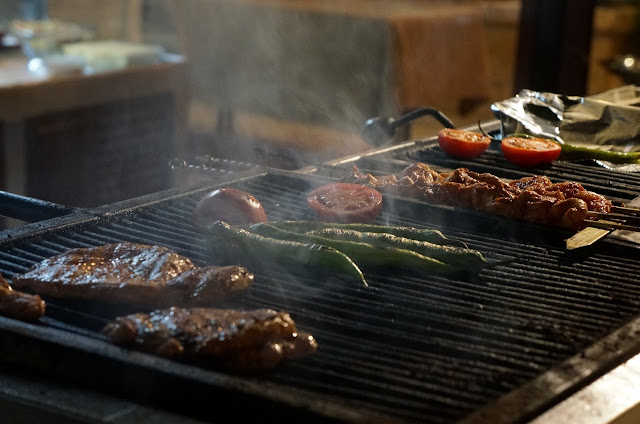 The clouds cleared on second day and we strolled around the old city, nothing much to look at really. Then soaked up some sun as we headed down to the marina. 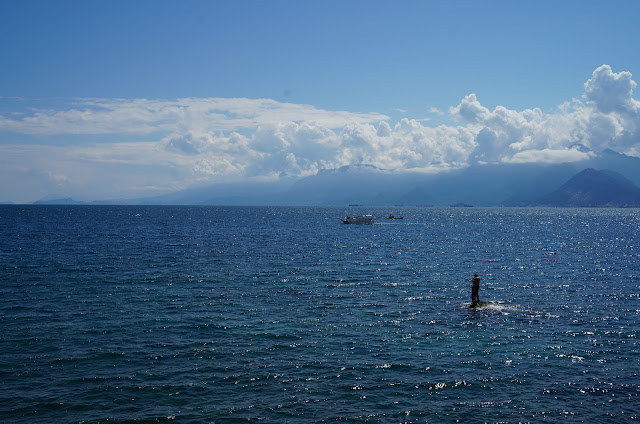 We bought a doner kebap at Topcu for lunch, super juicy. It's 30% more expensive than the other stalls, but there is a good reason why they don't need a tout in front of their shop. 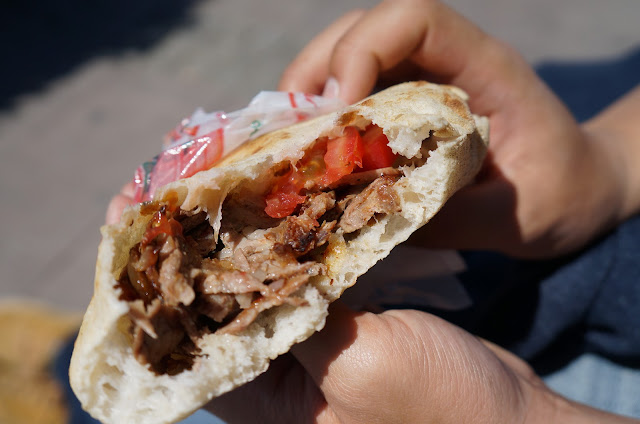 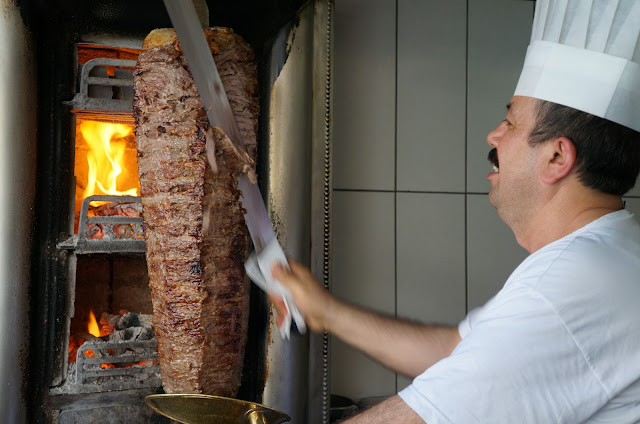 We took the bus to Duden Falls; good park to hide from the sun. 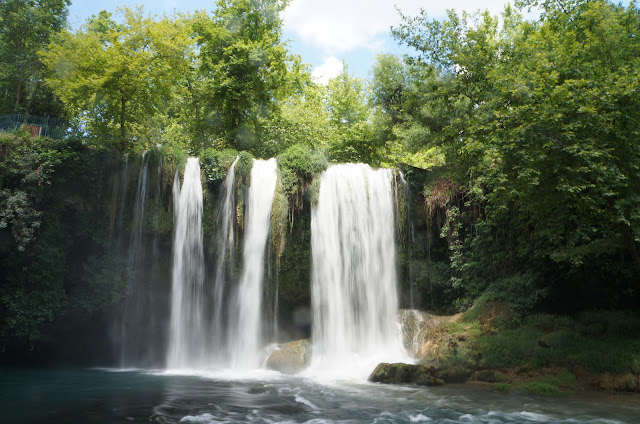