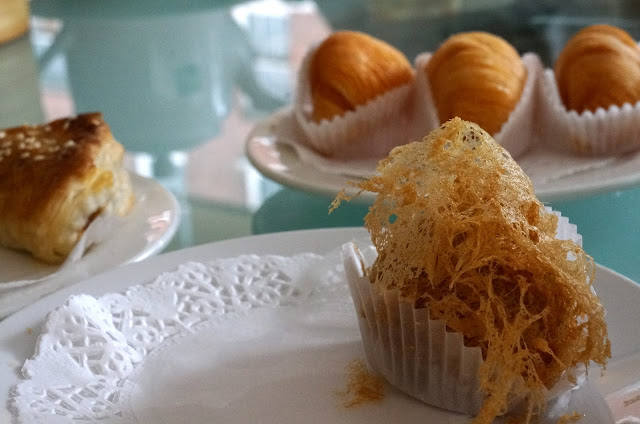 I am still struggling to find excellent dim sums in London. While Royal China is fine, it is still a long way from great. I heard Phoenix Palace and Princess Garden of Mayfair have earned some good reviews, so I was eager to check it out when my gang of 10 wanted to experience some cultural cuisine.

Princess Garden has a pretty spot on a quite street, not far from Selfridges. Unlike Phoenix Palace, the decor is stripped of traditional Chinese ornaments; natural light with clean, modern adornments. It was all fine until I was told, for the first time, my table had to be returned by 2:30 - leaving us approx. 75mins for the the 10 of us. 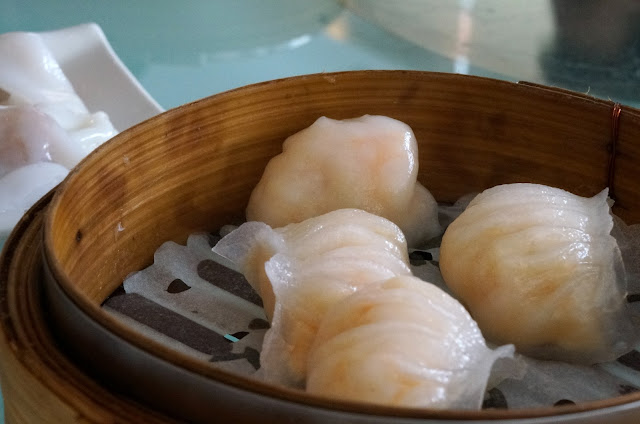 The steamed dim sums were okay, some better than others. Har gau were of traditional size that could easily be popped in the mouth in a go as opposed to the baby-fist sized giants. The glutinous shell and crunchy prawn were in good ratio. Siu Mai were a bit shrivelled and dry but seasoning was good.  Scallop dumplings looked beautiful though a tad stingy with the thin disc of scallop. Pea Shoot dumplings were disappointing, I could almost count the shreds of vegetable in the thick chewy case. Flavours for chicken feet were spot on, but definitely undercooked as much of the tendons and cartilage were still stuck to the bones. 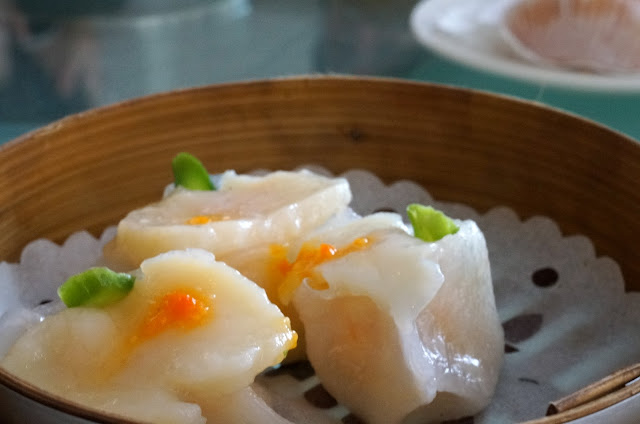 Fried and baked dim sums were marginally better than the steamed ones. While the deep-frying was very well done, common issue is a lack of filling, and hence a poor ratio that destroys the mouthfeel. Taro croquette and turnip puff were best of the lot. Char-siu puffs were way too thin on the pork, it was more like honey-glazed puff pastry. Mixed meat dumplings soaked up too much oil, leaving a mouthful of grease after each bite. 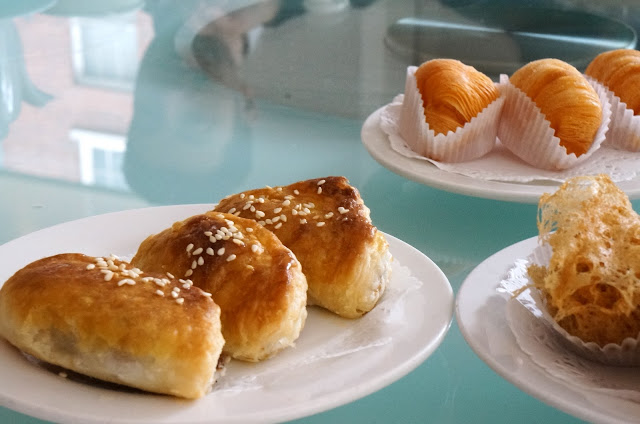 Mini custard tarts & Mini pineapple buns with custard were appalling. The custard was lumpy and tasted most artificial, almost like what you'd get with powdered custard.

The cheung fun dishes were the weakest link. Cheung fun with deep fried dough was particularly poor, it looked awful to start off with, the dough was fried to irregular shapes and looked lanky in the translucent coat; the dough was overcooked to brittle hardness, which pierced the roof of my mouth. Both minced beef and char siu were rather tasteless, and together with soy sauce that lacked sweetness for cheung fun, the silky parcel was just a mouthful of blandness. Pan-fried cheung fun with XO sauce was comparatively good, though it could do with a pinch of salt. 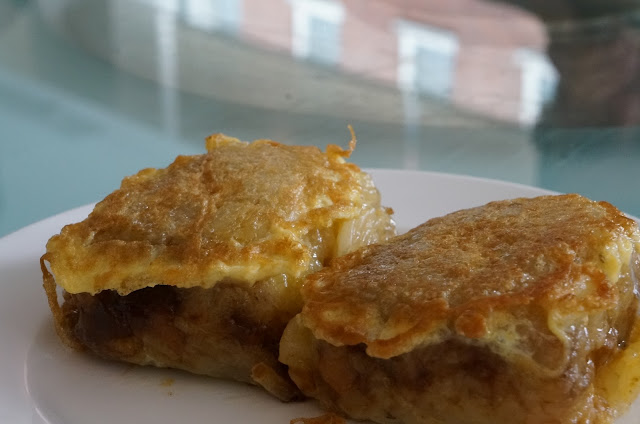 We tried both steamed glutinous rice in lotus leaves and the egg-fried version. I prefer the latter, less soggy, slightly crispy on the outside with some eggy fragrance.

We were presented with the bill before we finished. Literally kicking us out. I wasn't happy. I booked 2 weeks in advance for 10 people, they called a week too early to confirm and we managed to correct the booking. Never was I informed there was a 90-min turnaround time. Frankly had I known I only had 90mins for 10 people, I would have booked elsewhere. Imposing it on us at the very last minute just before seating us is unacceptable.

From a Chinese family myself, Sunday yum cha is a time for friends and family to catch up, and usually it takes up the best part of the afternoon. Had I planned to wolf food down my throat and get kicked out in 90mins, I wouldn't have organised yum cha. I wrote to them - they ignored me.

Overall I have had much better dim sum, it's all very mediocre even by London standard. I suppose the restaurant is more comfortable than the usual China Town scene, but I will not be coming back. Back to Royal China then.

You may also like: Bo London, Yauatcha, Shanghai Blues
at 03:58