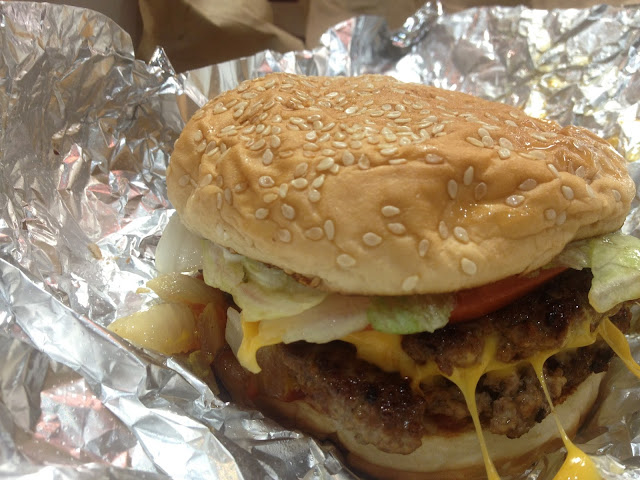 I finally got round to paying Five Guys a visit. Following the disappointment at Shake Shack, I had very little expectation of the US giant.

It was early evening on a Tuesday and there was a queue of 15 outside the joint. It moved relatively swiftly as I was already helping myself to the peanuts after 10minutes or so. The hot dogs have yet to make their way to London, so we stuck to the burger. 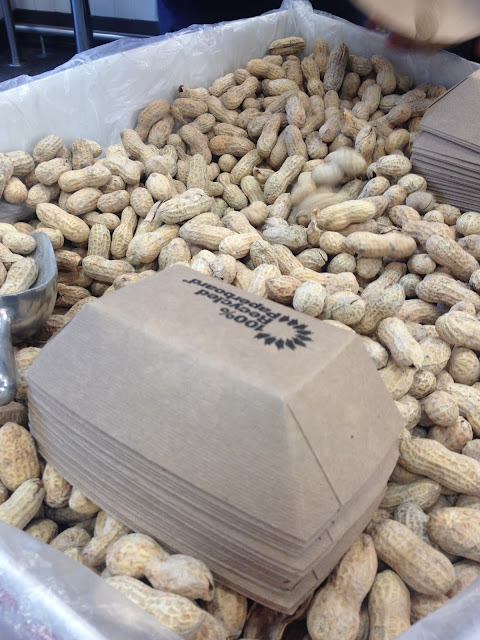 Bacon Cheese Burger with everything except pickles 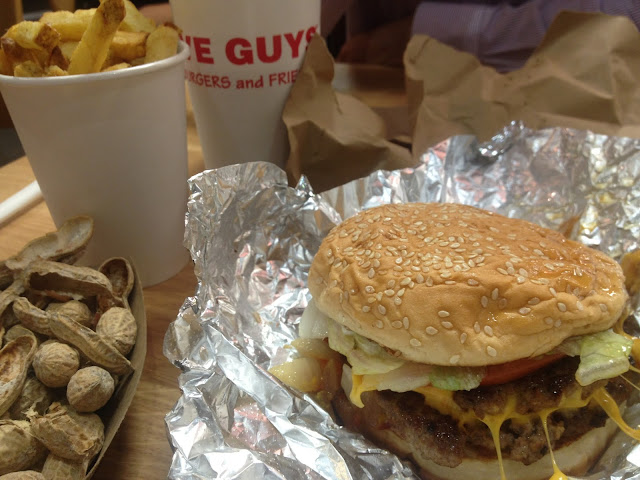 I think this must be at least 30% bigger than the Shake Shack burger. Size matters - in most things.

Despite the boring sesame bun, the well-done cooked-through patty, the plastic-y processed cheese, I quite enjoyed it. It may have been the thick double patties plus the insane overloading of sauces and relishes, as well as the overall greasiness, the burger was oozing guilty satisfaction. 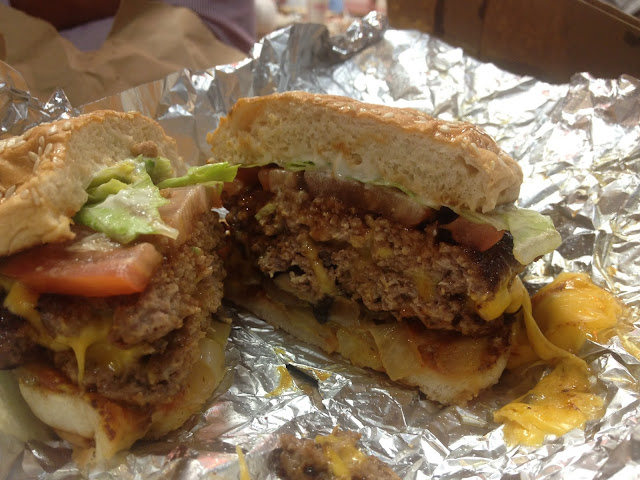 That said, I thought the world of burgers has moved onto brioche buns a couple of years ago, and medium rare patties have much better textures. BUT I appreciate this is a fast food chain, and as far as fast food goes, it's an alright burger. At £8.75 though... I was hoping for something of much high quality.

Five Guys Style Fries
The fries, with potato skin on, were also very well made - fresh, crispy on the outside and fluffy on the inside - much better than the frozen crinkle cut at Shake Shack.

The 100+ flavours soft drinks was also heaps of fun. I checked out the lime coke zero, strawberry coke  peach sprite and still tango. I think this machine was worth a visit on its own!

Needless to say, I thought Five Guys beats Shake Shack, hands down. Still it was far from amazing, but at least I had a load of fun snacking on peanuts and exploring different flavours of cokes. I might rank this next to the Dead Hippie at MeatLiquor / MeatMarket - very American, very greasy and very fast food.

On a completely irrelevant note, Mister had an angus beef burger with pan seared foie gras for £25 at Little Social a couple of evenings ago - it was blissfully sinful.

You may also like: Shake Shack, Patty n Bun, Lucky Chip, MeatMarket
at 02:49