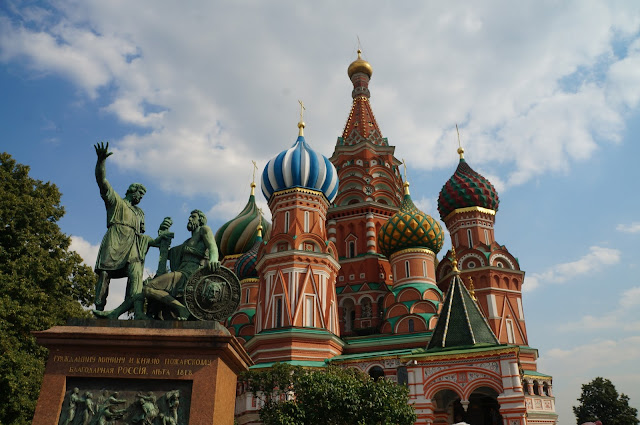 Everyone, I mean everyone, asked why Moscow. It's one of the very few places of interest that neither of us have visited yet. While I would have been equally happy with Ireland or Scotland, I'm always up for a bit of culture.

When I asked people what and where I should eat in Moscow, general responses were "eating out is expensive"; "they only eat potatoes"; "cooking is crude". I had my doubts - afterall Moscow was once a glamourous city too, surely the multimillion oligarchs wouldn't put up with poor food.

We spent the first few hours in the city... sleeping, and that includes the 35-min train journey from the airport to the centre. It was a complete blackout. Deciphering the Cyrillic alphabet in the metro and their random colour codes took the last drop of energy in us.

Then we strolled over to the Red Square and GUM. The shopping mall reminded me of Marina Bay Sands in Singapore or Venetian in Macau - big, grand and slightly soulless. The Red Square was the perfect place for people-watching: Gypsies, tourists, incredibly attractive and tall ladies practising their catwalks, even the 'President' at work. 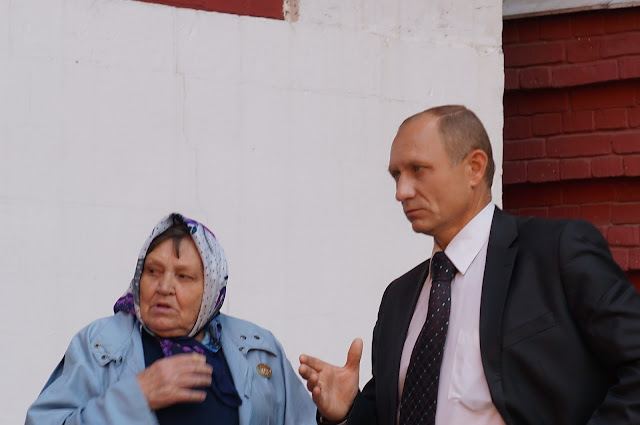 I can see why some people thought eating out in Moscow was expensive; the price range is huge despite very similar menus. Overall restaurants in New Arbat area is quite reasonable and I thought the two restaurants below did a good job on introducing some local dishes.

Khachapuri
A cafe / restaurant near the Pushkin area serving casual Georgian fare. Mister was completely unaware of my secret eat-list until I lured him into this side-street. Maybe my random wanderings were not so random afterall. 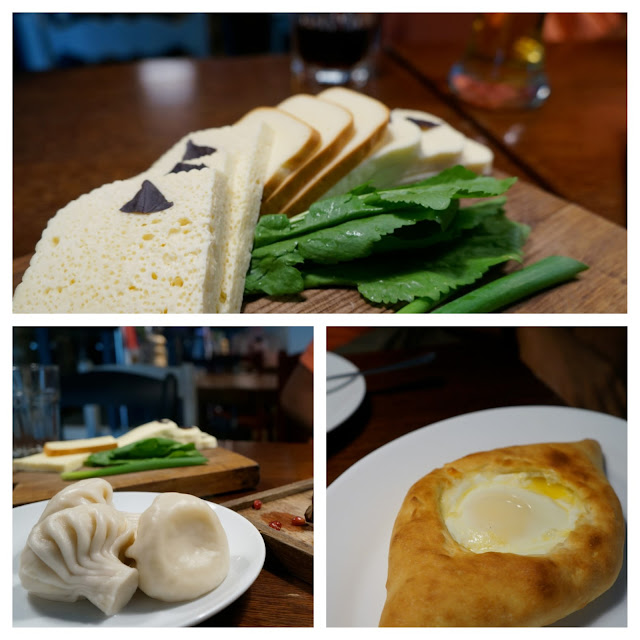 Khachapuri
An iconic Georgian bread apparently. The dough was light and airy with a crispy shell; perhaps a layer of cheese under runny yolk to give it the chewy, stretchy mouth feel. This was delicious.

Cheese board
I couldn't remember which is which, but I have to say Georgian cheeses are awful. One tasted like an acidic dry scourer, another wasn't dissimilar to a smoked eraser.

Khinkali - Dumplings with potato and cheese
No meal would be complete for Mister without some form of dumplings - whatever shape or size. These were the size of a baby fist and the knot at the top, called a belly button, was not supposed to be eaten. 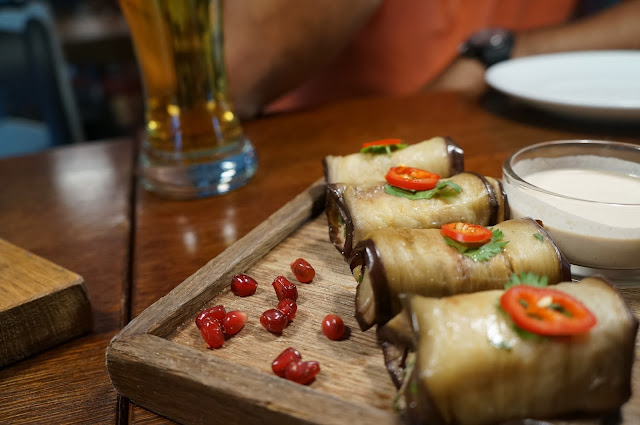 We finished with grainy, syrupy watermelons. And one of the best things about Khachapuri - they serve lambrusco!

Restaurant Kitezh
This cosy restaurant was tucked away on Petrovka Street, walking distance to Hotel Peter 1. We chose to sit indoor and the decor was very rustic and hunter-cottage-like, with their staff in traditional Russian attire. 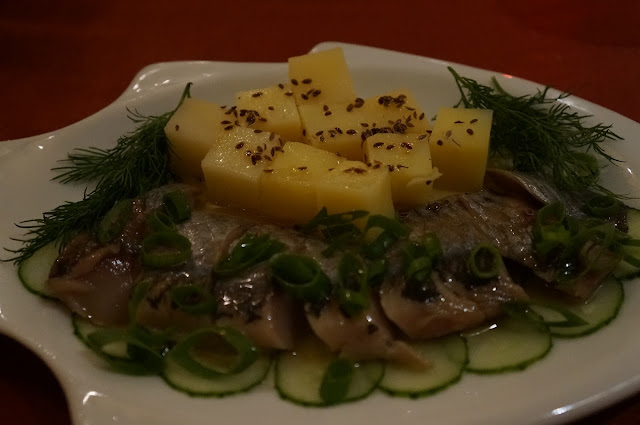 The lightly pickled herrings were delicious. 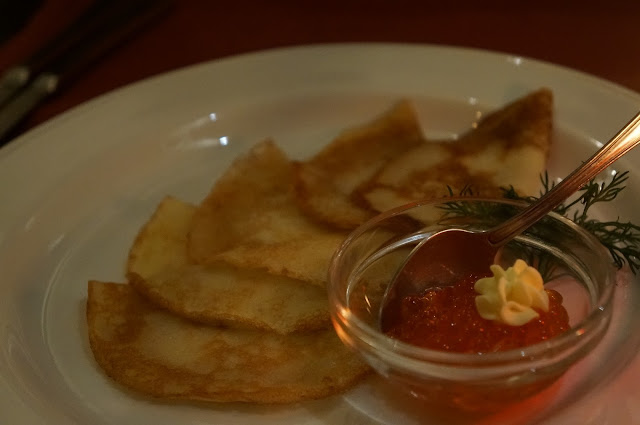 Ikura ikura.I love salmon roe and these thin buttery pancakes were perfect with these savoury gems. 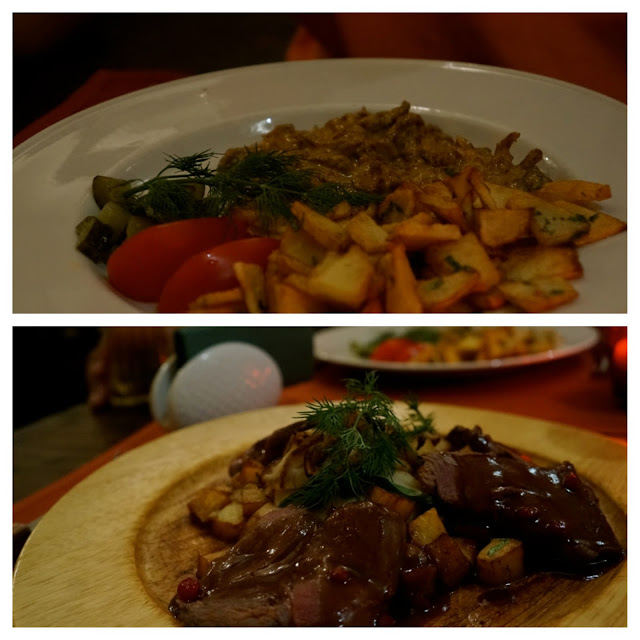 The meat dishes were very well done. Straganoff was creamy and structured flavours, unlike the gravy-sodden versions I was once served. The venison was tender and succulent, with well-seasoned potato cubes and a sack of mushrooms in middle. Delish.

I have genuinely lost count of the number of Pelmeni and Vareniki and whatever variety of dumplings that Mister had. They all taste the same, and Chinese do it so much better.

By choosing carefully, I don't think eating out was expensive at all. We were averaging £50 for 2 with 2 courses and drink (not wine). Considering our average bill in London equivalent is £90 for 2, I thought Moscow was pretty good.

We spent a day in Sergiev Posad. I think the adventure was in finding the suburban train station, then somehow buying the right tickets, and finding the right platform without knowing what Sergeiv Posad looks like in Russian / Cyrillic script.

The monastery was under heavy renovation, which meant I didn't get to appreciate its grandeur. And I cleverly wore shorts and a string top, so I didn't get to see the interiors either. Al least I was in fits of laughter when we went to Russkiy Dvorik, a very Russian restaurant on the main road. Don't get me wrong, the place was beautifully adorned, our waitress was absolutely stunning in her Russian doll outfit and we were seated in chairs that made me feel very royalty-like. It was just incredibly over-the-top and with Russian country music in the background, the experience was somewhat surreal. 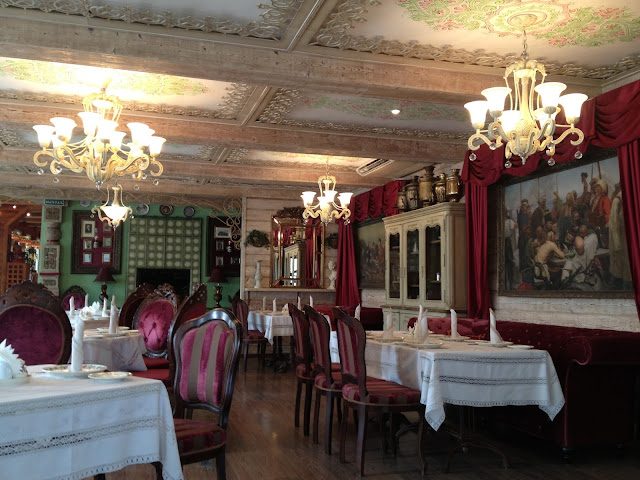 The food was excellent. We had veal pancakes, some lamb and pork Pirozhki (baked bun with fillings), traditional Russian cabbage rolls and a 'Julienne'. My favourite was the cabbage rolls; the meat inside was so juicy they must have packed a whole in it. 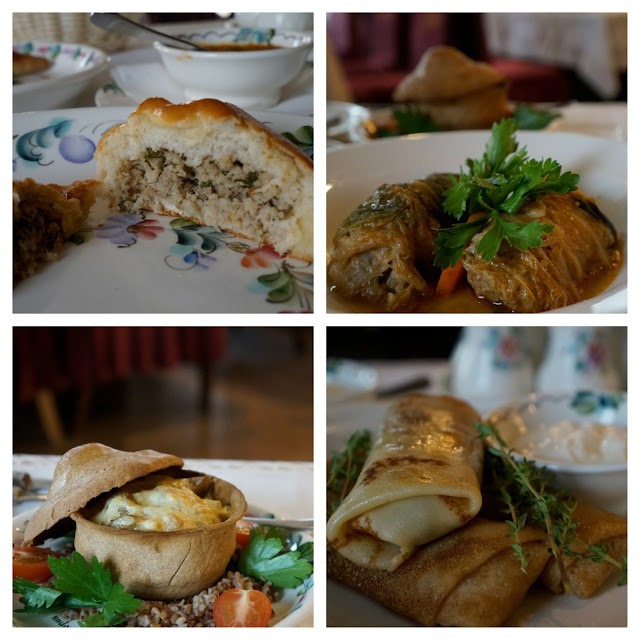 Moscow is massive. Everything in the city was supersized. An average road in the city centre had 6-lanes and the majority of crossings were subways. And the walks to the subway were pretty long. And despite the scale of most things, I love how Mister had to duck a few times in the subway - just the little details.
at 07:23