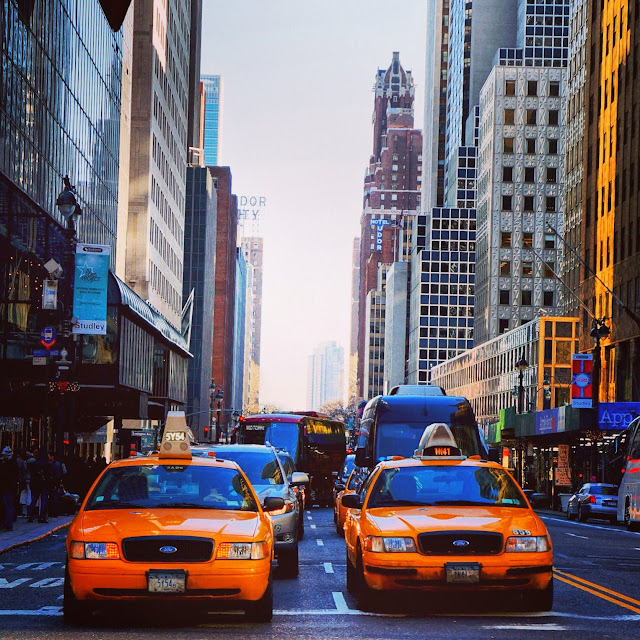 New Yorks offers a mind-blowing range of Chinese cuisine, from traditional, old school dumpling stalls to modern Chinese cuisine with creative recipes. Thankfully Mr V, aka the New York restaurant wikipedia, was never short of great suggestions around the city. Since we were spoiled for options, our only problem was to pick from a 'shortlist' of 30.

Mister loves dumplings. If we bear this fact in mind, it would explain a lot about how we choose from the menus. 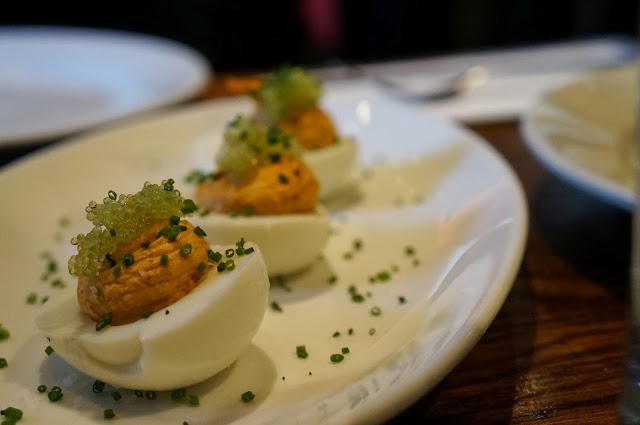 Kimchi deviled eggs chive, wasabi tobiko shows off its modern touch of fusion. The cooked yolk was whipped to a fluffy mousse with kimchi seasoning to penetrate the flavours into an otherwise dense mass. It was a refreshing start. 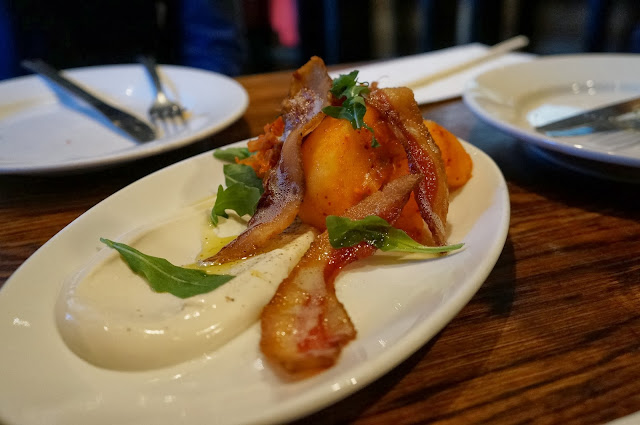 Honey crisp apple kimchi maple yoghurt, bacon, arugula - this was my favourite dish, it may be due to my recent re-addiction to kimchi. The sweet chucks of apple coated with sour and spicy kimchi seasoning, paired with the thick, creamy yoghurt and streaky bacon were beautifully balanced, it was a dish with all five flavours in perfect harmony; not to mention how the apple crunch, bacon crisp and yoghurt smoothness worked like magic. 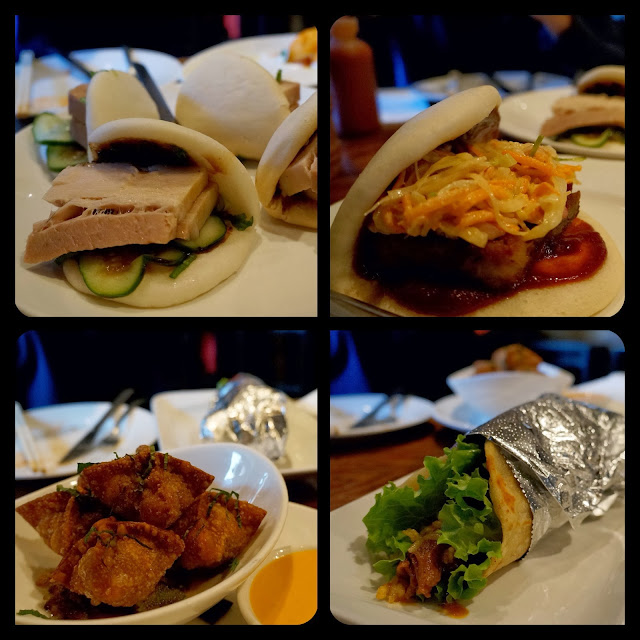 Steamed pork buns pork belly, hoisin, cucumbers, scallions & BBQ buns were one of Momofuku's signature dishes. Despite the seemingly pale hunk of pork, there was plenty of hoisin sauce to gel the veg and melty meat together inside the pillow-soft buns. Easily beats Flesh & Buns in London, simply because there were more meat with more flavours and more crunch. Fried duck dumplings romanesco, sriracha mayo were a new experience for us. While I loved the strong gaminess of the lump of duck, and the brittle crispiness of the shell, I thought there could have been a bit of veg with the duck to relieve the density of the meat. Lamb ssam flatbread, cucumber kimchi, sesame - was a very pleasant surprise. It was so much more than a wrap, the shredded pieces of lamb held the sesame sauce well with subtle streaks of fat to retain the distinctive flavours. Together with the crisp-edged flatbread, clusters of sauce-soaked rice and pickled veg, it was a delicious ensemble. 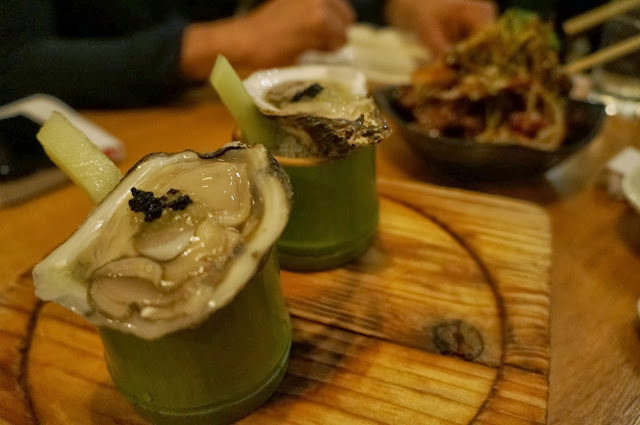 This restaurant near Christopher Street PATH station was so brilliant that we visited twice in 5 days. Honestly Mr V didn't have to do much to sell this, as soon as he mentioned it serves great dumplings, Mister wasn't going to pass. 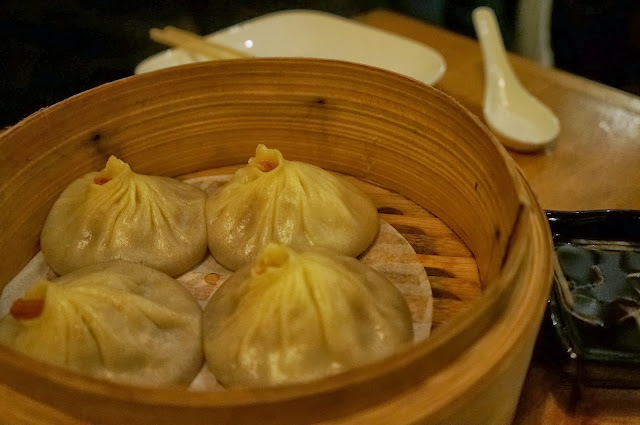 Some highlights include Blue point oysters with lemon-yuzu were excellent, served with a sweet stick of melon; the fresh morsel was crisp and clean with minerals that went well with the refreshing citrusy dressing.  Pork & Crab Soup Dumplings (Xiao Long Bao) were to die for. Even compared to the renowned Ding Tai Fung in Taiwan, I would still rate this with its most flavoursome soup in the sac. 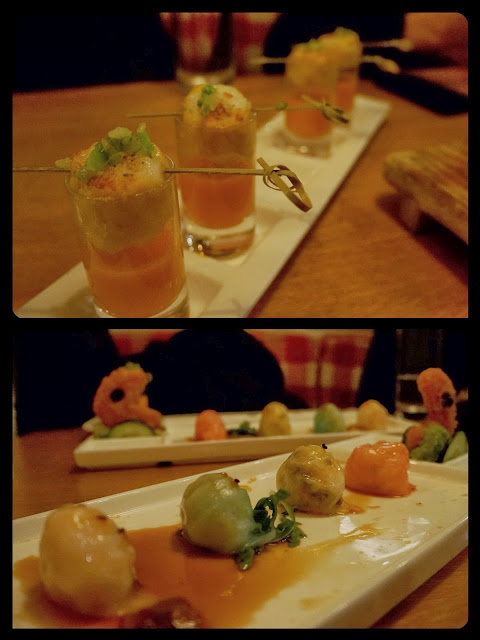 Shu Mai Shooter, Scallop & Squid Dumplings with Carrot Ginger Bisque was very interesting despite not an avid lover of shu mai. I think it was the plump, bouncy scallop that made the difference, with subtle, fragrant heat from the ginger shot. The Pac-man shrimp dumplings also proved to be a highlight, with the addition of lobster, crab, mushroom and leeks in individual dumpling. More importantly the shells had the perfect springy chew, with the sweet, bouncy shrimps, seasoned beautifully. Winner. 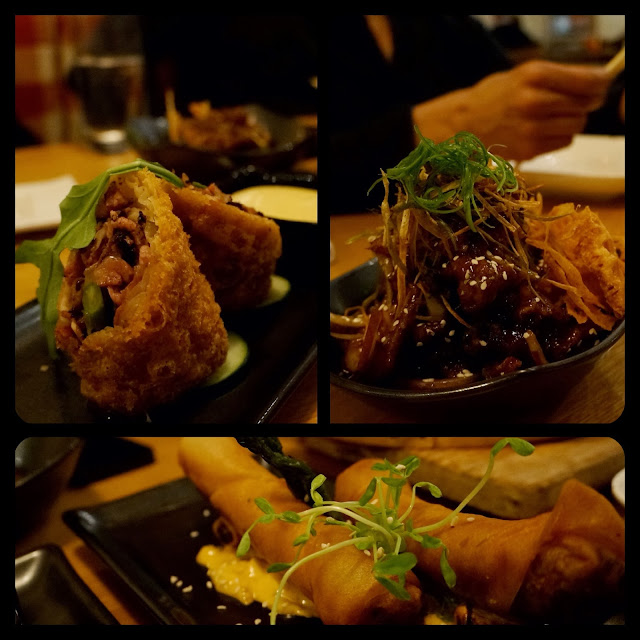 There were other innovations that we thought had a modern twist to them, and worked well, such as Katz's Pastrami egg roll, which was a giant variation of a spring roll, generously packed with tender pastrami and crunchy veg; Pan-fried lamb dumplings were strong in the milky lamb tang, but I would have preferred a bit of crunch to go with the juicy meat; Spicy Crispy Beef sounded so simple, yet the kitchen achieved the perfect crisp on the batter that clung onto the honey glaze, without losing the meat's tenderness; oxtail spring rolls, steamed lobster dumplings, crispy duck and crab dumplings served with green curry... the list is endless. 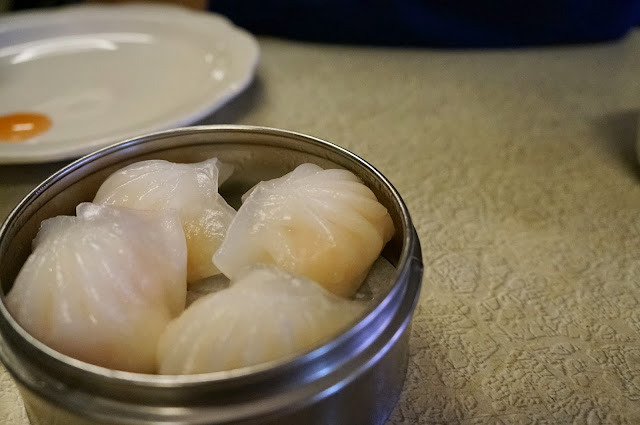 I was so impressed by the China Town in New York. It was exactly like Hong Kong 30+ years ago, cramped with dingy grocery stores, old-fashioned dim sum parlours and dimly lit electrical stores and tiny food stalls. Compared to the constantly renovating pretty restaurants in London China Town, this area is somewhat more authentic and heart-warming.

The list of dim sum is extensive in Nom Wah, and judging from the constant queue at the door at 3pm on a weekday, it must have a reputation to live up to. I believe nostalgic would describe the restaurant quite aptly. 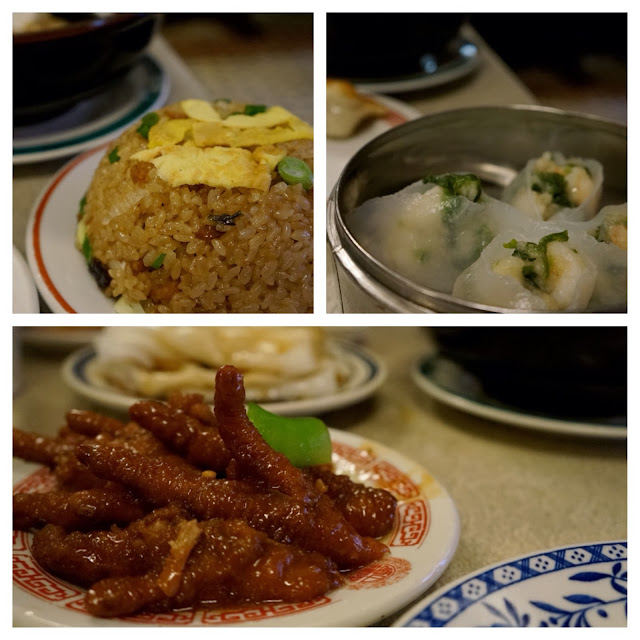 The har gau and snow pea and shrimp dumplings were particularly well done, but I must admit the xiao lun bao were nowhere near what Red Farm offers, I mean these ones at Nom Wah were miles off. The glutinous rice with chinese sausage and chicken feet were very close to home. Though the other dim sums weren't as impressive, I'd say they were good enough as a fix, and more importantly it's insane value for money.