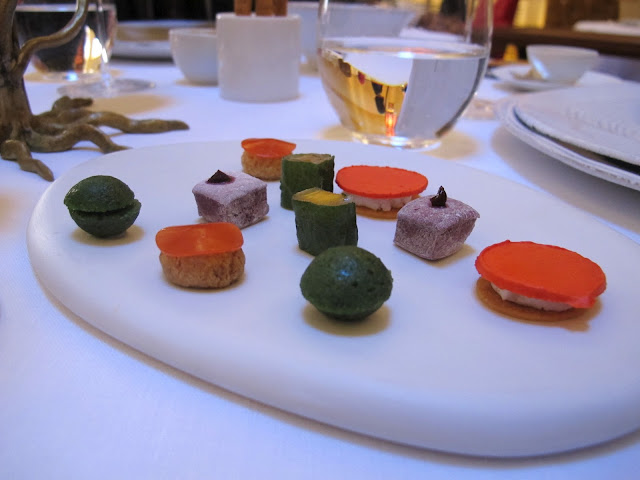 Brought my folks there for some pretentious lunch. I’m keeping this short; already wrote too much about our love at first sight during my first visit. Don’t want to get too emotional… 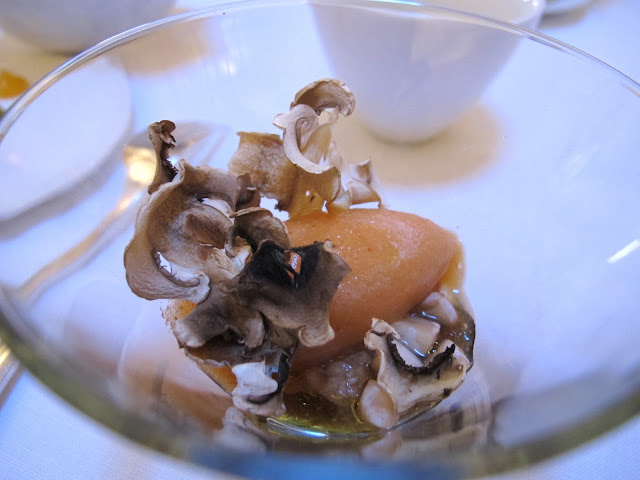 This was weird. Like 50% pleasantly weird and 50% pure oddity. First met the tongue was coldness, and then the familiar apple sweetness but that quickly vanished as it was taken over by another familiar savoury something, followed by pure mushroom air. Finally ended up with spices that left a trail of heat. None of the flavours described above merged; they distinctive came and went one after another. Can’t it was delicious, but definitely interesting. Dad looked very confused. 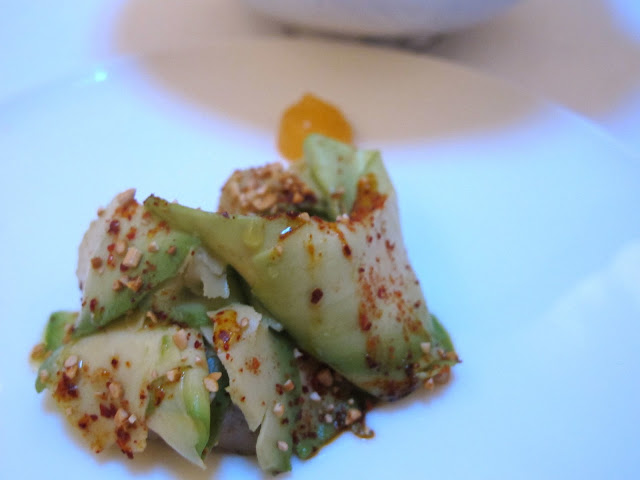 Ah my favourite fish, melted amidst the thin slices of ripen avocado for mega richness, contrasted by sprinkles of spiced crunchy rice. I left the grapefruit blob on the side, didn’t like the bitterness that clashed with the ultra fishy mackerel. 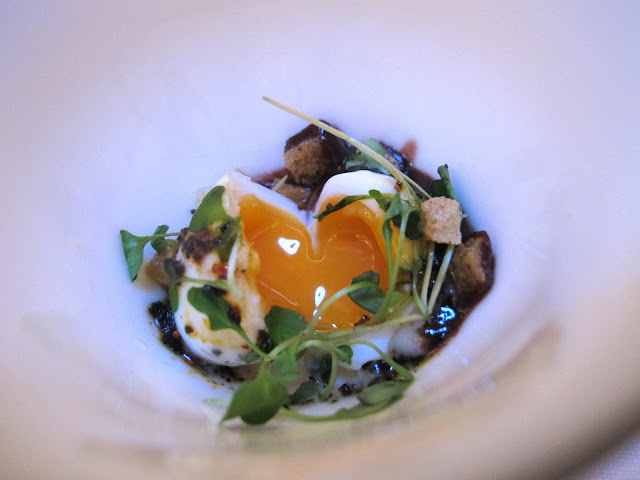 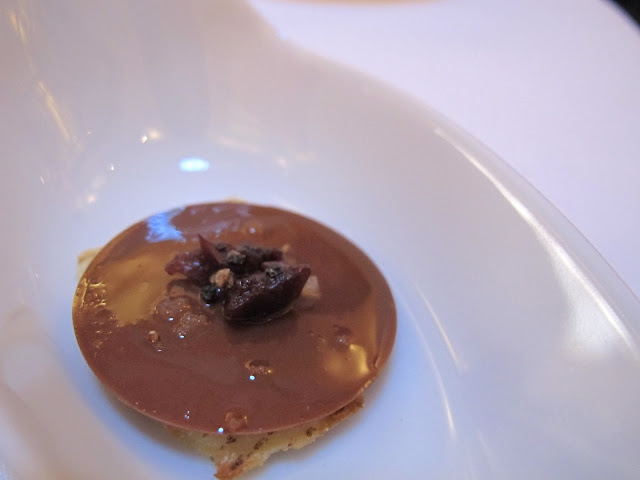 And yes – just as good as last time. 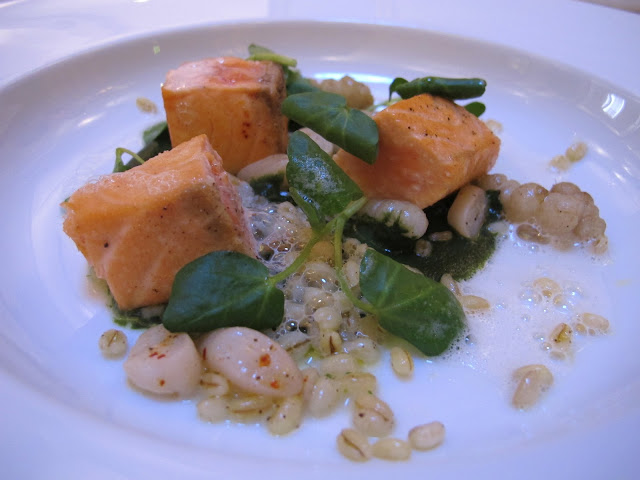 And the little cubes of salmon were so good; mostly raw in the middle, just lightly but evenly seared on all sides. The balance between the silken texture in the middle and the fishy flavours brought out by the searing was spot on. The chewy pearl barley absorbed the oceanic goodness from razor clams, oozing with flavours… 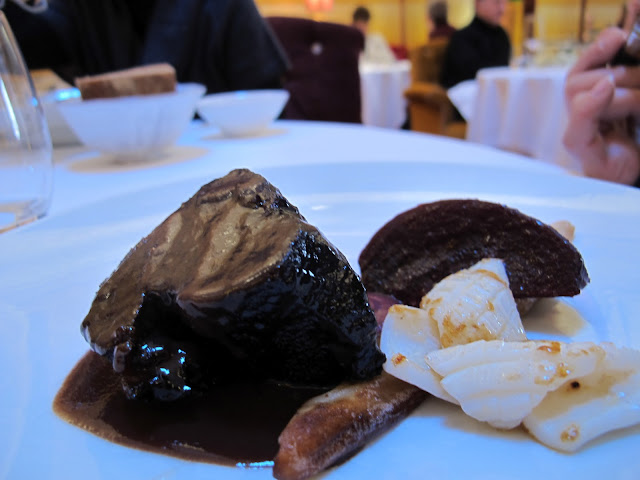 I only tried a small mouthful; this black, rock-lookalike was deceivingly tender and succulent, wedged with semi-solid softened tendons. 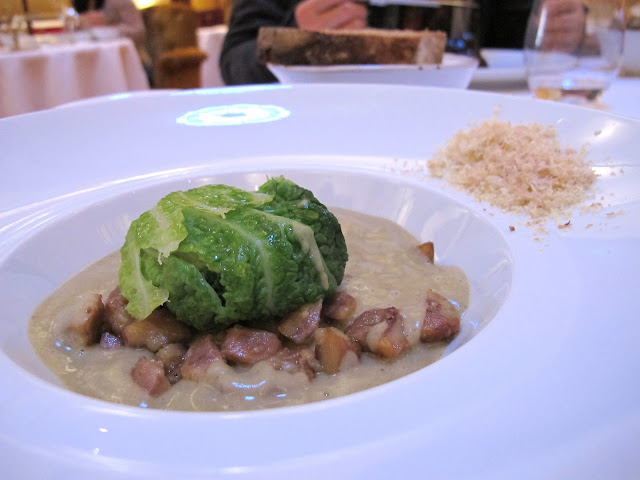 This didn’t quite rock my boat, probably because it was lacking an element of surprise. The cabbage cream was exactly that, dense, velvety cream of cabbage; and chestnut soup a lot of crumbled chestnuts. Though possibly the best chestnuts we could find, it was just chestnuts. That said the sorbet on the side was an absolute delight, refreshing with various mild citruses layered one after another. 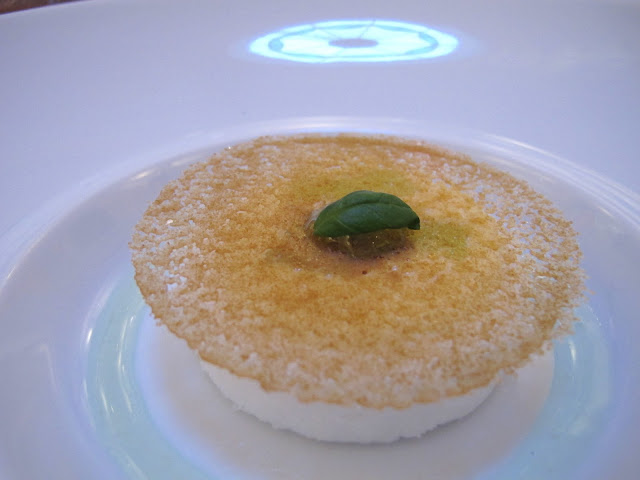 I never thought I’d say this, but this was unbelievably terrible. The pale green gel around the mousse looked like fairy liquid, and tasted like fairy liquid with concentrated lime juice. The mousse itself was face-twitchingly sour and together with the fairy liquid they'd make the next gastro-weapon. The only bit of the dessert that contained sugar was the thin lace of wafer sitting on top of the mousse, and trust me it wasn’t nearly enough to sweet things up. 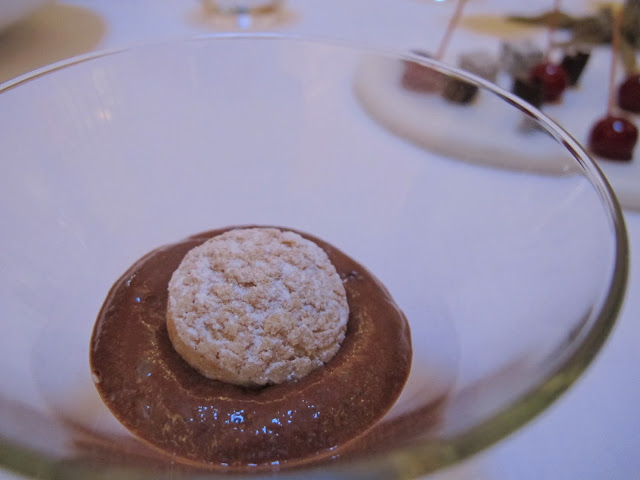 But this was fine. The ice cream centre was delicious with the light chocolate mousse.
The disaster with one of the desserts aside, I do love this place…


You may also like: Pollen Street Social, Launceston Place