Arabica Bar & Kitchen - Only in Thought So after 8 days of Israel and Jordan, it looks like I didn't get enough of hummus and chickpeas and decided to hit the newly opened Arabica Bar & Kitchen in Borough Market. Maybe it was my way of extending my holiday. 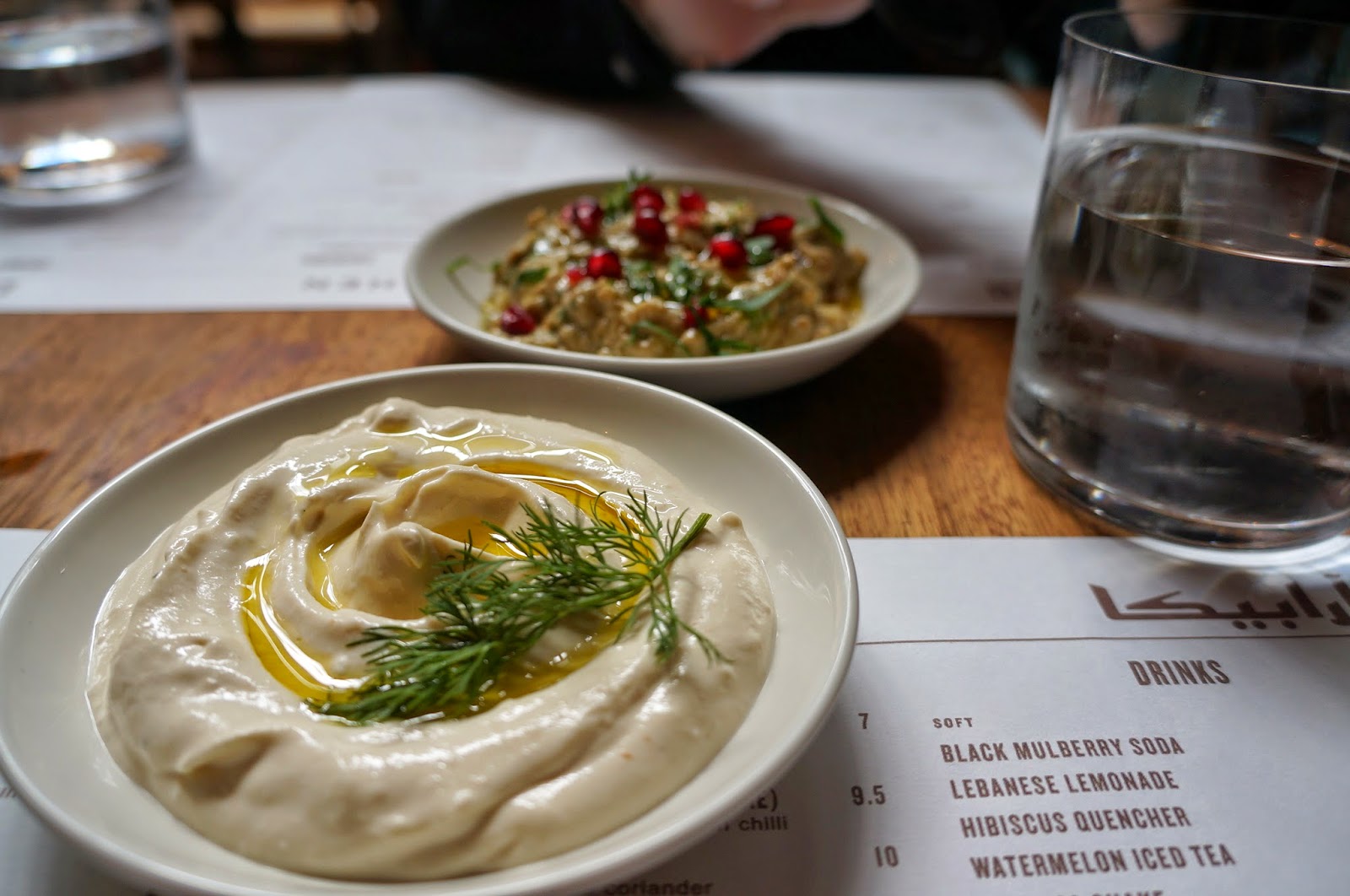 We ordered a couple of dips to nibble on while we were deciding on what else to order. Although I was pretty hummus-ed out, I did grow an addiction to this smokey aubergine and tahini mix. It was nowhere as good as what we had in Jordan, wasn't smoky enough, the aubergine flavours were too subtle and the sesame aroma didn't come through. Quite disappointed. The tamara dip was better; it was just like taramasalata. 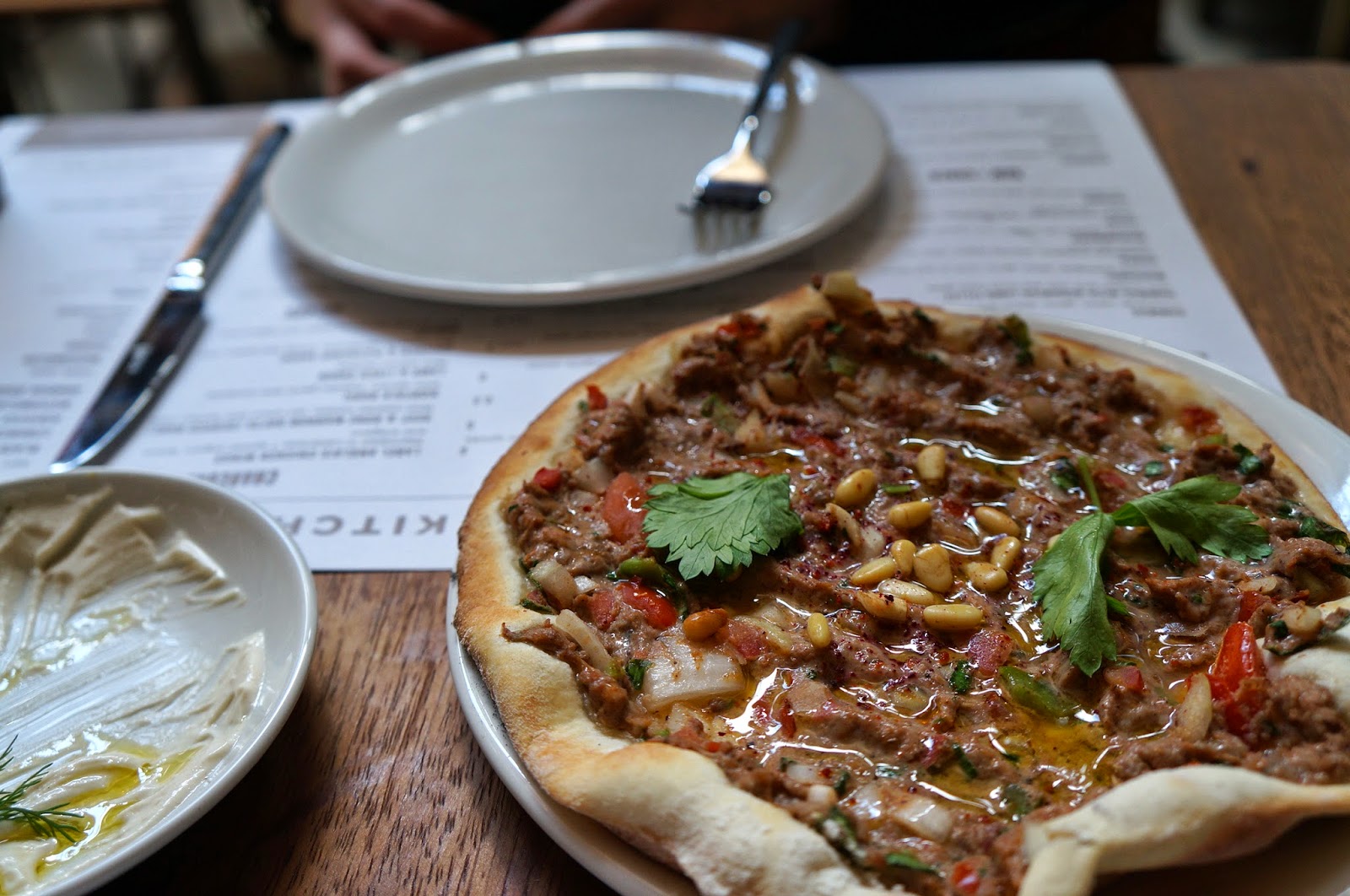 It was the first thing Shan spotted on the menu. I think I had something similar in Turkey, like a mini pizza, except the ones we had in Turkey were twice the size and double the meat toppings. The flat bread could have been better with a lighter and crispier base, this was quite hard and dense. The spiced minced lamb was good though, plenty of meaty fragrance from the grease. 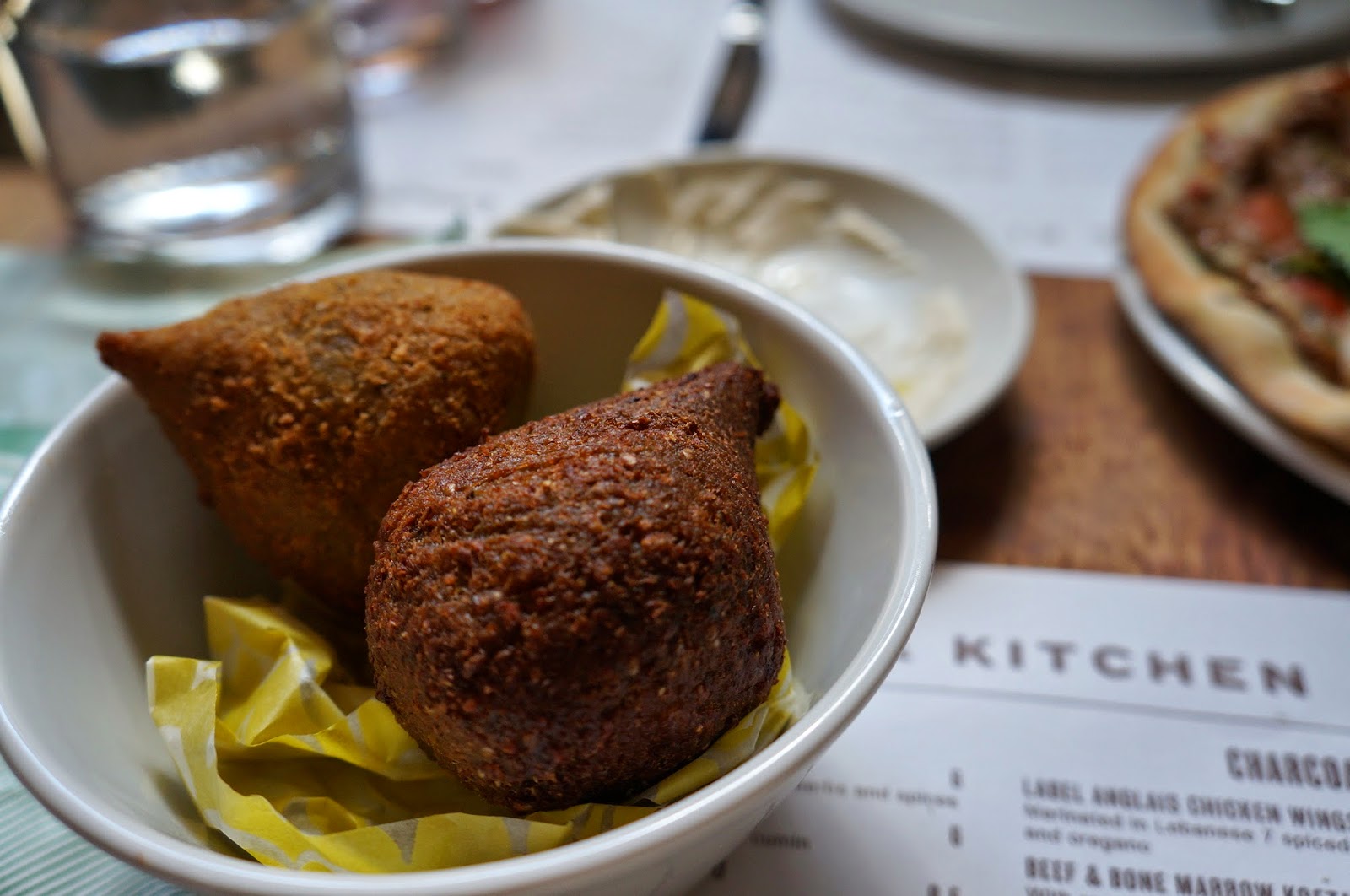 The croquettes were really well made, the potato layer was just thick enough to give it substance without overloading it; both the lamb and spinach fillings were succulent with some good chew from the nuts and veg 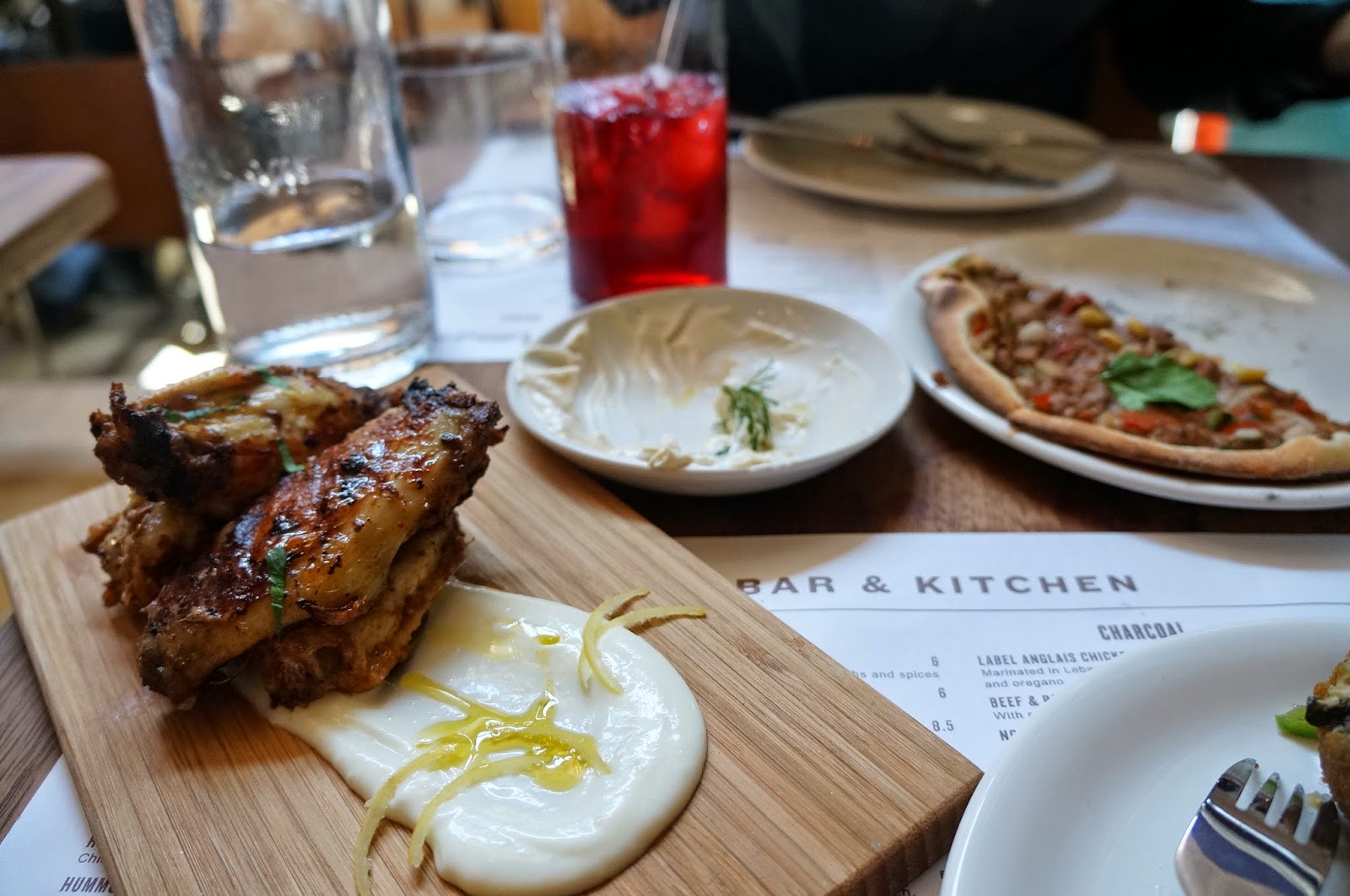 I thought the chicken wings were the best of the lot, probably because I really like wings. The skin soaked up the marinade and the combination of spices was balanced, the meat was soft and tender but overcooked to fall off the bone. The yoghurt smear on the side helped to cool the spices and kept the dish light and refreshing. 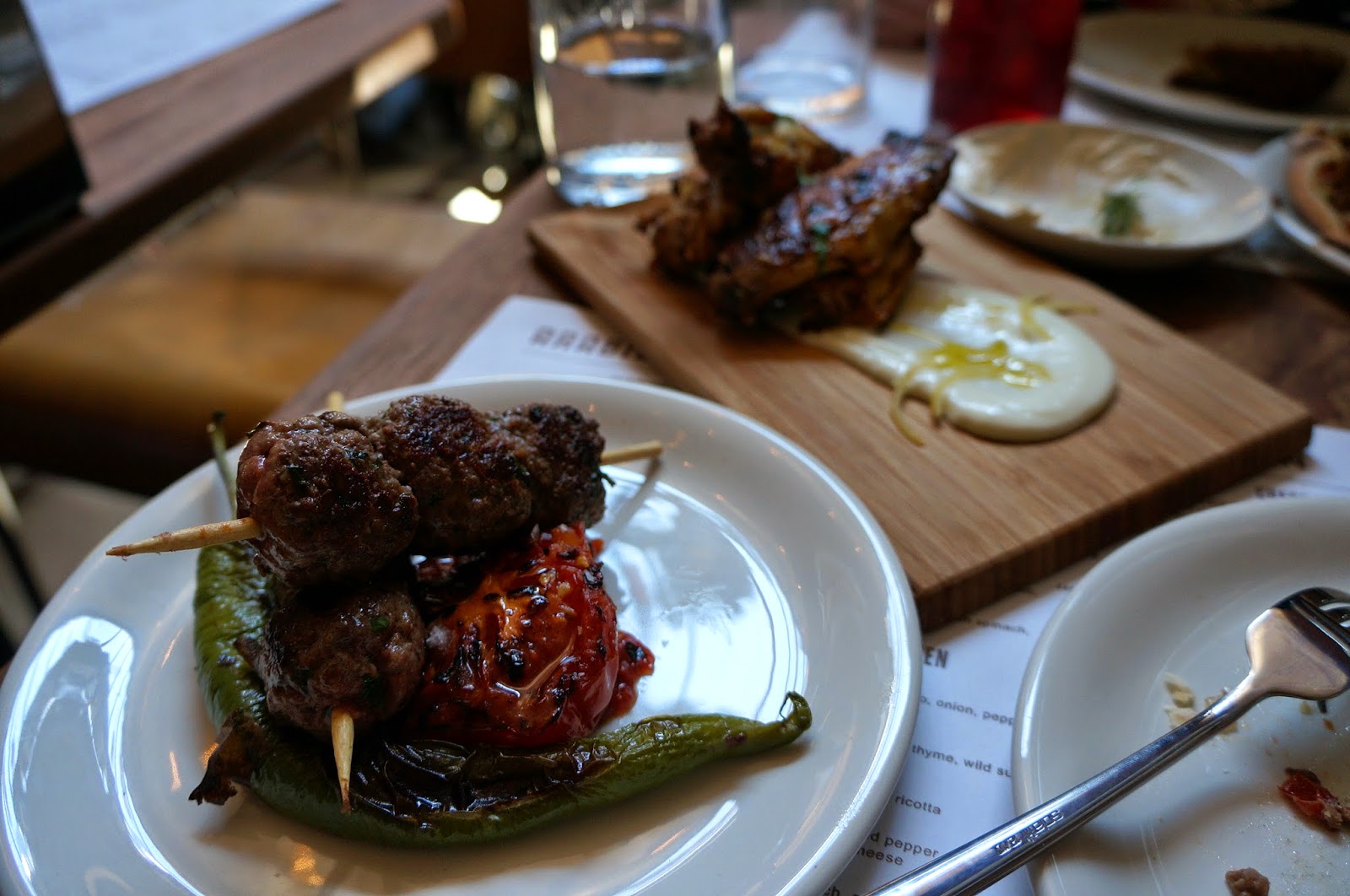 This was supposed to be a signature dish and turned out to be the biggest disappointment. First of all, it wasn't served rare; there was perhaps a trace of pinkness in the middle of the meat balls, but pretty sure the beef was cooked through. This dried out the meat, and the texture was grainy and rough on the mouth feel. Then we couldn't spot the bone marrow in the meat, there was no bovine fragrance, no buttery richness, just a ball of dry mince. The seasoning was also lacking, and we ended up dipping the meat balls into the yoghurt from the wings. Meh.

We didn't stay for dessert. Though Shan and I could really do with some knafeh, we weren't really impressed by any of the dishes we had today. I was very underwhelmed by Arabica Kitchen & Bar. Perhaps the cuisine tastes better when I was on holiday, perhaps the food has lost its authenticity here or the kitchen just wasn't strong enough. Moreover when I have been paying 2 pounds for some great quality hummus in the MIddle East, I find it somewhat hard to justify paying 4.5 for something half the quality and quantity. I might just stick to their baklava at the stall in the market.