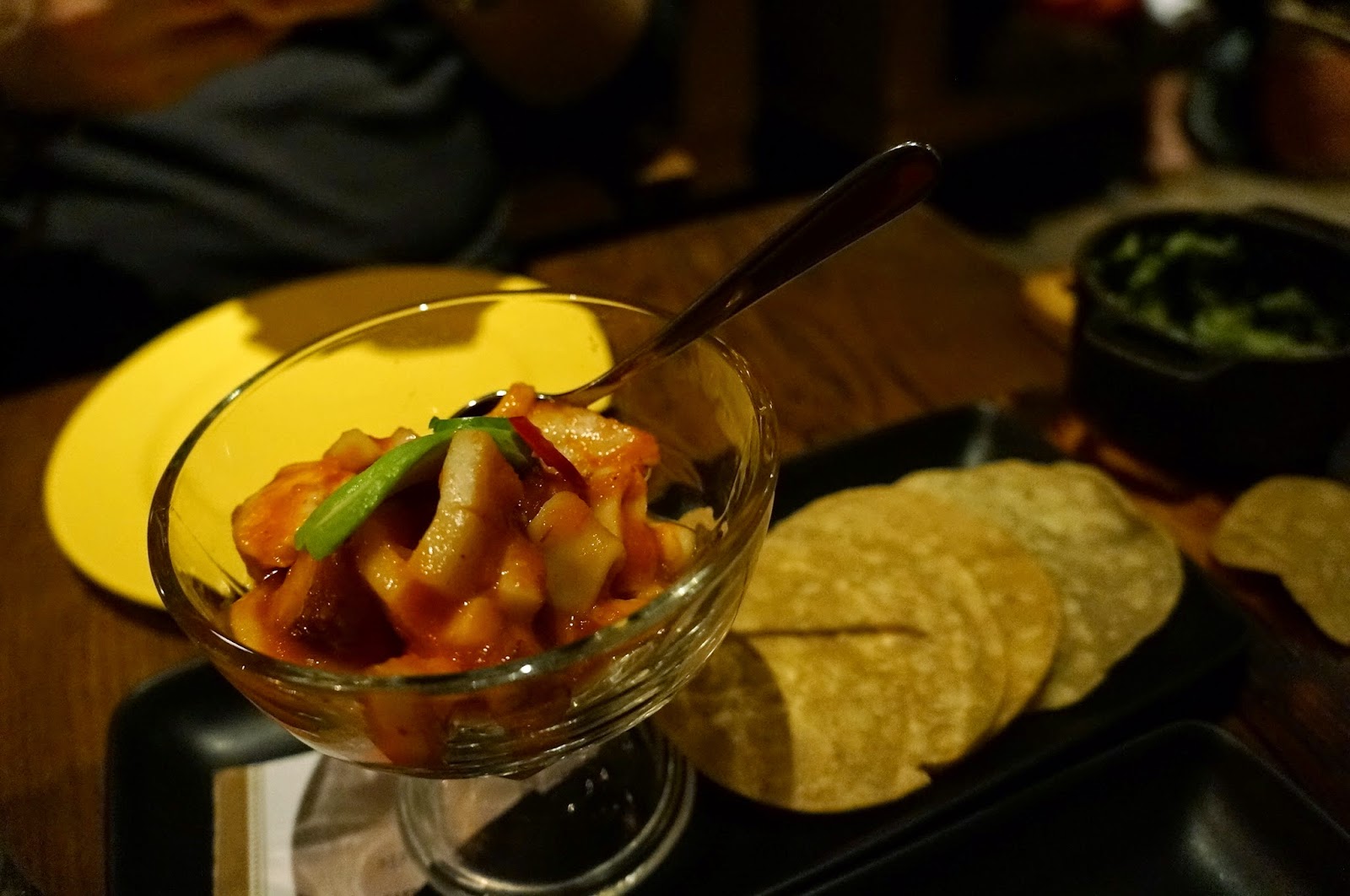 La Bodega Negra managed to keep the heat on since its opening a couple of years ago. I had it on my radar, but the girls and I had dinner at the café when it first opened and we weren’t convinced; my trip to Casa Negra in Hoxton was no better. Perhaps the main restaurant is the real deal? My date did pretty well to pretend to be intimidated by the entrance and decided to stay well away from the sex shop neon signs until I escorted him in.

Our super cheerful server greeted us and suggested we start with some guacamole. I had a Watermelon Lush cocktail which was sweet and fruity. After our server came back to check on us 5 times, we ordered dishes from each section of the menu. 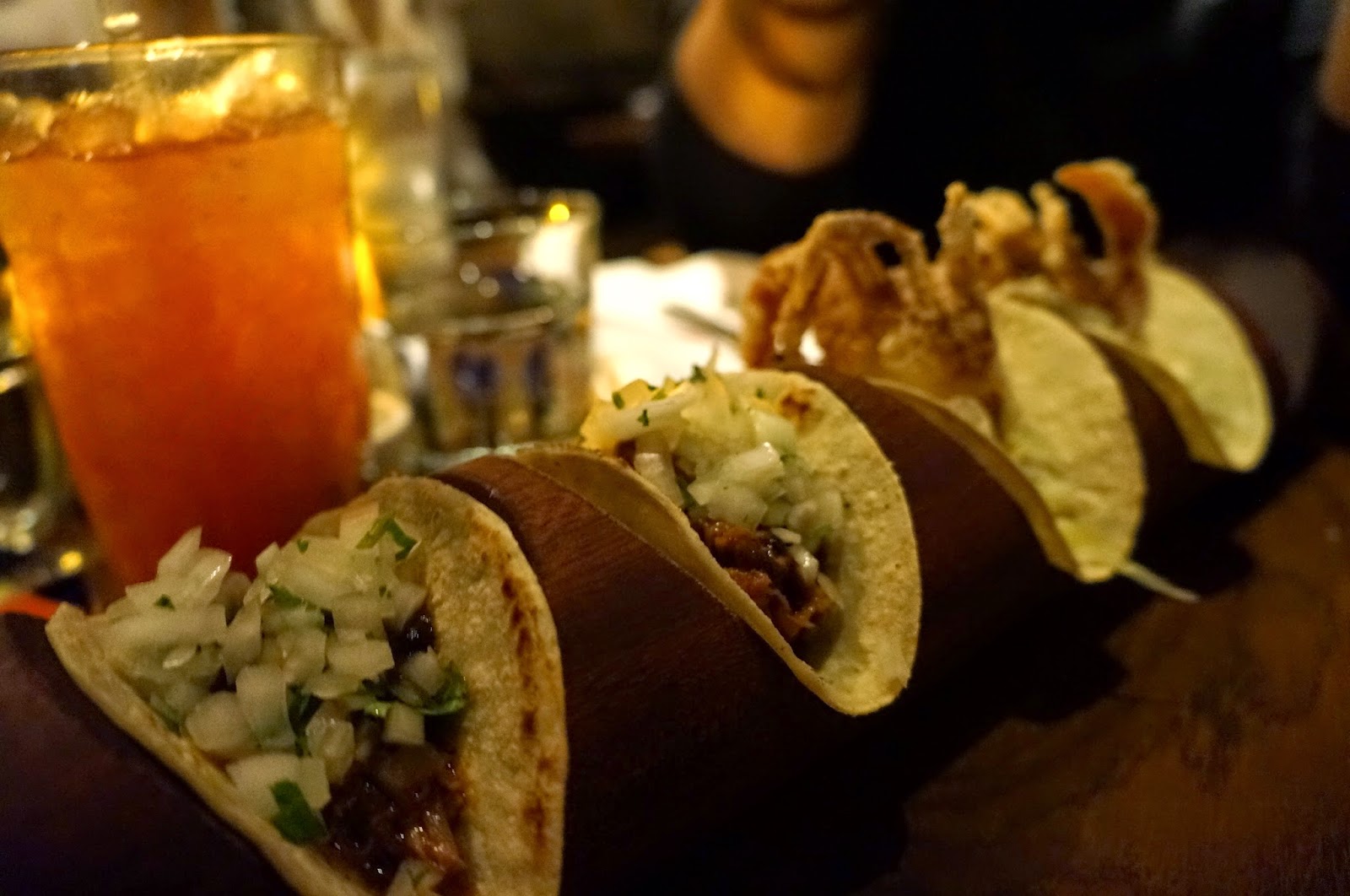 The lamb salsa tacos were quite good; a small pile of shredded pulled lamb that held the mild sauce well, wrapped in a thin, soft tortilla. The soft shell crab, however, was extremely salty. It wasn’t just an extra pinch of salt that didn’t spread properly. It was more like the chef suffered moments of Alzheimer’s and decided to season the poor crab multiple times.

I like raw food, and I usually like ceviche as long as it’s not too sour from the lime juice marinade. It's supposed to be a refreshing, summery dish; this ceviche was dressed with a thick salsa that tasted like tomato pasta sauce from a jar. The seafood itself was fine, diced to a decent size for good bounce and chew, but it could do with some crunch from chopped onions and similar veg; but the flat dressing was undoubtedly the biggest downfall. 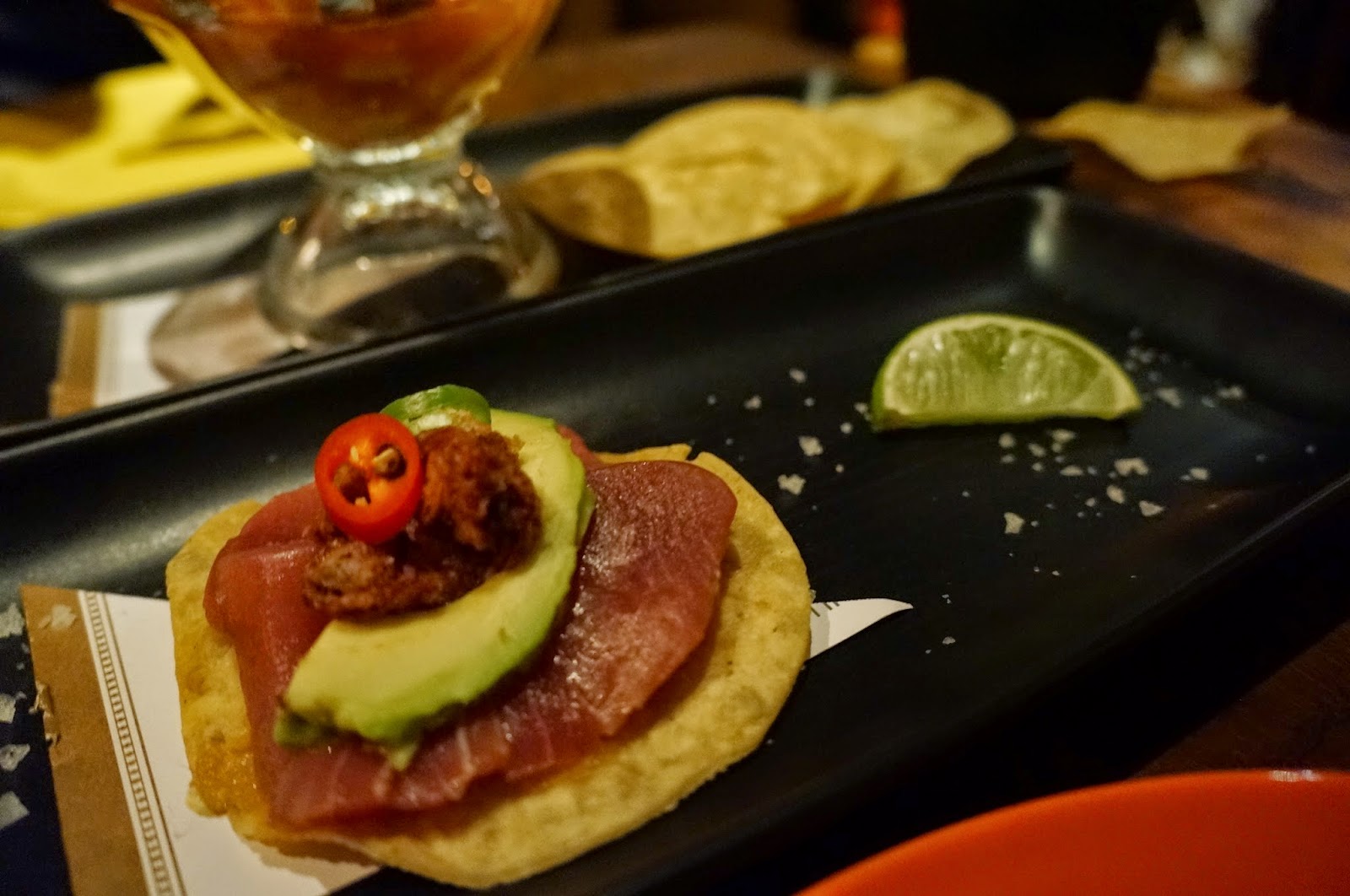 In short, it was awful; it has I-don’t-give-a-shit written all over it. A hard disc of tortilla, topped with a slice of tuna sashimi, slice of semi-ripe avocado and a lump of chilli paste. Did anyone think this through? The hard disc of tortilla destroyed the smooth, silky textures of the raw fish; the pungent chilli paste killed the delicate fish oils and flavours; the entire ensemble was terrible. 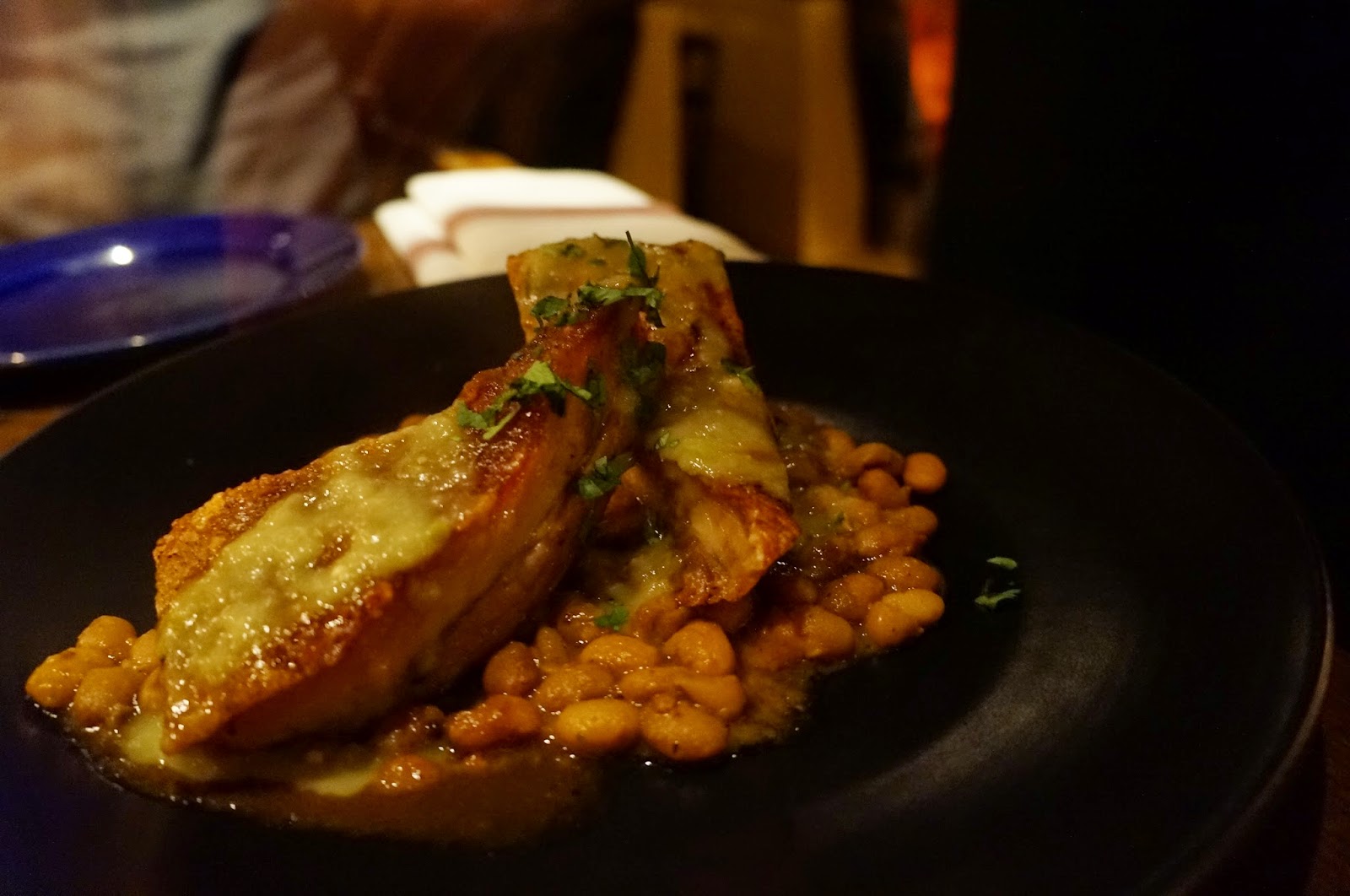 We opted for the non-spicy version. The belly was alright, not too fatty and was slowed cooked to tenderness, soaked up the flavours from the mild salsa well. The pork crackling, however, was a hazard. It was unbreakable. I’m guessing the thick pig skin was pre-deep fried and left to cool before it was reheated with the beans and salsa, hence the texture of an oil-drenched cardboard. Oh and I don’t like beans.

It’s obvious La Bodega Negra didn’t win me over. While the ambience of the restaurant was playfully intimate and the cocktails delicious, the food was simply not up to scratch. One would expect a Mexican restaurant to get the basics right, yet the kitchen here can’t even control their seasoning, not to mention the sloppy cooking in general. Maybe I prefer the simple, dirty street Mexican food that is bursting with bold flavours and flare, and this gimmicky “semi-fine-dining” setting is simply not my scene.