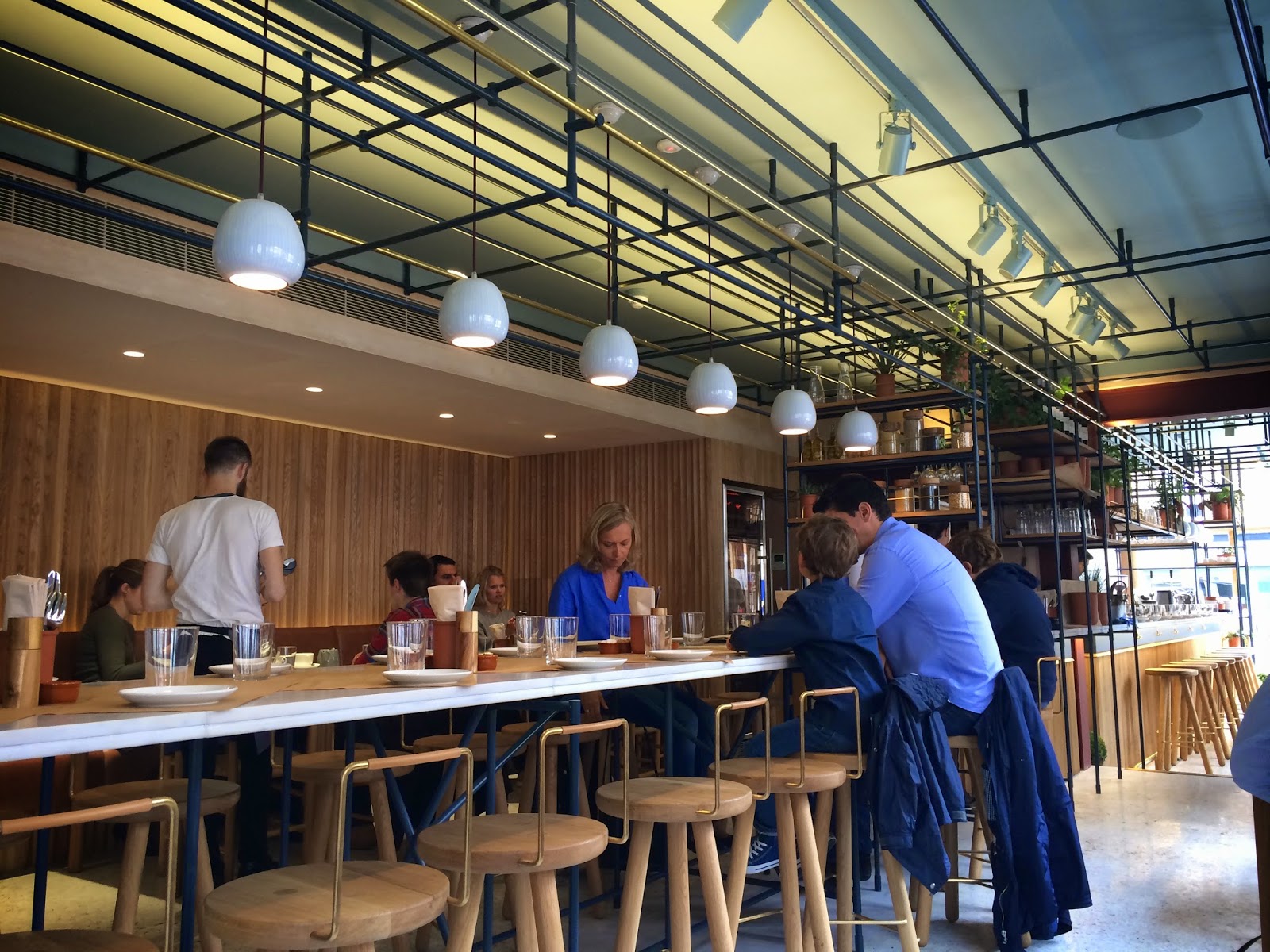 It’s a miserable Sunday morning; it’s been pouring for hours and I have been woken up way too early by the arrhythmic drumming of raindrops. Grrr. At least I had brunch to look forward to.

It’s not really clear what Opso does. The décor suggests it’s a café with a larger communal table in the middle surrounded by smaller ones dotted around it; the menu suggests something more ambitious with a mixture of small plates, brunch dishes and meaty dishes. Our French server explained the dishes were inspired by Greek cuisine and modern touches.

We started with a couple of pink smoothies (strawberry & greek yoghurt) while I was trying to make sense of the menu. 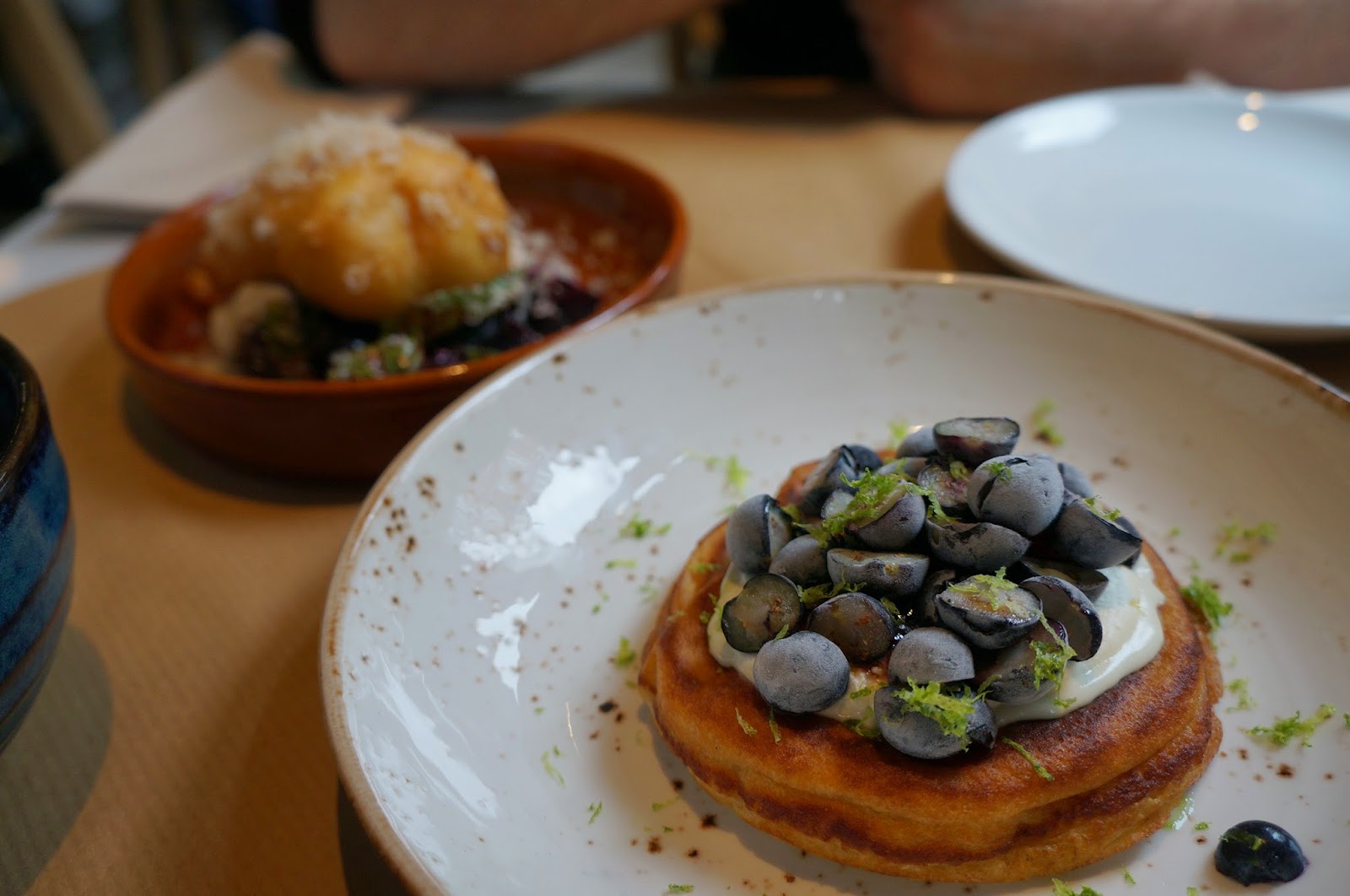 I don’t usually have pancakes for brunch, but this was quite pleasant – fluffy and buttery, not too sweet or heavy with the cream cheese. The frozen blueberries, however, were odd. Odd in the sense that the frozen fruits were brittle and icy, and it clashed with the softness of the pancake. The fruity sweetness was also destroyed by the freezing, so it was like having citrusy crushed ice on top. I wasn’t a fan. 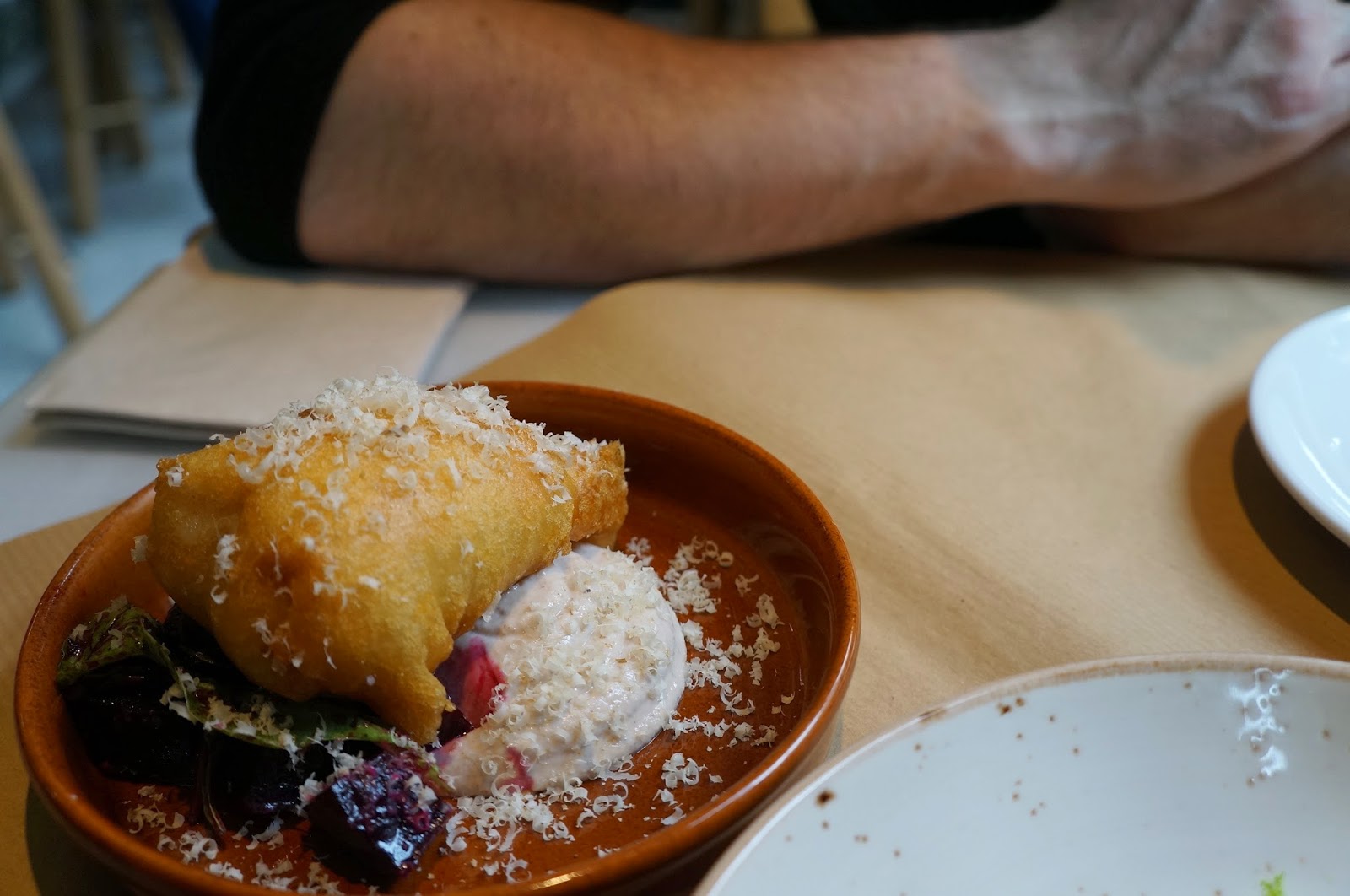 Mister said skodalia is supposed to be a very strong, pungent garlic sauce - the kitchen here has definitely toned the garlic down to what resembles a garlic aioli. The cod fillet was fleshy, succulent and slithery, wrapped in a thin, greaseless batter. The subtly sweet beetroot cubes added another dimension to the dish and worked surprisingly well with the creamy sauce. Good dish. 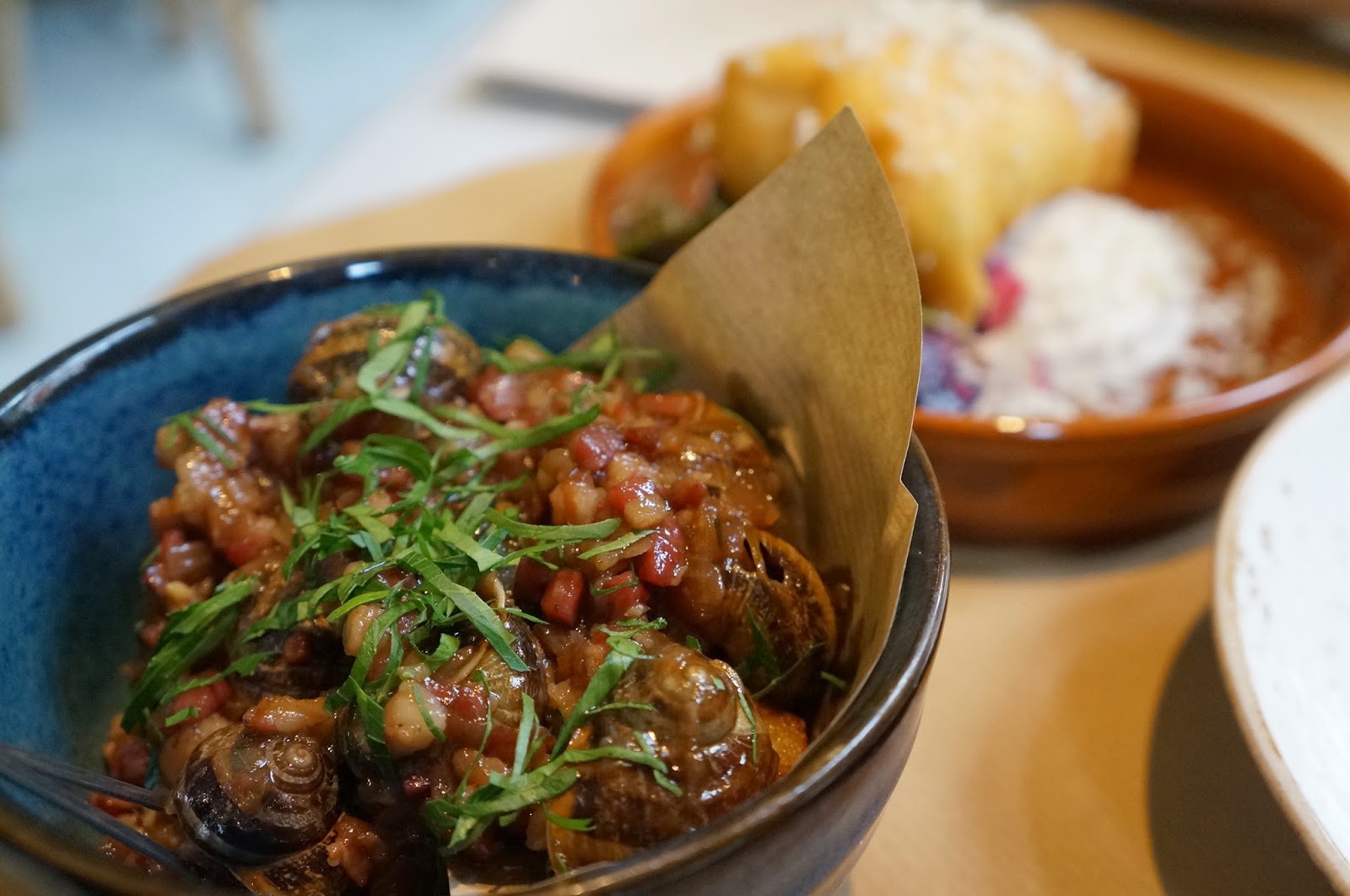 I’m an avid lover for snails; I have to order it when it’s on the menu, despite Mister’s disapproving frown. That said he did show me the most gourmet way to suck the snail morsel out of the shell by cracking a hole at the swirly bit at the top. How come the French never showed me this?

The snails were absolutely delicious, squidgy and bouncy with an earthy tone, laden with a meaty, savoury sauce and bits of bacon. The only criticism is the amount of oil in the dish that drenched the potato cubes to a scary sogginess, could have been more light-handed.

I enjoyed Opso. The dishes had interesting combination of ingredients; some worked better than the others but full marks for trying. I still couldn’t put a finger on what kind of restaurant Opso aims to be, perhaps Greek dishes with a British twist, or modern European dishes with a Greek touch? It didn't matter - I would come back for a late morning / afternoon snack if I happen to be in the neighbourhood.