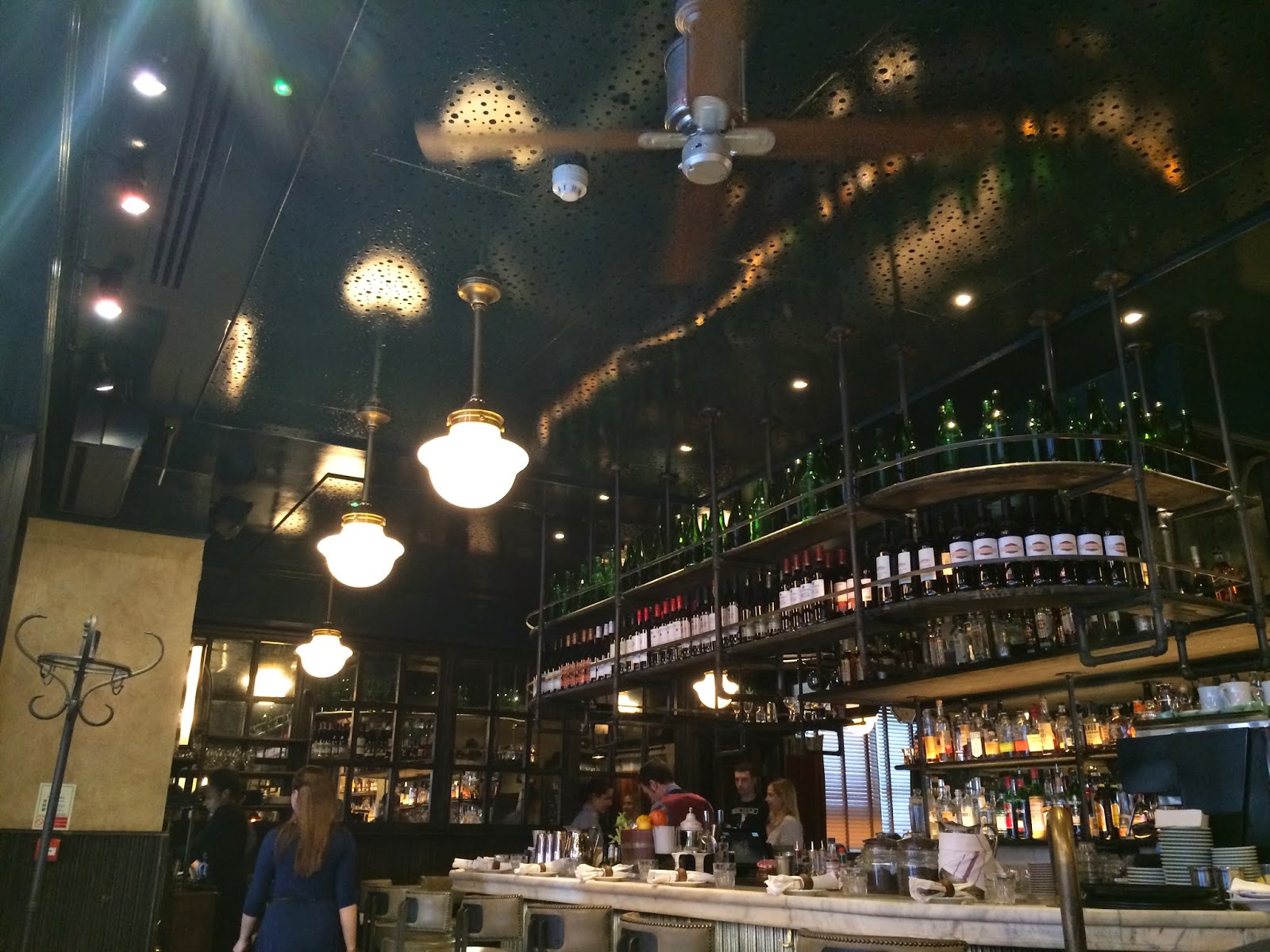 It’s one of those Saturdays; I have been up since 8am, made some breakfast and been lounging around until we decided to join the crowds of summer sale late afternoon. I hate shopping; to delay the stressful experience of being assaulted by prams and shopping bags, I suggested grabbing a bite to eat in Soho first. It’s been a while since I visited Spuntino, but then caught sight of the small wooden sign of Jackson + Rye. No queue at 3pm – I’m game.

I went for the classic Bloody Mary; his J+R Mixed of Pomegranate, orange, pink grapefruit was very refreshing with pleasant bitter-sweetness. We wanted to keep this meal light, so just got a few appetisers to share.

Jalapeno Cornbread with Sour Cream & Spring Onion
I may have lost the photo of the cornbread. It arrived in a small iron tray, with the sour cream on the side. Personally I think it’s the best cornbread I’ve tasted in London. Unlike Barnyard, it doesn’t have niblets of corn, but the sweetness is also less overpowering. This bread was moist and soft with the perfect density to give it enough spring without losing substance. The fragrant spring onion sour cream worked very well too. 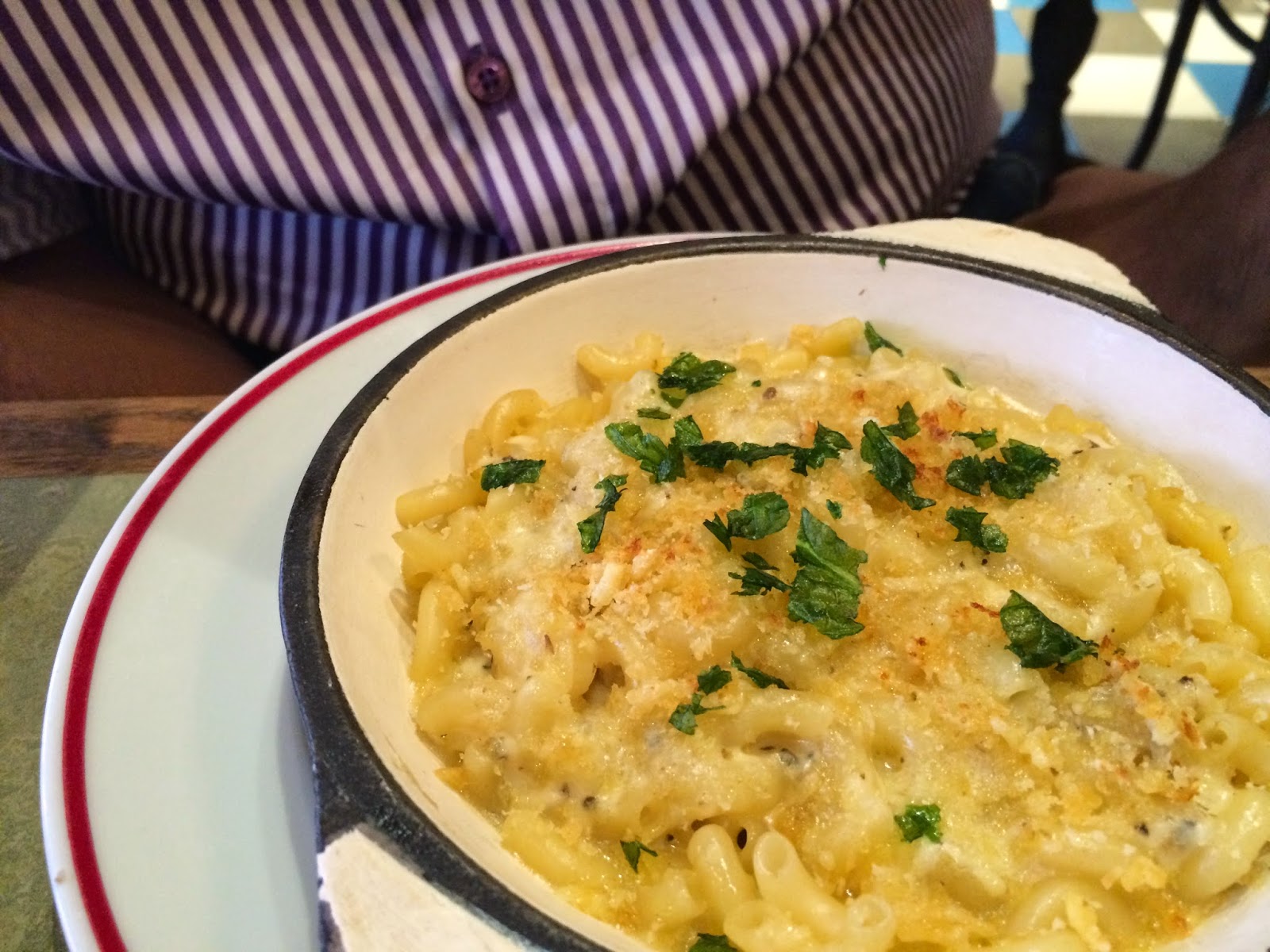 This was surprisingly light, nothing like the typical heavy dish drowned in white sauce with swollen macaroni, just super-thin pasta lightly dressed with a truffle-infused cheese sauce, topped with sprinkles of parmesan and tiny specks of the fungi. The truffle aroma was subdued, paired well with the nuttiness from parmesan and gave the dish a posh touch. 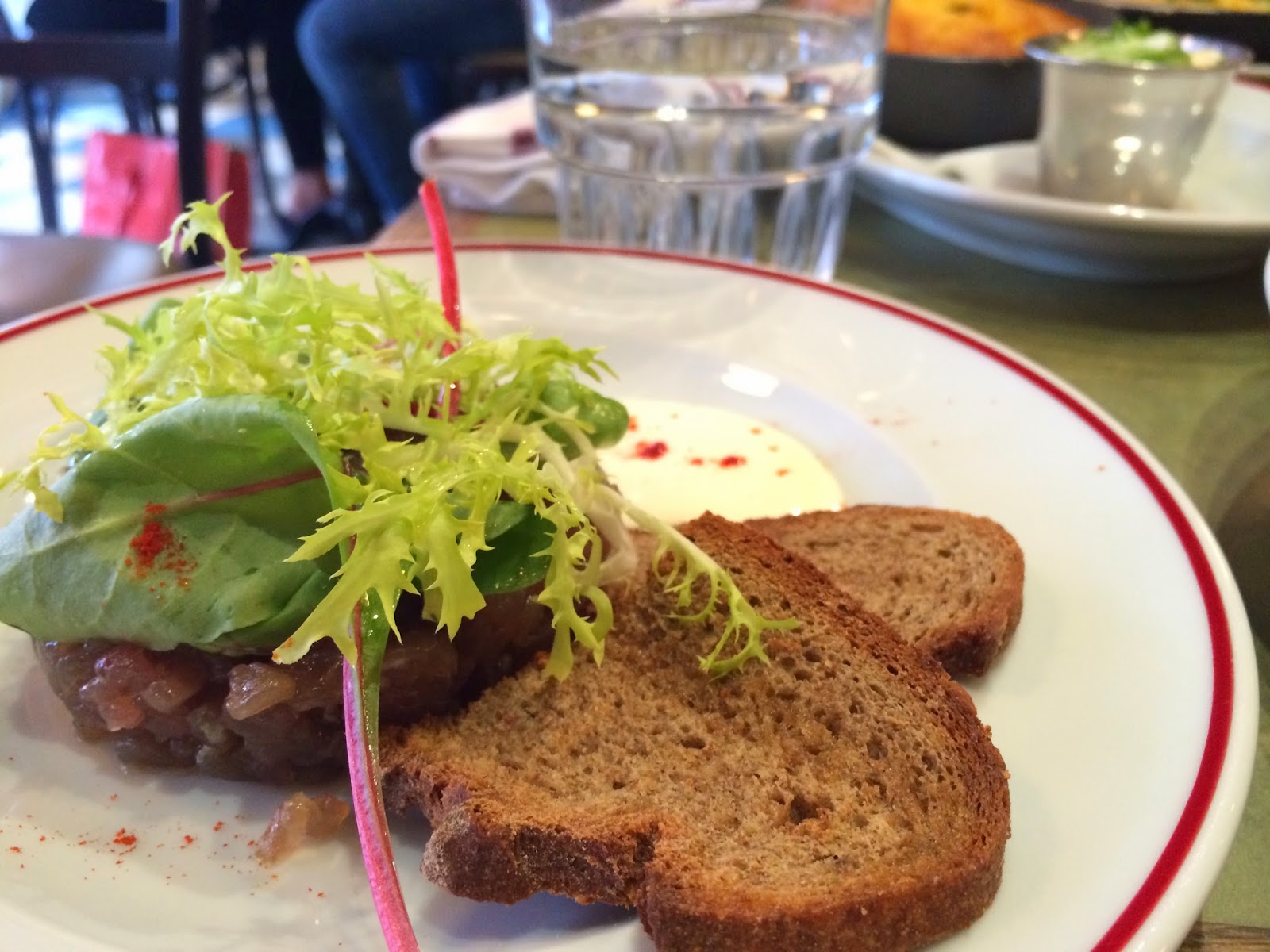 The tuna tartare was diced into small cubes to give it lots of bounce and chew, simply seasoned to allow the clean flavours and freshness from the fish to come through. In my humble opinion, tartare dishes shouldn’t be paired with crostini, the harshness of the toast ruins then slithery soft textures, and more often than not, pierce the roof of my mouth. The crostini here takes hardness to a new level; my teeth struggled to break into them and I wasn’t prepared to risk it. 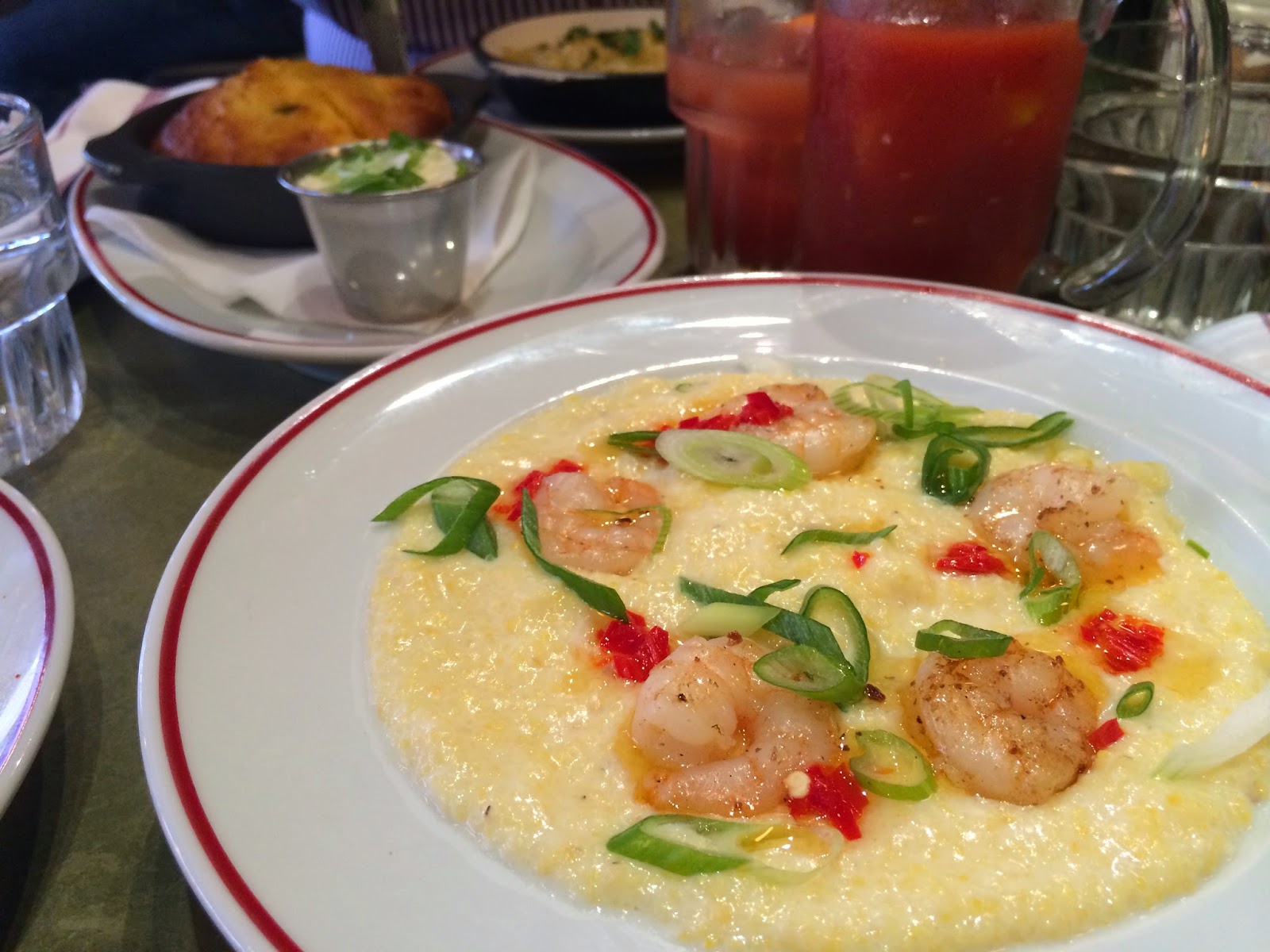 I have never (knowingly) had grits before, but been told it’s not dissimilar to polenta. And I really enjoyed it - mind you I really like porridge though, or congee, or anything with that kind of consistency. The prawns were simply flavoured with garlic and mild chilli kicks; and the crunchiness worked an interesting contrast with the smooth grits. I reckon it’s something I would like to have regularly.

Jackson + Rye was a lovely surprise. I remember looking at the menu when they first opened and didn’t get too excited – how wrong I was. While the menu reads the usual all-day diner fare, the kitchen certainly puts their spin on it to keep things current. There is something very New York about the place, it could be the vibe, the staff or the general lightness of the dish, whatever it is – me like. We saw a couple enjoying their cheese melt sandwich on our way out… I’m ordering that next time.

You may also like: Riding House Cafe, Kopapa, Andina
at 00:12