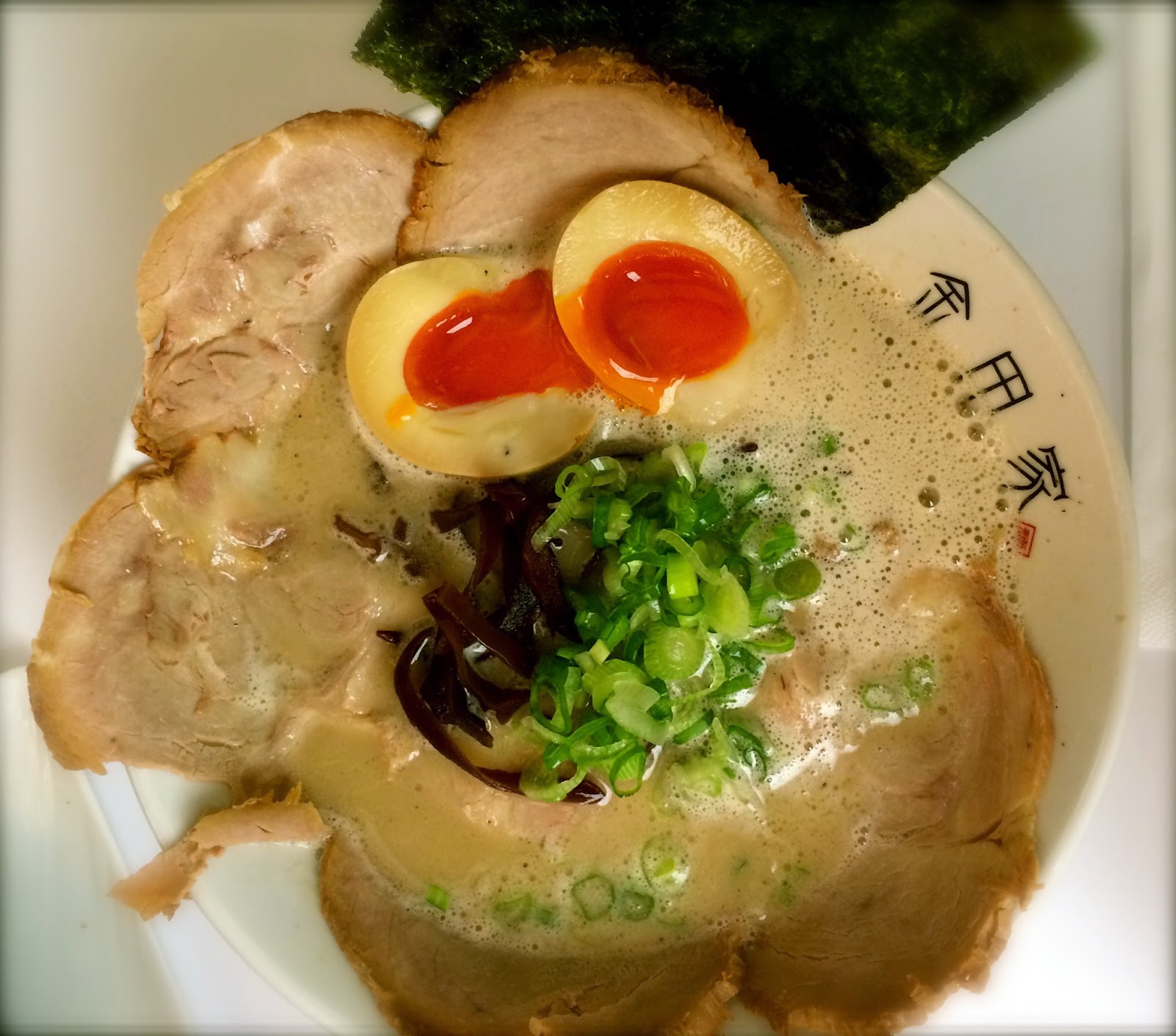 It’s going to be a short review. I wish I could say I have been so busy with the party season leading up to Xmas that I haven’t had the time to do write-ups. Sadly the truth is I have been hit with (what felt like) the ultimate flu virus potent enough to wipe out the entire the population of London. Well... at least my office if not the entire wharf. So I had lost all sense of taste, smell and appetite. Until I get a chance to catch up, this is a short note on my visit to Kanada-ya.

After a disappointing visit to Ippudo about a month ago, I have been curious about Kanada-ya. The minuscule restaurant was like a steam room on this breezy evening; it had a higher moisture saturation than the drizzling outside. The dining room had an open kitchen where noodles and pork broth were boiling away, limited ventilation and too many seats cramped around a large table in the middle and a few tables dotted on around it. It was a sit-eat-leave kind of ramen bar. 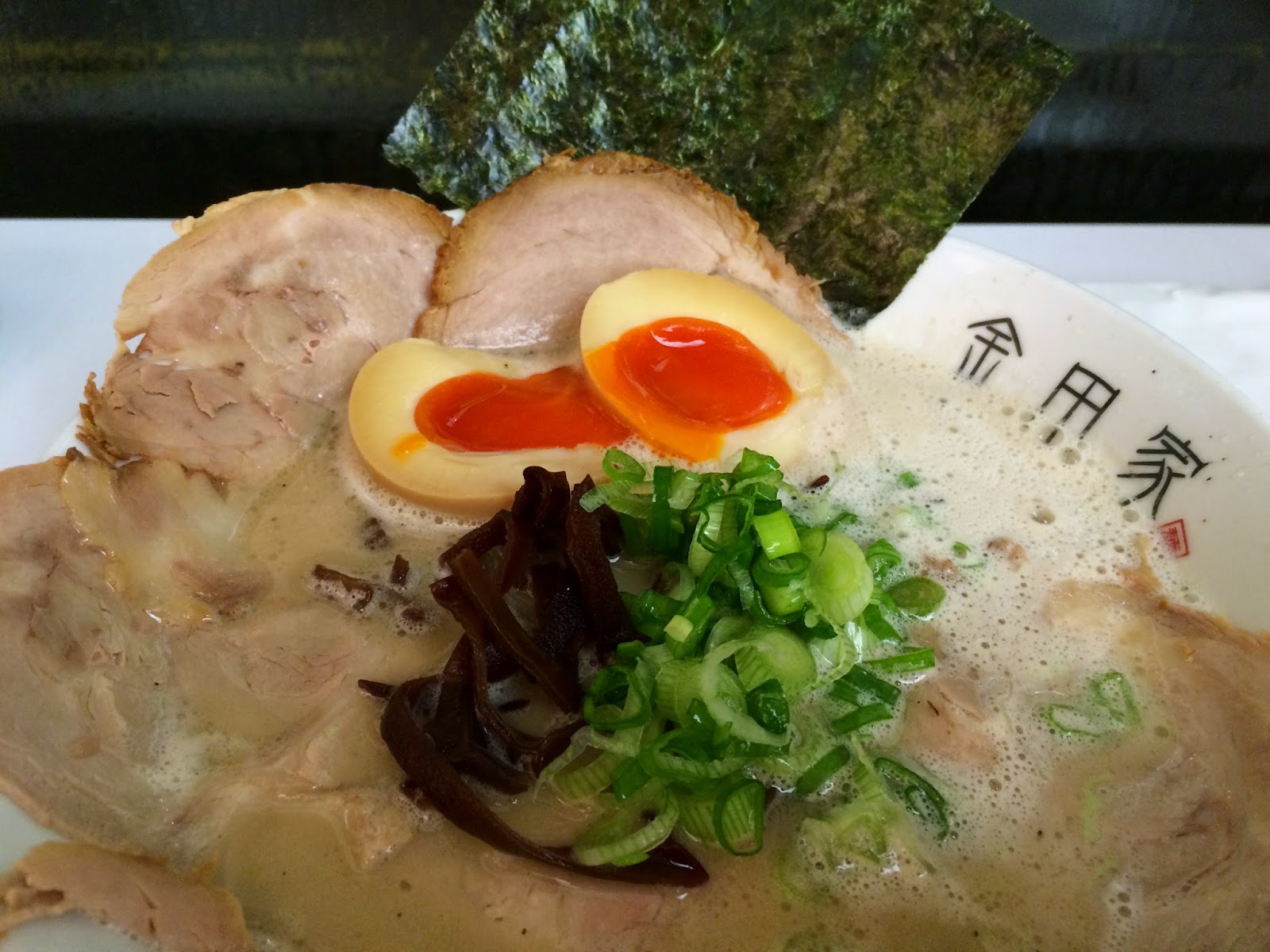 I went for the chasiu men with the deluxe charsiu pork collar version (£12.50) plus an Hanjuku egg (£1.80). And I am pleased to report that this bowl of ramen was as good as it could get. The frothy broth was ingenious. While the creaminess of the pork soup is what we love about tonkotsu, it does get heavy on the stomach after slurping half a bowl. But what could you do? The thick consistency captures all the essence from simmering pork bones for 18+ hours. Kanada-san came up with the solution by whisking the broth to lighten up the texture without compromising the depth of flavours. The broth was overflowing with flavours, it was rounded and had more structure than all other ramen restaurants in London.

The noodles itself was spot-on - I ordered regular firmness - full of bounce with a good chew. The charsiu pork collar was tender and delicious. The leaner meat was sliced thinly with a good ratio of gelatinous cartilage to create that melt-in-mouth texture. Finally, just look at that egg... 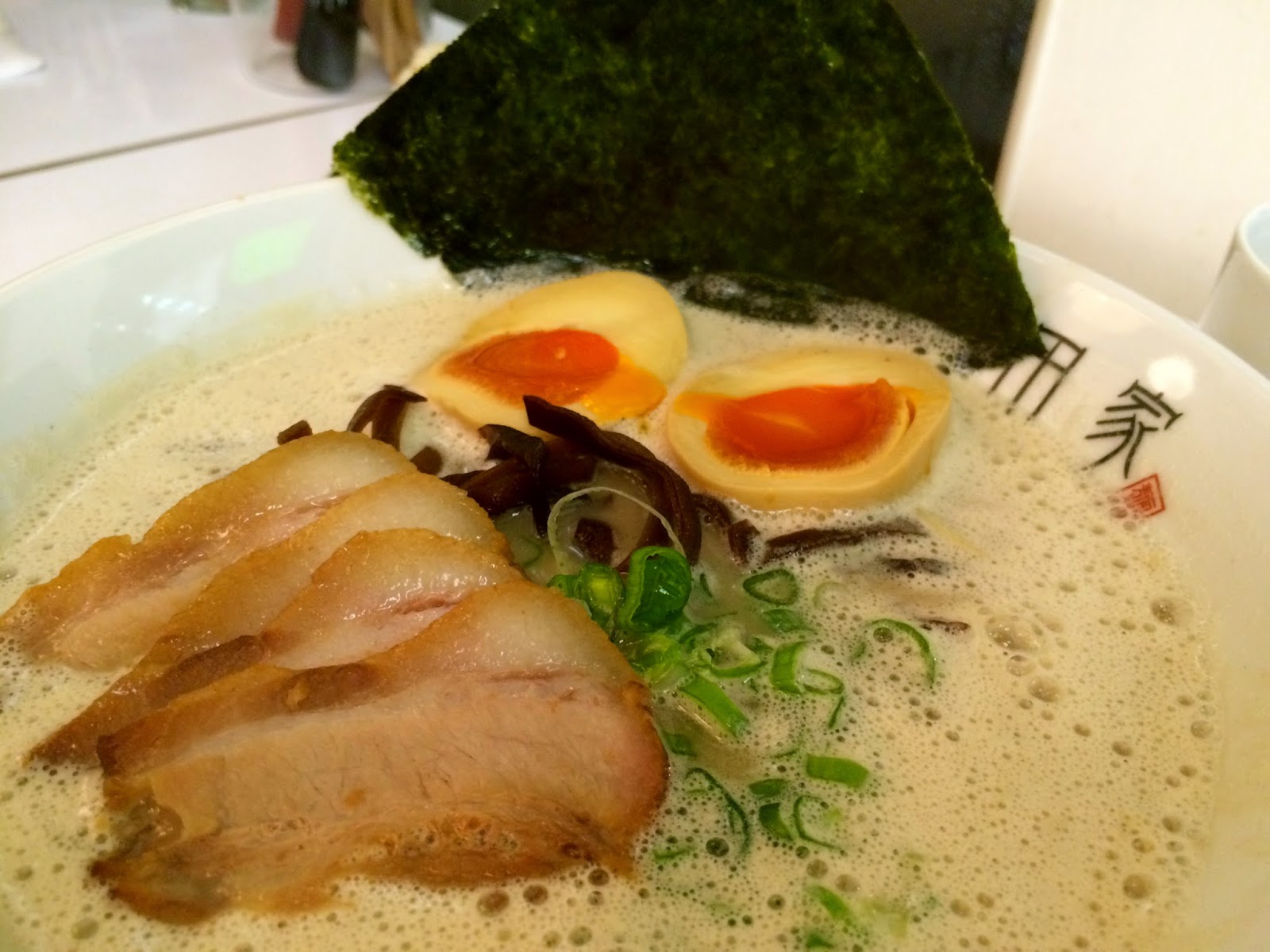 Will's original ramen (£10) was more or less the same with charsiu pork belly instead of collar. The belly slices were cut more thickly with a small rind of lard. Texture was more coarse than the thin collar meat, but still tender and juicy. That said I definitely prefer mine.

Will had an extra serving of noodles to slurp up the remaining soup; like how ramen restaurants do it in Japan. We also had a salmon onigiri - well, it was like any other onigiri.

Kanada-ya is solidly my favourite ramen joint in London. The only shortfall is the limited menu and confined space. If I wanted a ramen plus something else to make it a proper meal with friends, I'd stick to Shoryu. Otherwise this is now my ramen fix go-to place.

You may also like: Tonkotsu East, Kirazu, Bone Daddies
at 00:30