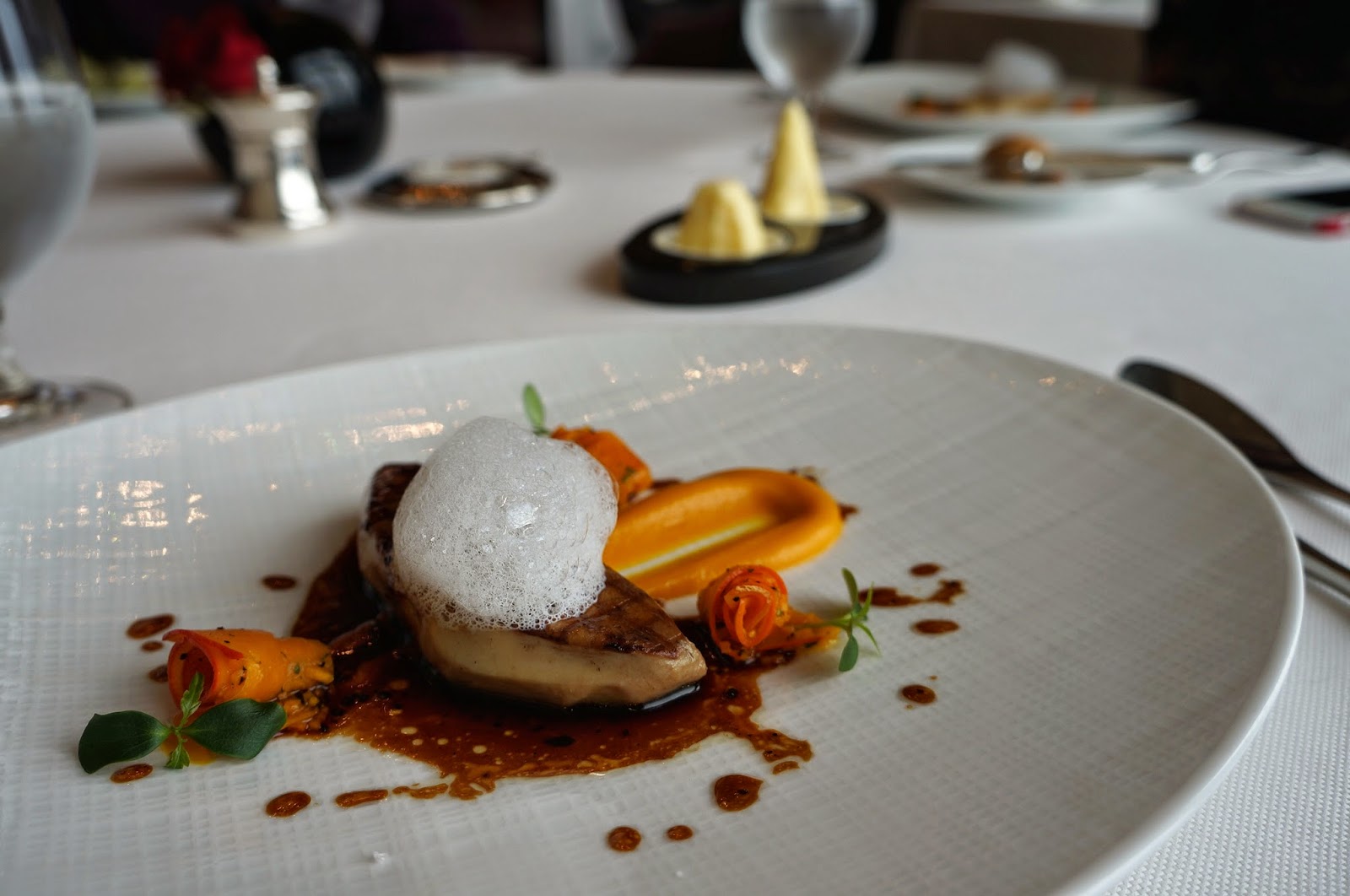 Caprice was once awarded 3 Michelin Stars under the leadership of Chef Vincent Thierry. Since his departure, Caprice has had a star removed and Chef Fabrice Vulin has taken over the kitchen to win that prestigious status back. After days of Chinese meals over the CNY period, I booked a table for 4 for lunch.

We were seated by the window to take in the beautiful view of Victoria Harbour, a view that’s included in the price tag. The menu was dominated by black truffle, at least 40% of the menu had black truffle as an ingredient… 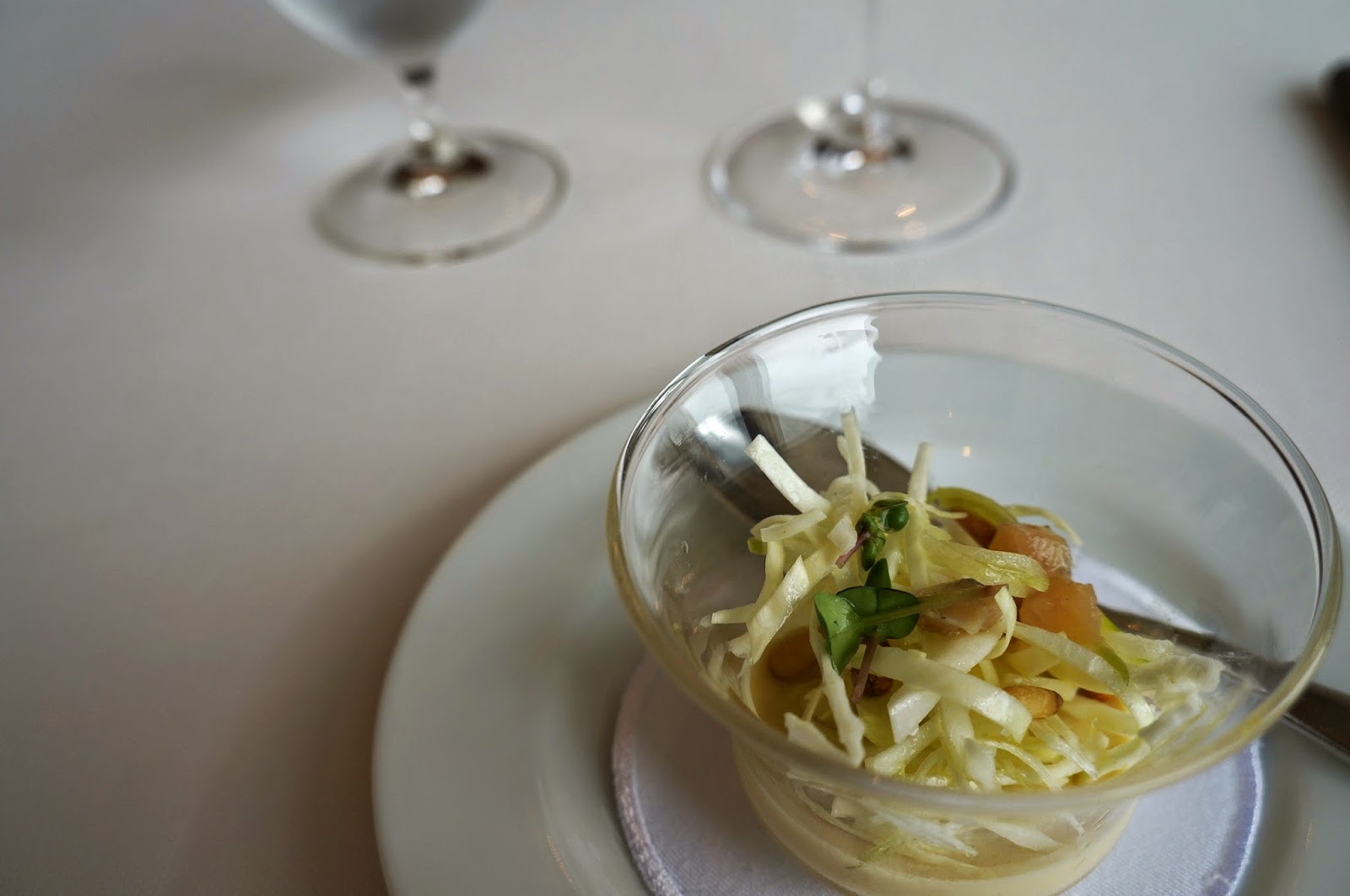 The amuse bouche was a herring custard with chopped cabbage and apple - the velvety mousse was incredibly fishy, balanced by the crisp cleanness of the vegetable. I did’t like the crunch and pungent raw cabbage though, and the stiff shreds made it difficult to eat with a little spoon. Could have thought it through better.

Mama Chan and I both went for foie gras. I loved it; the richness, the melt-in-mouth feel, the greasy fragrance, balanced by the sugary sweet pumpkin puree. Mama Chan found it took much and swapped it for the chicken pate en croute with Bro. 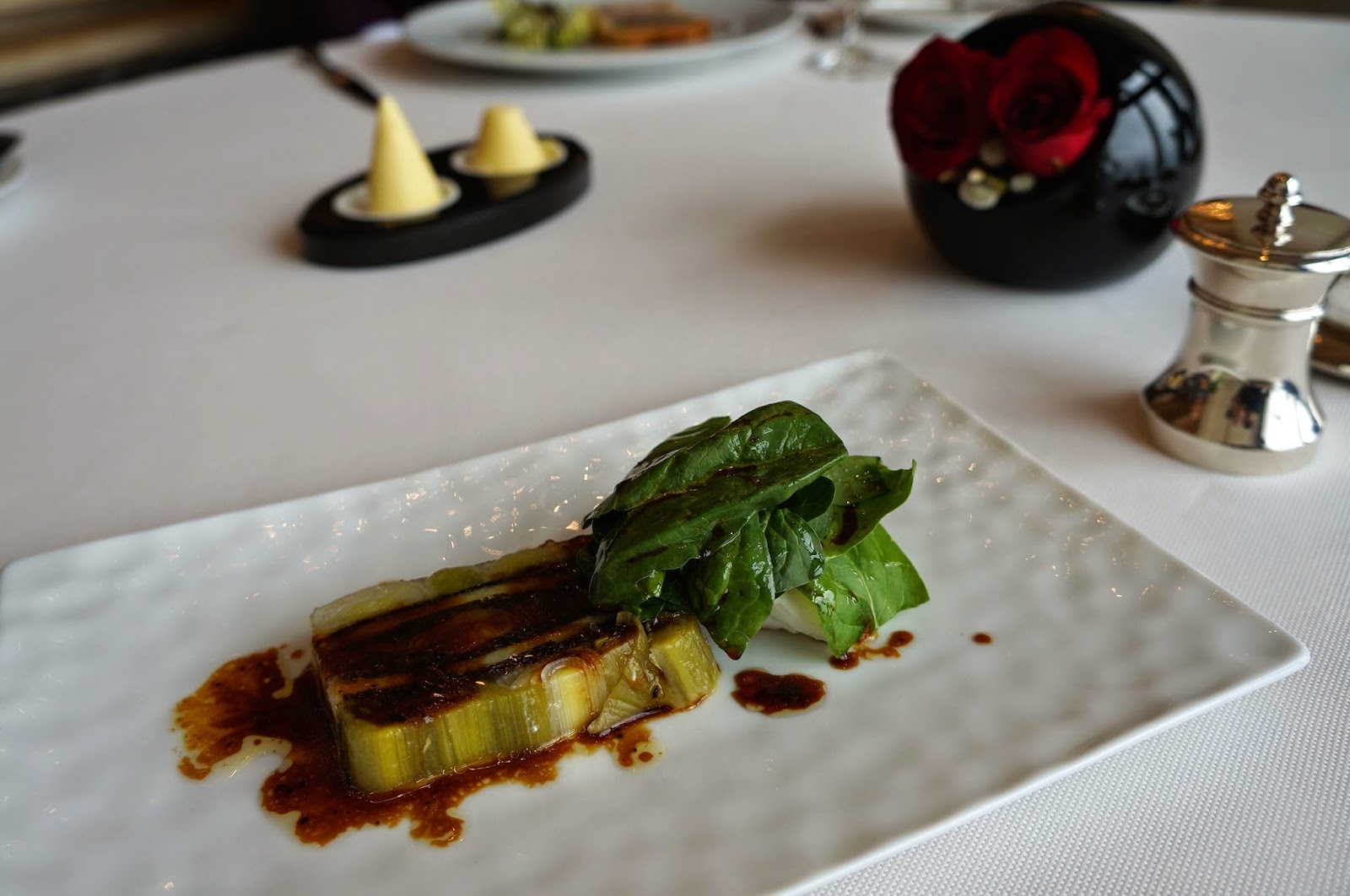 The poached egg was hidden under the leaves. Perfectly cooked with a runny egg yolk that spilled over the leek millefeuille. The dish was served cold, flavours were one-dimensional and quite bland. Not the most palatable ensemble. 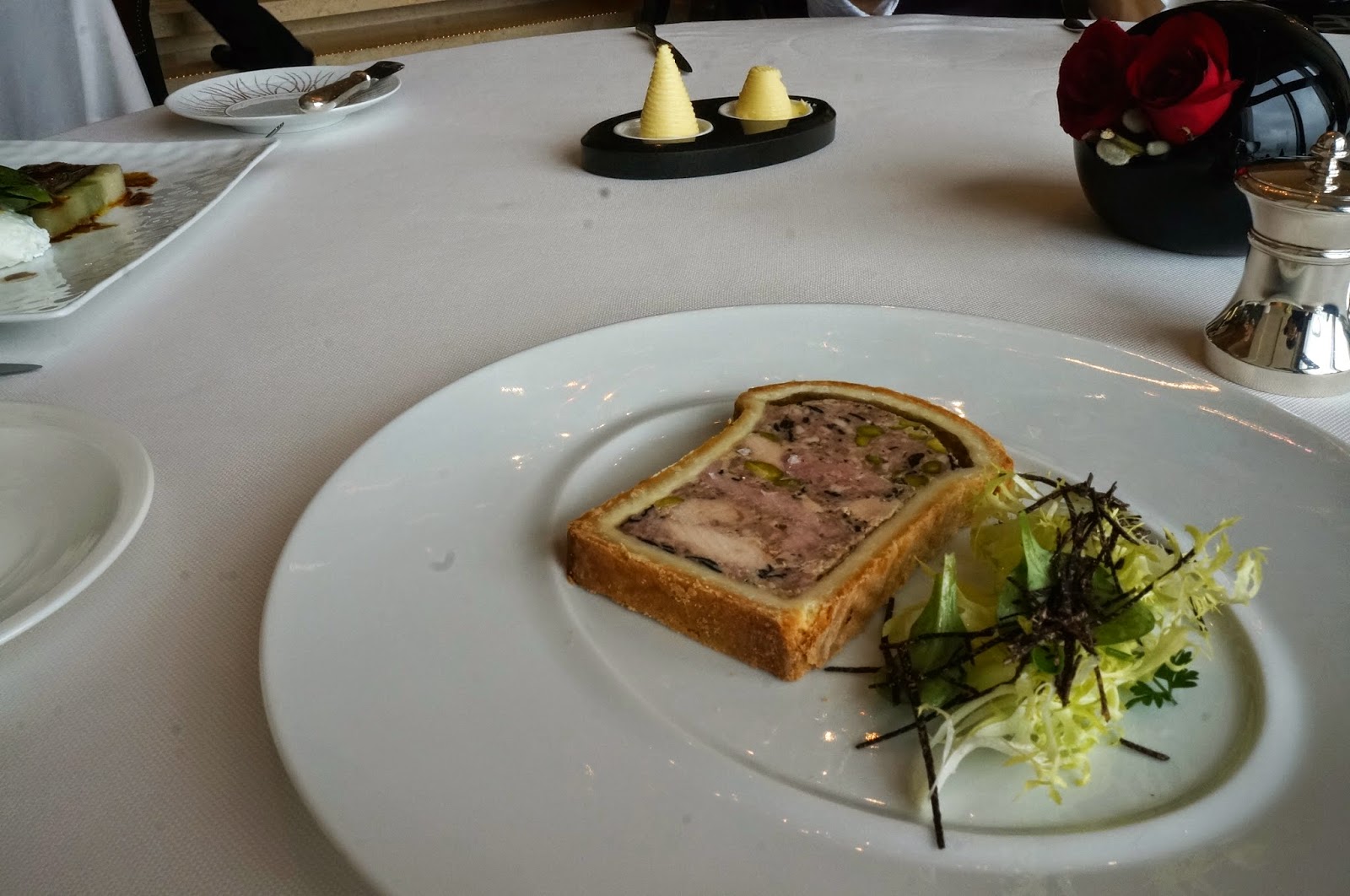 Quite a dull starter, I was pushing for the squid and crab cannelloni option but hey. The crust was particularly crumbly and buttery, that aside, pate is pate. 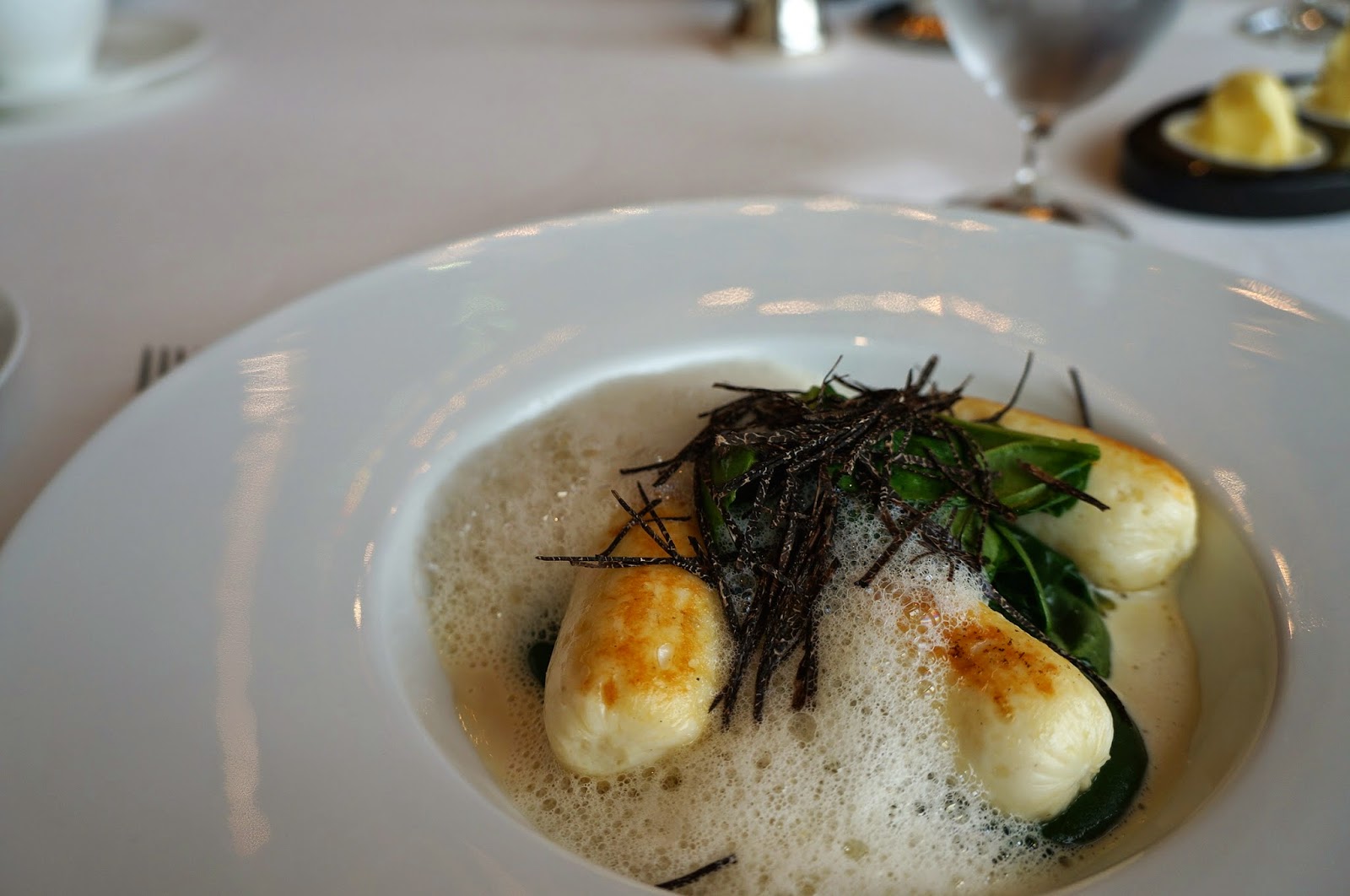 This was the highlight of the meal. The scallop boudin was bouncy and full of oceanic sweetness, worked well with the savoury spinach puree. Truffle shavings were unnoticed. 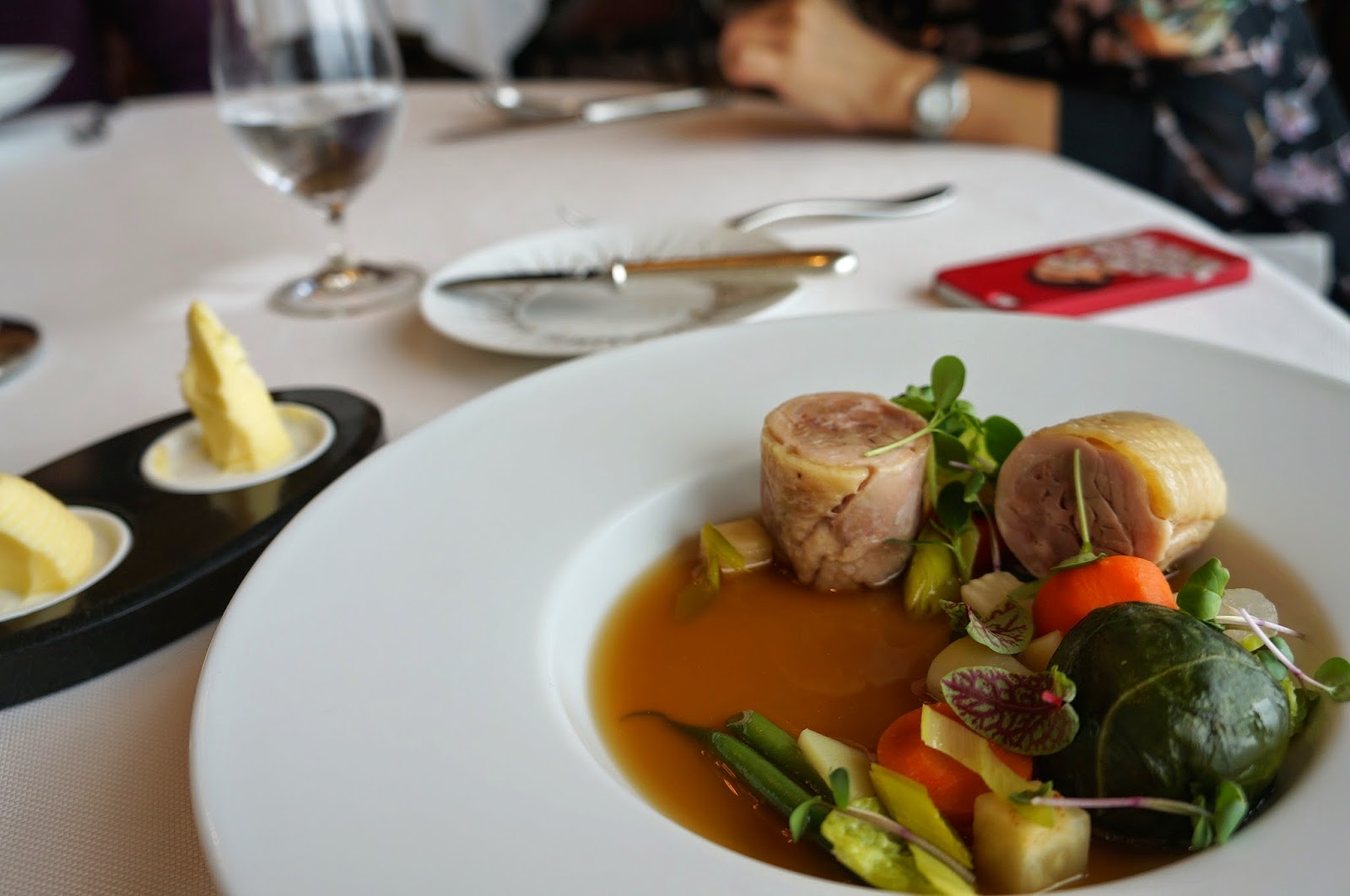 This was disappointing. The condensed chicken leg forfeited the tenderness of thigh meat, which lacked succulence as the jus has been squeezed out. The bouillon had great depth but the balance was ruined by the small cabbage parcel, inside which the diced chicken giblet was carelessly over-seasoned. 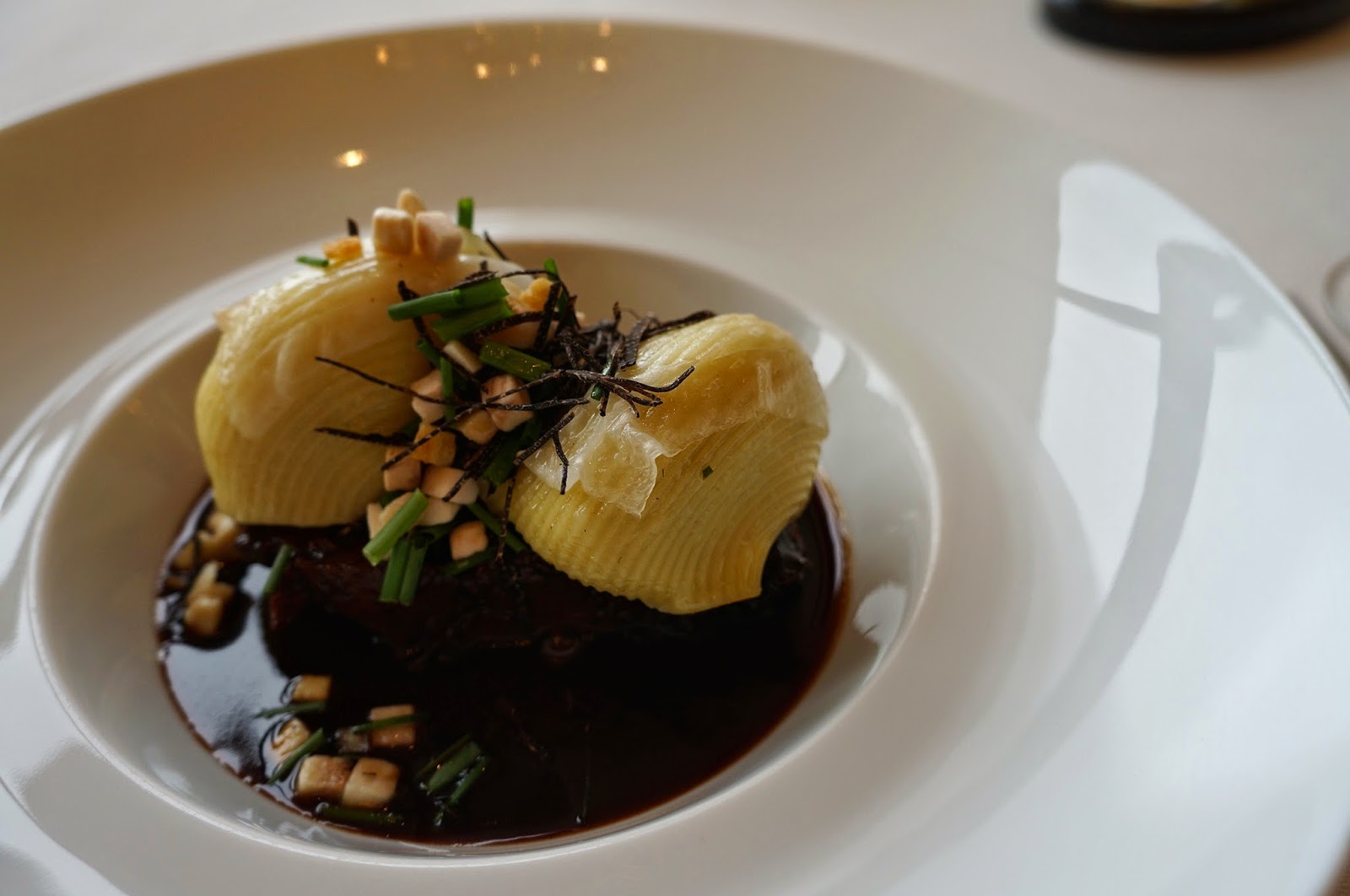 The colossal pasta shells were sitting on a thick disc of beef shoulder, scattered with small cubes of pork and truffle shreds. The sous-vide shoulder carried a strong smoky aroma, the meat was tender without losing its firm, dense structure. However the sauce, which was too salty, didn’t infiltrate and couldn’t bring the dish together. 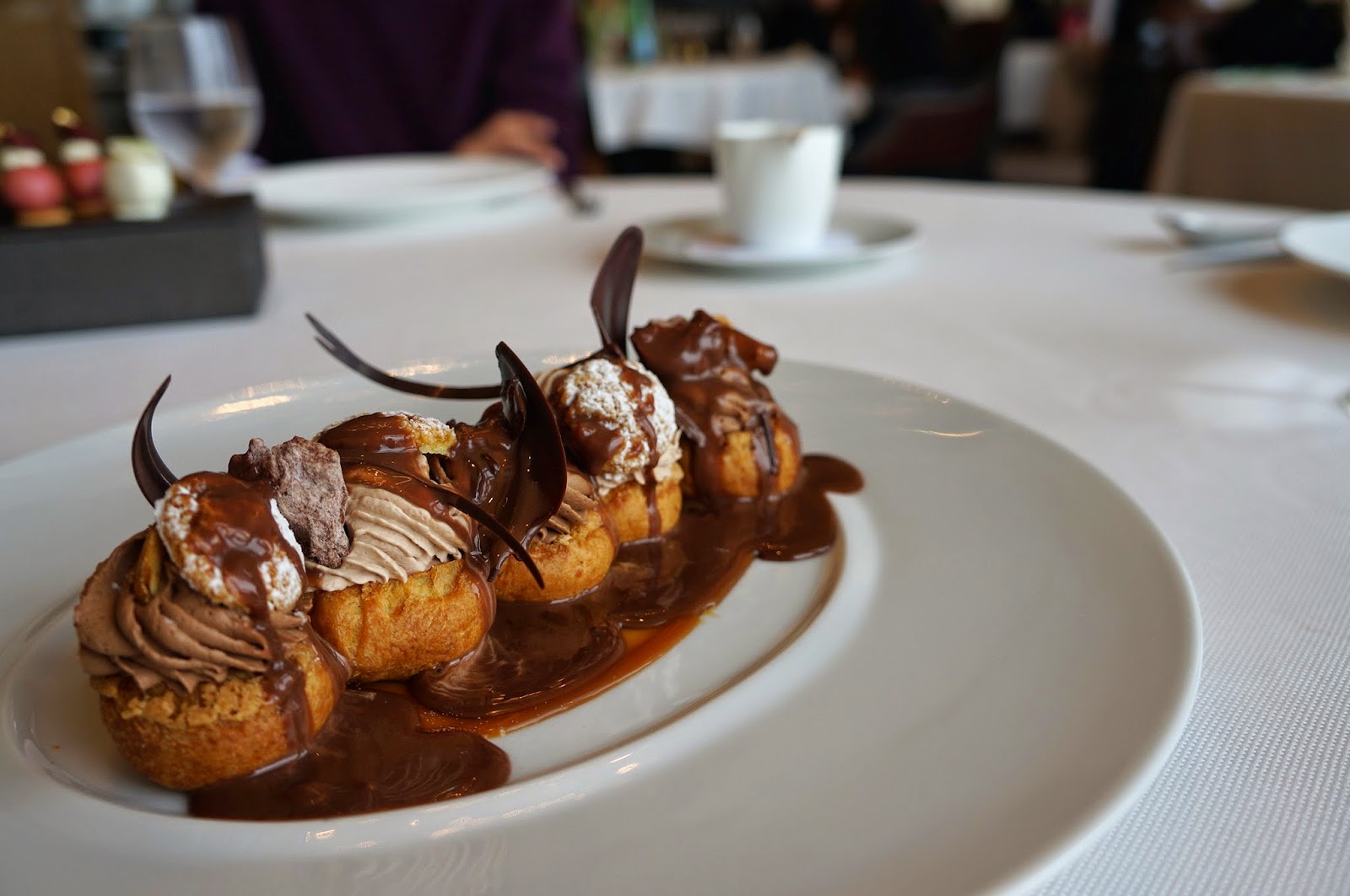 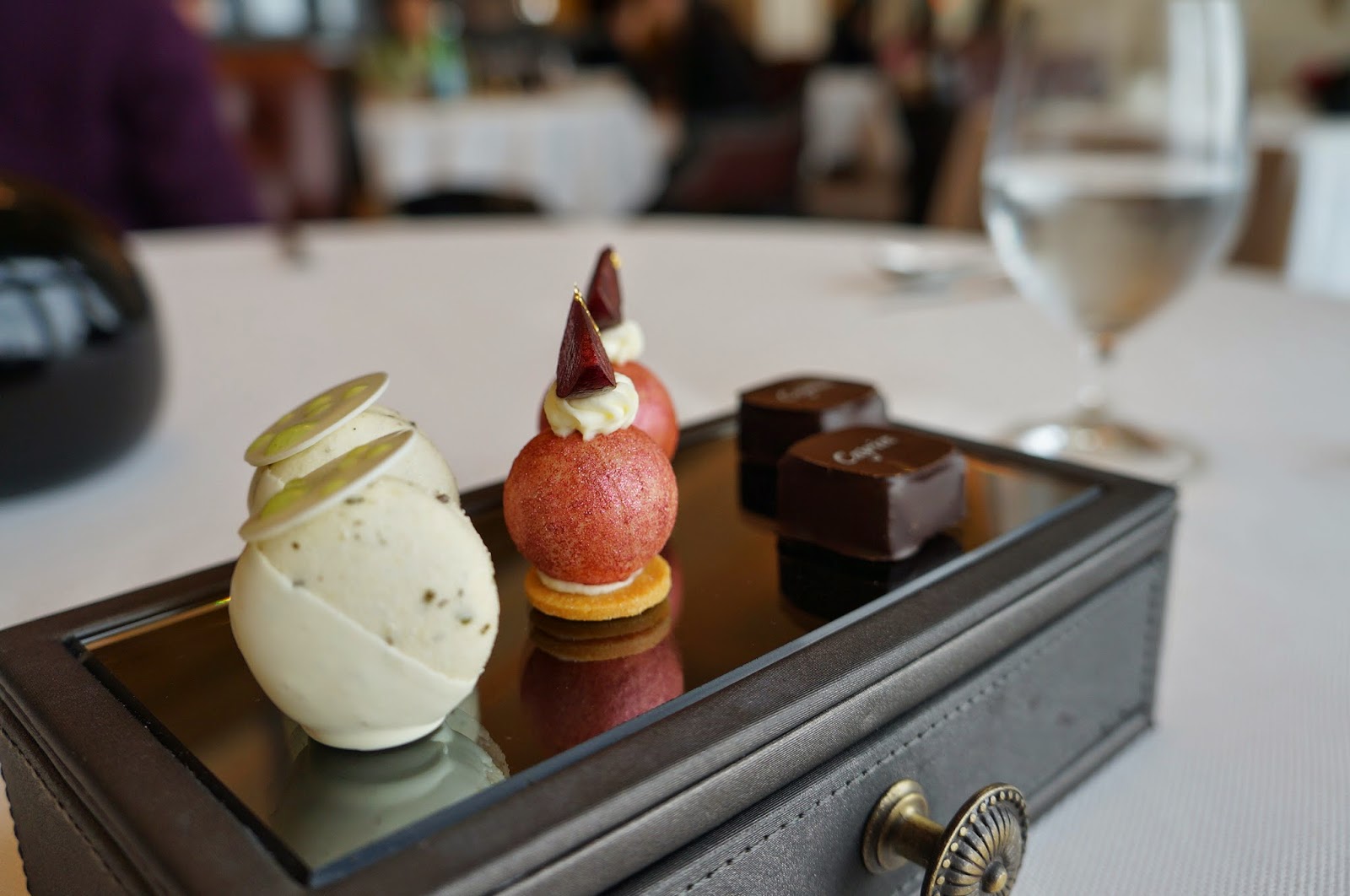 Our lunch at Caprice was underwhelming to be honest. Out of the 6 dishes, only the foie gras and scallop boudin were up to fine-dining standard, probably not even 1 Michelin star, let alone two.The other dishes were too heavy on seasoning and generally unbalanced. I couldn’t work out why they were  sprinkling black truffle on every dish; it was being used as a garnish, casually dropped on salads and foam, where there wasn’t enough heat to bring out the truffle fragrance. They might as well scatter wood shavings on the dish.

I have a small bone to pick with service too. On the whole the service team was professional, swift and full of smiles. We did, however, feel slightly rushed as they started clearing some of our plates even though Mama Chan was still finishing hers. Apart from that, we were well looked after. The view was incredible, the decor splendid and the ambience extravagant, but unfortunately the food wasn’t up to scratch.