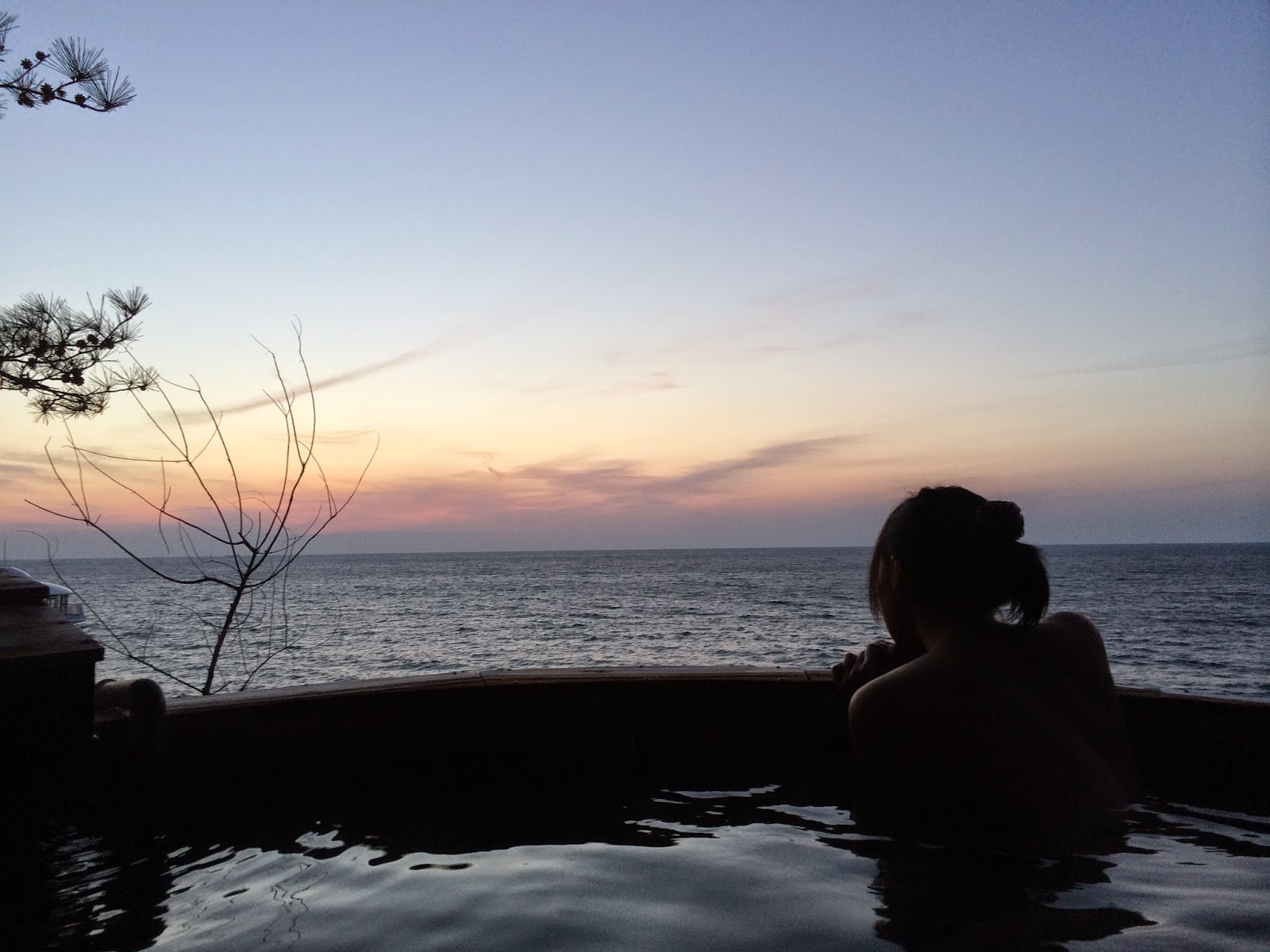 I found this draft and yea it’s 12-months old, but someone told me late is better than never, so here we go.

Back in Feb 2014 Mama Chan and I popped over to Japan, ticking off Osaka, Kyoto and Shirahama in one go. Can't say we had much of an agenda, except to i) eat like fat isn't a word; ii) shop like WAGs and iii) soak in onsens like eggs.

I genuinely believe bad restaurants do not exist in Japan, but I do have a couple of culinary highlights: 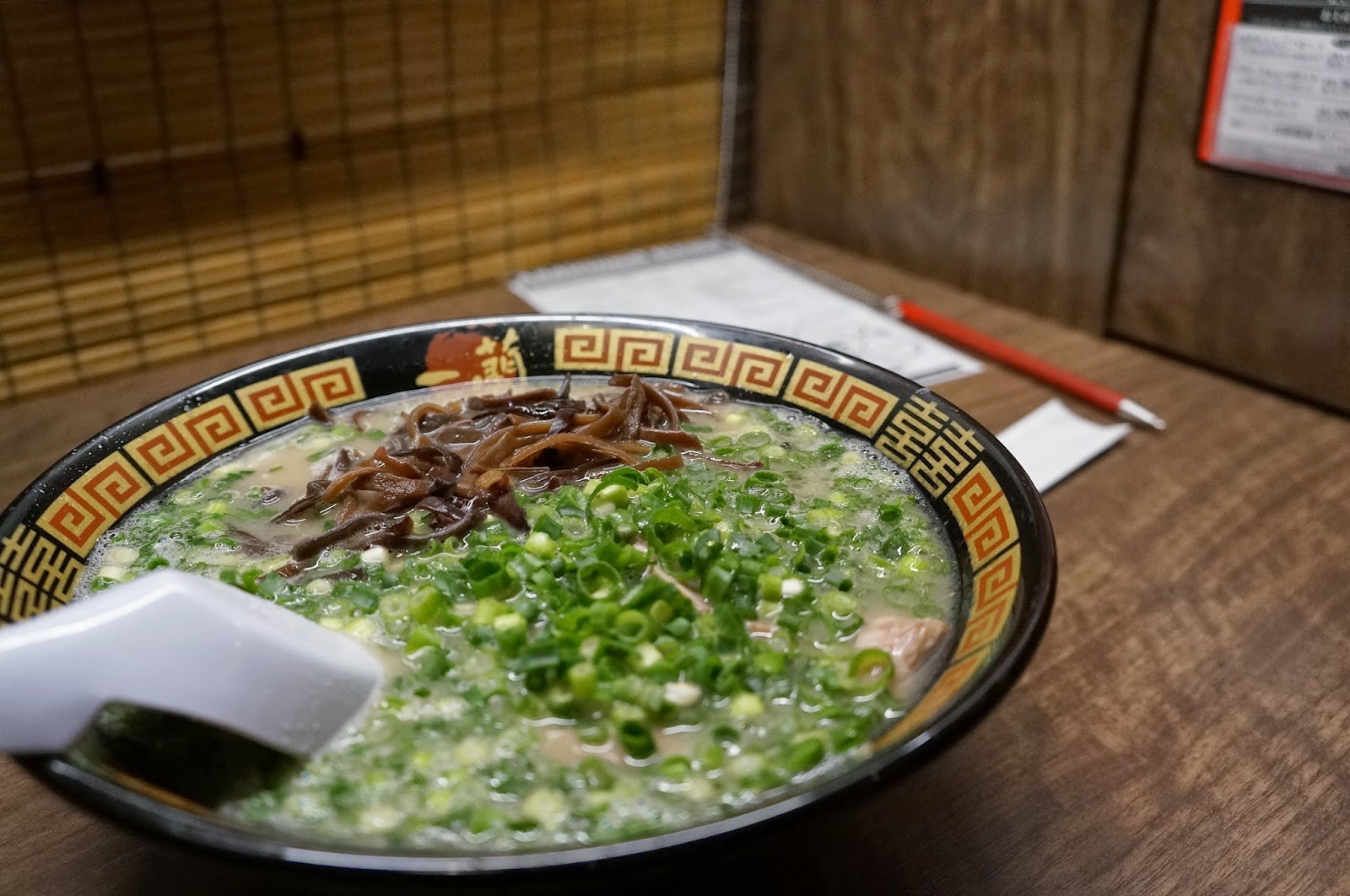 Ichiran Raman - this ramen bar have people queueing for hours round the clock in Hong Kong. Mama Chan was smart enough to get us seated with a modest 10min wait around 5:30 after we landed in Kansai International. The ordering machine was one of the most complex mechanical ensemble I have ever encountered, it's incredible how 10 buttons in a foreign language can baffle people. We smashed a few buttons, slipped some notes in and sat down at the booths, filling out a questionnaire on how we'd like our ramen cooked, from noodle firmness to greasiness of the broth.

Yes, Mama Chan opted for 4x spring onions, and no it was unintentional. Either the ramen was superb, a rich textured broth without being overly creamy and perfectly bouncy noodles. That said, I am not sure I would queue for more than 15mins for a bowl of ramen. I have randomly dropped into any ramen bar before and the quality was equally good...

Right next to Ichiran in Namba, there was a Takoyaki stall in the corner next to the footbridge. Seriously addictive stuff. 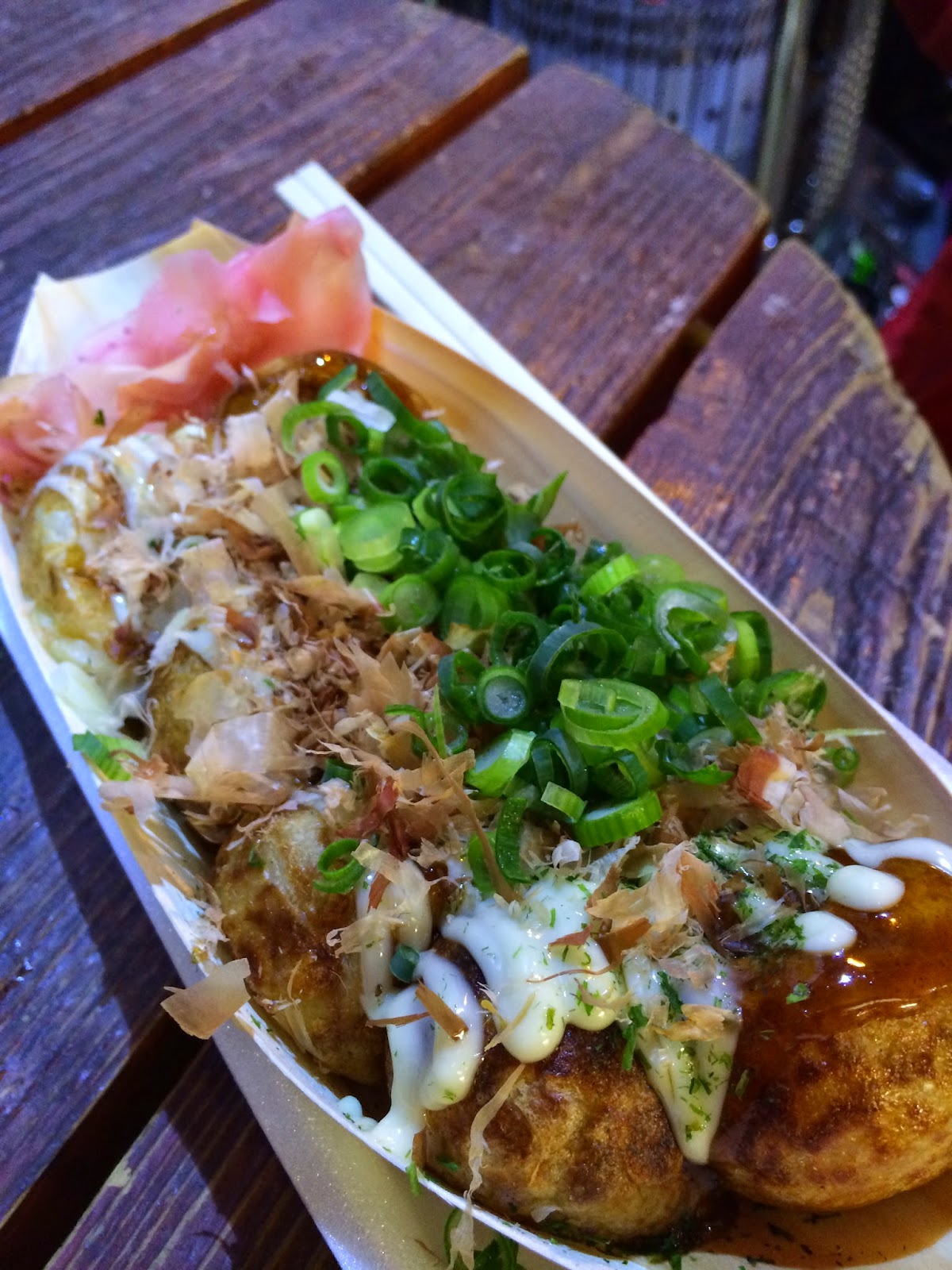 Since we planned to spend a day in Kyoto, we stayed near Shin-Osaka, which was great location for longer train journeys from Osaka. We got stuffed from sampling all the freebies along the main road from Kiyomizu Temple, so we only managed to snack on some novelty items along the covered Market Nishiki. 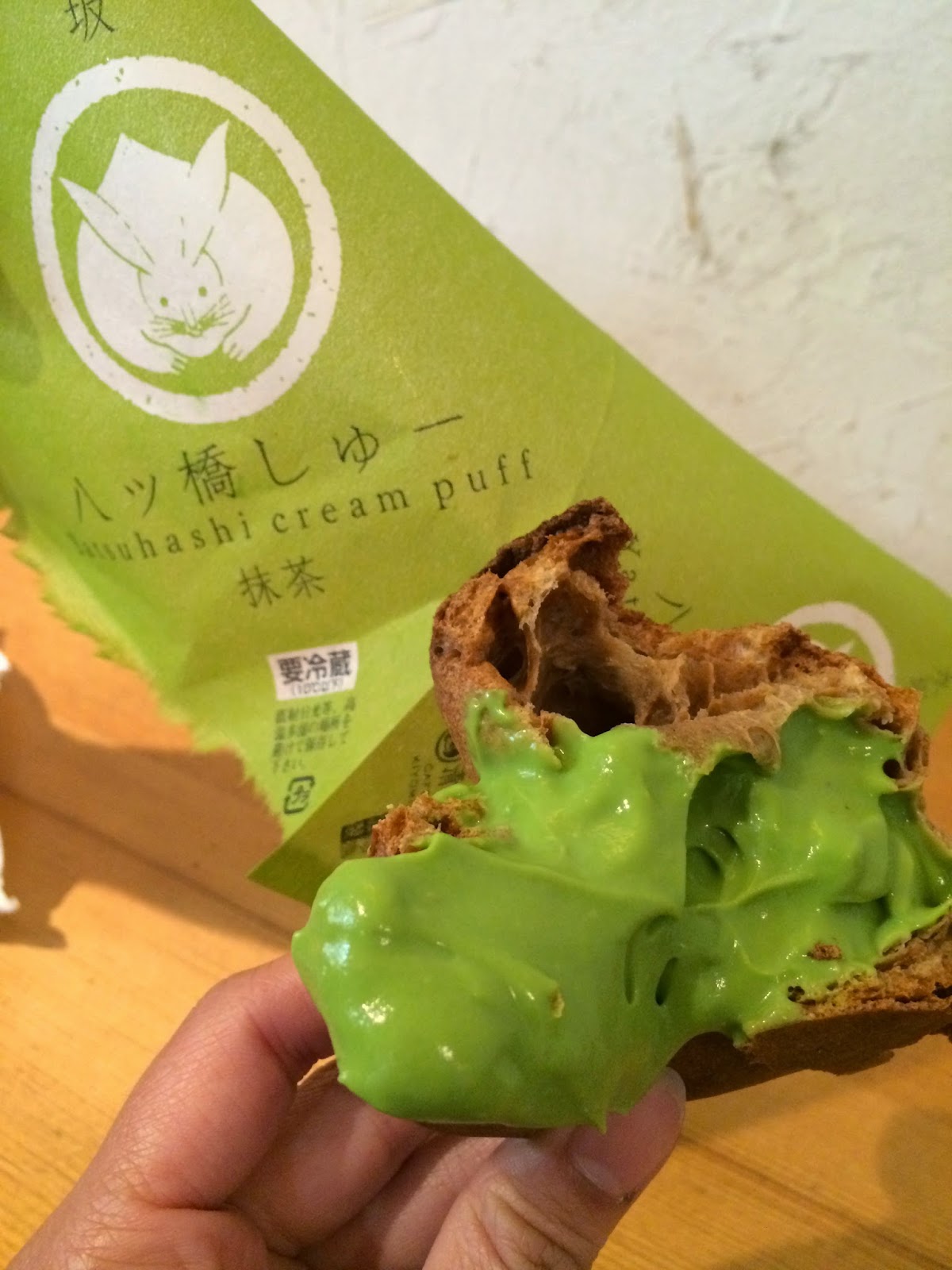 For dinner we came to Ajibil Sushi, which is famous for their oversized sushi. Well... a picture paints a thousand words. 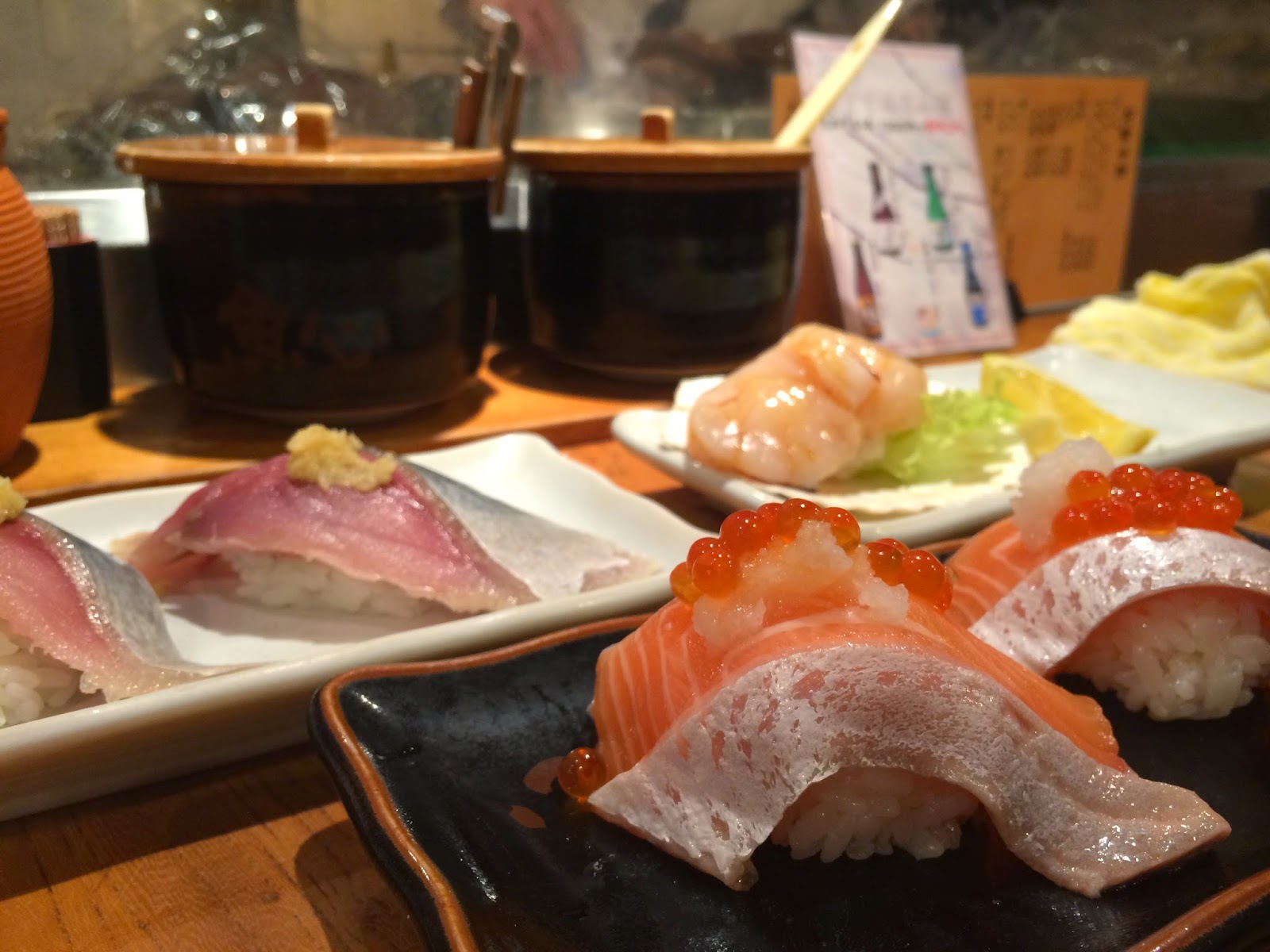 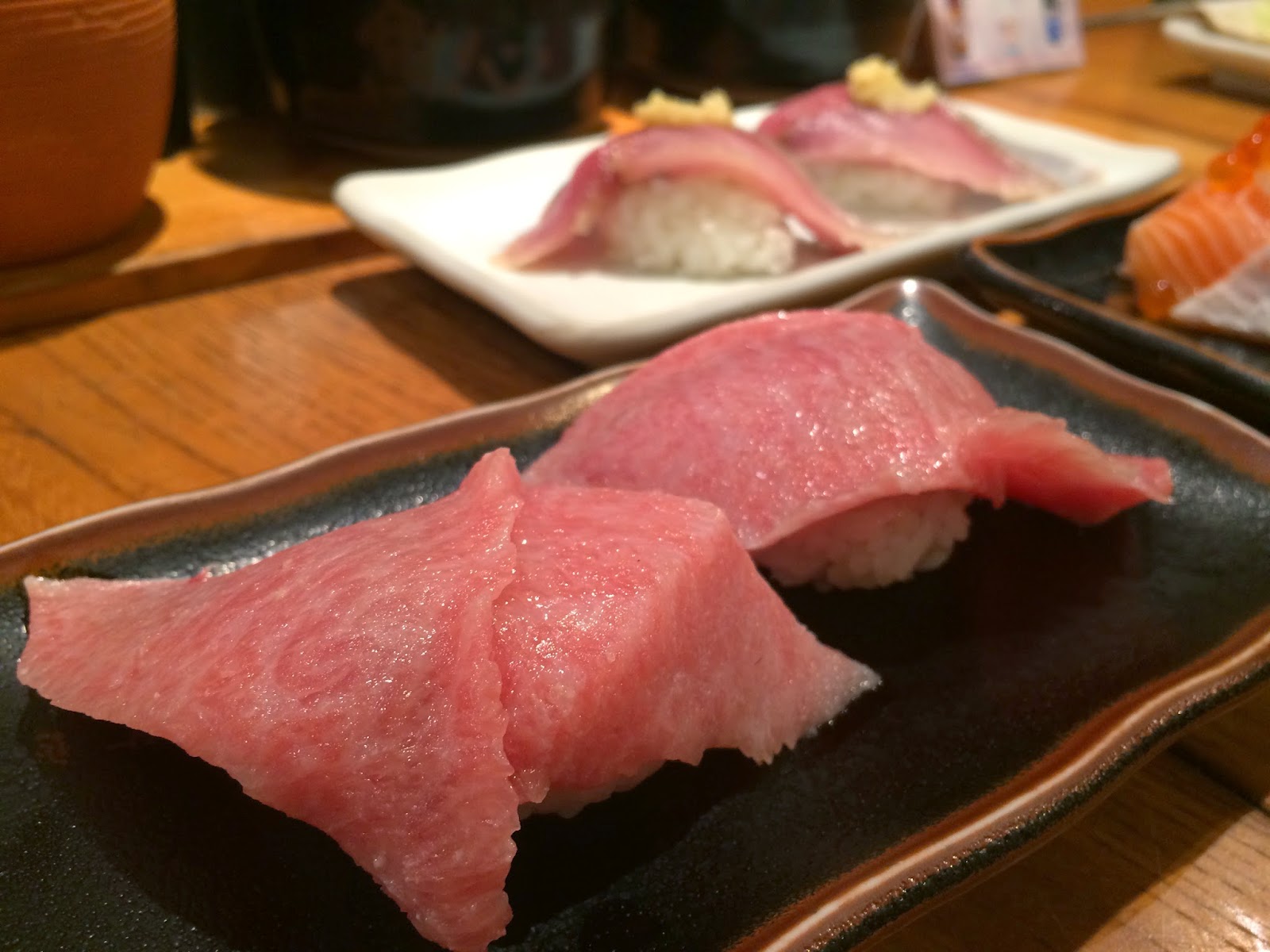 The following day we took a 2-hr train to Shirahama. Before dipping into the hot spring, we went to Tore Tore Fish market for lunch; top quality stuff at ridiculous prices. 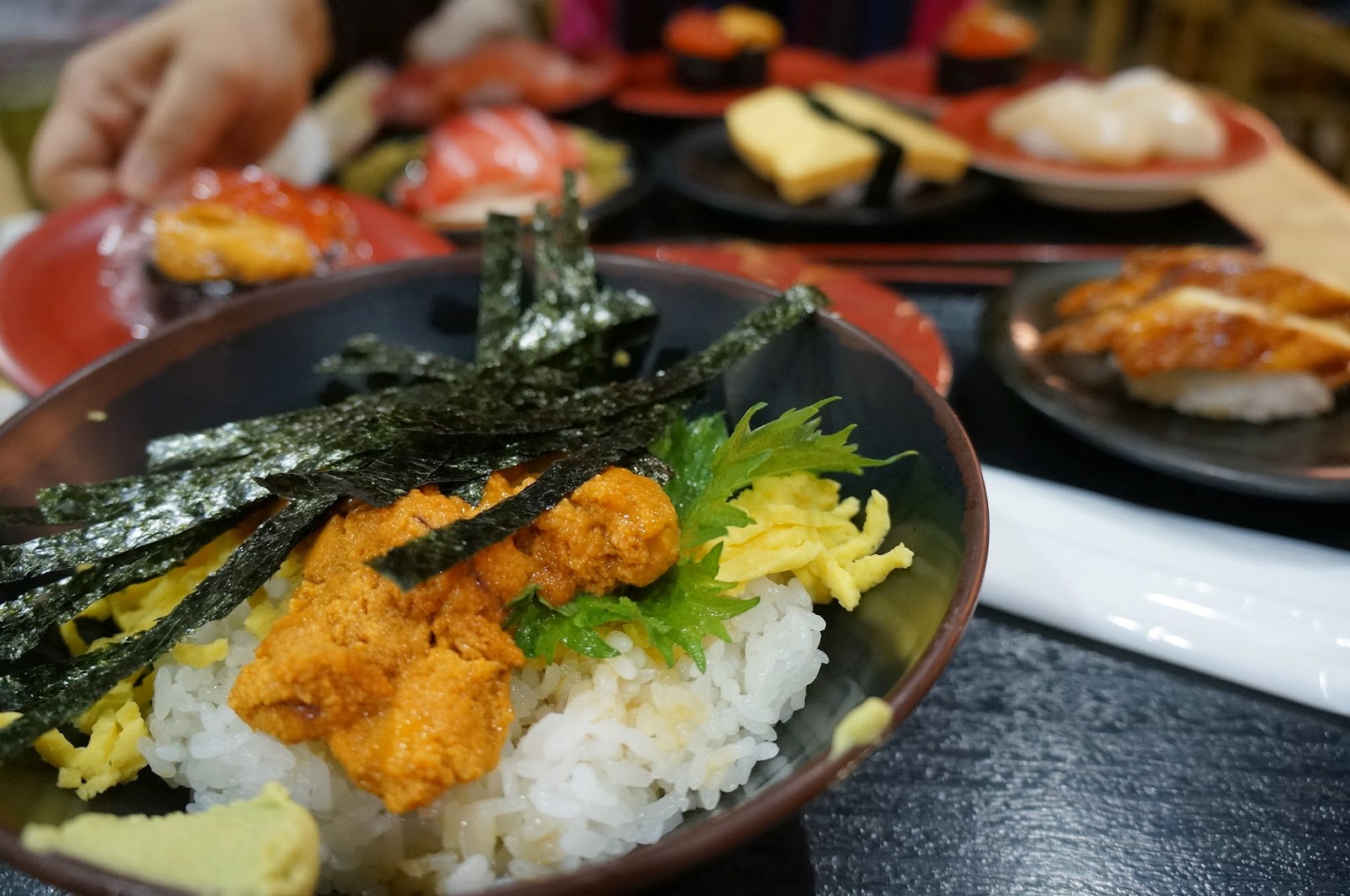 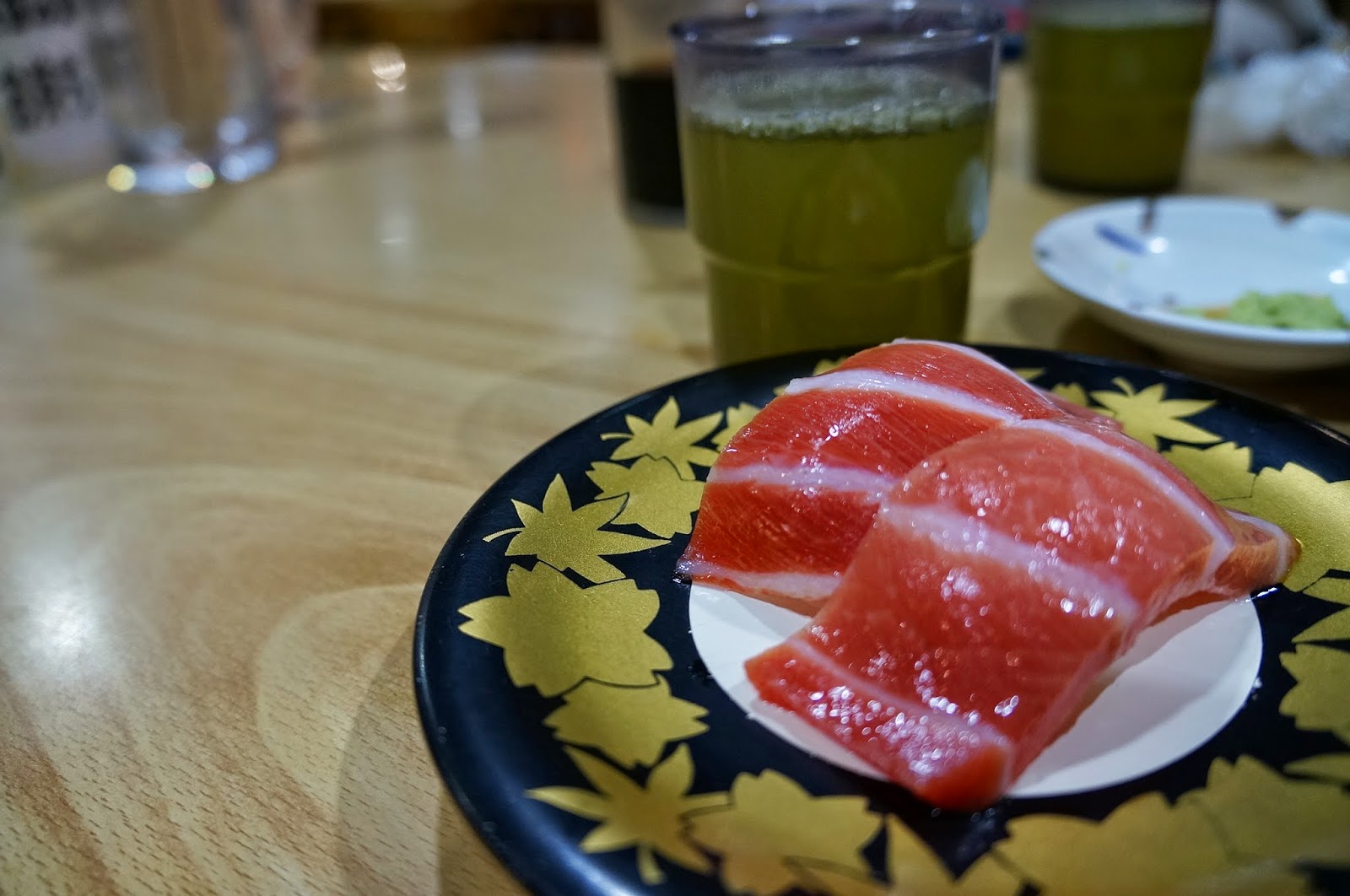 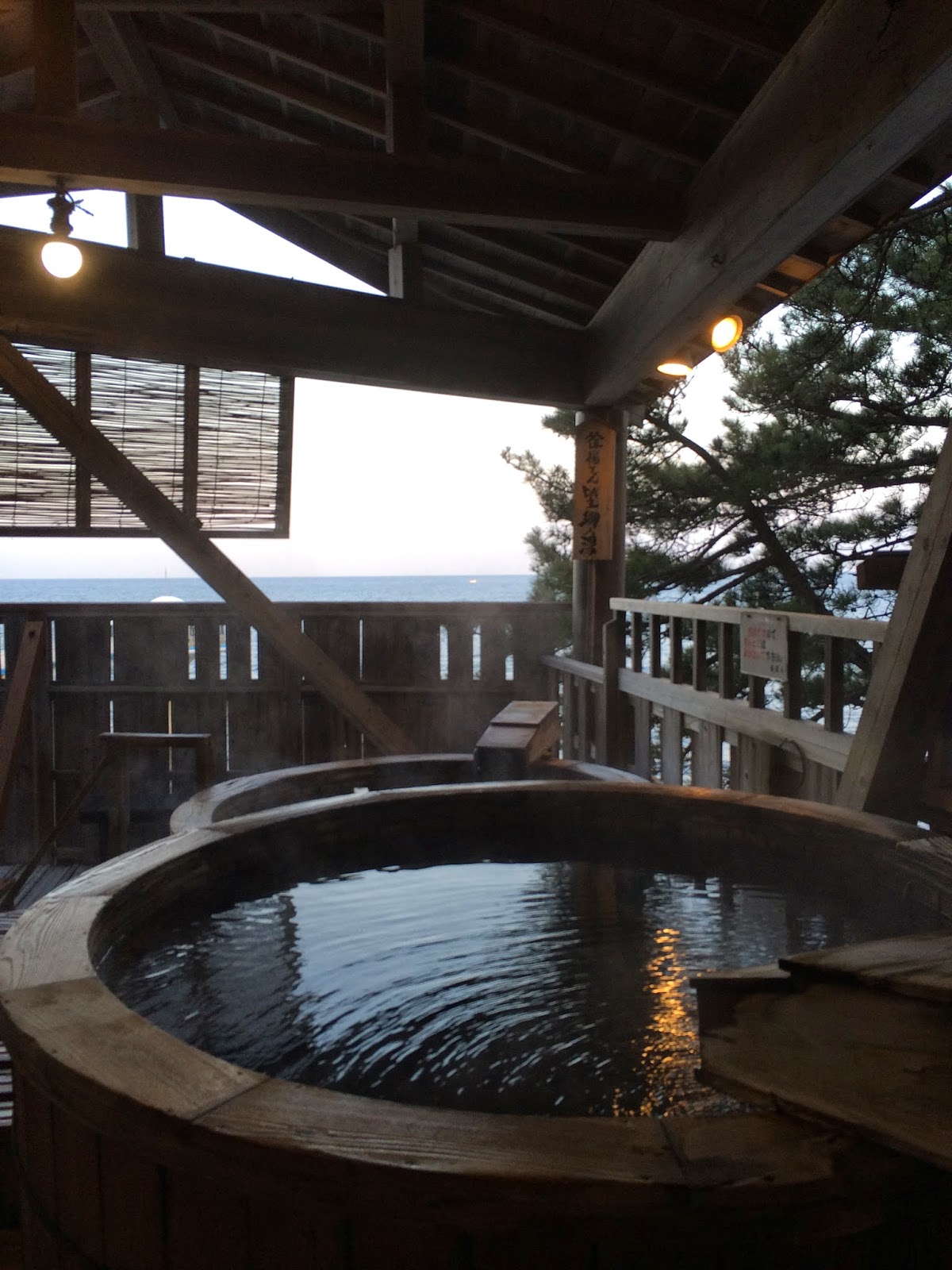 In fact the food was so good that Mama Chan suggested we buy some super fatty toro, jumbo scallops and box-pressed saba sushi to snack on the train back to Osaka. 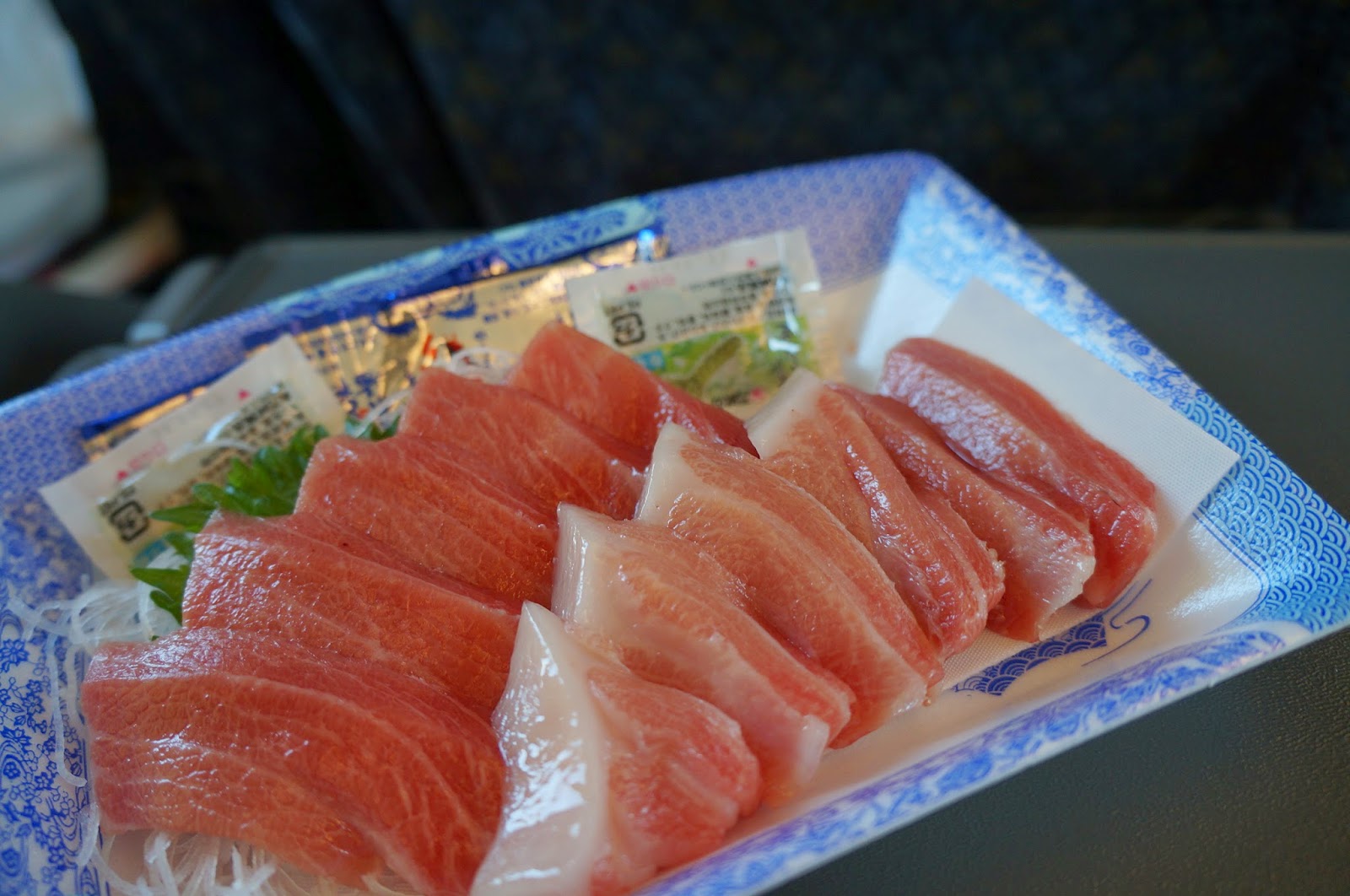 After a good recharge at the onsens, we returned to Osaka for more shopping and feasting:) This time we stayed nearer Namba. No trip to Osaka-fu would be complete without having some okonomiyaki. Queue at Mizuno starts around 5pm. There are only 11-seats around the teppan, but the queues moved fairly swiftly as staff makes it quite clear that they don't want people to sit around. 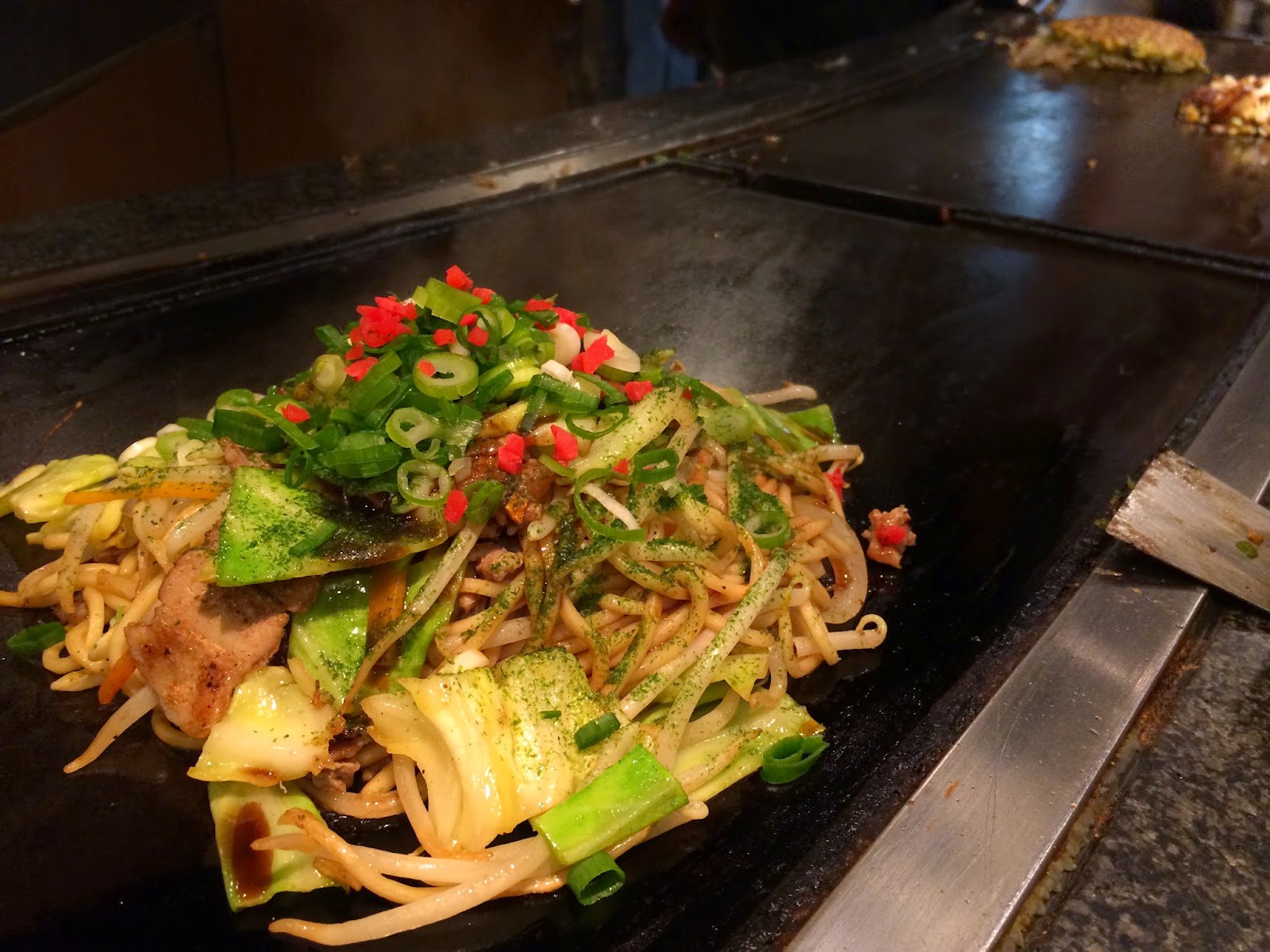 There was only so much we could fit in our stomachs, but we made a good effort to bring some goodies home for Papa Chan. 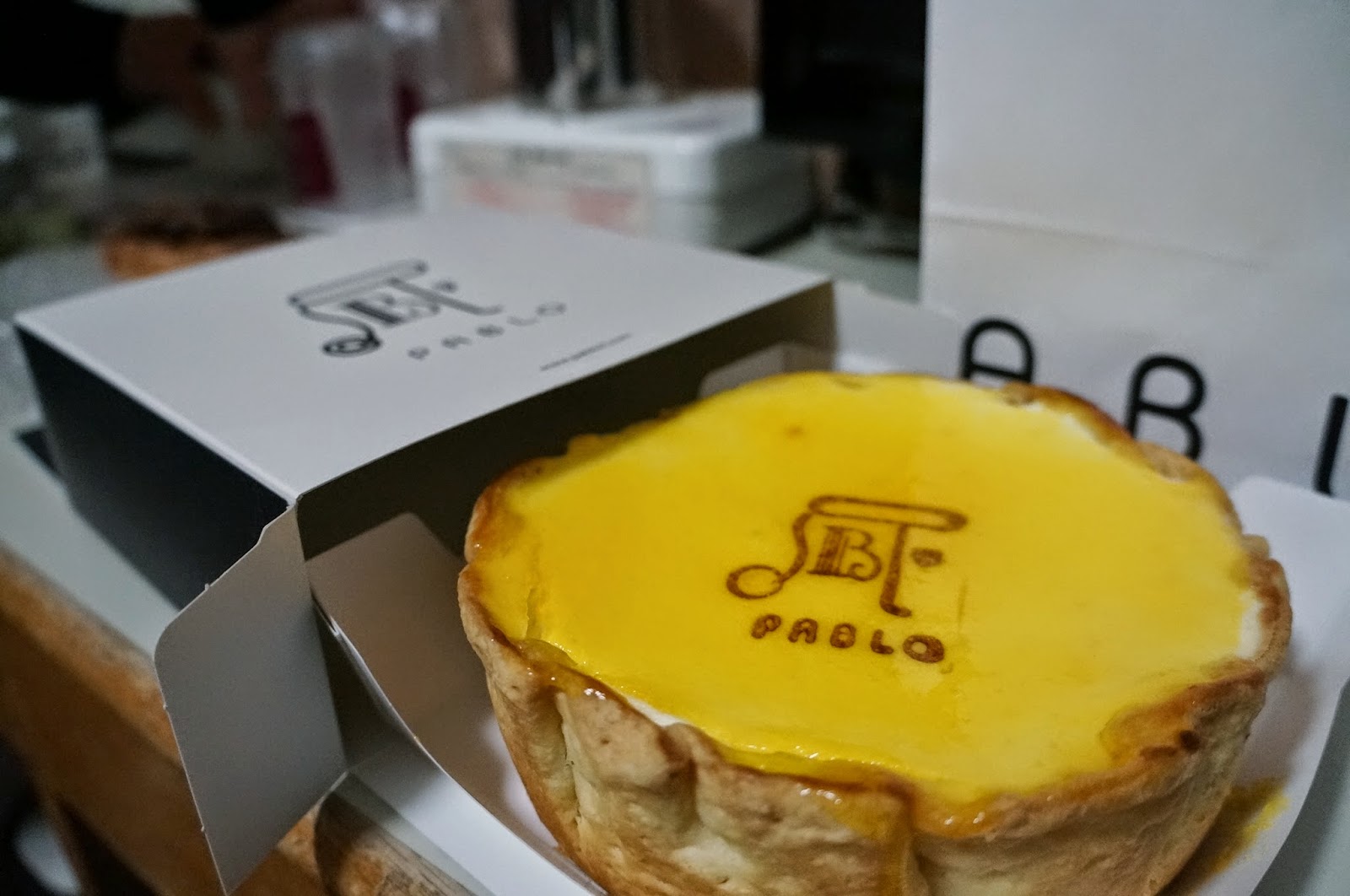 Pablo was more like a cheese tart whereas Rikuro was a light, fluffy baked cheesecake. Personally I prefer the Pablo, the cheese filling was denser and custardy, yet remained light on the stomach. I am less of a Japanese cheesecake fan, its ultra airy and light texture is too similar to chiffon cakes. More importantly, Rikuro had a thin layer of raisins hidden at the base of the cake, which meant I had to pick them out...
at 17:13