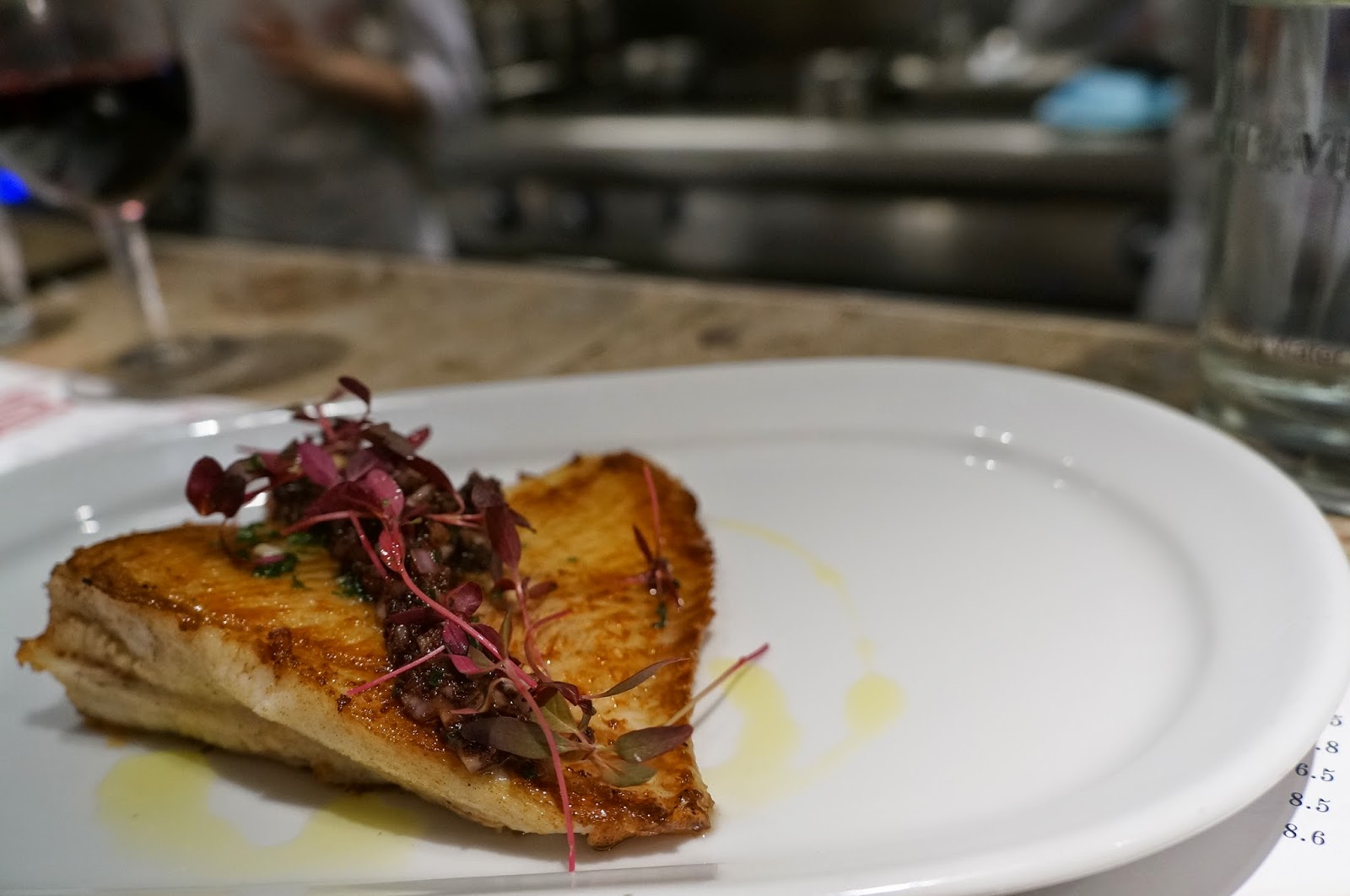 I love Barrafina. I hate the queue. As if standing behind a row of people chomping through plates and plates of immaculate-looking food wasn’t torturing enough, the open kitchen sends waves of mouthwatering food perfume that gets the stomach roaring. The good news is there is now a Barrafina No. 2 on Adelaide Street. It doesn’t make the queue any shorter, don’t be silly. It’s simply another queue.

Shan has given the new tapas bar his nod of approval. Twice. I know I’ll miss Spanish tapas so I wanted make sure I check out the new Barrafina. The slick tapas bar follows the same style as the one in Soho; a long marble bar paired with red leather stools, with a great view to the open kitchen. The wait was minimal during this Easter weekend, we were seated within 20mins or so. 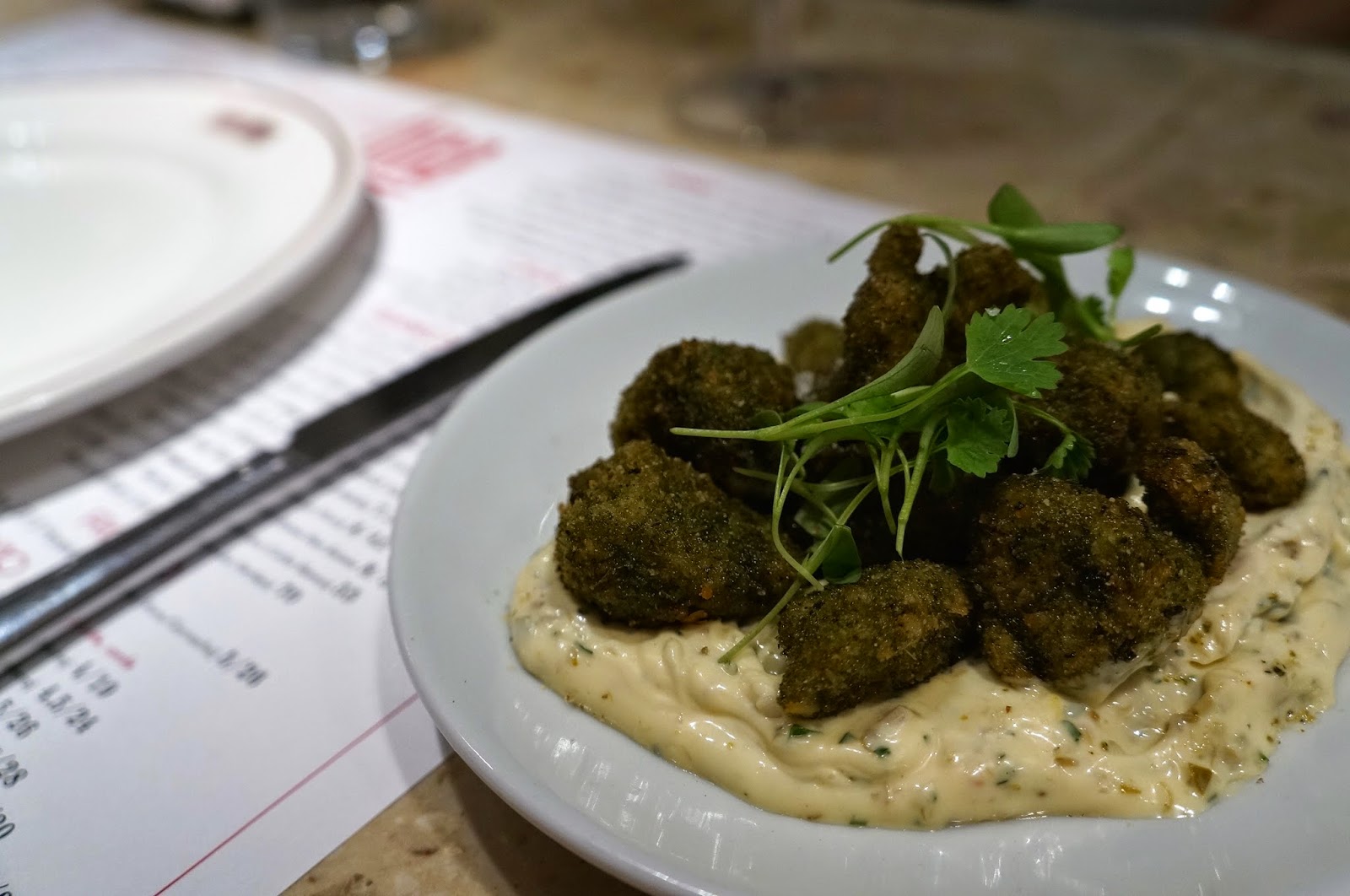 The lumps of sweetbread were coated by herbs before deep-frying, served on a bed of extra creamy tartare sauce. I liked the idea; thin crispy shell enveloping velvety richness. Problem was the smaller morsels were more cooked through than the larger pieces, and inevitably had a coarser texture. It didn’t become grainy though, just not as enjoyable and definitely not the same as Casa Malevo. 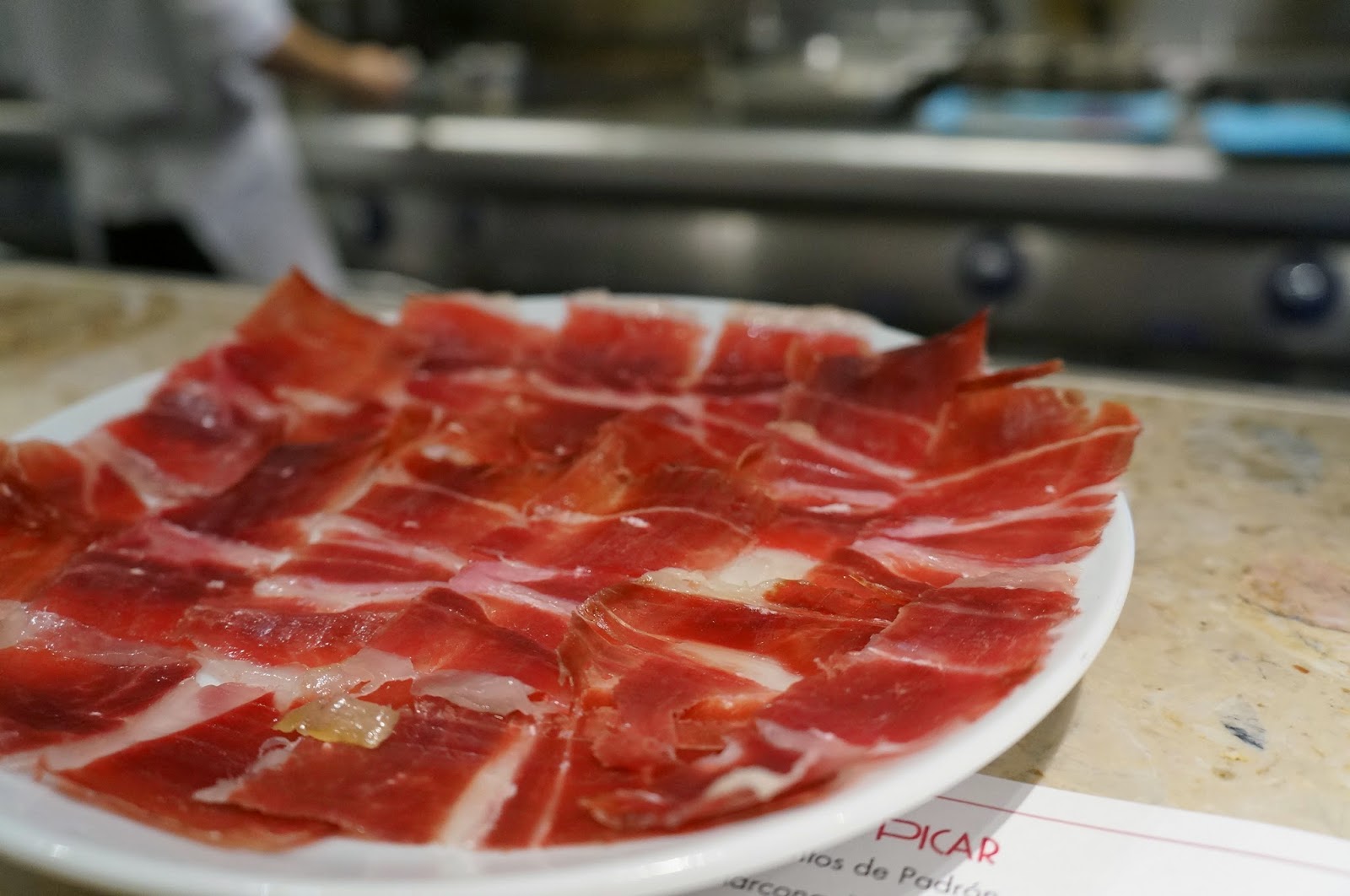 One of the best things about Europe. I shall miss this.

Skate wing is one of my favourite fish. The seemingly difficult and bony part of the fish is packed with melty, gelatinous collagen, the slithery flesh effortlessly falls off the bones by gently scrapping lengthwise. The thick portion of wing was perfectly cooked (which translates to marginally undercooked for me), mildly seasoned and lightly grilled to retained its succulence. The olive puree and capers on top was intense and balanced well with the white fish. It was very Barrafina. 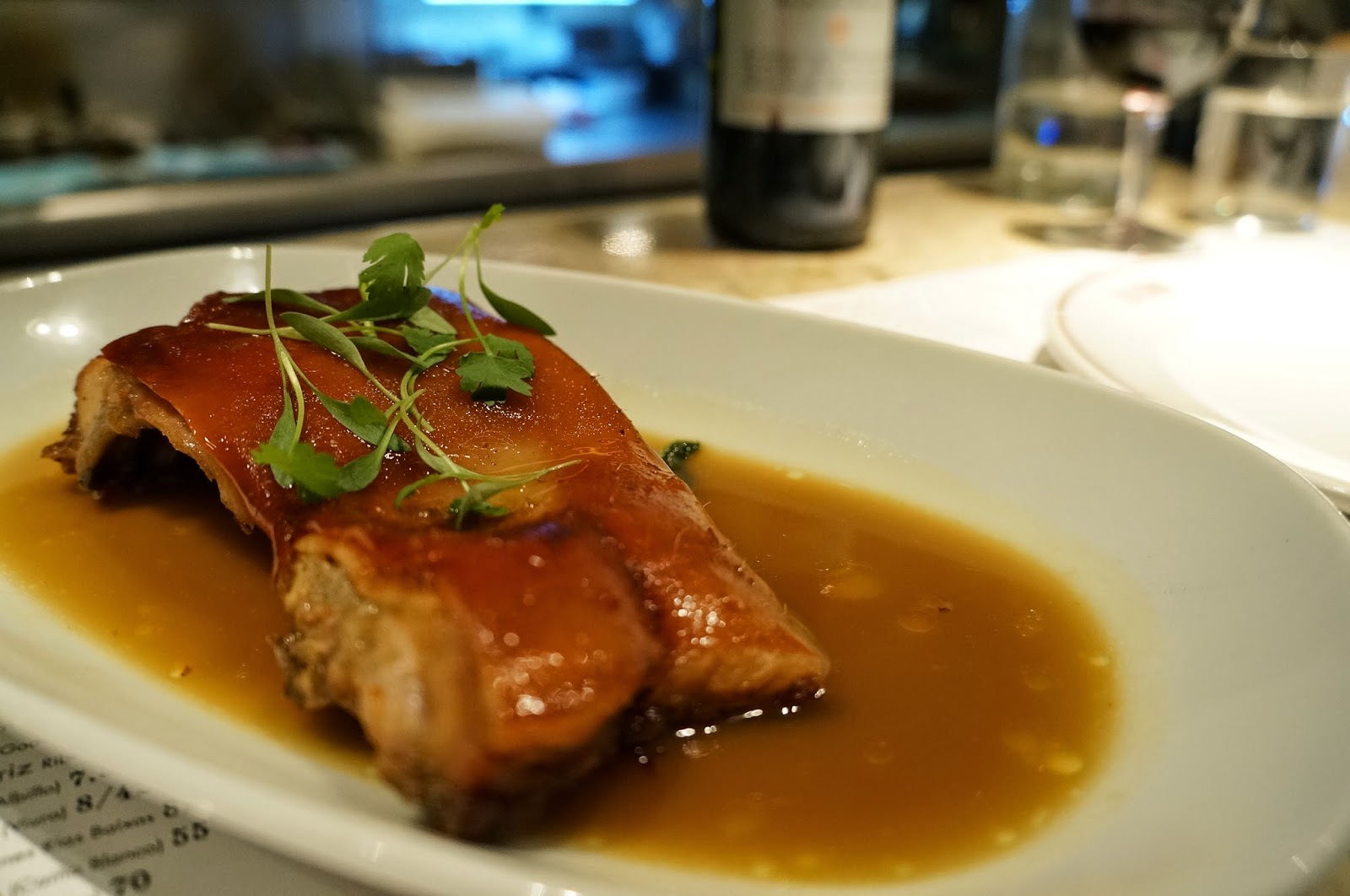 The slab of suckling pig was beautifully roasted; the crispy skin shattered away as we sank the knife into the meat. The meat was delicate and milky, with a thin layer of lard under the skin that added some fragrant nuttiness. Just how suckling pig should be. 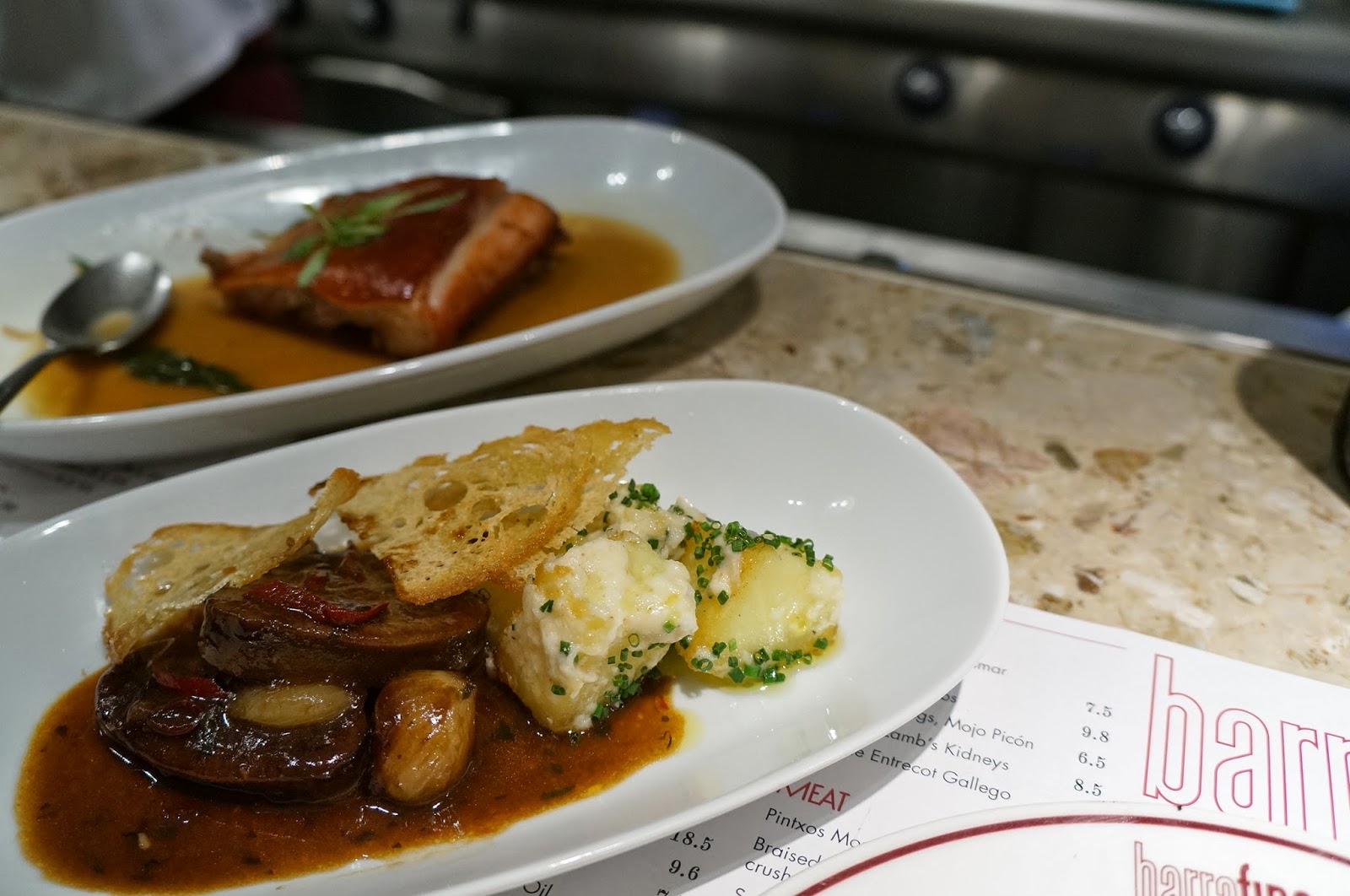 The braised ox tongue was tender but retained its chew and springiness from the tendons. The jus, though flavoursome and had the right consistency, lacked surprises. The potatoes were particularly fluffy and crumbled away with a soft poke from the fork, together with the skinny crostini, the ensemble worked well. 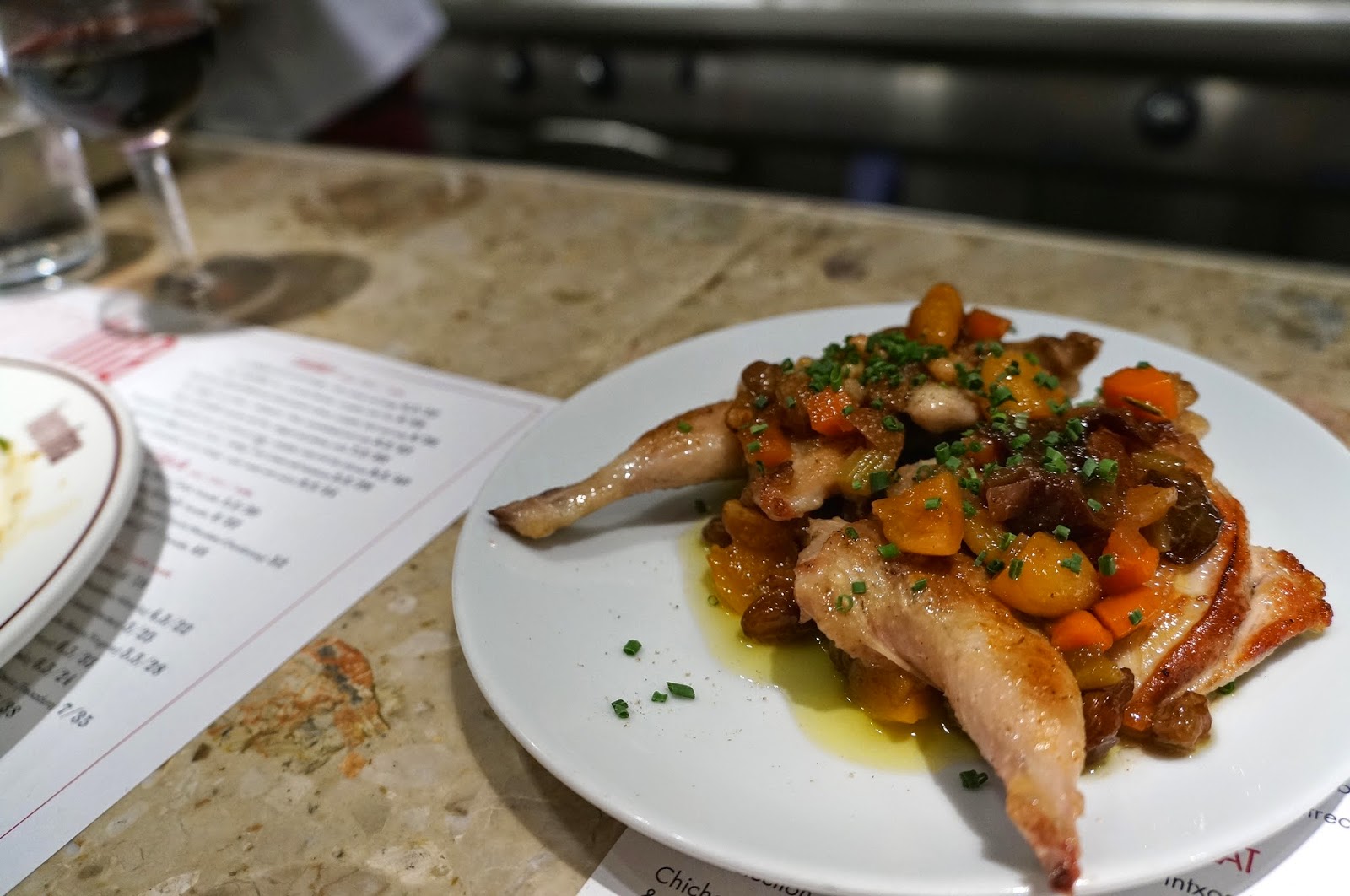 The quail was roasted to a perfect medium and then basted in a syrupy glaze to finish. The bird itself was tender, but the gamey flavours were masked by the very sweet sauce with apricots and dates. Perhaps it’s because I don’t usually like fruits in savoury dish (except pineapples) but I felt the sweetness somewhat drowned the quail. Compared to the other dishes, I thought this was off-balanced and less precise. 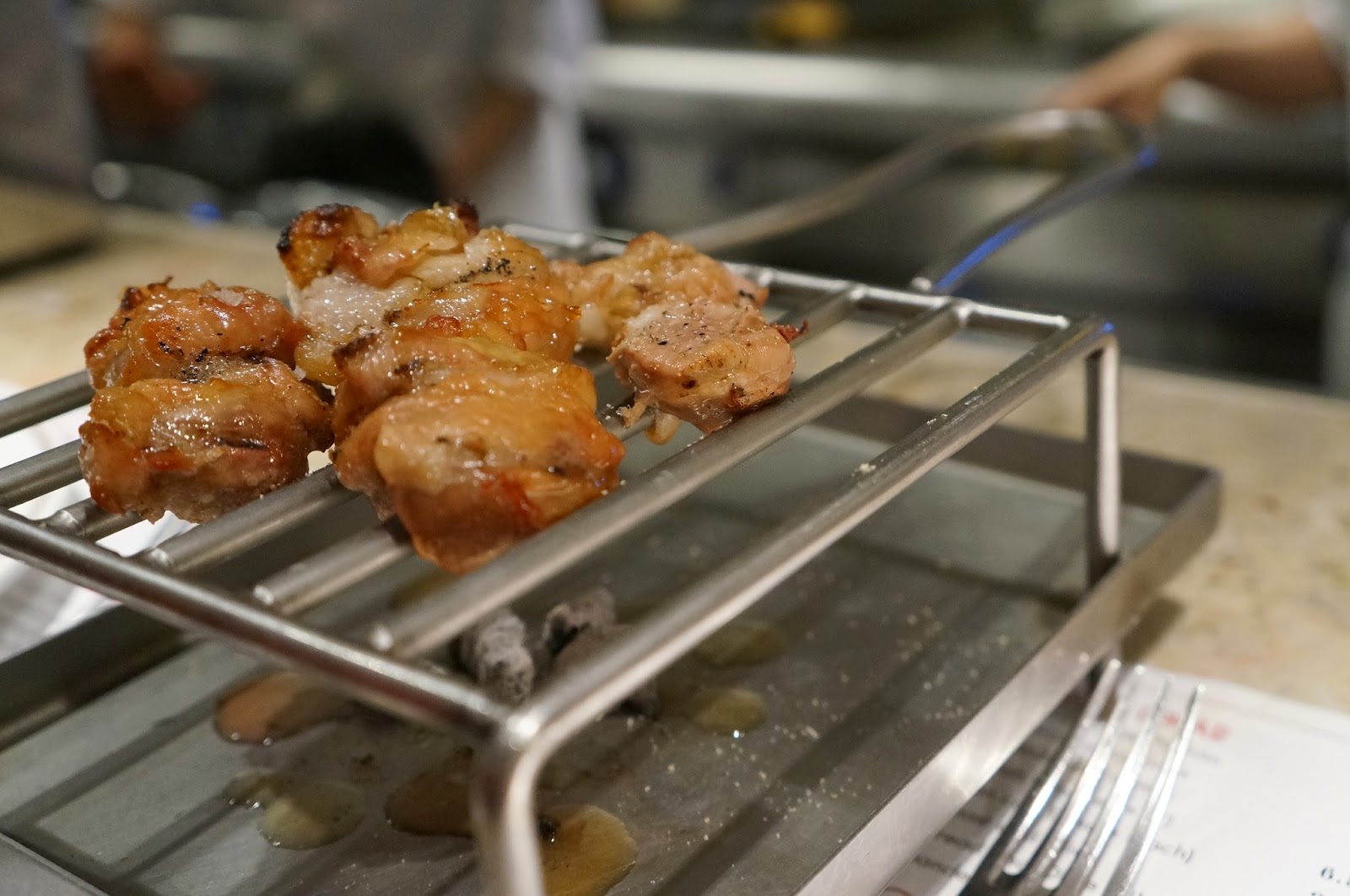 They have cleared our plates and cutlery when we saw this arriving for our neighbours; it just looked too interesting. And I’m so glad we went for it. These were nothing like the ones we had at St John’s; the diced kidneys had a fatty and luscious mouthfeel, slowly dissolved as the strands of interwoven fat melted away. Come to think of it, the buttery richness wasn’t dissimilar to bone marrow, except this had more bounce and substance. And the charcoal smokiness from the charred edges just gave it its winning edge – my favourite of the meal.

Still one of my favourite tapas bars in London. In comparison to the Barrafina on Frith Street, this new one on Adelaide Street has a more adventurous menu in terms of ingredients. They have expanded its menu beyond the usual lamb chops and chicken thighs, delved into the daring land of offal and brains. Quite rightly so as both the lamb kidneys and sweetbread were excellent. I wasn’t brave enough to try the brain on this particular evening, perhaps if we have more wine flowing... No. Still no. If I get a chance, I’d come back for the oysters and Iberico pork ribs, half the kitchen team recommended them.