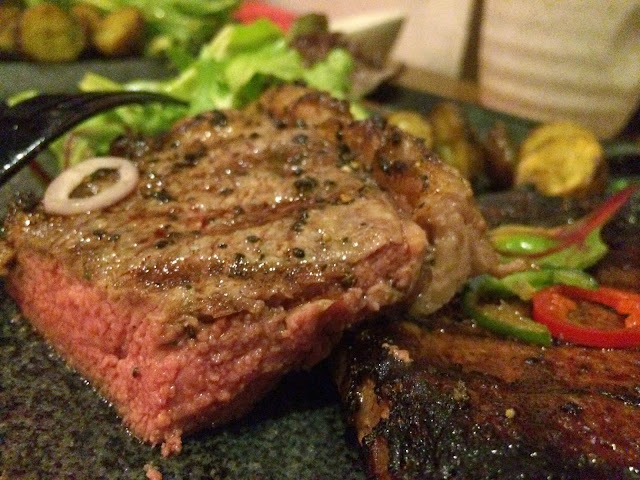 After a month of indulging on Asian meals, a small part of me was craving for slabs of meat. Just as well the girl who got me the job here suggested Fyr Cycene ond Drinc for lunch. Miss P sold me Singapore over the phone and has been spot on with her recommendations - she knows her stuff. 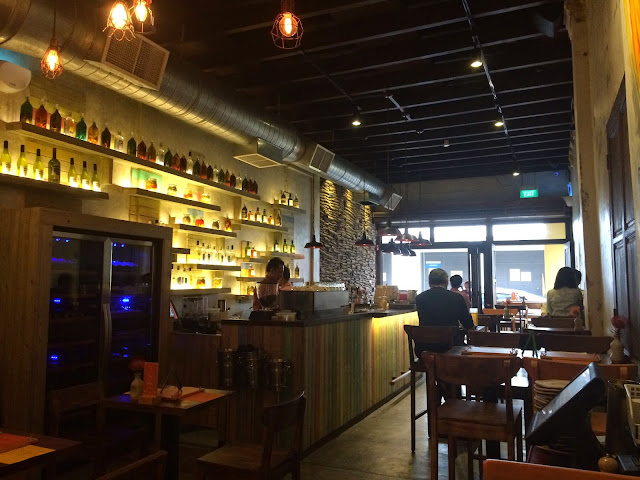 Nested among a row of trendy restaurants on Boon Tat Street, 5 mins walk from the banking offices, Fyr Cycene ond Drinc is pronounced as “Fire Kitchen And Drink”. No idea what language they derived the name from, but they seem to put much emphasis on their Josper grill, so it’s safe to assume a meat-heavy grill menu. The lunch menu offered 3 options for each course. It appears that Miss P and I have similar taste... 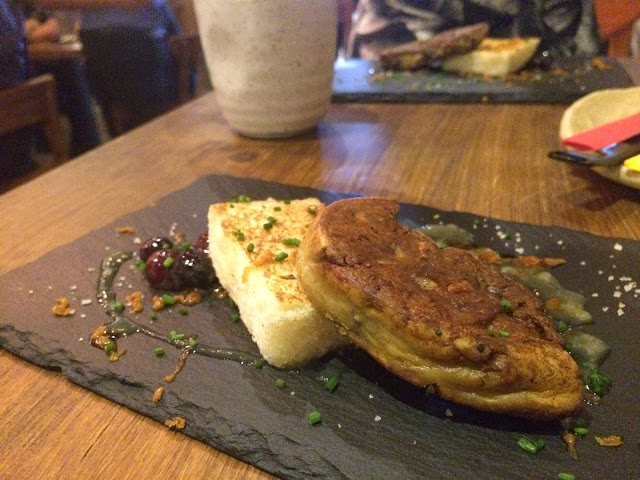 We both went for the same starters. As you could see the foie gras was a tad wrinkly as it wasn’t seared to a crispy edge to give it the charred fragile shell. Nonetheless the centre was still of a wobbly softness; it was buttery rich and exuded powerful greasy fragrance. Gula melaka translates to palm sugar, which was the intended substitute for the usual port reduction. The sweetness was either very subtle or the sharp berry compote had pierced through it. That said the acidity helped to lift the oils and worked well. The slice of brioche could be a couple of centimetres bigger to even out the ratio with the weighty slab of foie gras, but this is minor. 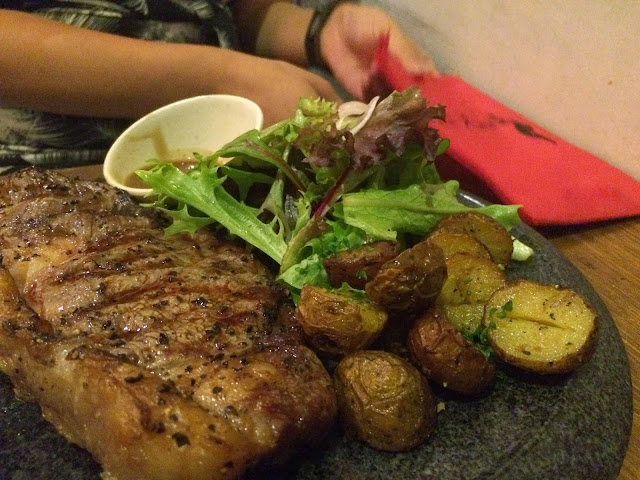 The kitchen uses a josper grill, which makes it perfect for thick cuts of meat to sealed the juices in at high temperature.

I asked for medium rare but this came as a medium. I didn't send it back - medium was still okay. The steak was a decent piece of meat, inch-thick with a generous rind of fat, unfortunately I have been crazily spoilt when it comes to steak. Having enjoyed dry-aged beef for the past few years, this striploin wasn’t beefy and intense enough; though juicy, the flavour felt diluted and slightly bland. Moreover I’m a rib-eye girl, so the leaner loin isn’t my preferred cut as it has a coarser texture. Sadly it didn’t quite hit the steak-craving spot for me. 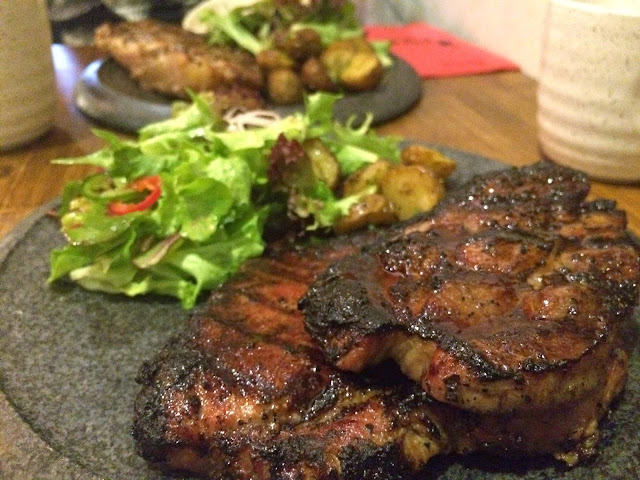 Originally we both opted for the same mains, but like real foodies ordering identical courses is frowned upon, so we agreed to diverse and share. 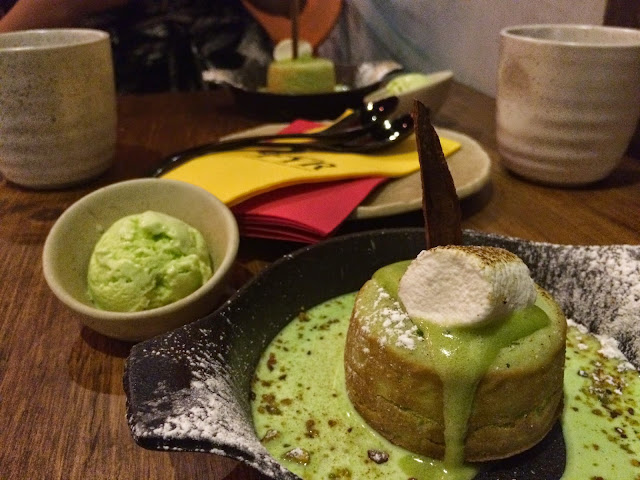 This could be the best dessert I have had in recent years. Regulars may have noticed I rarely write much about dessert because you could more or less deduce what to expect by reading the description on the menu, unless it’s epically awful then I take pleasure in ripping it apart - it’s cheaper than anger management.

The ‘melt’ is like a fondant; hot fragrant pandan custard oozes from the moist, spongy pistachio shell, playfully contrasted by the ice cream. The toasted marshmellow with a gooey centre added extra textures to the ensemble. Apparently some people think it’s too sweet, we thought it was just right.

It would have been an ultra heavy weekday lunch, but given it was Friday… we were allowed. I really enjoyed Fyr Cycene ond Drinc. Though there was nothing signatory about the menu, the kitchen did justice to the meat, especially that hunk of pork collar. Even the striploin, it was definitely more my spoilt palate than their under-delivery. With the vibrant vibe, friendly staff and super satisfying menu, I can see myself coming back.