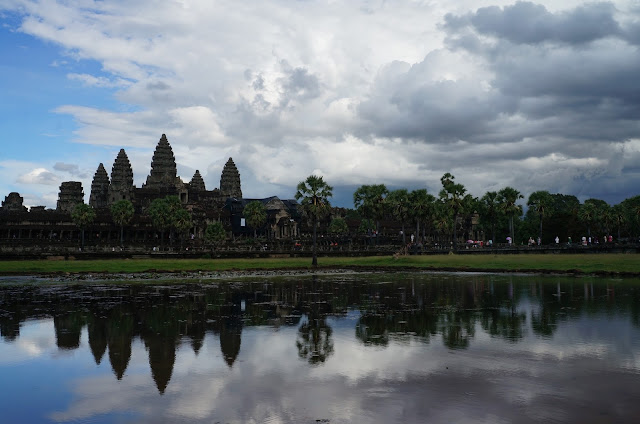 Angkor Wat has been on Mama Chan’s list since forever; like Vietnam, I feel I’m late to this ancient city. The extensive development of Siem Reap to cater for the hordes of tourists means it has drifted far from Cambodian traditions and cultures. Instead it became a small town packed with hotels, bars, restaurants and markets selling cheap clothes and souvenirs. On the positive side, Papa and Mama Chan can enjoy the Angkor Wat experience in style - it’s a perfect birthday treat for Mama Chan.

Unlike my usual game plan, everything was pre-arranged for this trip: spa treatment and body massage at the hotel, hotel dinner, airport transfers, Angkor Wat guide and tuk tuk for a day.

We started the day early to catch the sunrise. Our tuk-tuk driver was waiting for us at 4:45am. After 15mins our first stop was the ticket office, which was already busy at the early hours. Then our driver dropped us off at the Angkor Wat west entrance. It was packed with people already, and lines of tripod already took up every inch of space in front of the pond - ready for “the shot”. 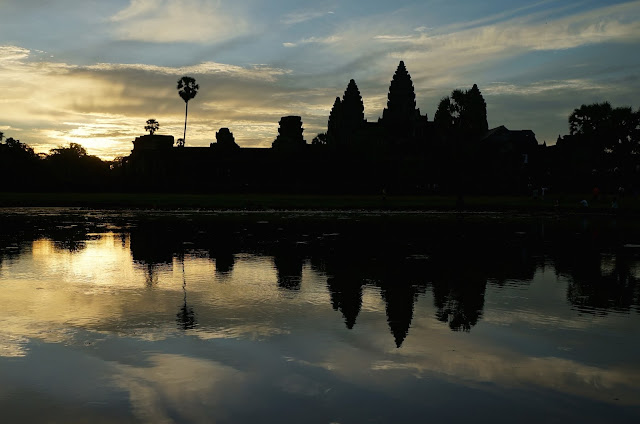 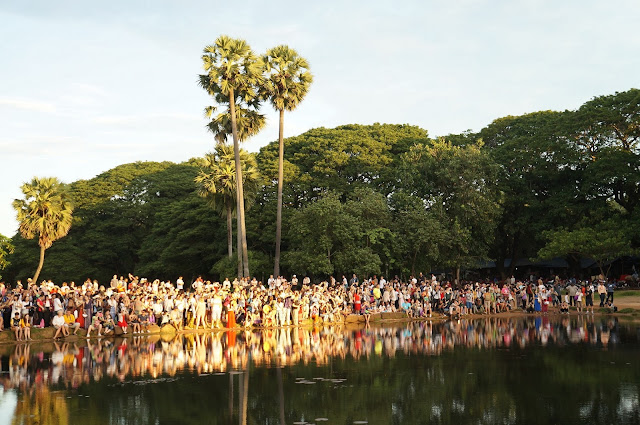 We strolled around as the crowds were relatively thin, then we headed back to the hotel for breakfast and a little nap before our guide joined us for the day. We wanted to start with Little Circuit to tick the main temples off the list, starting with Angkor Thom, the old city, via South Gate. Our guide talked us through the demons and gods, and how their heads were all stolen. Then the elephant gods on the gates. 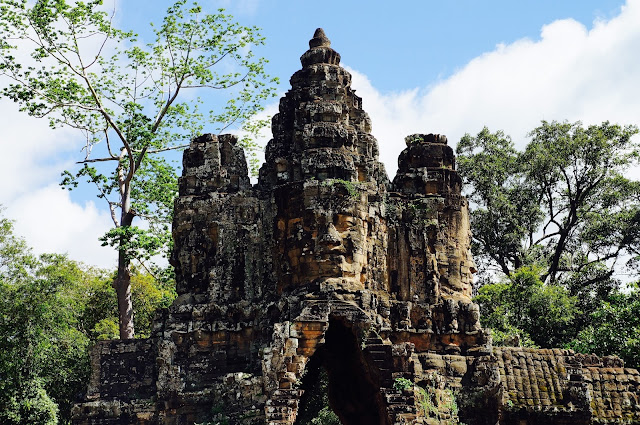 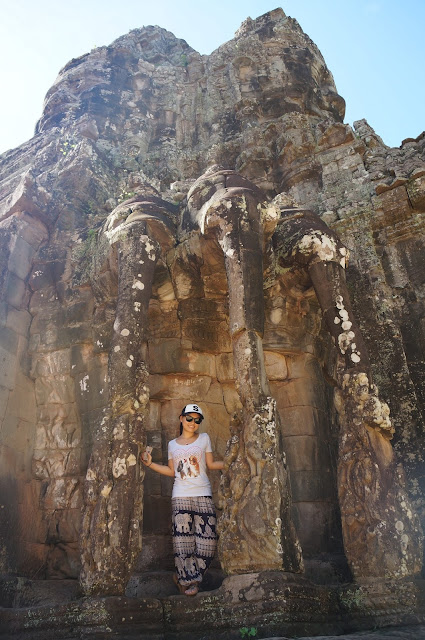 Then next stop was the Bayon, the centre of the old city. 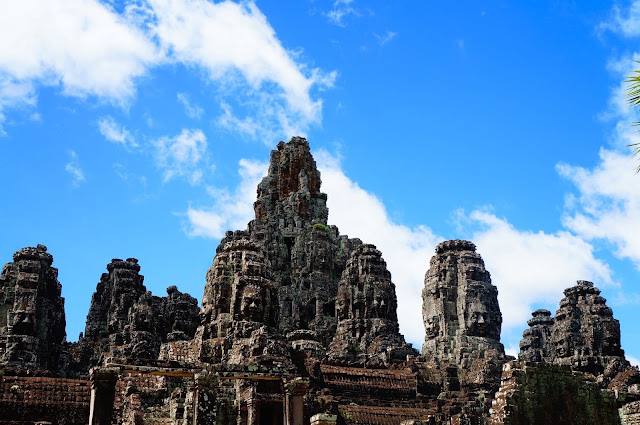 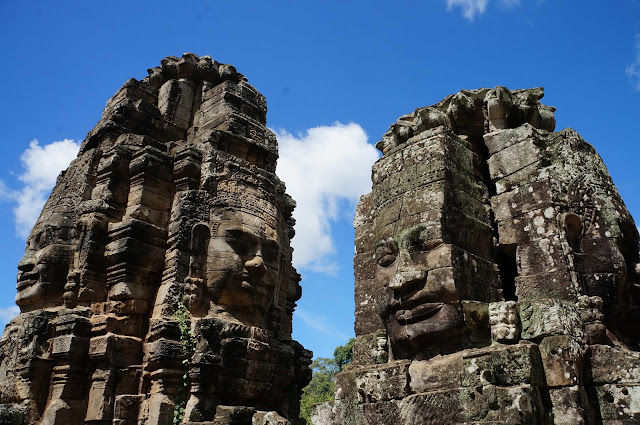 From there we talked along the Elephant Terrace and The Leper King Terrace. 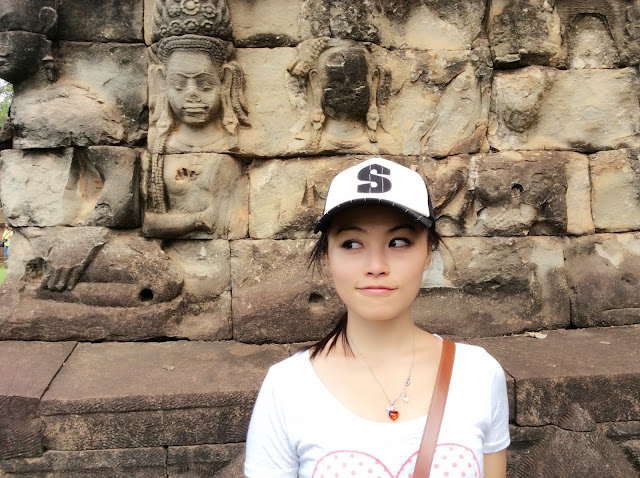 Before heading to Ta Phrom, aka the Jungle Temple, aka the Tomb Raider Temple, I asked to stop at a quieter and smaller temple. 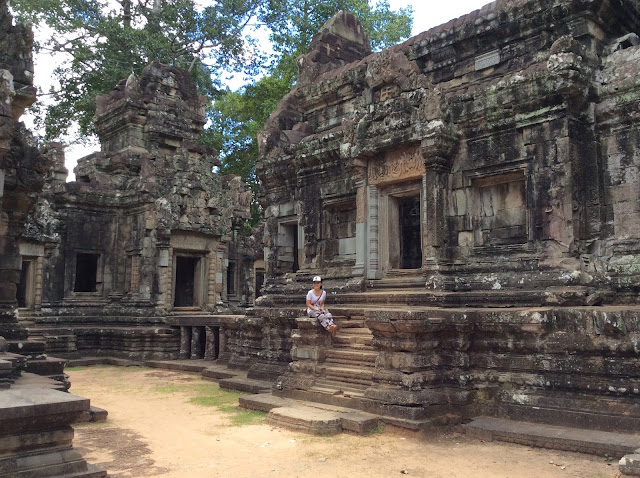 Ta Phrom was absolutely stunning. The way the trees have weaved their way through the temple was incredible. 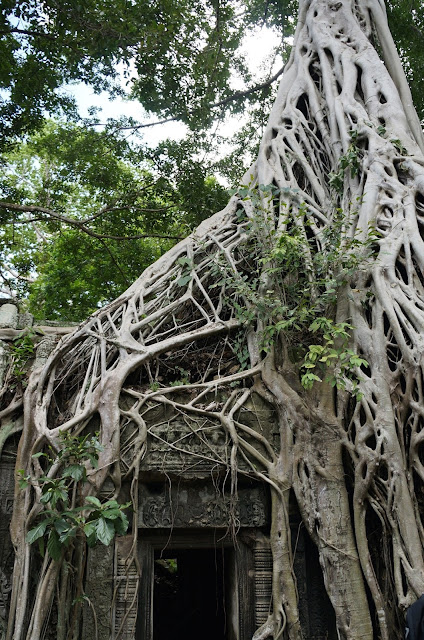 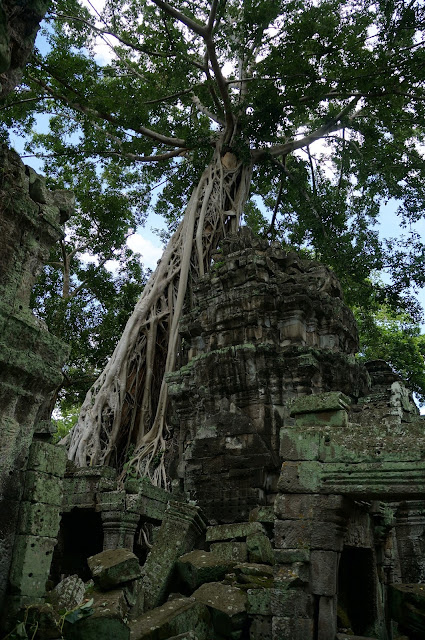 After stopping for lunch, we headed back to Angkor Wat via a pink temple. Our guide talked us through the galleries on the first level, then the second level where the monks used to live. Shame we couldn’t climb the third level as it was a Buddha day. 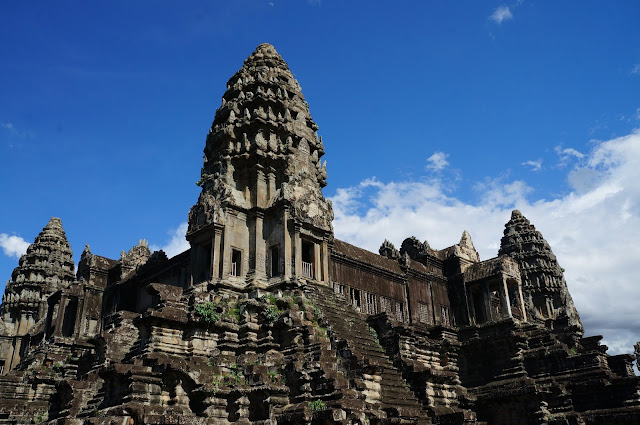 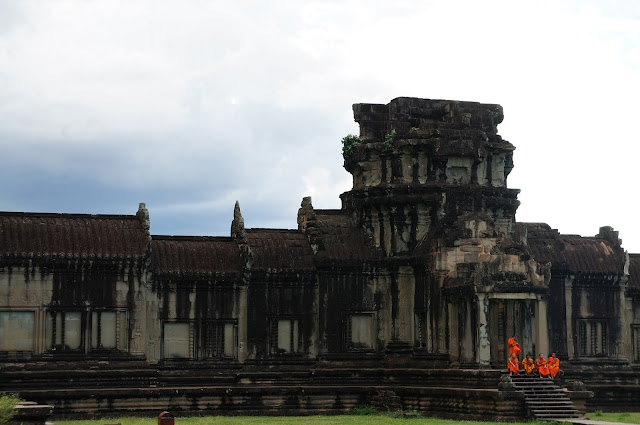 On our way to Phnom Bakheng to catch the sunset, the storm also caught up with us. We stayed in the tuk tuk for 45mins as the rain bucketed down. Eventually we gave up and ended the tour, thinking it would have been too cloudy to see anything anyway. Well, when we were back in the hotel, guess what, the sky cleared and we just watched the spectacular sunset from the balcony instead…without Angkor Wat -.-

We had dinner at the hotel, which was 3 courses of beautifully presented Cambodian cuisine. Papa Chan was much more confident about the food here. Much better than the dodgy restaurant we tried in town yesterday. The Amok Fish was particularly good, with chunks of fish cooked in coconut milk and a concoction of herbs. 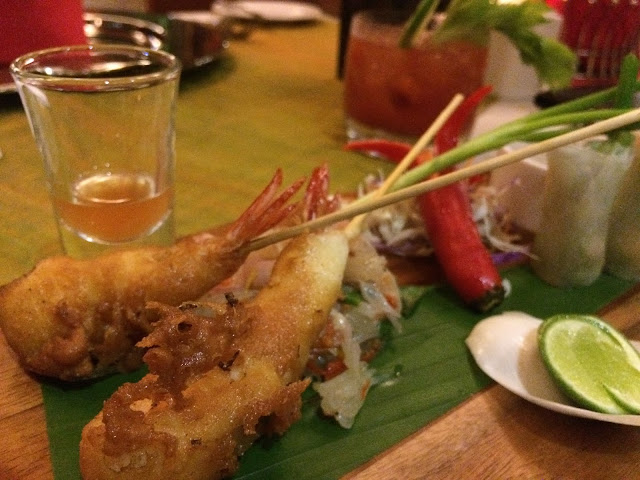 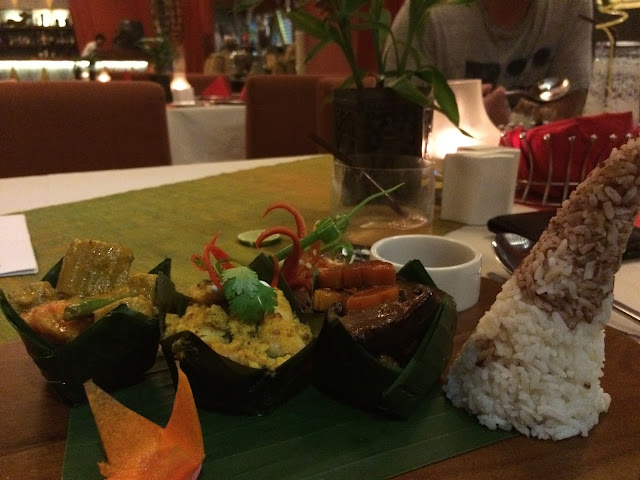 The following day was pretty relaxed. After a day of meandering around temples in the heat, Mama and Papa Chan were pretty convinced they all look a bit similar. So we had a spa and massage in the hotel followed by beer and pizza in town before catching our flight back. Pizza joints are interesting here, they are all called “Happy” or “Ecstatic” or something hyper. 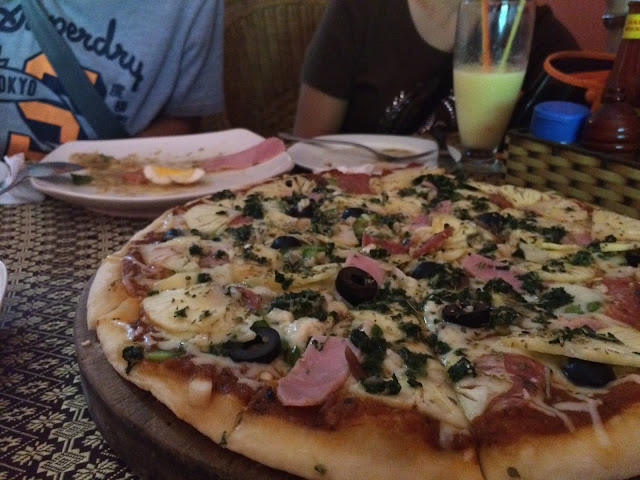 We went to Ecstatic Pizza and ordered their signature Ecstatic pizza, which had everything under sun on it. Our waitress asked if we wanted the ‘special herb’ on our pizza… well Mama and Papa Chan both seemed pretty normal on our way back home…they don’t need to know. 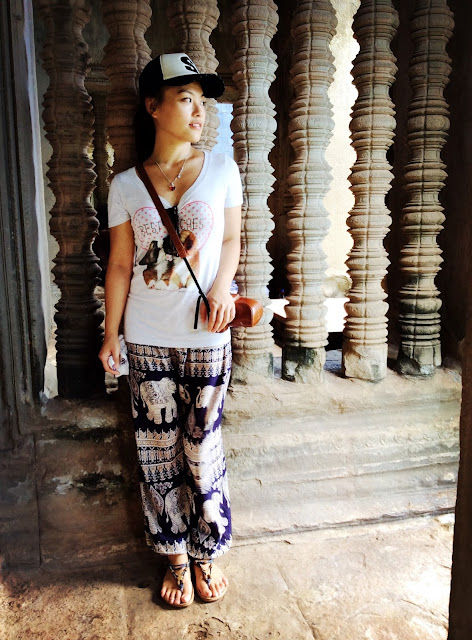