Having been slightly underwhelmed by Lhasa, we opted to venture out to NyingChi perfecture, towards Bayi which is a town 480km to the west of the Tibetan capital. 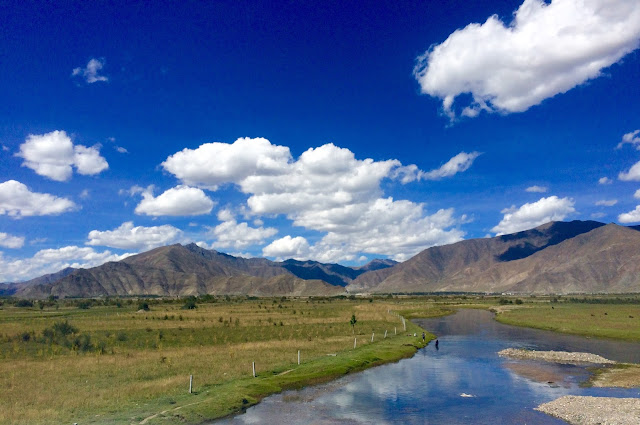 The drive towards NyingChi started with beautiful scenery for the the first 2 hours. Then we hit a patch with heavy construction works for the railway to connect the 2 cities. It’s an understatement to say it was bumpy, it was more an organ-rearranging ordeal.

Then we ascend Mira Yamaguchi mountain at 5100m, from which there is a panoramic view of the vast mountain ranges. It was stunning. 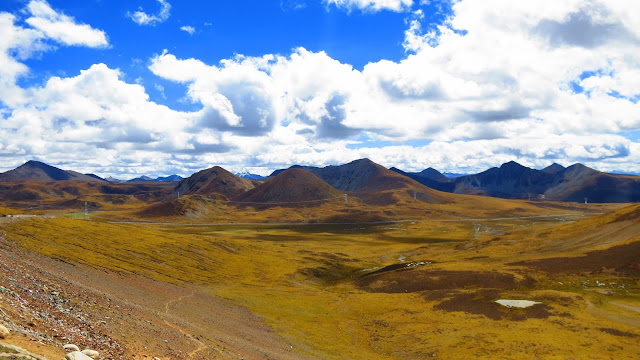 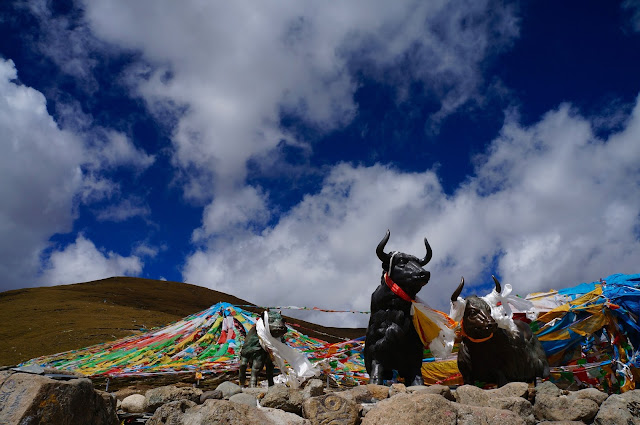 The rest of the journey was quite impressive, driving between two rows of rolling mountains, against blue skies with marshmallow clouds. Despite being at 4000m above sea level, there was just endless expanses of ever taller mountains as far as we could see. We were driving along a clear river that was meandering between the interlocking peaks.

About 8 hours in, we arrived at Basomtso Lake. The lake is at 3700m above sea level, with a small island in the middle, on which there was a small temple. Bro thought it wasn’t as impressive as Lake Bled or Yamdrok. It’s just different and still quite nice. I wouldn’t make a special trip but given it’s en-route, there was no harm in checking it out. 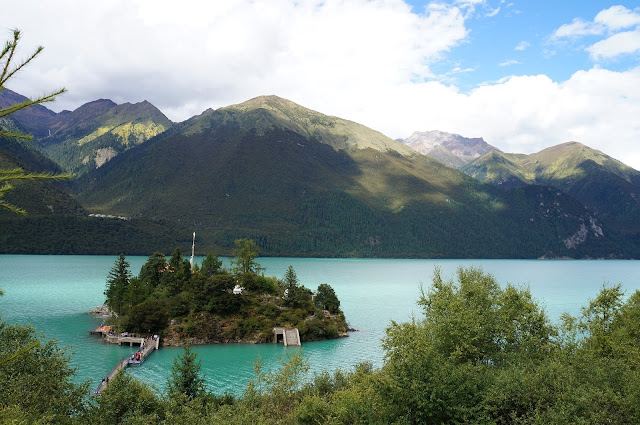 Not too far from Basomtso Lake, about an hour drive, we reached Ka Ding Gou. The national park shows off a waterfall and rock formations that resemble a goddess, buddha, scared animals etc. Honestly, it’s all down to interpretation and how good your imagination gets. I suppose locals also associate the various natural wonders with their religion, and we have to respect that. 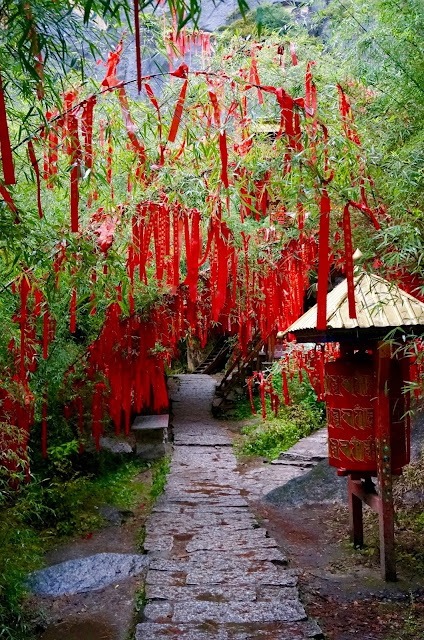 Bayi is the main town in NyingChi. It’s basically a smaller version of the newer areas of Lhasa, where the streets are planned and most buildings are new. Nothing much to see, though it’s a good base to explore all the sights around NyingChi. 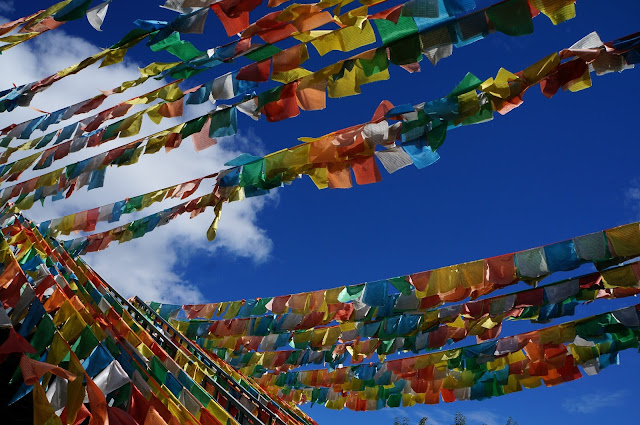 The following day we rose early to visit LuLang, which is a high viewpoint above the sea of forest. Sadly the weather wasn’t great in the early morning and we couldn’t see much.

Another 3 hour drive got us to the Yarlung Tsangpo Great Canyon. This is supposed to be the largest canyon in the world, following its discovery by a Chinese explorer in 2005. The highlight is probably the Namjagbarwa Peak at 7782m above sea level. 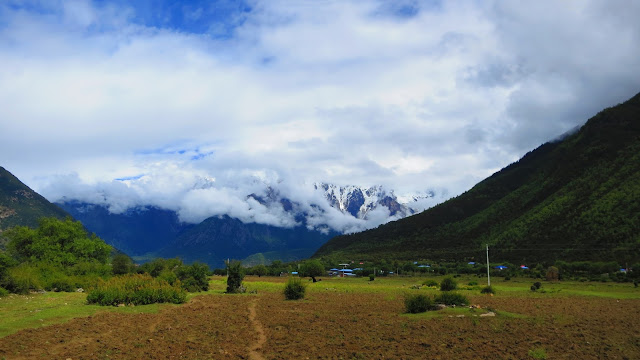 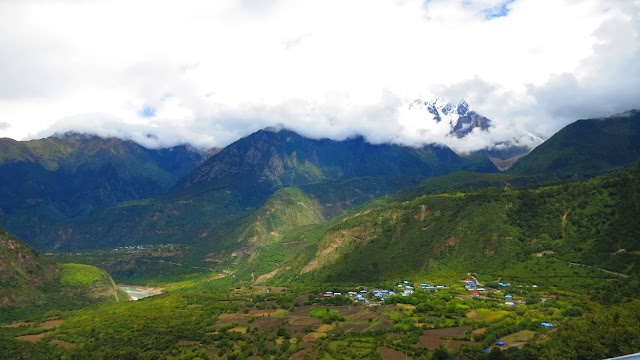 There is a very controlled system in the canyon. We had to get on the touring buses within the park, which is the bus we had to stick to throughout our time there. We were then dropped off at various points along the canyon with specific time allowance. Not that there was any other way to see the canyon, as it was humongous, just not a fan of being herded around.

We found a tea house in Bayi that served traditional Tibetan snacks, so we tried Tibetan noodles and Wor Wor Tao, which is a type of bread lightly pan-fried in a wok. The noodles were quite springy compared to the Shaan'Xi ones. 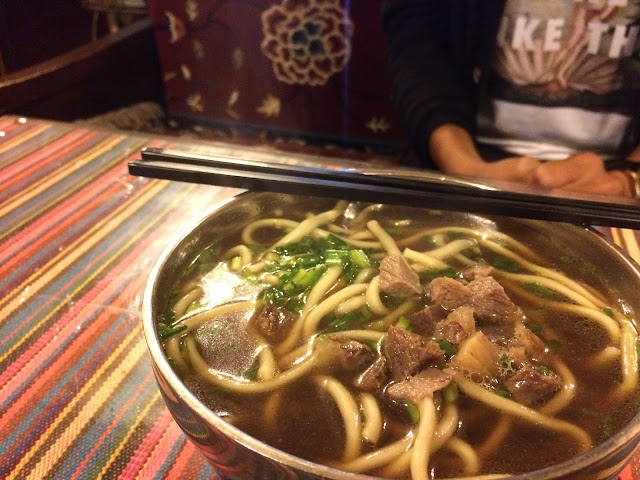 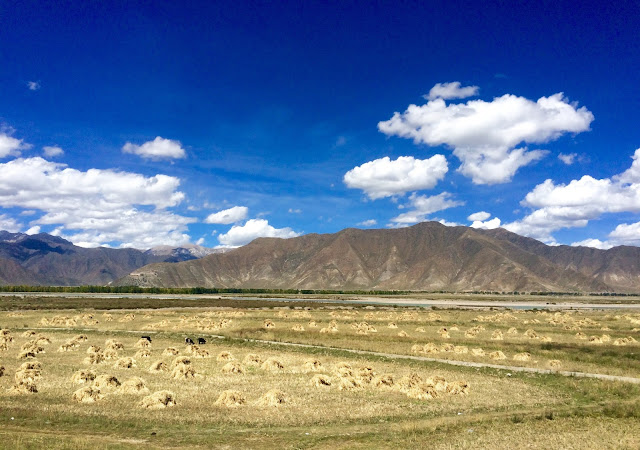 We spent the third day driving back to Lhasa, re-visiting some of the landscapes we saw on our way in. Beautiful weather makes all the difference to the scenery.
at 23:39